In Face Of Threat To Salman, 10 Times When Bollywood Crossed Path With Underworld 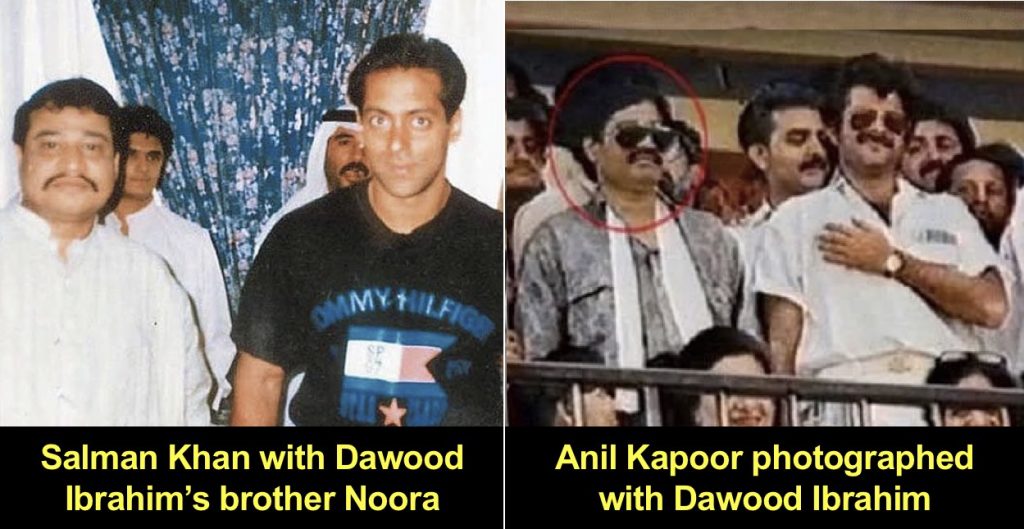 In 2000, Rakesh Roshan, father of Hrithik Roshan refused to give dreaded don Ali Baba Budesh a share of the profits from Kaho Na Pyaar Hai. For his refusal to entertain the extortion demands, Budesh’s men openly shot him in the arm and the chest while he was close to his office. Think about how even after being such a big name and having bodyguards, the mafia got through.

How can we forget Sanjay Dutt and his connection with the 1993 Mumbai blasts, where it is alleged that close associates of Dawood, including Abu Salem, visited Sanjay and stored guns at his home.

The famous actress Mandakini’s alleged affair with the don. As per the various sources, the D Company, which financed a lot of Bollywood movies, used its influence to cast her in movies.

Abu Salem, the known gangster, had a connection with aspiring actress Monica Bedi. As per the various sources, he used to force a lot of directors into casting her in their movies. They have separated after their arrest, with Salem still behind bars.

The whole country was left shocked when T-Series owner Gulshan Kumar was shot to death in broad daylight in 1997. He was brutally shot by the members of the underworld when he was on his way to the temple. Gulshan Kumar’s brutal killing is one of the most brazen and high-profile attacks against Bollywood. It is thought that the hit was called by Dawood, with Abu Salem also playing a role.

Mamta Kulkarni has acted in various Bollywood movies. After a short stint in Bollywood, Mamta ran off with Vikram Goswami to live anonymously in Dubai. Vikram has cases of money laundering and drug dealing against him. And, the couple was arrested in Kenya in 2021.

The first celebrity gangster of Bombay got married to Sona, as it was said that she looked so similar to Madhubala. As per the sources, Haji had a lot of fondness for the deceased Madhubala.

Anita Ayub, a beauty pageant contestant, was another love interest of underworld terror, Dawood. When Bollywood producer Javed Siddique refused to cast her in a movie in 1995, he was shot dead in cold blood by one of Dawood’s people.

As per various sources, underworld gangsters – Budesh and Dawood – are known to extort massive amounts of money from Bollywood. From time to time people like Mukesh Bhatt, Boney Kapoor, and Rakesh Roshan have admitted that they received threats for sharing profits with dire consequences if they didn’t comply.

SRK, the superstar has openly admitted to speaking to dreaded gangster Chhota Shakeel under duress. As per the sources, he claimed that he had to listen to a story and decide whether to make a film about it. He also received death threats after the movie Happy New Year.

Several other famous film stars have seen the underworld hinting toward a deep connection between Bollywood & underworld.