It’s the weekend, and we are back with the watchlist for you. Alongwith amazing thrillers like Monica O My Darling, Breathe S3, and Mukhbir, this weekend sees the release of romcoms like Falling For Christmas. 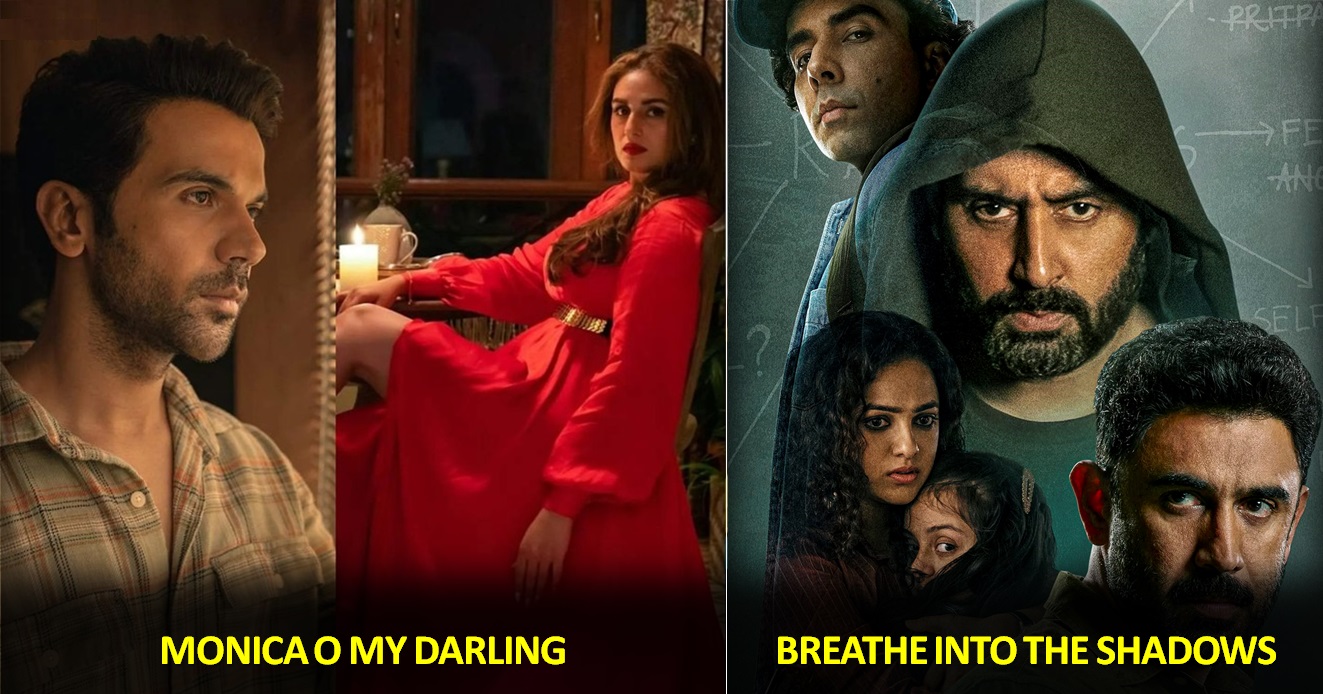 New releases this week: Monica O My Darling to Breathe S3 to The Crown, 9 new movies and shows on Netflix, Amazon Prime Video, Hotstar, ZEE5, and more for weekend binge-watching.

This comedy-thriller starring Rajkummar Rao, Huma Qureshi and Radhika Apte will surely keep you hooked. Rao stars as a smart robotics engineer trying to hide his secrets, but stumbles on a deadly mystery. The audience have given it a big thumbs up, and it has been rated 7.9 on IMDb.

2. Breathe Into The Shadows – Season-2

Abhishek Bachchan and Amit Sadh are back with the Season-2 of the thriller show. The story of ‘Raavan Killer’ – Avinash/J continues as we get to know what happens to Avinash after he is caught, and tried to overcome his split personality J. Will Avinash win, or will J control him again? Watch it on Prime Video to find out.

The Royal-drama returns with Season 5. The show takes us through the turbulent 80s and 90s, and how Queen Elizabeth-II navigates the challenges. With 3 out of her 4 children going through separation, Queen described the year 1992 as her “Annus Horribilis”.

Lindsay Lohan makes a comeback with this Christmas flick. It is a cheerful rendition of a heiress who loses her memory in a skiing accident. How she lands up with a widower and his daughter, and how romance shapes up – will make you smile.

Mukhbir is an espionage drama that centres on an Indian agent in Pakistan. You can count on being on the edge of your seat as a result of the captivating story. Starring Zain Khan Durrani, Prakash Raj, Zoya Afroz and Barkha Bisht, the show how a spy helps India win the 1965 war.

The official remake of Israeli show “Fauda”, Tanaav is a thriller series consisting of 8 episodes. Set in Kashmir, the show revolves around a Special Unit and delves into the drama behind the ideologies, complex emotions, and much more.

This crime-thriller stars Mel Gibson in the lead role. The movie is the story of a hacker, who is forced to rob a bank. But will the bomb-expert (Gibson), be able to find the real culprit. Watch the movie to find out!

The popular show returns with S3, and focuses on exposing how the Mumbai underworld makes money. Extortion, Killings, Trafficking and much more are laid bare with the help of insider interviews.

On Wild Island, Elmer Elevator looks for a captive Dragon but discovers much more than he could have imagined. This animation movie is a perfect watch if you’re looking to spend some time with your kids this weekend.

Which one’s your favorite? Tell us in the comments below!