It is heart-breaking how even in 21st century our Indian society is so overly obsessed with sons that it is ready to go to any extreme. Recently, a 40-year-old woman from posh Dadar area of Mumbai filed a complaint with police that left many shocked. As per the reports, she alleged that she was forced by her husband to abort eight times to fulfil his desire to have a son.

As per the news report, a retired judge had married his daughter to a highly educated and prestigious family in 2007. The husband and mother-in-law of the victim are lawyers themselves and her sister-in-law is a doctor. 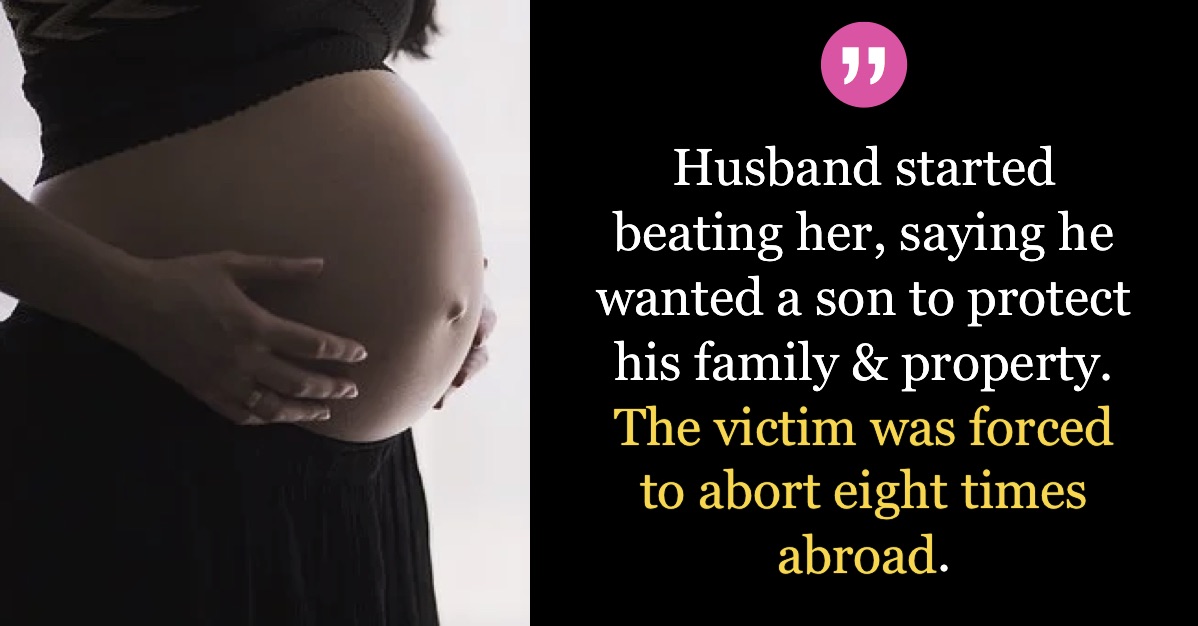 While sharing the heart-breaking details, the victim alleged how a few years after the marriage, her husband started beating her, saying he wanted a son to protect his family and property. The victim was allegedly forced to abort her child eight times abroad.

In year 2009, the victim gave birth to a baby girl. After two years, when she became pregnant again, her husband took her to a doctor and forced her to have an abortion, saying he did not want a baby girl. Post the incident, the atrocities on the victim just increased. The accused husband also started treatment for having a boy child in Mumbai.

The accused took his wife to Bangkok for a pre-implantation genetic diagnosis. The victim was undergoing the treatment and surgery by examining the sex of the embryo before conception. For this, the victim has given more than 1,500 hormonal and steroid injections.

While the investigation is still on, it is heartbreaking how even the well-educated and well-to do families are obsessed with having a son! At IFORHER, we are disgusted and disappointed how this woman had to face such atrocities. We hope authorities will soon provide speedy justice so that it sends across the much-needed message to our so-called educated men and their families! (Also Read: Dear Society, Stop Treating Mothers Of Daughters As ‘Bechari’; They Are The Strongest)