The weekend is here. And we are back with the latest releases of OTT shows and movies. From the thriller, Dahan released on Netflix to Jogi based on 1984 riots, here is the list of new movies and shows releasing on Netflix, Disney+ Hotstar, Amazon Prime Video and more.

New releases this week: Jogi, to Dahan to College Romance S3, 8 new movies and shows on Netflix, ZEE5, and more for weekend binge-watching. 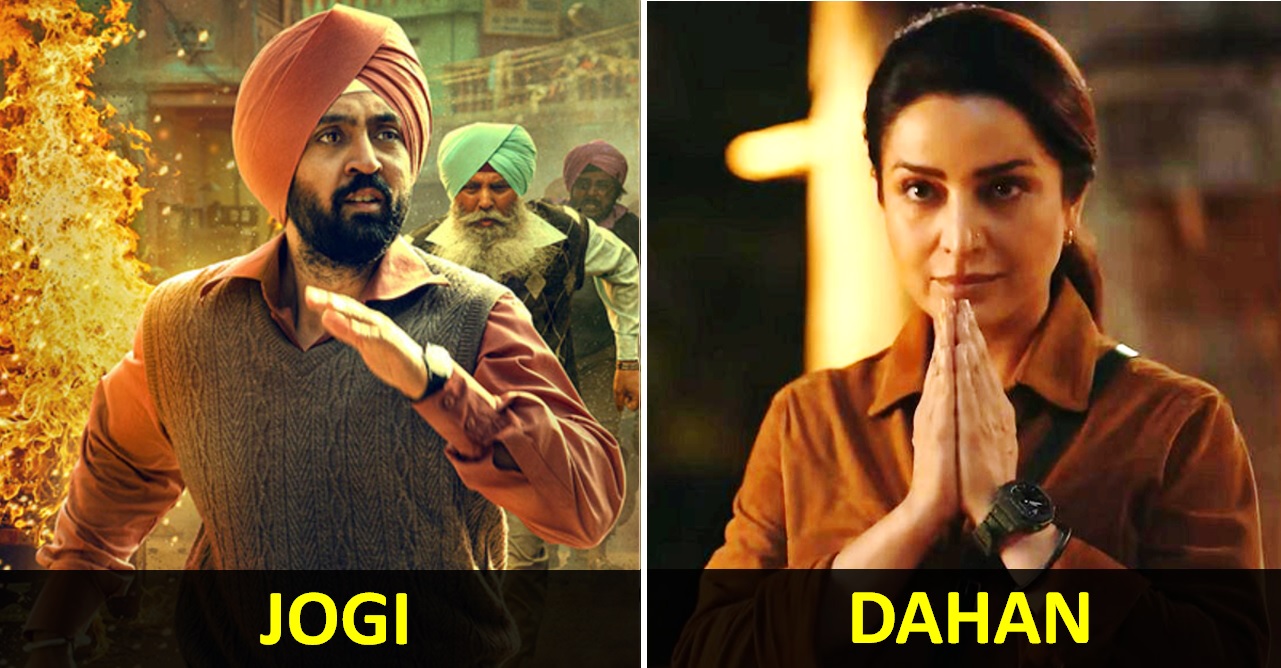 The gloomy story of Dahan is filled with myths and superstitions, touches on society and its values, and forces its protagonists to face their greatest fears. Tisca Chopra plays an IAS officer in the film. The drama begins when a mining operation poses a threat to the town, which is home to a mythical temple that, according to folklore, can inflict a fatal curse if damaged. However, Tisca’s embarks on a mission to dispel the village’s long-standing superstitions in the wake of killings and disappearances.

The story follows the journey of three friends who practice different religions in the midst of 1984 Delhi riots. They try to to aid their colony members, who are being attacked by the rioters. It is a tale about finding optimism amidst chaos and fear. Jogi is directed by Ali Abbas Zafar, who is known for movies like Tiger Zinda Hai and Bharat.

Starring Ravi Teja, the movie Ramarao On Duty, is about a non-corrupt government employee who battles the red sandalwood gang. It also features Divyansha Kaushik, and Rajisha Vijayan and is set in the year 1995.

This Malayalam movie has been directed and product by Karthik Subbaraj. The thriller movie starts with a group of movie buffs discussing movies, but things quickly take an odd, unexpected turn. Attention Please was one of the Malayalam films selected for official screening at the 25th International Film Festival of Kerala.

The Force of Nature is an action thriller starring academy award winner Mel Gibson as a retired detective, along with Emile Hirsch and Kate Bosworth. A team of a brave cop, a doctor, and a retired detective battle a deadly gang of thieves who plan to carry out a heist during a hurricane. Watch them overcome the challenge and save the city.

6. Johnny vs Amber: The US Trial (Discovery Plus, 19th September)

This is a documentary about the most popular and widely reported legal case of the decade. Covering the two polarized perspectives, this show will definitely keep you hooked.

Hanu Raghavapudi’s old-world romantic love story Sita Ramam is like a warm hug of life that has endearing performances by Dulquer Salmaan and Mrunal Thakur. And, that’s the reason why despite the post-pandemic slackening viewership, Sita Ramam, turned into a massive hit.

College Romance S3 focuses on the different types of relationships that a college student has and the conflict that one faces in order to maintain these relationships. The series is directed by Parijat Joshi and produced by Arunabh Kumar for The Viral Fever.

Which ones are your favorite?  Tell us in the comments below.