The weekend is here. And we are back with the latest releases of OTT shows and movies. From Bablu Bouncer released on Disney+Hotstar to Jamtara Season 2 on Netflix to Hush Hush on Netflix, here is the list of new movies and shows released on Netflix, Disney+ Hotstar, Amazon Prime Video, and more.

New releases this week: Babli Bouncer to Hush Hush to Jamtara to The Kardashians, 8 new movies and shows on Netflix, ZEE5, and more for weekend binge-watching. 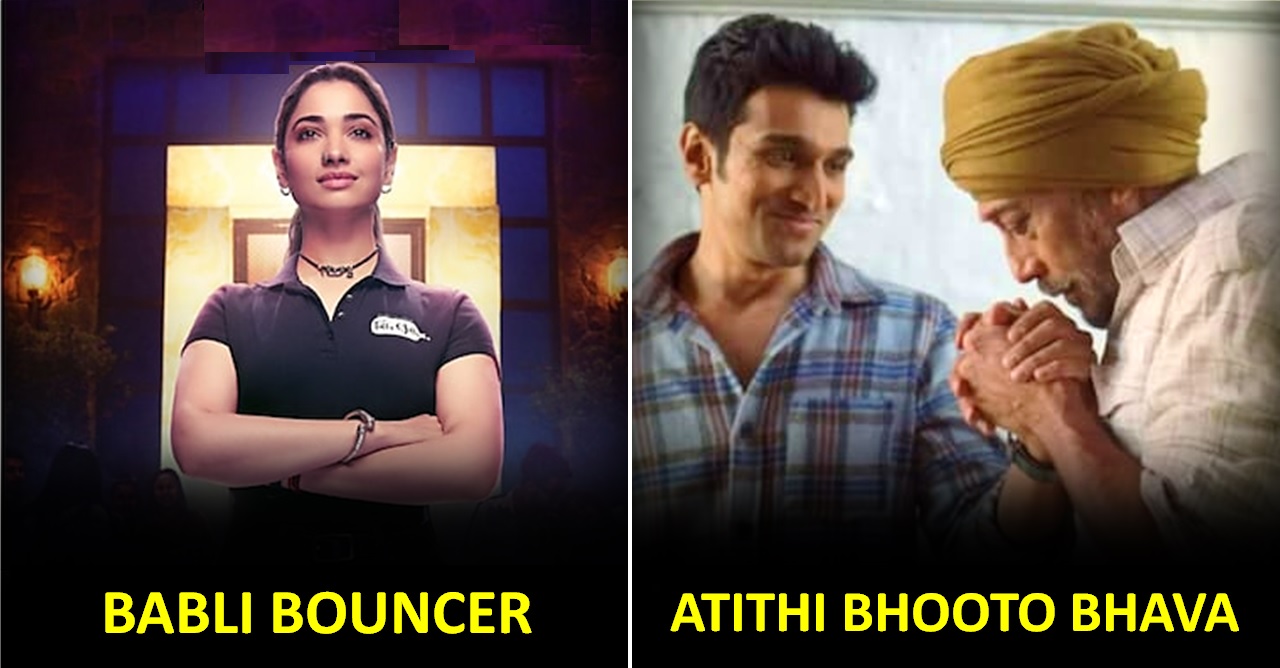 Starring Tamannaah Bhatia in the lead, ‘Babli Bouncer’ is a one-of-a-kind movie about a female bouncer that makes an attempt to show how women can do anything a man can. It explores the various facets of the profession, which is usually dominated by men. From riding a bullet to lifting heavy weights, Babli Bouncer will touch your heart with her passion and determination. Directed by Madhur Bhandarkar, the film also stars Saurabh Shukla, Abhishek Bajaj, and Sahil Vaid in pivotal roles.

After a successful 20-seasons of ‘Keeping Up with the Kardashians’ and ‘The Kardashian Season 1’, the reality TV star family is back with season 2. The Kardashians is an upcoming reality television series focusing on the personal lives of the Kardashian-Jenner family. This season will also mark the debut of stand-up comedian Pete Davidson, who was dating Kim Kardashian at the time. And, the show will also capture Kylie Jenner’s second pregnancy with boyfriend Travis Scott.

With talented actors like Jackie Shroff, Pratik Gandhi, Sharmin Segal in the lead roles, this romantic comedy will touch your heart. The movie revolves around Srikant Shirodkar (Pratik Gandhi), a stand-up comedian who takes his relationships for granted. Srikant’s life turns upside down when he bumps into a middle-aged ghost, Makhan Singh (Jackie Shroff), who claims to be his grandson from his previous birth. Things take an even more comical turn when the ghost seeks Srikant’s help to meet his long-lost love.

One-of-a-kind show Jamtara received a lot of love when the first season came out. This unique series revolves around the phishing empire run in India from the backwaters of this tiny Jharkhand suburb. The show immediately captured people’s attention with the first season. Though the second season may seem to be less impactful than the predecessor it manages to leave you intrigued. With newer plots, complexities, and storylines, this show will keep you engaged.

Starring Sargun Mehta, Jasmin Bajwa, Gurnam Bhullar, Guri Billing and Ramandeep Jagga, this romantic comedy is directed by Ksshitij Chaudhary. The movie revolves around chaotic situations in the lives of a newly-wedded couple.

Starring Tom Hanks, the movie is a remake of Disney’s 1940 classic animated movie about a wooden boy, who finally comes back to life in a new avatar. The wooden boy wants to become real but needs to go through a series of trials to achieve that status.

Helmed by Tanuja Chandra, the series stars Juhi Chawla, Soha Ali Khan, Shahana Goswami, Kritika Kamra, Karishma Tanna, and Ayesha Jhulka. The story is about a set of women whose lives take a dramatic turn as a secret from their past surfaces. The series is a good mix of suspense, mystery, and rollercoaster emotions.

Which one’s your favourite? Tell us in the comments below!