Lohri: Interesting Facts & Questions About Lohri You Must Know

Lohri facts & frequently asked questions about the festival: Here are some of the interesting facts that you may not know about Lohri. Scroll down to read why is it celebrated or why is it called Lohri or what popular songs are to be added to your Lohri playlist.

It’s time to celebrate the harvest festival of Lohri. On 13th January 2023, many people will be busy celebrating the Lohri festival with some great flavors and dance moves. But, there are very few who know why we celebrate Lohri. So, here are some interesting facts about Lohri that you must know: 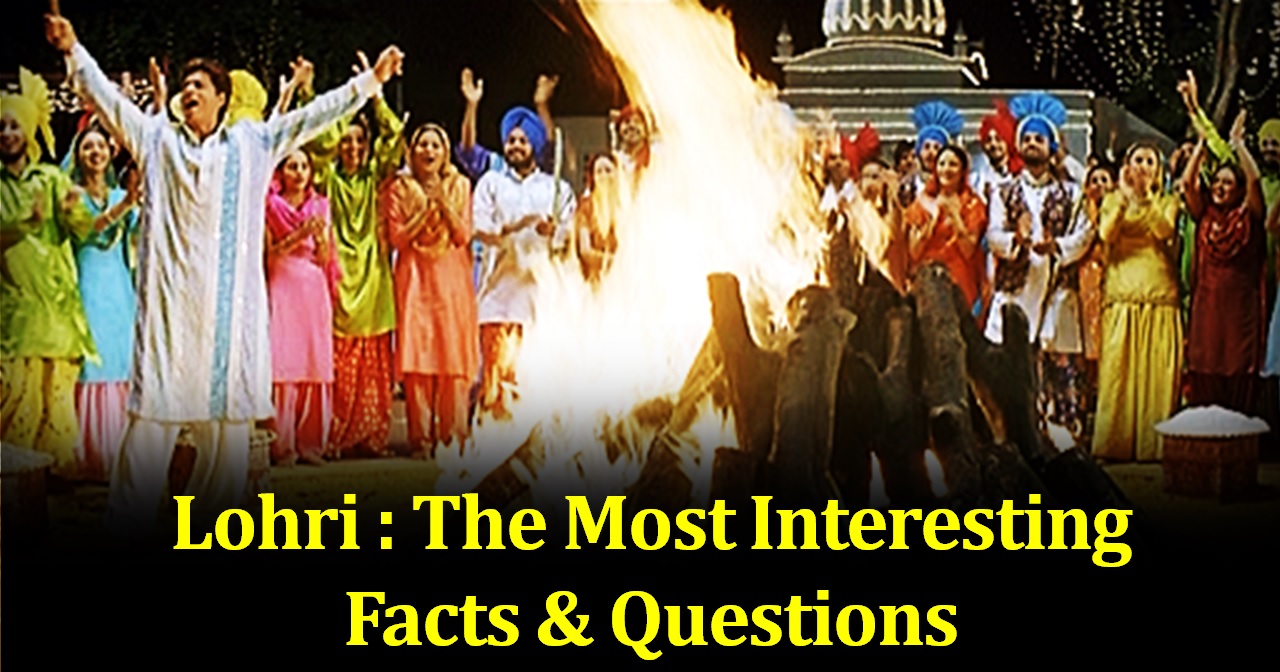 Why is Lohri celebrated?

For the unversed, the Lohri comes from three different words. L stands for Lakdi or wood whereas Oh stands for Sukha Upla and Ri stands for Rewari. Many celebrate this harvest festival by lighting fire and offering Rewari. But other than food and fire, you will find people engrossed in singing folklore and walking around the holy fire. And, there is an important reason behind this ritual of walking around the holy fire. As per many, the rounds around fire mark the sun’s journey into the Northern hemisphere. There are many, who also believe that Lohri marks the end of the winter season.

What is the mythological relevance of Lohri?

As per Hindu mythology, Lohri was celebrated to remember Goddess Sati – who gave up her own ‘Aahuti’ as her father, Daksha, and other guests criticized Lord Shiva. Goddess Sati felt so humiliated that she jumped into the holy fire, which left Lord Shiva angry. Many believe that the fire lit on this day is so pure and powerful that it can fulfill any wish. Read more to know some interesting facts about the Lohri festival…

Why is the festival called Lohri?

While there are many theories on why the festival is called Lohri, but, we believe there are two major popular reasons. One of them is the festival named after Lohita, the sister of Holika. The other is Lohri – the name comes from three different words. L from Lakdi or wood, Oh from Sukha Upla, and Ri for Rewari.

Lohri, famously known as the harvest festival, is celebrated for marking the harvest for the winter crop Rabi. Many people gather together and celebrate the hard work of sowing the seeds in form of this festival.

Lohri Night: The Longest Night Of The Year

It is believed that from the day of Lohri, the sun enters the North Hemisphere. And, hence, it makes the day of Lohri – the shortest day of the year whereas the night is the longest.

Why do people offer Popcorn, Peanuts & Rewari to fire?

Many believe that offering Popcorns, Peanuts, and Rewari to the fire brings good luck and prosperity. There are some who say that you can offer anything to the holy fire and that will fulfill your wishes.

Is the Lohri festival related to finance?

According to Sikhs, the revenue of the winter crops is collected on this day, and hence, it marks the beginning of the new financial year.

Which are the special dishes for Lohri?

From Kheer to Phirni to Gur wale Chawal, there are many common dishes that people enjoy on this day.

What are the popular songs of Lohri?

Here are some popular Lohri songs that you must add to your playlist:

Hope this post has answered most of your questions about the festival – Lohri. We wish you a very happy Lohri and please don’t forget to send a beautiful heartwarming Lohri wish to your friends and family. For your convenience, we have compiled some beautiful Happy Lohri Wishes and Messages so that you can send blessings to your friends and family on this auspicious day.