40+ Best Time Pass Games That Are Free For Android Phones

Looking for fun & fantastic best time pass games to play on a mobile phone that cost nothing? Then you have landed at the right place.

These games help you to pass time in the most entertaining way. It keeps you occupied and hence, keeps you away from boredom. To help you find the best time pass games that are  free for android mobile phones, we have consolidated a list of super fun games. We’ve grouped the games into different sections based on personal choice and taste. Here goes.

You can either look for a particular section or go through the list to find the perfect best time pass games (android games) for yourself. Here’s the list:

1. Temple Run: In this addictive and mega-hit game, you have to run for your life to escape the Evil Demon Monkeys nipping at your heels.

2. Vector: You are a free runner who won’t be held down by the system. So, run, vault, slide and climb using extraordinary techniques while being chased by “Big Brother”, whose sole purpose is to capture you and bring you back.

3. Subway Surfers: Collect all the coins and escape the grumpy inspector and his dog.

4. Cut The Rope: Cut the rope to feed candy to your hungry pet, Om Nom!

5. Angry Birds: You have to use the unique powers of the Angry Birds to destroy the greedy pigs’ defenses, who stole their eggs! The game comes in a lot of different versions like Start Wars, Transformers, Rio, Space, etc.

6. Fruit Ninja: Slash across the screen to cut all the fruits in half. but, avoid the bombs!

8. Dots: Connect the dots of similar color to earn points.

9. Zen Pinball: A 3D and the most detailed version of Pinball you’ll ever see. Some quirks include characters from Marvel Comics, Star Wars, The Walking Dead, South Park, and more.

11. Brickies: Break the bricks and bounce your way to victory.

12. Casual Metaphysics: Casual Metaphysics is a game and also a meditation. Collect points by matching shapes together. Combine more shapes than your opponent on the other side of the screen and you will reach an ever-higher level of consciousness. 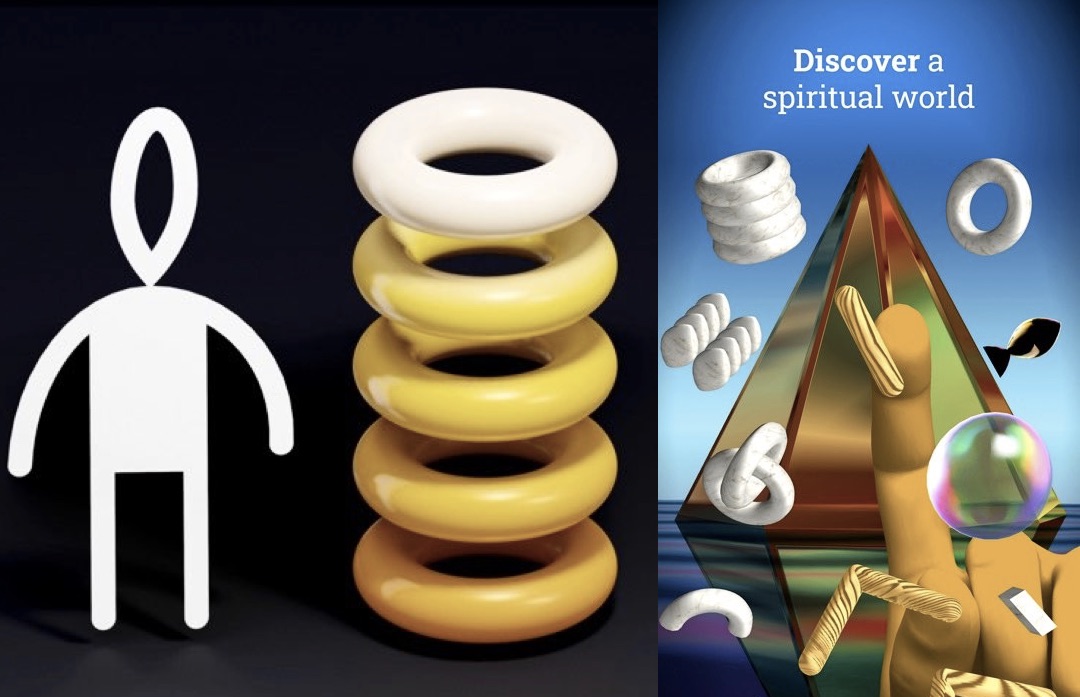 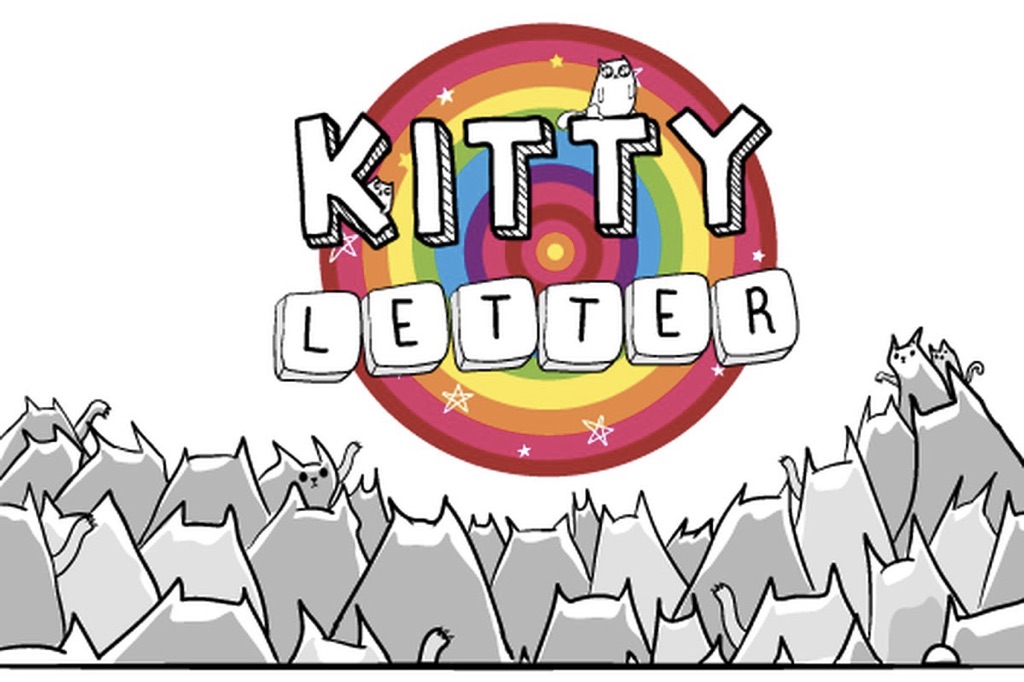 14. Empty.: A minimalist puzzle game that teaches the value of simplicity in life. The goal is to remove all objects by rotating a room.

15. Samsara Room: You find yourself in a strange room. There is a telephone, a mirror, a grandfather clock, and some other odd objects you don’t recognize. It seems there is only one way to escape… become enlightened.

16. Sky: Children of the Light: A ground-breaking social adventure that is set to warm your hearts. In the game, an enchanting world of Sky, a beautifully animated kingdom is waiting to be explored by you and your loved ones. In Sky, we arrive as the Children of the Light, spreading hope through the desolate kingdom to return fallen Stars to their constellations.

19. Flipflop Solitaire: A new Solitaire variant that breaks all the rules! Like its footwear namesake — Flipflop Solitaire is unrestrictive, creating a new game for fans of traditional Solitaires.  In Flipflop you can stack down, up, or even both ways on a single stack! It’s Flipflops for your brain.

20. Smash Hit: Take a journey to an otherworldly dimension, and smash everything that comes in your path.

21. Abduction: Your friends have been abducted by aliens, and it’s up to you to save them!

22. Crossy Road: Make your character cross the road without getting run over. Earn points and unlock a brand new character every time.

23. Asphalt 9: Airborne: Get in gear and take on the world’s best, most fearless street racer pros to become the next Asphalt Legend!

24. Beach Buggy Racing 2: Join the Beach Buggy Racing League and compete against drivers and cars from around the world. Race through Egyptian pyramids, dragon-infested castles, pirate shipwrecks, and experimental alien bio-labs. Collect and upgrade an arsenal of fun and wacky Powerups. Recruit new drivers, assemble a garage full of cars, and race your way to the top of the League.

25. Data Wing: DATA WING is a racing game where you control a little triangular spaceship, trying to gain speed as you race through a series of surreal tracks in a neon world. The gameplay in DATA WING is perfect for touch screens.

26. Disc Drivin’: Disc Drivin’ is fun, social, turn-based racing! Race against your friends at your own pace with the swipe of your finger. Use awesome powers and avoid hazards on beautiful tracks with full 3D physics!

27. Crazy Taxi: Each game has the player assume the role of a taxi driver who must accumulate money by delivering passengers to their destinations in the fastest time possible, earning tips by performing “crazy stunts” before the time runs out.

28. Plants Vs Zombies: You have to soil your plants to protect your home from a mob of invading zombies. Plants like peashooters, wall-nuts, cherry bombs, and more will kill the zombies and drive them away.

29. Pocket Tanks: Destroy the opposite tank by selecting and firing your awesome weapons.

30. Plaque Inc.: Be an ultimate villain by spreading a virus that will finish the human race.

31. Ingress transforms the real world into the landscape for a global game of mystery, intrigue, and competition.

32. The Battle Of Polytopia: The Battle of Polytopia is a turn-based, world-building, 4X strategy game. Players play as one of sixteen tribes to develop an empire and defeat opponents in a low poly square-shaped world.

33. Look, your loot!: You’ll get a set of cards with the one representing your brave hero, which you move one step left or right, or up, or down. The hero is to go through dungeons, unlock chests, drink the elixir, collect coins, cast fireballs, avoid spiked traps, defeat bosses. Break into a number of leaderboards!

34. Stranger Things: The Game: The official game for Stranger Things from Netflix and BonusXP! Stranger Things are afoot again in Hawkins, Indiana. Join Hopper and the kids on a new, action-packed adventure!  Solve puzzles with the unique abilities of each character. Collect all the Eggos and Gnomes you can lay your hands on. You never know what they might unlock.

35. Clash of Clans: Raise your own army and lead your clan to victory.

38. Golf Skies: It is a delightful 2D golf game with smooth gameplay and lots of fun twists – You play golf up in the sky where the course is made out of golf planets with their own gravitational fields and obstacles.

39. Pumped BMX Flow: Flow-through endless jumps, pull off insane stunts, and compete in Daily Leaderboards to be the best in the world.

40. New Star Soccer: New Star Soccer, also known as NSS, is a series of football video games published by New Star Games which let the player create and control a football player as he moves through the ranks of the leagues and national teams.

42. Shooty Quest: Enjoy the retro era with this challenging, fast-paced, retro-inspired arcade game. Shoot from the center of the screen at 360 degrees, constantly selecting the type of arrow that matches the enemies’ weaknesses while dodging arrows, pushing enemies, and collecting items.

43. Missile Command: Recharged: This is a re-imagining of the beloved classic with fast-paced, arcade action where players must defend their bases by blasting an endless barrage of missiles hailing from the sky.

Hope you will enjoy these best time pass games as much as we did.