Recently, the one thing that has been trending consistently on social media is Brahmastra. While some may have applauded the visual effects, there are many who are being left disappointed by this 410 Crore multi-starrer movie. The movie starred Ranbir as Shiva and Alia as Isha along with Amitabh Bachchan as Guruji. The movie also had actors like Mouni Roy, Nagarjuna and SRK.  Even after such a talented cast, the makers failed to create magic at the screen. Among many things that left the audience disappointed, cringe, weird and shitty dialogues is the most discussed aspect about Brahmastra. Here are 12 cringe dialogues from Brahmastra that left many so disappointed in the movie: 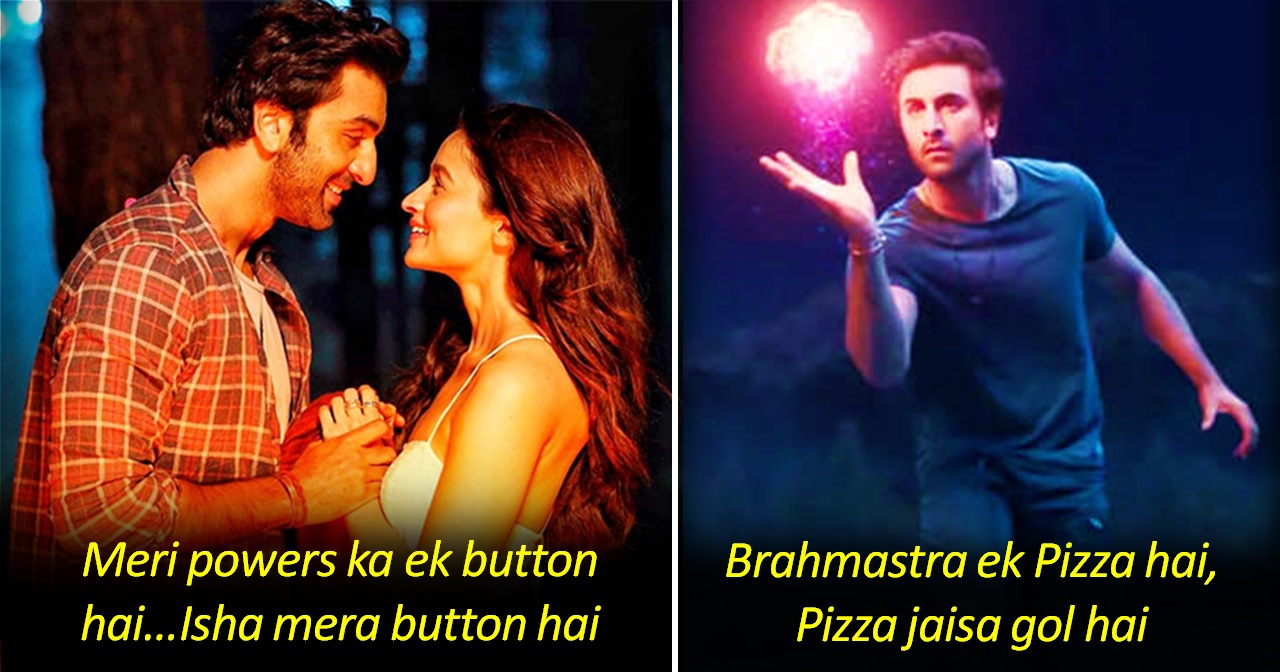 1. When Isha (Alia) gets burn scar on her arm 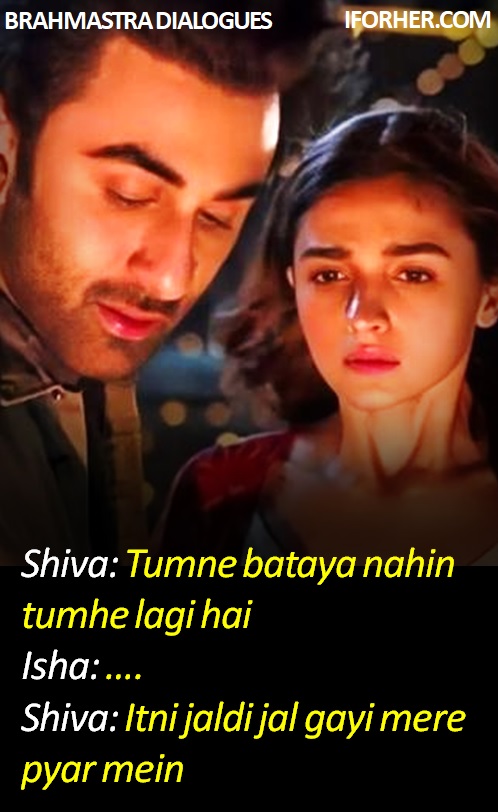 2. When Shiva (Ranbir) makes a fatal attempt to explain Roshni 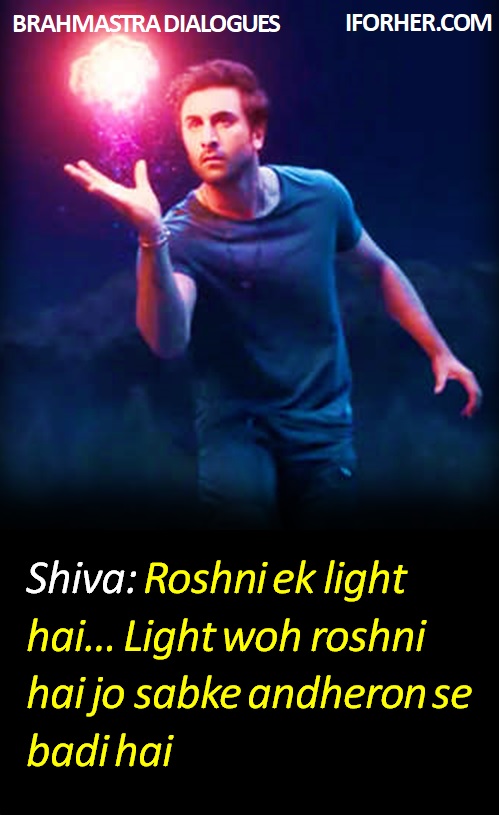 3. When Shiva explains what Brahmastra is 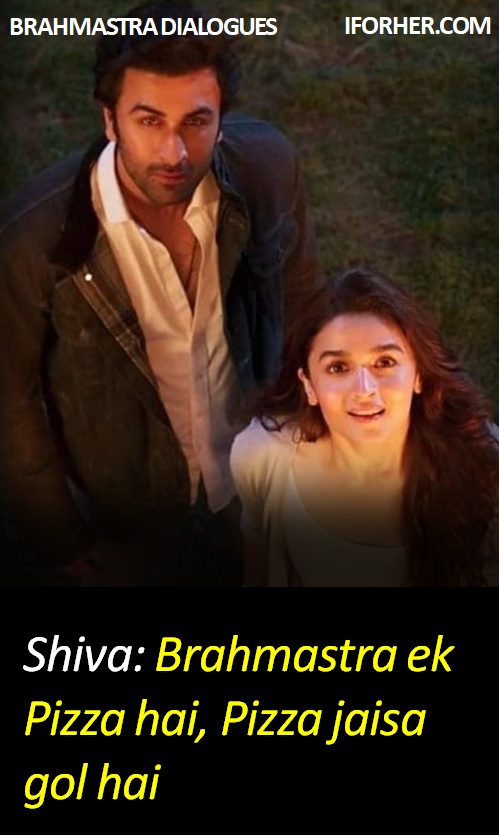 Internet is wondering how makers thought this weirdest and stupidest way of explaining Brahmastra was a good idea?

4. And then the patakha dialogue 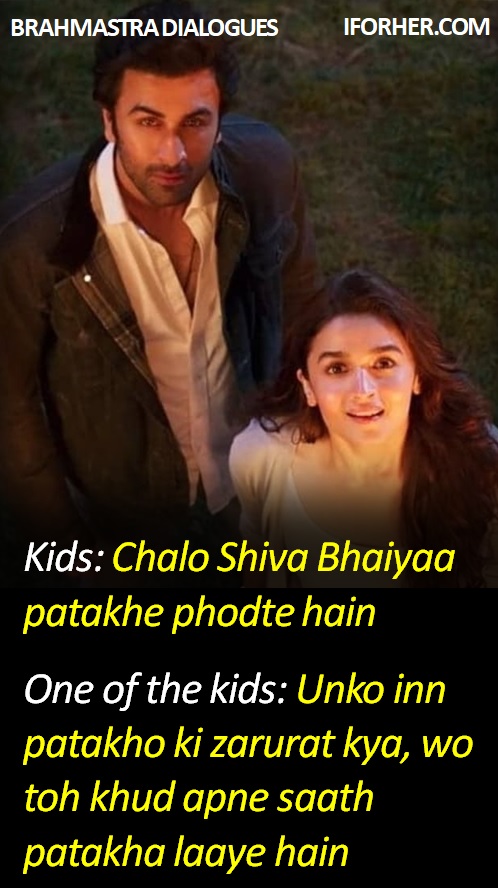 5. Disappointed netizens feel that they could have written better dialogues 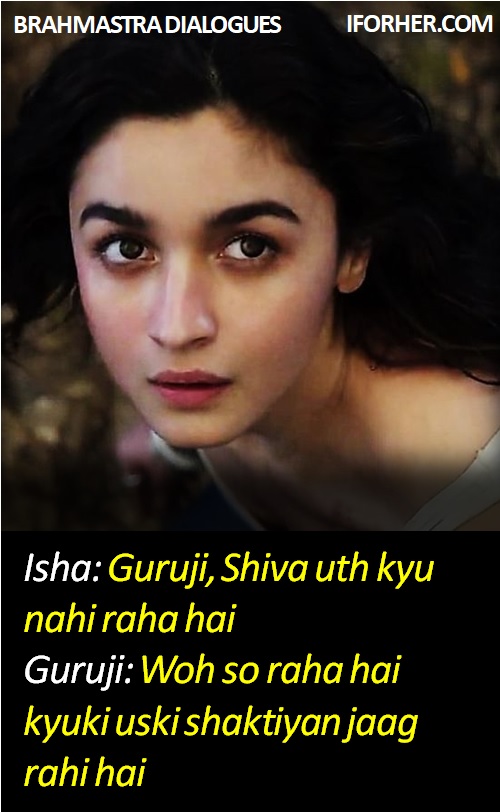 6. There were times when dialogues made no sense 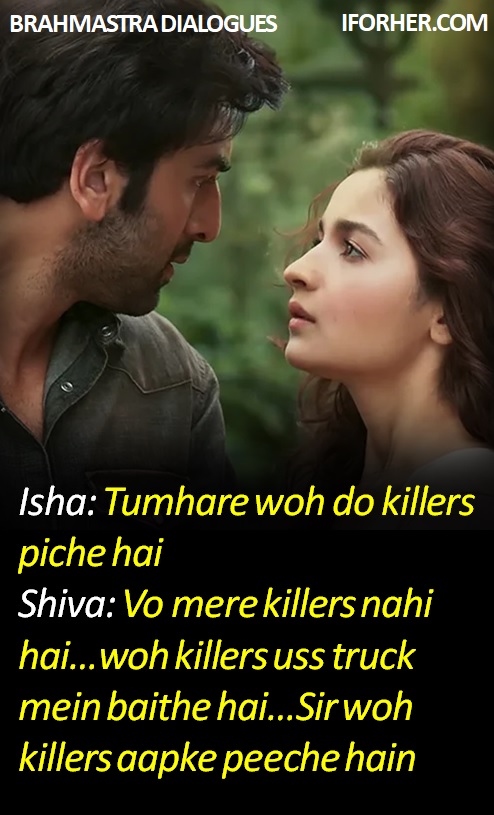 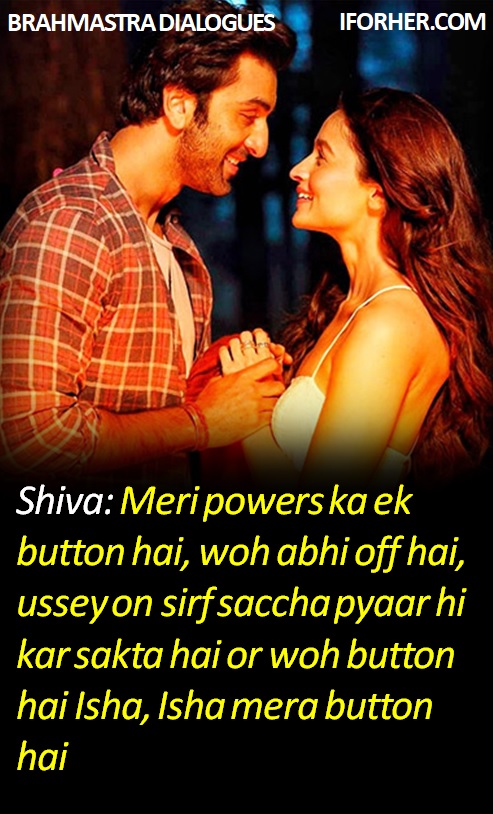 This dialogue has disappointed so many of us. How could you even attempt of making multi-starrer blockbuster with such weird dialogues. 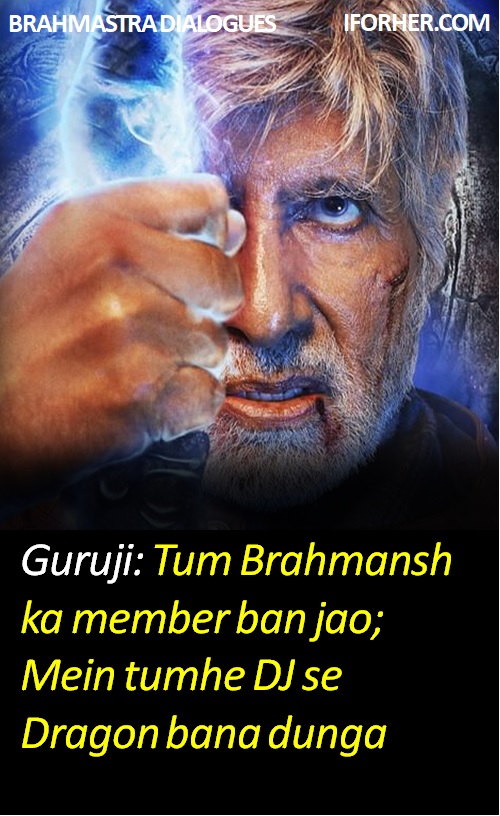 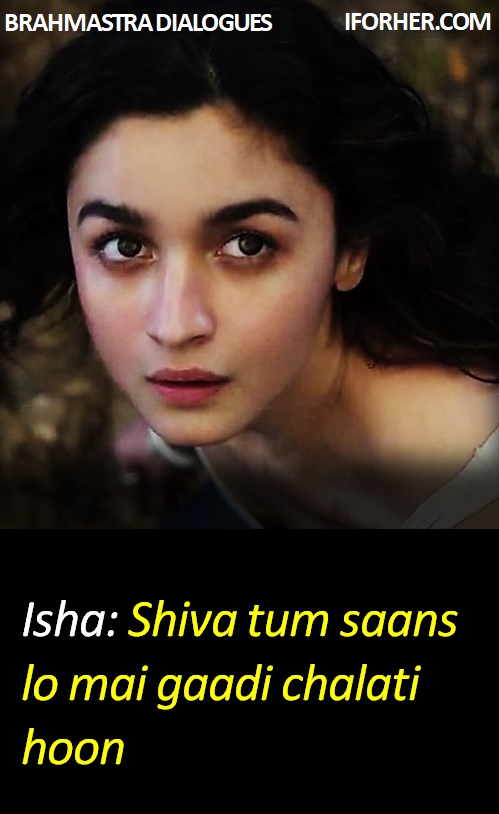 It’s quite disappointing how Alia’s talent has been completely wasted in this movie.

10. When Guruji displays his powers 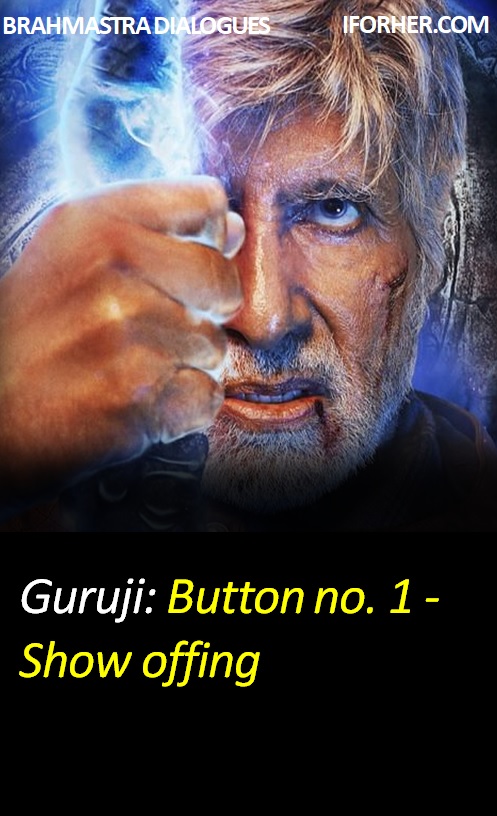 Can someone tell the makers Show offing isn’t even a word?

11. When Shiva expresses his feelings 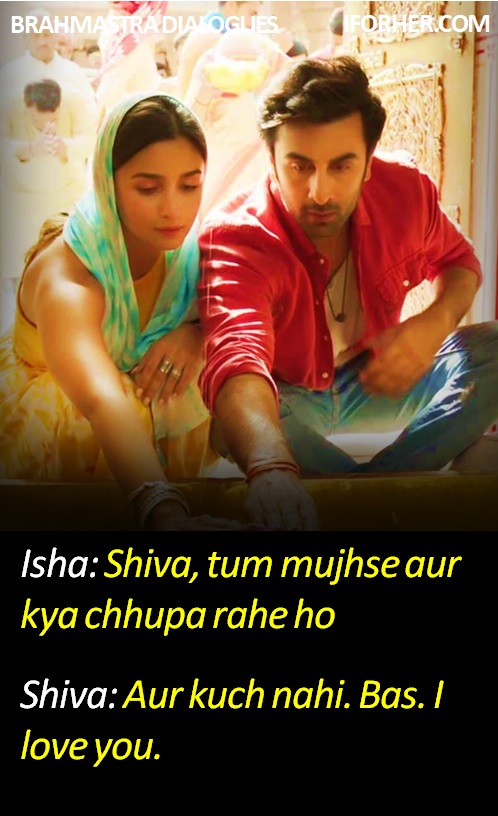 Isha forgets that she got creeped out with him catching fire and not getting burnt minutes ago.

12. When Shiva refused to have FIRE power 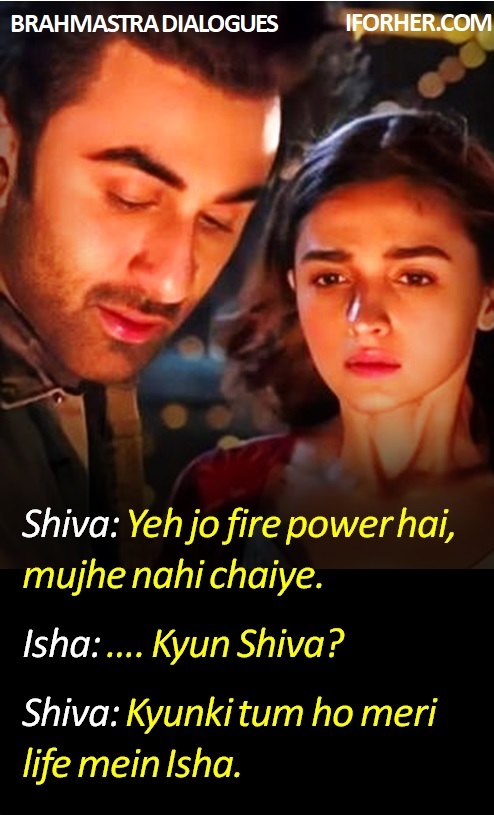 What do you think about these Brahmastra dialogues? Tell us in the comments below.