While Darlings may have received mixed reactions, no one can deny that the movie has opened an important conversation about toxic and abusive marriage. Focusing on how women in toxic marriages keep giving their abusive husbands second chances, this movie sheds light on very important issue.

Directed by Jasmeet K Reen, the movie features Alia Bhatt and Vijay Varma in a toxic marriage. Alia plays a loving wife Badru, while Vijay Varma plays violent husband Hamza. Badru is a domestic abuse victim, who is trapped in an endless cycle of mistreatment and love, which pushes her to give second chance to her husband even after being miserably abused. Here are the scenes that are powerful reminder of why women should stop giving second chances to abusive men. 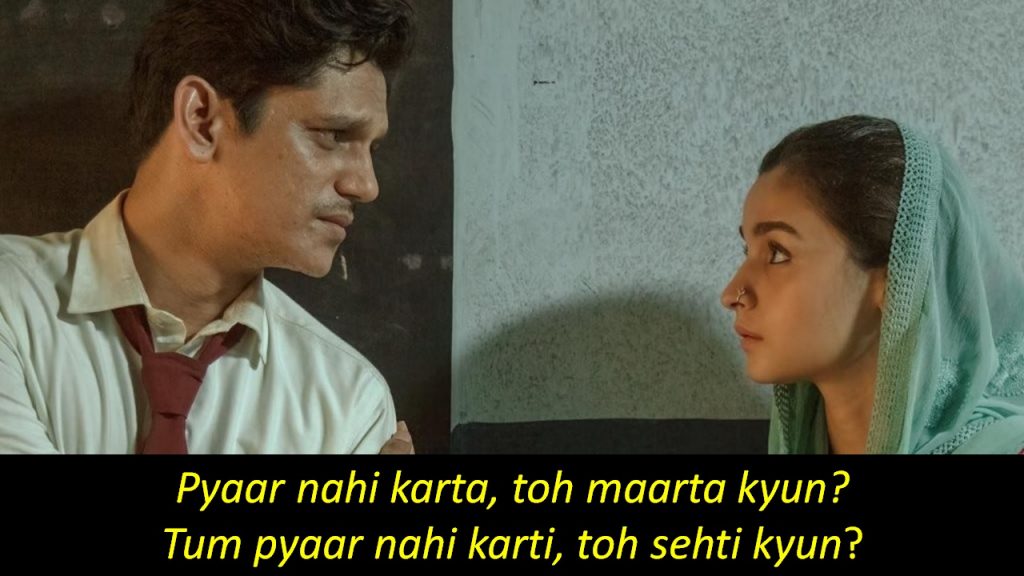 When Hamza bites on a stone while having dinner, Badru extends her palms to let him spit the stone. In order to teach her a lesson, Hamza tries to strangle Badru. He acts feeling guilty for his behaviour but it’s all clear with the time that it’s just a drama. The way this scene is shot, it gives you a feeling that it is a regular affair. Even though Badru should have moved out of the abusive marriage but still she stayed back. 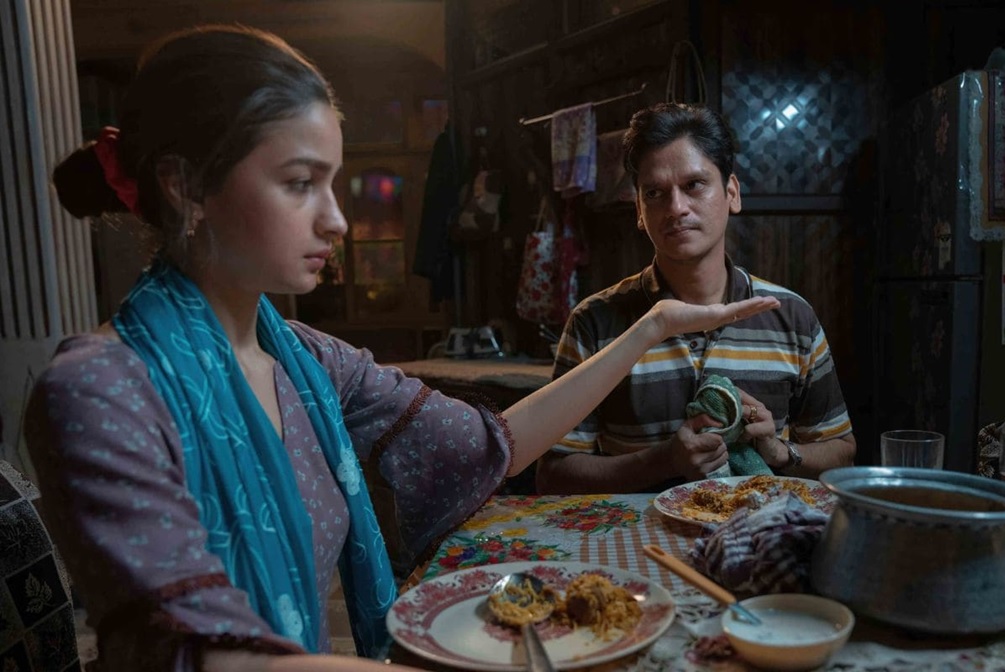 2. Hamza turning into monster as he finds out Badru mixing anti-abuse medicine in food

When Badru mixes medicine in Hamza food to make him quit alcohol, Hamza grabs her by neck and forces her face up to the gas-lit utensil. Even after being tortured on daily basis Badru kept giving her husband second chances. 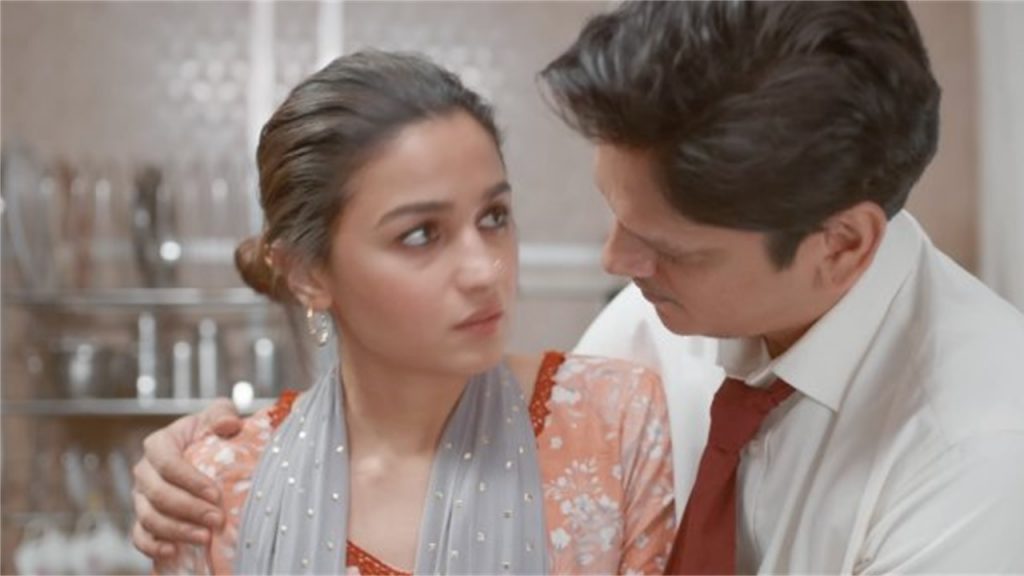 3. Hamza insulting Badru in front of the whole locality

Hamza believed that he owns Badru and could lash out on her anytime. When his wife attends society meeting without his permission, he humiliates her in front of whole society. 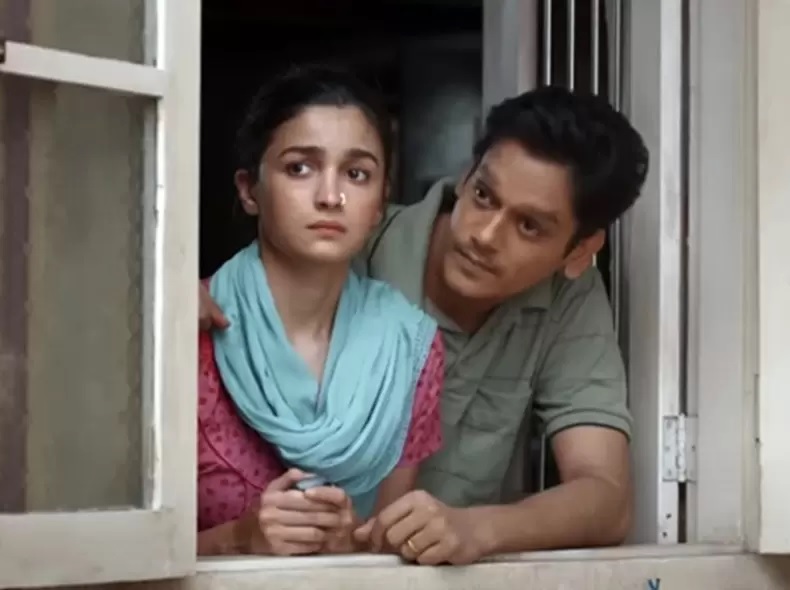 When Hamza found out that Badru had ordered stylish heels for herself2, he started stabbing between her fingers with the heel. 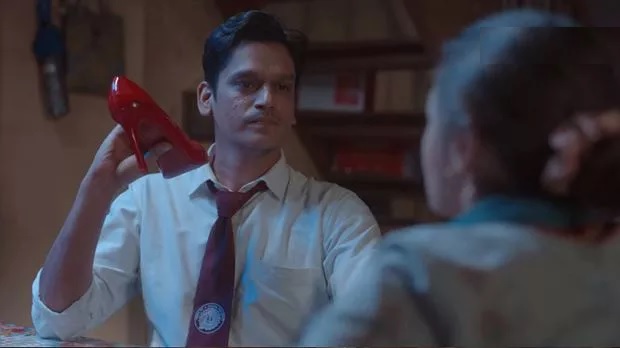 5. Hamza manipulating Badru in a way to mistake his torture as love

Like many toxic husbands, Hamza manipulates Badru to drop her complaint. He makes her believe that his abuse stems out of love. “Pyaar nahi karta, toh maarta kyun? Tum pyaar nahi karti, toh sehti kyun?” (If I didn’t love you, would I hit you? If you didn’t love me, would you tolerate it?) He also convinces her that he will change after they had a child, which Badru desperately wanted. But, hardly, she knew it was his attempt to get out of jail. And, so easily, Badru falls for this standard manipulative trick of any gaslighter or an abusive partner. She refuses to file any complaint against Hamza. And, just like many victims of abuse, she believes that her abusive husband has changed. But, with time, it is revealed how much wrong she was!

Even when Hamza hits Badru’s mother, Badru falls for Hamza manipulating tactics and chooses him over her mother. 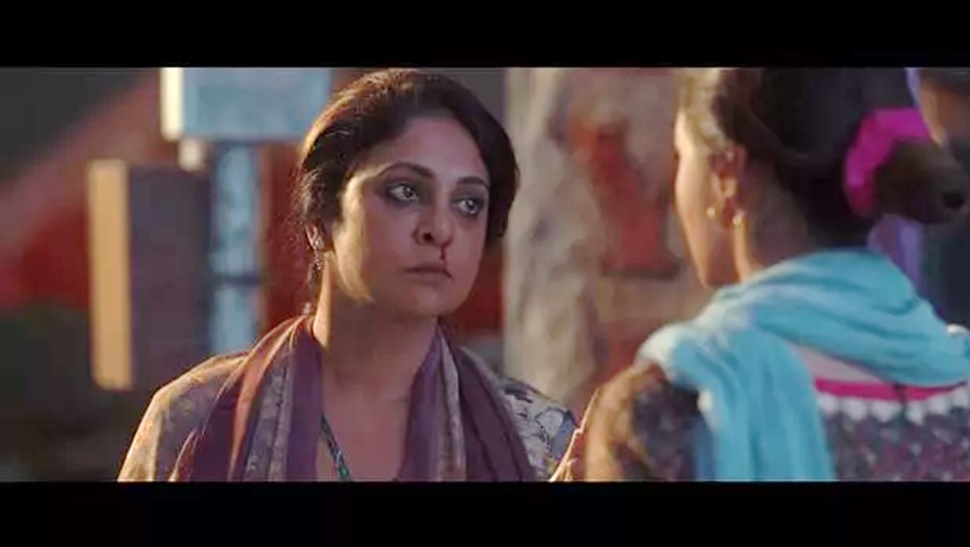 7. Till his last breath Hamza stays abusive towards Badru

Many victims in abusive marriage believe that their abusers will change and one fine day the abuse will end. But, that’s not the reality. The ugly reality is the abuse never ends. So, giving second chances to the abusers in never worth it. Bottom line is abusers never deserve the second chance.