Many of us wonder how are the celebs we love on-screen in real life? Are they equally inspiring, charming or kind? Recently, we stumbled over one such Quora thread where fans discussed how Kareena Kapoor Khan is in real life.  While Kareena Kapoor Khan’s movie persona may be that of a charismatic gal, people have really very different views about her, in real life. In this Quora thread, fans shared their experiences of meeting Kareena and some of those reactions left us shocked: 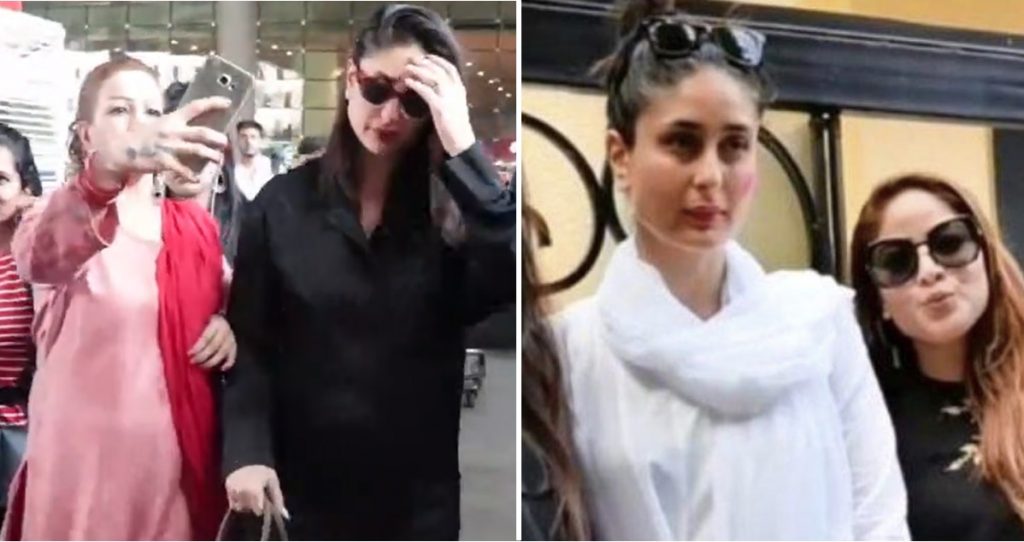 “As I was picking up my bag from the security belt, I noticed a bright colored pretty purse and glanced up to see who owned it.. I saw Kareena Kapoor standing in front of me for the first time in my life! A big fan that I was, I quickly walked up to her once she had picked up her stuff and was free. I smiled, told her I really admire her acting skills and requested an autograph behind my boarding pass. Not a single expression on her face, no smile, nothing. She signed the back of my boarding pass and passed it back to me with the least interest. She did not respond when I said thanks, and walked away rolling her eyeballs.”

“I don’t like beating around the bush. So, here is the naked truth: Kareena is a classless, arrogant, spoiled-brat. The fact that she comes from a very influential family and is a popular public figure is deeply en-rooted in her tiny mind.” He further adds, “I’ve met her personally and had to bear her and her sister Karishma, her mom, and some bunch of morons who accompanied her during her stay at the Oberoi Rajvilas resort, Jaipur in 2003, where I was interning. To cut the long story short, she was there to celebrate her birthday and we did more than a guest would expect. On her birthday night, we surprised her by filling her room, (in her absence of-course) with the best exotic flowers and the best possible decoration. We made a huge personalized cake and made it grand for her. And guess what, neither her nor her entire family had a single word of thanks. By the way, this all was complimentary from our side! 🙂 Let me add some more fun to it, their entire stay was paid by the producer/someone of the movie she was working in!”

3. Gautami Keswani, who works in the film industry, shared her experience of meeting Bebo

“So this incident happened with me and all the children in my school when kareena kapoor and shahid kapoor had come to our school for a film they were doing together called milenge milenge.. And as school kids.. Each and every one of us were very excited that we would get to see these super stars in our campus..Seeing all the kids gathered around she made disgusting faces the whole time.. Never gave a smile.. (i mean we were kids cmon.. ).. Told her spot boys and bodyguards to keep us away from her.. And we were sooo desperate to have one handshake with her or just to get her autograph.. That one kid of 4th class got too excited and stepped on her heels accidently.. And OMG.. She blasted out on that poor kid almost bringing him to tears while we watched our perception of this goddess of an actress shatter to pieces.. After that incident literally no one went close to her.”

4. Laura, who lives in London, shared her experience of meeting Kareena around the Topshop on Oxford St

“Whilst looking around the store, I saw Kareena who seemed pretty relaxed just browsing clothes. She was holding nothing in her hands, she was on her own, not talking to anyone or with anyone (i.e. not busy). I figured that this was probably my only chance of asking her for a picture and that there couldn’t really be a better time given she was just having a relaxing shopping outing. I went up to her and said “Ma’am, I’m so sorry to disturb you but could I possibly get a picture?” when nobody else was around lest she felt embarrassed or self-conscious. Nobody was asking for pics or had even recognised her and frankly she could have easily obliged me with a picture. Now, the problem isn’t that she refused but it was the way she did it. She stared at me with such anger in her eyes as if I had crossed a major line by daring to ask for a picture and then said nothing. She stopped looking at me whilst I was halfway through my sentence and proceeded to stare at the clothes rack (which was clearly more important than my face) , rolled her eyes and said “no pictures” and walked away. If she wanted to refuse, (bearing in mind there really wasn’t much of a reason to), she could have easily done so politely with a smile given I in no way flashed a phone in her face and I can’t see how I could have asked more politely. Clearly, I gave her more respect than she deserved as if I ask politely, then it’s only fair that she refuses politely.”

We must say that these reactions to meeting Kareena were much different than we expected. Though most of the reactions were negative, there were a few who shared positive experiences too.

“I have had an opportunity to work with her on a film. As an actor, she is extremely professional and no nonsense. She has lots of patience and is spot on. While on sets if her shot is not on, she is mostly on her phone. But she has this awesome quality of switching her emotions on and off very easily who h makes her such a spectacular actor. She is one actor that treats her crew really well (not all actors are like that). As a person otherwise, she is really the poo from kabhi khushi kabhi gam.”, an anonymous user wrote.

In case you have met any celebrity in real life, don’t forget to share your experience in the comments section below.