1. A Common Man (Inspired from ‘A Wednesday’)

‘A Wednesday’ is one of Neeraj Pandey’s best films. The 2008 thriller film starred Naseeruddin Shah, Anupam Kher, Jimmy Sheirgill, and others. The critically acclaimed film not only performed well at the box office, but it also inspired Sri Lankan filmmaker Chandran Rutnam to remake the Neeraj Pandey film in Hollywood in 2013. The film, titled ‘A Common Man,’ starred Ben Kingsley in the role of Naseeruddin Shah. This suspenseful thriller’s screenplay was rewritten by director Rutnam. ‘A Common Man’ won Best Picture, Best Director, and Best Actor at the Madrid International Film Festival. 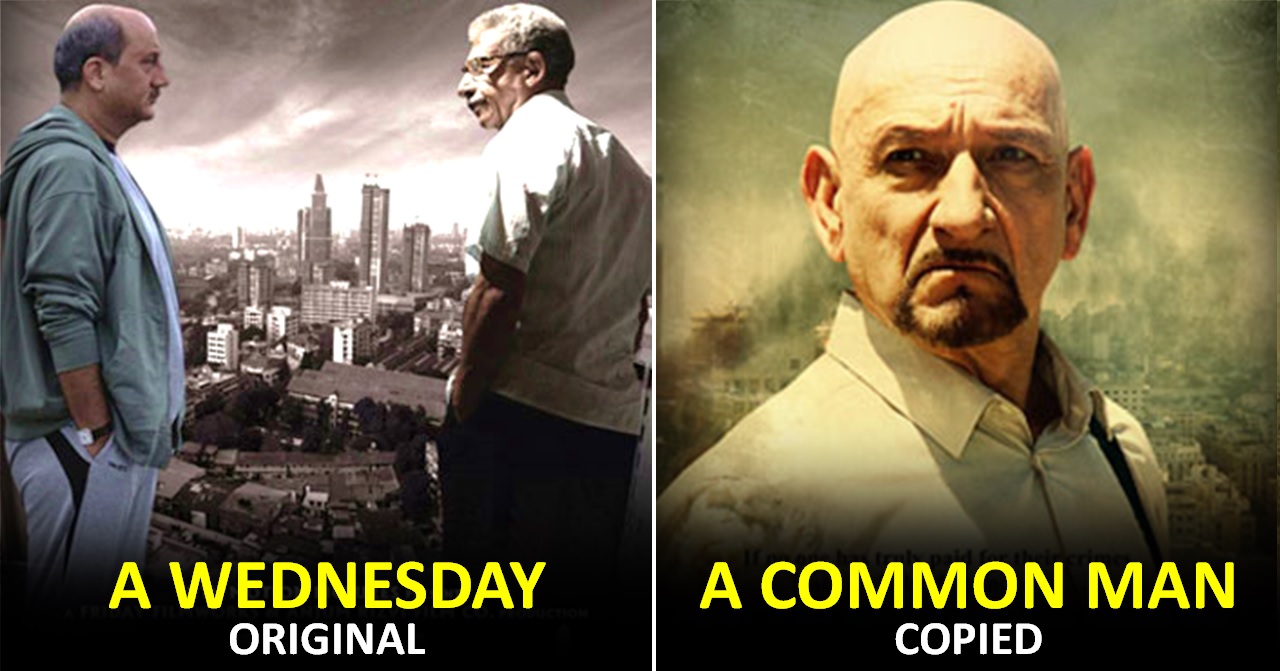 ‘Vicky Donor,’ produced by actor John Abraham, starred Ayushmann Khurrana and Yami Gautam in the lead roles. The 2012 romantic comedy addressed sperm donation and infertility. The film received positive reviews from both audiences and critics, and it did well at the box office. Many reports suggested that the 2013 film ‘Delivery Man,’ starring Vince Vaughn and Cobie Smulders, was inspired by ‘Vicky Donor’. 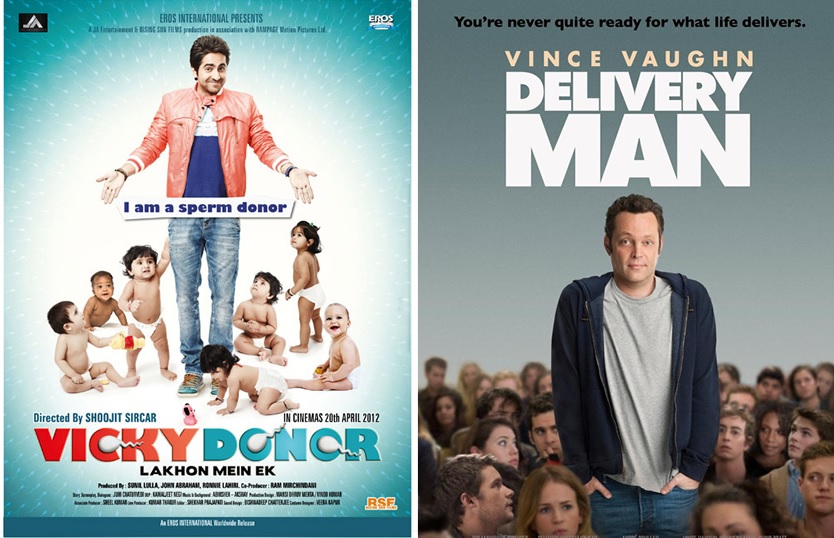 Leap Year’s creators claimed that the film was not inspired by Jab We Met. But why don’t you make your own decision? On her way to propose to her boyfriend, a bubbly, talkative girl meets a stranger and shares a hotel room with him. They fall in love, are separated, but eventually reconcile and marry. 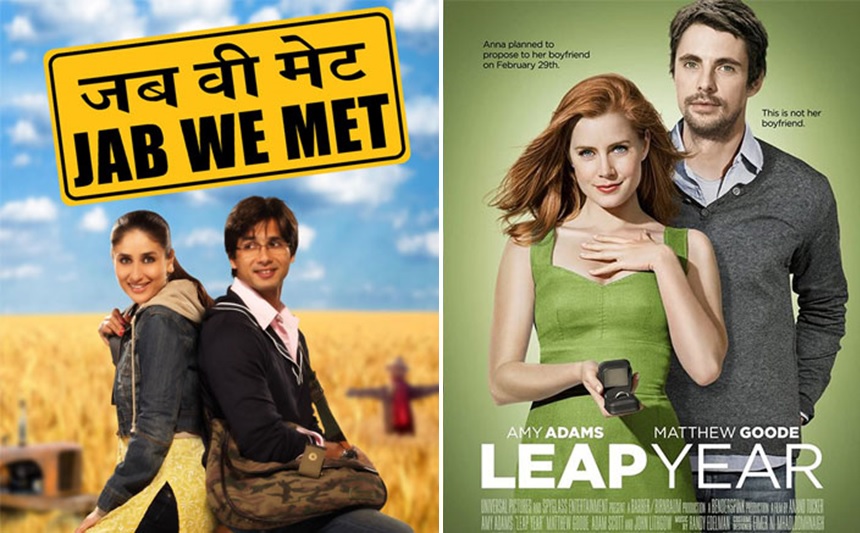 Darr, a Yash Chopra-directed romantic psychological thriller, starred Shah Rukh Khan, Juhi Chawla, and Sunny Deol in the lead roles. Shah Rukh’s performance as an obsessive lover was well-received and remains one of the superstar’s most memorable roles. Both the audience and the critics praised the 1993 film.

James Foley’s ‘Fear’ starred Mark Wahlberg, Reese Witherspoon, William Peterson, Alyssa Milano, and Amy Brenneman. Aside from the title, the film contains a plot, a character played by Shah Rukh Khan, and other elements. In 1996, the film went on to become a sleeper hit. 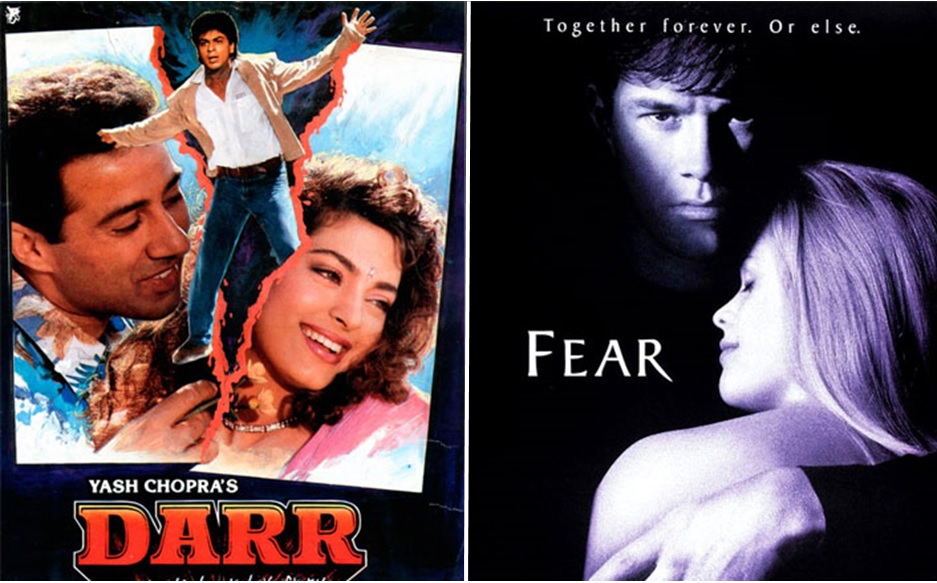 Raj Kapoor directed the 1964 film ‘Sangam,’ which starred Vyjayanthimala, Raj Kapoor, and Rajendra Kumar. The film depicted a love triangle drama set against a war-torn backdrop. The film, which was reportedly one of Raj Kapoor’s magnum opuses, is still regarded as a classic work in Hindi cinema. ‘Pearl Harbour,’ a 2001 film starring Ben Affleck, Kate Beckinsale, Josh Hartnett, Cuba Gooding Jr., Tom Sizemore, Jon Voight, Colm Feore, and Alec Baldwin. Although the title of the film suggested that it was about the attack on Pearl Harbour, the movie reportedly ended up being a triangular love story, similar to that of ‘Sangam’. The film received four Academy Award nominations. 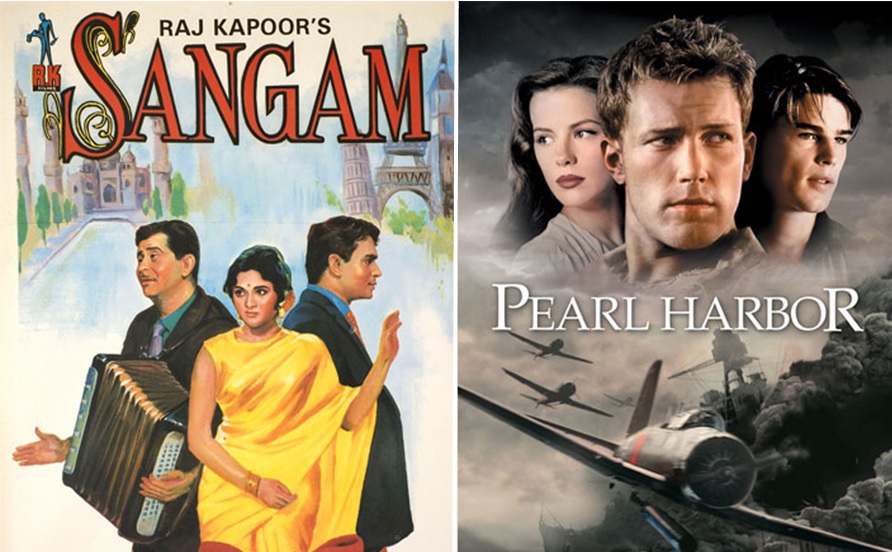 Despite having a different storyline, Quentin Tarentino included action scenes in this well-known thriller that, according to Anurag Kashyap, were influenced by the Abhay movie with Kamal Hassan.  As per Times Of India, in a private interaction with director Anurag Kashyap, Quentin Tarantino, one of America’s most influential directors, candidly admitted that he was inspired by an Indian film while making his famous Kill Bill movies (2003-2004). That film was Kamal Haasan’s Abhay which released on November 16 in 2001.

7. Win A Date With Tad Hamilton (Inspired from Rangeela)

Rangeela, starring Aamir Khan and Urmila Matondkar, and Win A Date With Tad Hamilton, starring Kate Bosworth and Topher Grace, are both about a struggling actress from a small town who falls in love with her co-star.

At the same time, a ‘tapori’ fell head over heels for her. Hollywood took a decade to release their version. Rangeela has a 7.5 rating on IMDb, while Win A Date With Tad Hamilton has a 5.6 rating. Basically the main character of the film is a girl who finds herself in a love triangle with both her best friend and a movie star, albeit the best friend may not actually be a tapori as Aamir Khan portrays her to be. 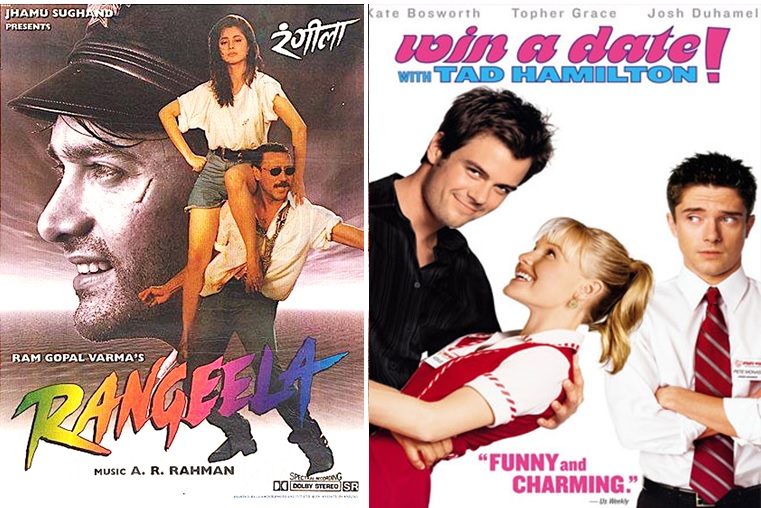 8. Just Go With It (Inspired from Maine Pyaar Kyun Kiya)

Adam Sandler is to Salman Khan as Jennifer Aniston is to Sushmita Sen. The basic plots of both films are fairly similar, yet that alone isn’t enough to sum it up. Cactus Flower (1969) imitated both of these films, but it had a distinct plot. 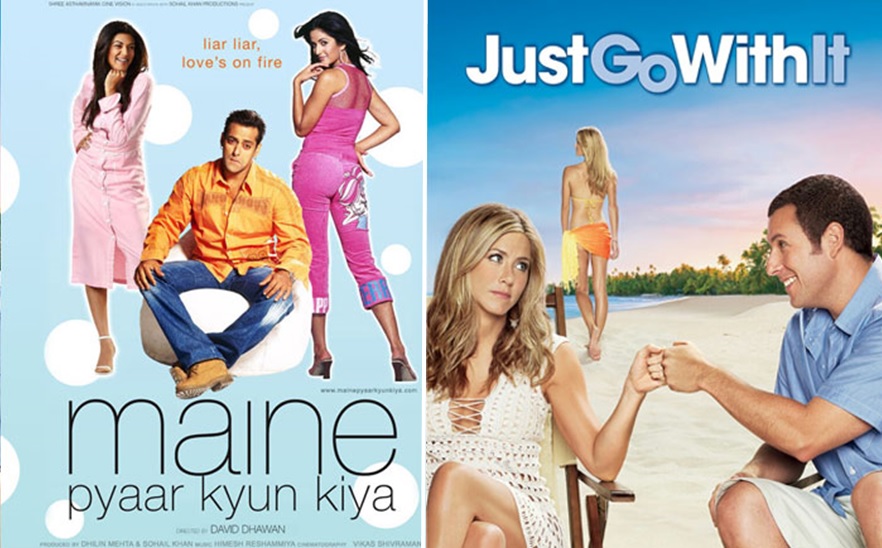 Will Smith’s character in 2005’s Hitch appears to be heavily influenced by Ashok Kumar’s role in the classic hit Choti Si Baat. Both stories revolve around a man assisting another in his pursuit of the girl he loves. Choti Si Baat has an IMDb rating of 8.3, but its Hollywood remake Hitch has a rating of 6.6. 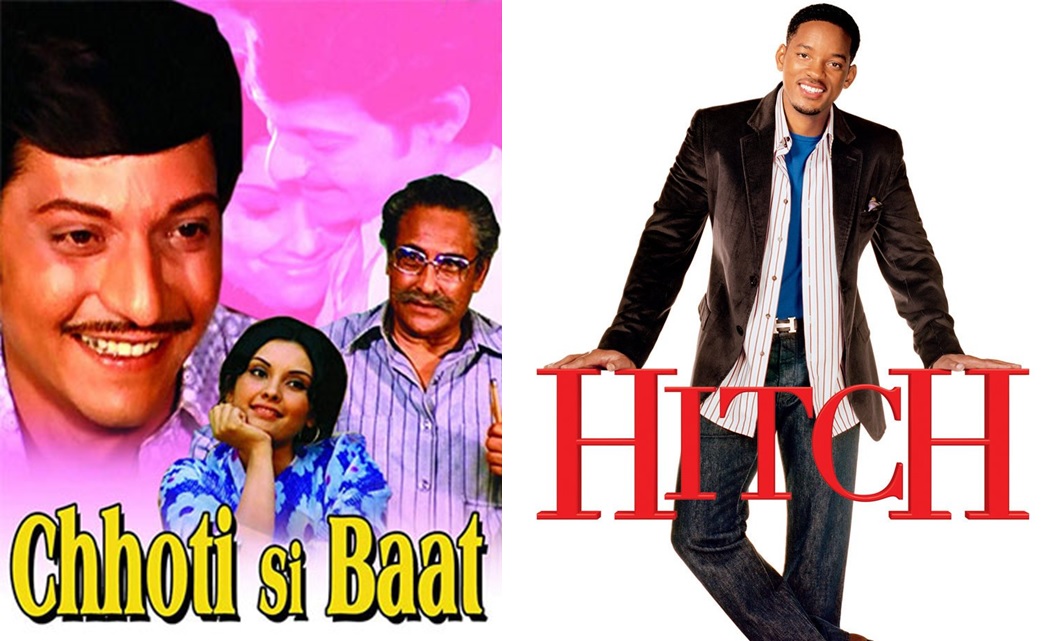