This light-hearted comedy is about a young girl – Guddi, (played by Jaya Bachchan), who is obsessed with film star Dharmendra. She’s is so infatuated with him that she believes he is a superman who can do no wrong. The movie focused on this obsession with the reel world. This movie beautifully captures the journey of Guddi as she starts to distinguish between the real and the reel world.

Laughter riot – is the one word that defines this hilarious movie. Even though Bollywood has made endless attempts to recreate the magic, it has failed miserably. The brilliant storyline with amazing performances by actors Amol Palekar and Utpal Dutt make it one of the finest comedy movies.

With the stellar performances by Dharmendra, Sharmila Tagore, Amitabh Bachchan and Jaya Bachchan, this movie is one of the most famous romantic comedies in Bollywood. Humour in familiar situations, endearing characters and timeless music make this comedy a must-watch!

Not just comedy, this movie had family values and romance too. The story focuses on a young girl who changes the stern and sensible matriarch of a family. Fantastic performances by actors like Rekha, Ashok Kumar, and Rakesh Roshan added to the charm of the movie.

Want to watch a comedy movie with family, but don’t know which one? Then don’t forget to watch Bawarchi – a family-oriented comedy-drama that beautifully and comically explores the highs and lows of living in a joint family. The movie doesn’t rely on obscenities, crass jokes, or melodrama to get the point across and make you laugh.

Just like his other family comedies (Gol Maal, Khubsoorat), Hrishikesh Mukherjee’s Naram Garam is supported by superb performances and a funny storyline. With proficient actors like Utpal Dutt and Amol Palekar, this movie offers us honest comic gags!

This particular film was not as popular as Hrishikesh Mukherjee’s later movies. But, don’t assume that it was any less funny. The tale of two men who pose as kins of a wealthy elderly man for obvious reasons is full of comic potboilers and ironical twists. With Om Prakash, Navin Nischol and Deven Verma in lead roles, the movie is definitely a classic. 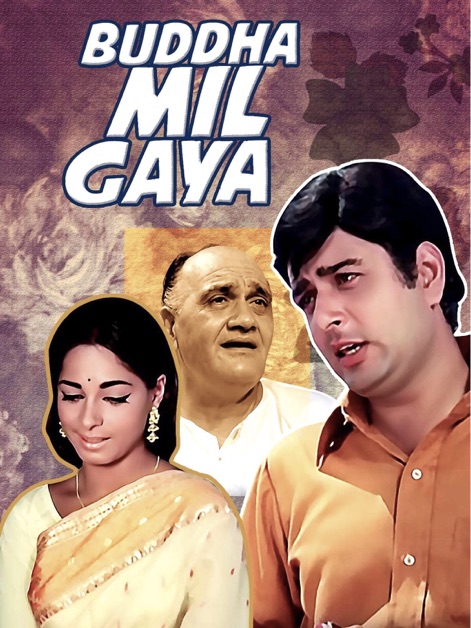 Another masterpiece that stars Farooq Shaikh, Deepti Naval, and Utpal Dutt. This lighthearted comedy is perfect for family nights.

There are many movies that Utpal Dutt and Hrishikesh Mukherjee did together, But, it is believed that Utpal Dutt’s role in Rang Birangi as Police Inspector Dhurandhar is one of his finest performances. One of the best situational comedies, which focuses on rekindling the dying romance in marriage!

Do let us know which is your favourite?