Bollywood villains are as popular as Bollywood heroes. Gabbar Singh, Mogambo and Shakaal are some of the most popular and the finest Bollywood villains. But have you wondered what if the far bigger villains are hiding behind in plain sight? What if the characters whose misdeeds were the actual culprit for all the agony and misery? Here are some of such bigger villains who were the real culprits!

1. In Sholay, Gabber is the villain. But Thakur is the bigger villain!

Though makers projected Gabbar Singh as the face of terror in Sholay, it was actually Thakur who was the real devil. 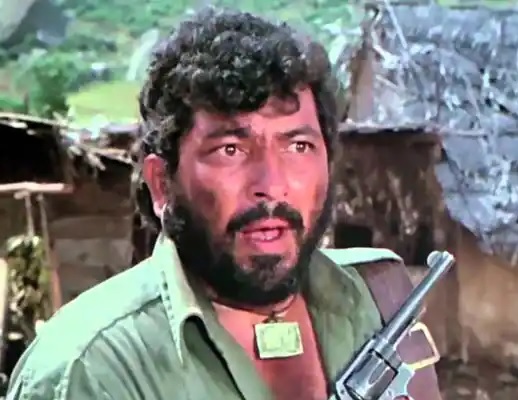 This man not only puts the lives of two innocent people in danger but also gives a d*mn about their lives as long as he gets his revenge. And, how could we forget that he just refused to pass that gun to Veeru? We understand he couldn’t pick it but could’ve easily kicked it. But, he didn’t. 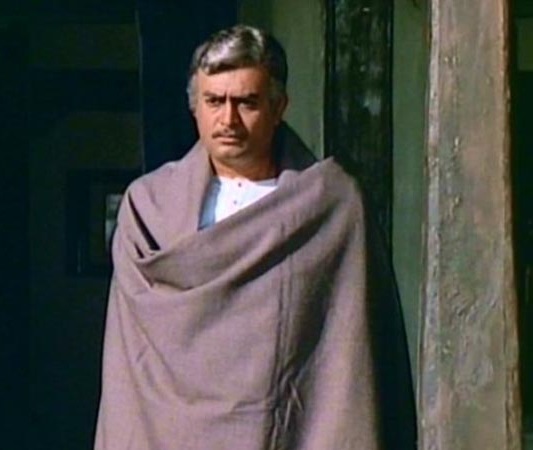 While the makers may have projected Sanju – the underdog – as the hero of the movie, we couldn’t blind ourselves to his selfishness that made him the ultimate villain. When the movie was released, we may have failed to notice how Sanju shamelessly shattered his brother Ratan’s career. 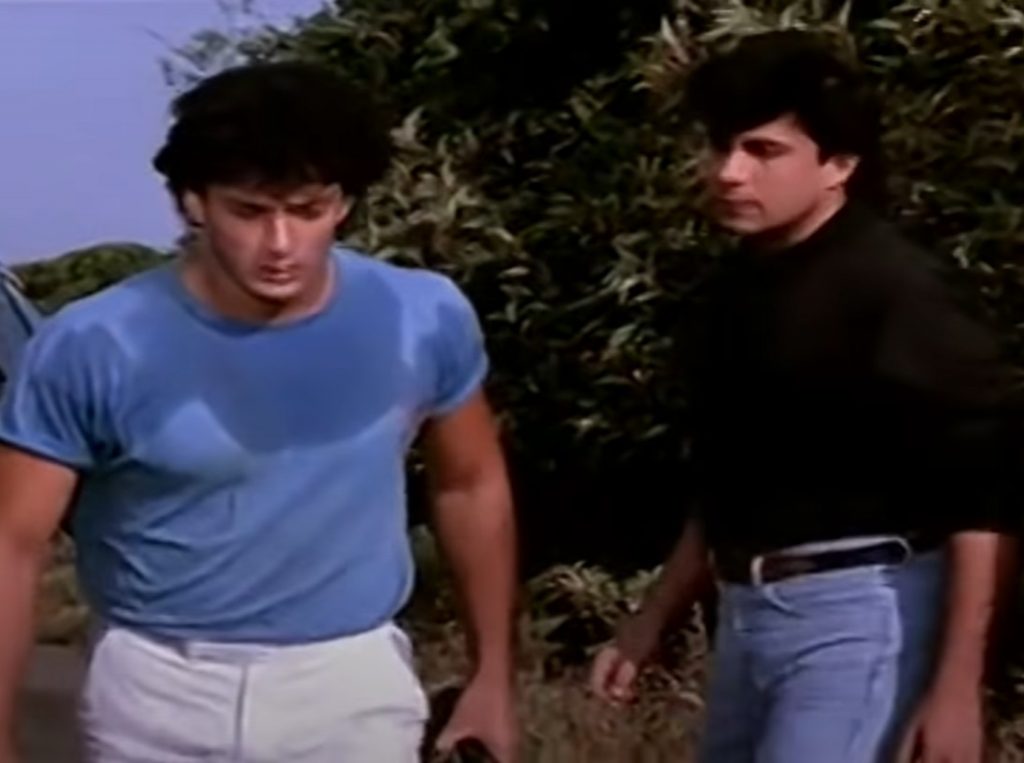 Not only does he steal the money his dad had saved for Ratan’s new bicycle, but also because of him, Shekhar Malhotra & Co. attacks and injures him. It’s due to him, that Ratan has to give up on his dream of winning the inter-college cycle race. 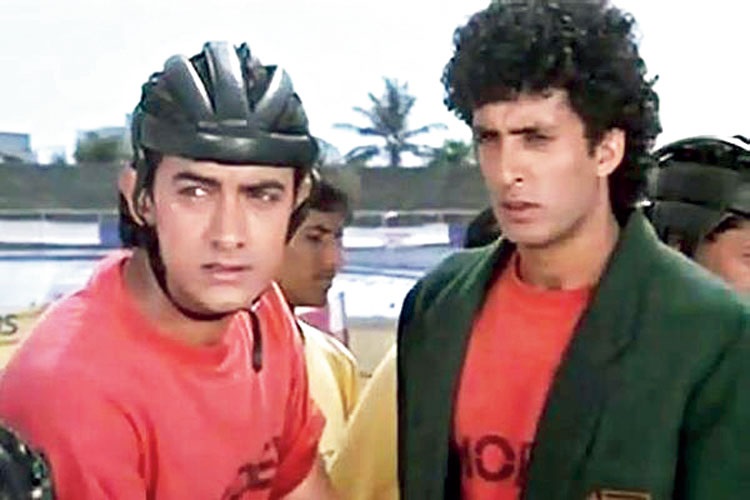 3. Hum Aapke Hain Koun..! had a villain and that was murderous STAIRS!

Things were just going perfectly fine in Kailashnath’s family. With sanskaari family celebrating every small incident in their lives with full pomp and show. But, then the villain of the story struck. And, due to these murderous stairs, Kailshnath’s family lost their daughter-in-law. 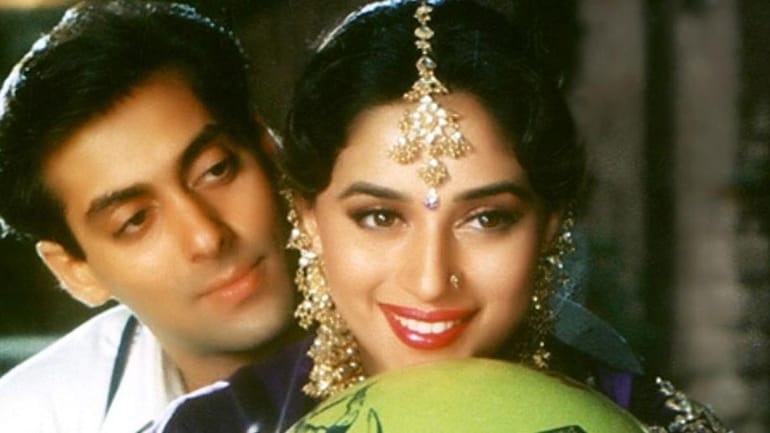 4. Not SRK but Babulal is the real villain in Baazigar 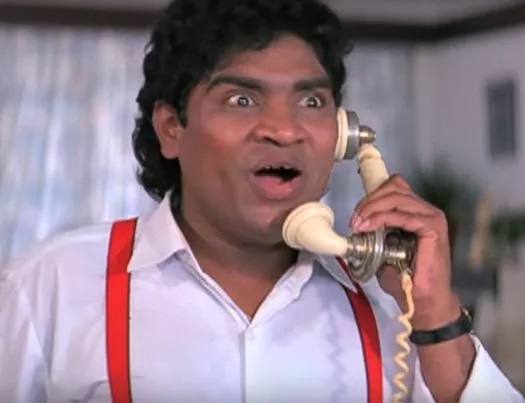 Yes, Babulal. Wasn’t it Babulal – the forgetful servant – who could have saved Seema’s life by delivering the message on time? 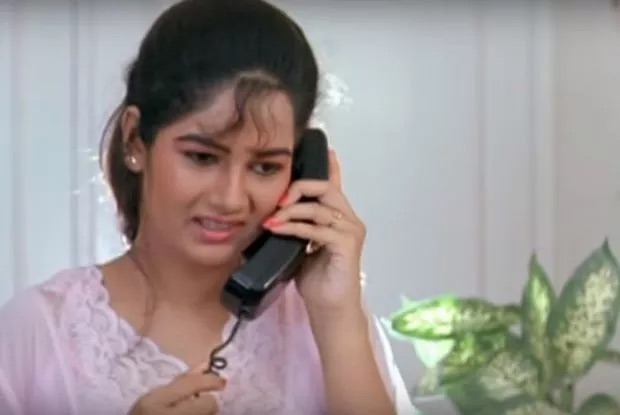 And of course, Ajay a.k.a Vicky would’ve been caught earlier. 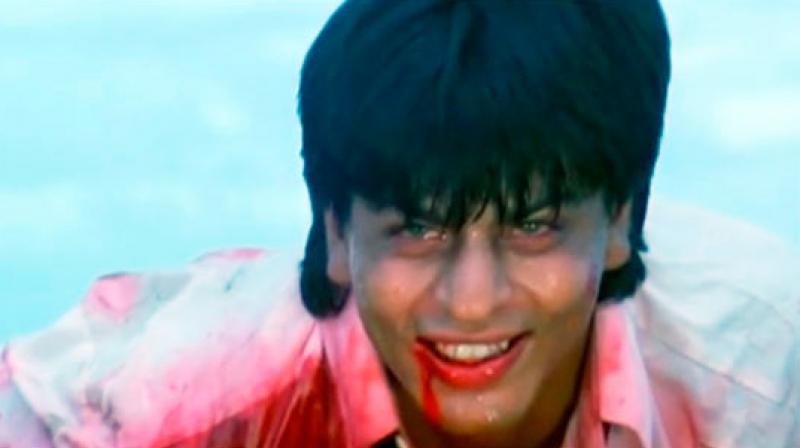 5. Rahul wasn’t the hero but actually the villain in Kuch Kuch Hota Hai

While we all remember Kuch Kuch Hota Hai as the ultimate college romance, but yes, it too had a villain. And, that was none other than Rahul. He was not only a manipulative and toxic friend, but also gave false hope to Anjali In his quest to woo Tina. 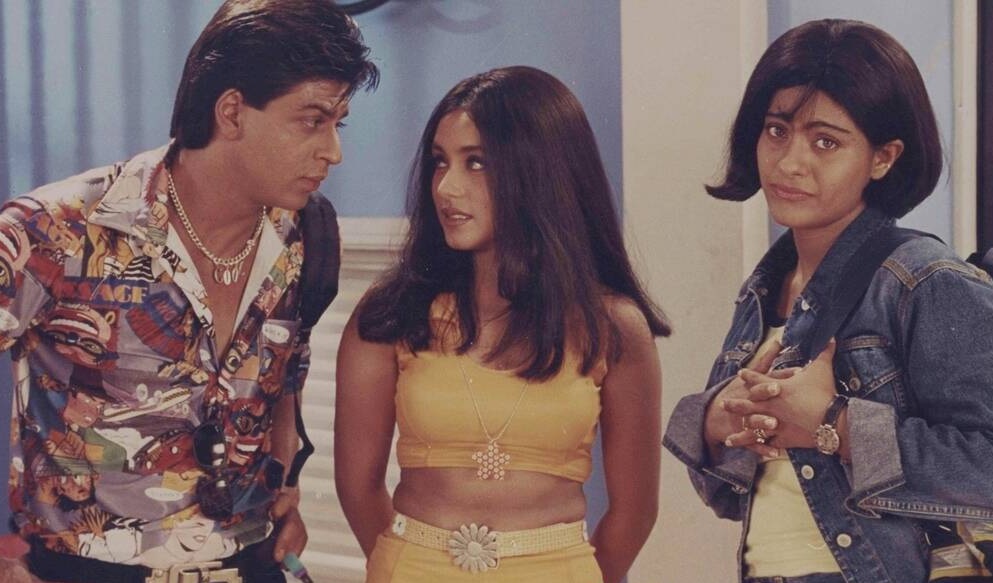 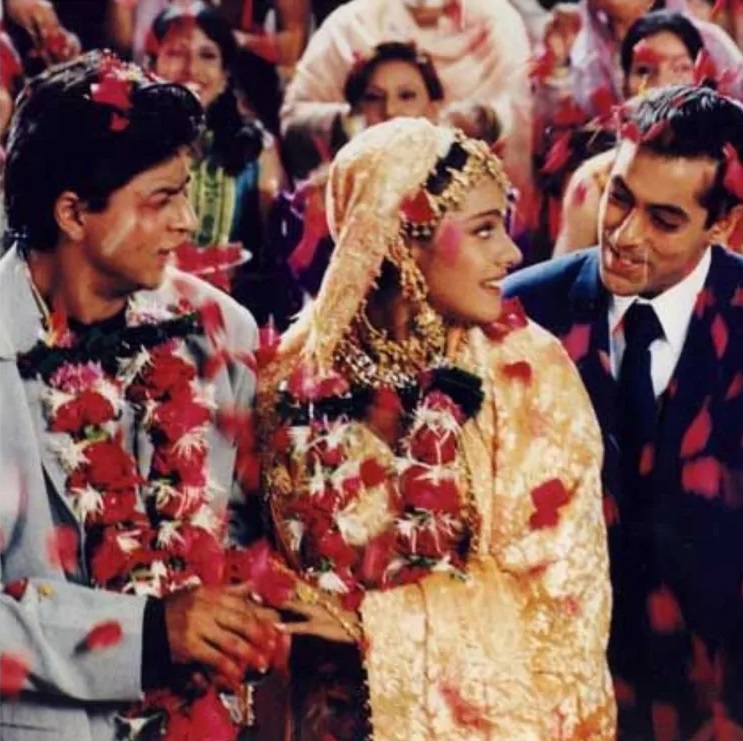 6. Kaho Na… Pyaar Hai – the love story had a villain which was Sonia Saxena

Though Sonia Saxena may have been projected as a damsel in distress, actually she was the real villain. While many may remember Anupam Kher a.k.a Mr. Saxena as the villain, it was actually his princess that needs to be blamed. 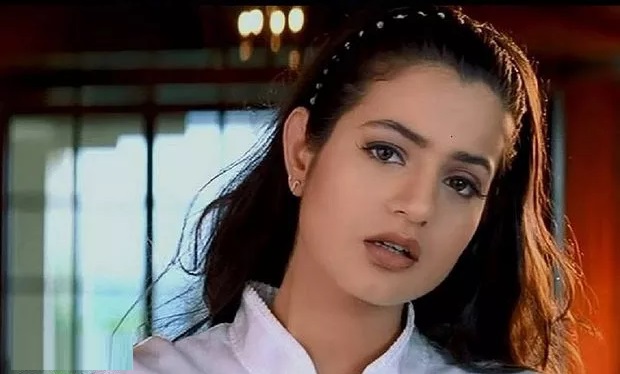 Not only does Rohit get killed by her father’s men, but she also manages to ruin his doppelganger’s life as well. 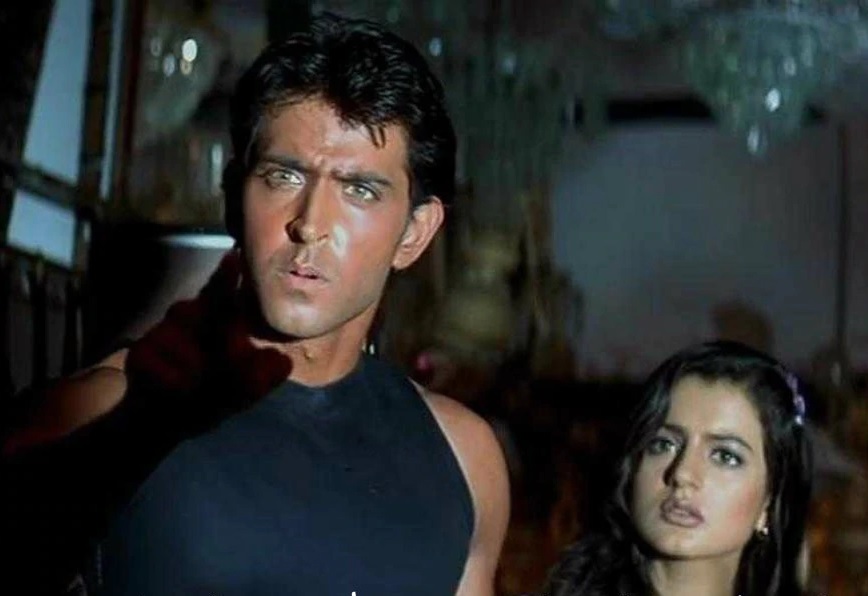 7. By now you may have guessed, Sue McKinley is the villain in Rang De Basanti!

In simple terms, had it not been for her documentary, everyone would’ve been alive. In simple words, she travelled thousands of miles and landed up ruining the lives of a group of happy-go-lucky people as she wanted them to try an advanced level of method acting. 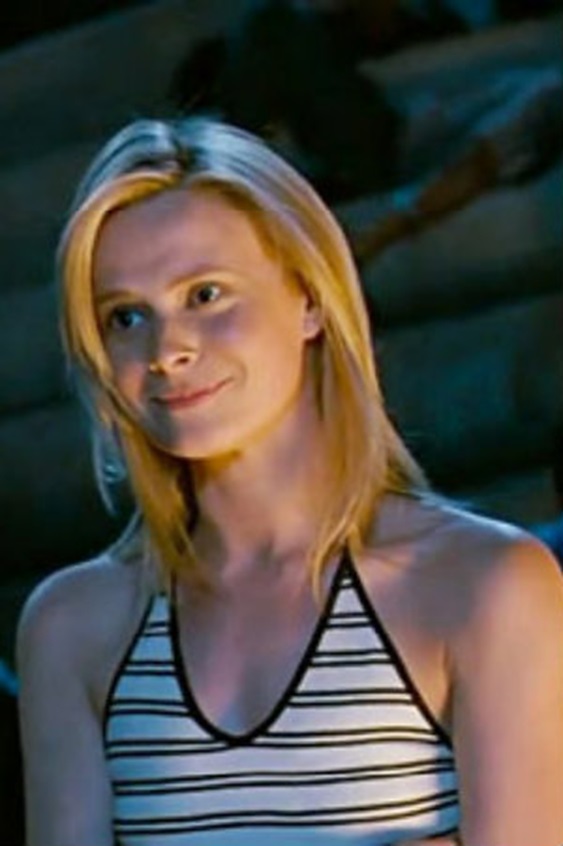 It’s her pushing them to feel the characters that one of them ended up killing his own father and the others hijacked a radio station and got killed. In the end, she got what she wanted – an award-winning documentary! 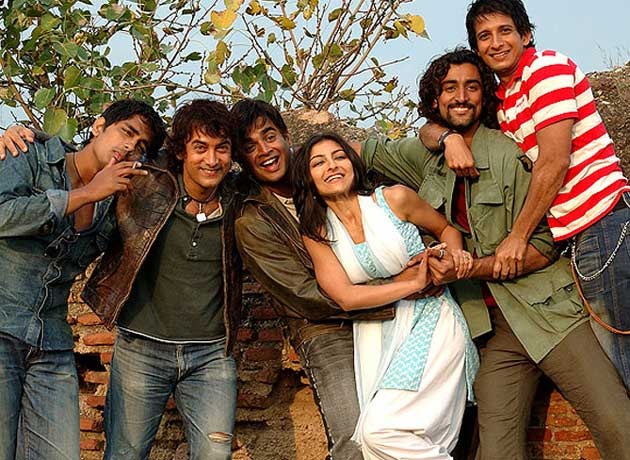 Do share some of such villains who were hidden in plain sight but ruined the lives of many without us realizing it!

*All screenshots from respective movies