The heart-warming movie – Jaane Tu… Ya Jaane Na was released almost 14 years ago. Directed by Abbas Tyrewala, this romantic comedy aptly portrayed the different shades of relationships – from siblings’ bond to friendship to college gang to love interests. It’s amazing how even after 14 years, the movie remains so relevant. Here are some of the reasons why this hatke Bollywood movie is still so close to our heart:

1. How the protagonists, Aditi and Jai, shattered the Bollywood’s regressive stereotypes

Bollywood loves to typically project their heroines as coy, submissive and hence, an object of desire. But, Aditi, was nothing like a typical Bollywood heroine. She was loud, who didn’t take bullshit from people and neither scared to throw a punch. On the other hand, Jai, the Rajput hero was far away from the Bollywood’s ‘macho’ hero! 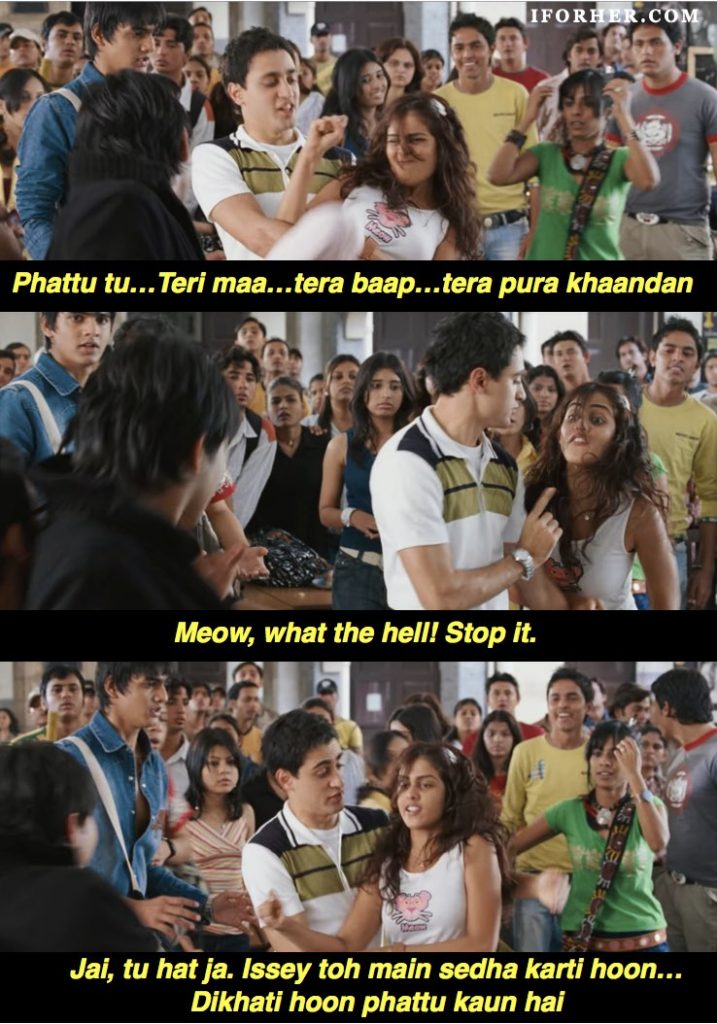 2. The beautiful and wholesome portrayal of parent-child relationships be it – Jai’s mother or Aditi’s Peachy and Pumpkin

Both parents – be it Jai’s mom or Peachy and Pumpkin AKA Aditi’s parents are the the coolest parents in the Bollywood history. These characters shattered the regressive parent-child stereotype set by Bollywood in beautiful ways. These parents supported their kids through it all. 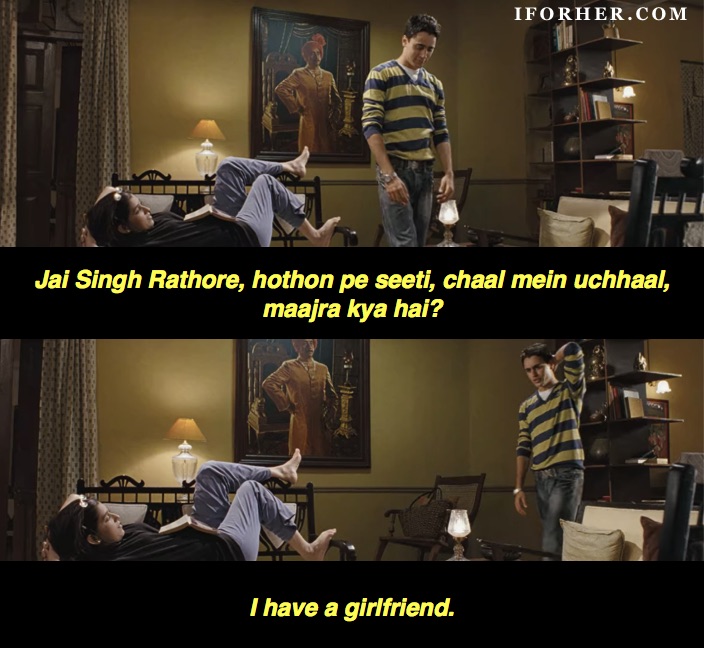 And, the bond Aditi and Jai shared with each other’s parents is also so heartwarming. 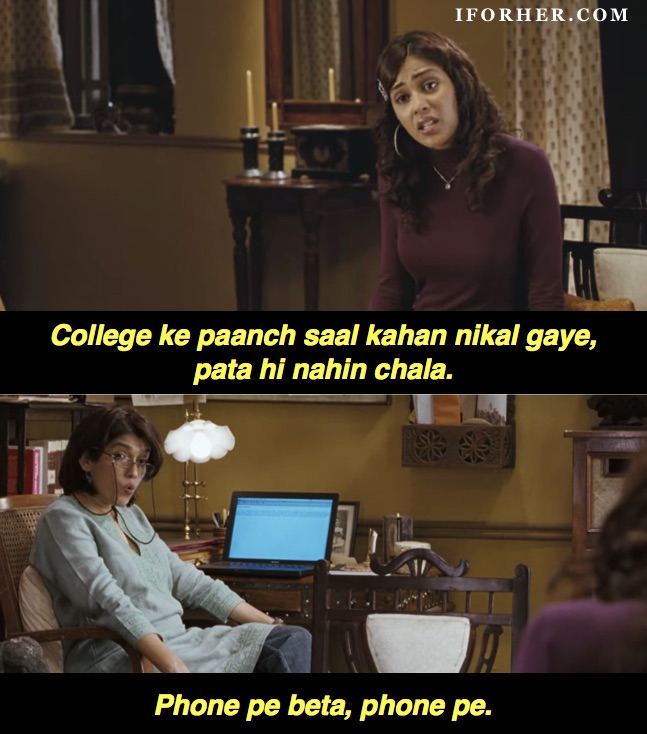 In a scene, where Aditi’s dad scolded Amit and her for fighting in front of a ‘mehmaan‘, hinting at Jai. And, Jai looked around the room as though thinking ‘mehmaan kaun?’ 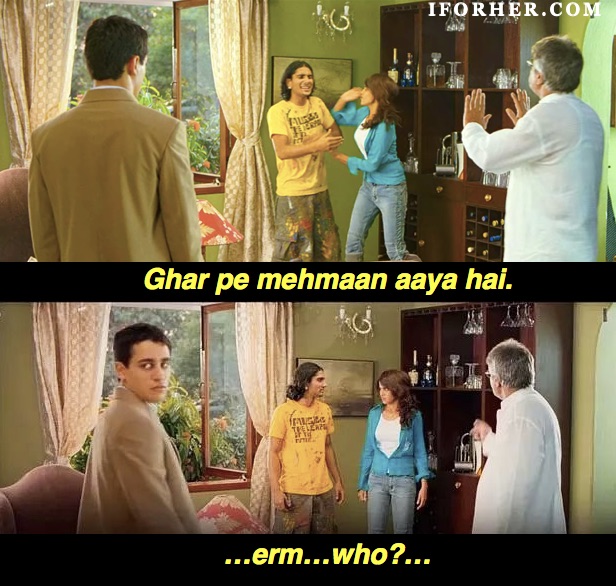 3. Savitri (Ratna Pathak), the single mother shattered so many stereotypes. She strived hard to consciously raise a sensitive and a feminist man.

Jai and his mother, Savitri take turns to cook food. She ensures she doesn’t raise an entitled man. She strived hard to raise him to be a better man than his father, who died in a ‘manly’ fight. Not only she raised him to be sensitive but also encouraged him to express his emotions rather than suppressing them. 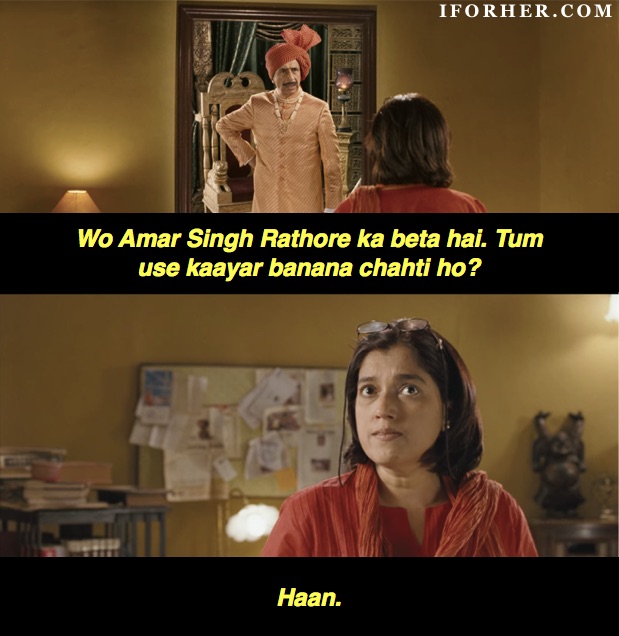 4. How movie captured the beautiful sibling bond so realistically. The bond of love – hate between Aditi (Genelia D’souza) and her brother, Amit (Prateik Babbar) was so close to what we have with our siblings.

Amit and Aditi kept squabbling like Tom & Jerry and that’s how siblings act around each other. Amit keep fighting with Aditi but he stood for her sister when Sushant Modi, Aditi’s fiancé, was being a jerk to her. And, that’s how siblings are. We may fight 24×7, but how dare anyone else can raise their voice at our brother/sister? 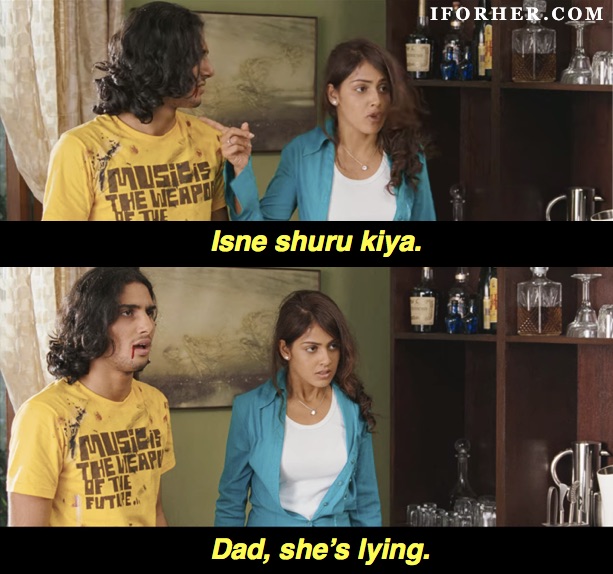 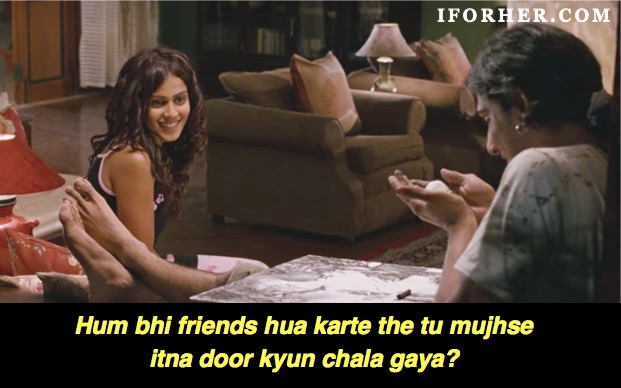 5. The beautiful soulful music by A. R. Rahman had everything. From fun to intense, the music compositions captured everything about love and friendship. 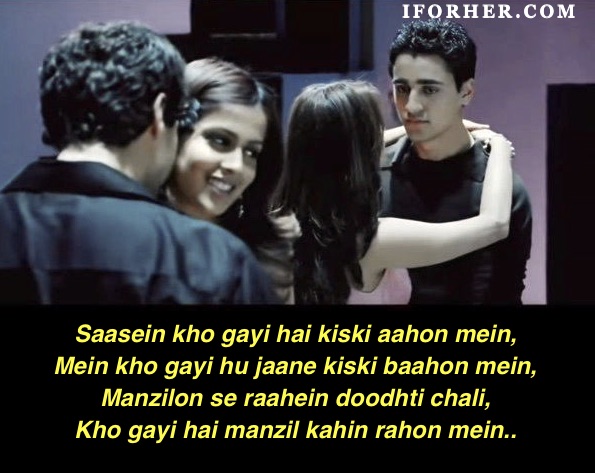 6. How college gang – Jiggy, Rotlu, Sandhya and Shaleen – showed friendship in the most relatable way possible. 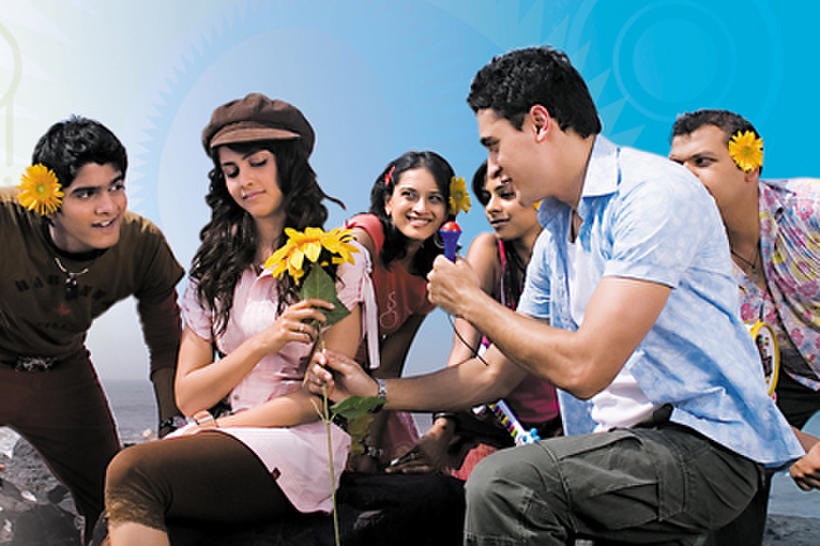 7. Unlike Bollywood these days, this movie didn’t normalize toxic masculinity and abusive relationships.

Though the relationship between Sushant and Aditi started smoothly, it ended up hitting a bump, when Sushant started exhibiting aggression. And, the storyline does away with this toxic relationship. 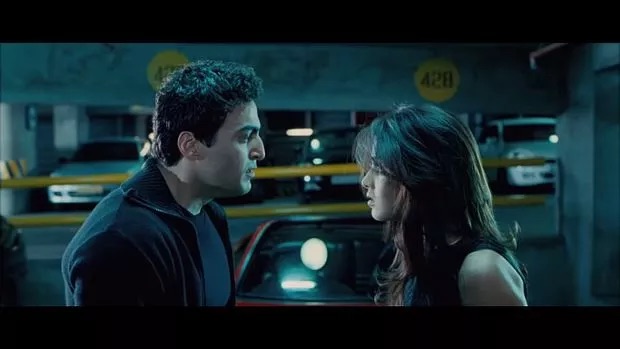 8. Despite being realistic, the movie managed to offer some Bollywood masala of the happily ever after in its own peculiar way.

In a typical Bollywood style, Jai rides a horse and chases Aditi at the airport to express his feelings for her. 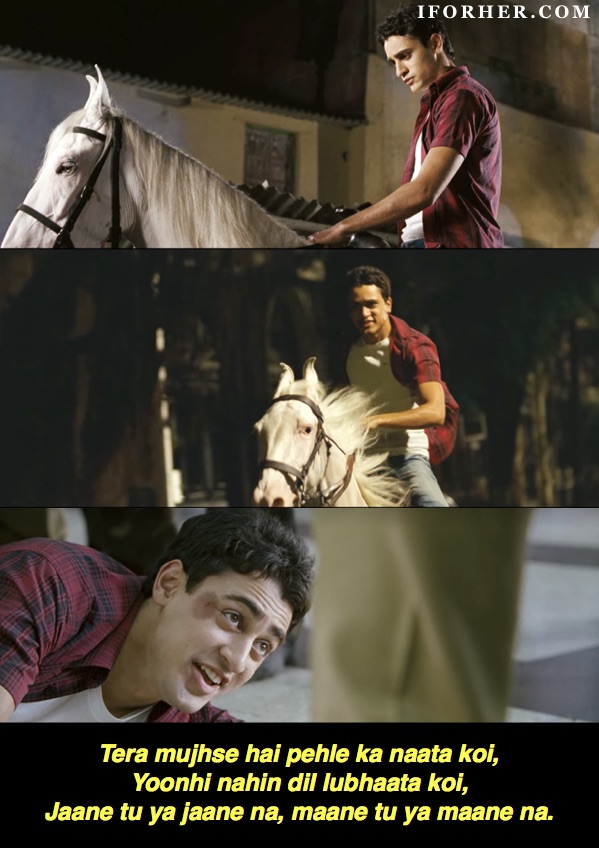 It’s quite crazy how even to this date, this feel-good movie makes us laugh, smile, and cry as it did the first time.