Pick any episode of the evergreen sitcom FRIENDS, and there is nothing that wouldn’t cheer you up. Rachel for her quirkiness and amazing fashion sense, Joey for lighting your day, and Phoebe for you taking everything in an optimistic way, or rather a Cosmic way. Chandler to amuse you with his wit, Monica for all her clean ‘I know’ moments, and Ross for his dinosaursly-lovely dedicated-ness. Put them all together during festivals, and we cannot ask for anything more. Let’s head back to those amazing Thanksgiving episodes of Friends and get entertained like we always do! 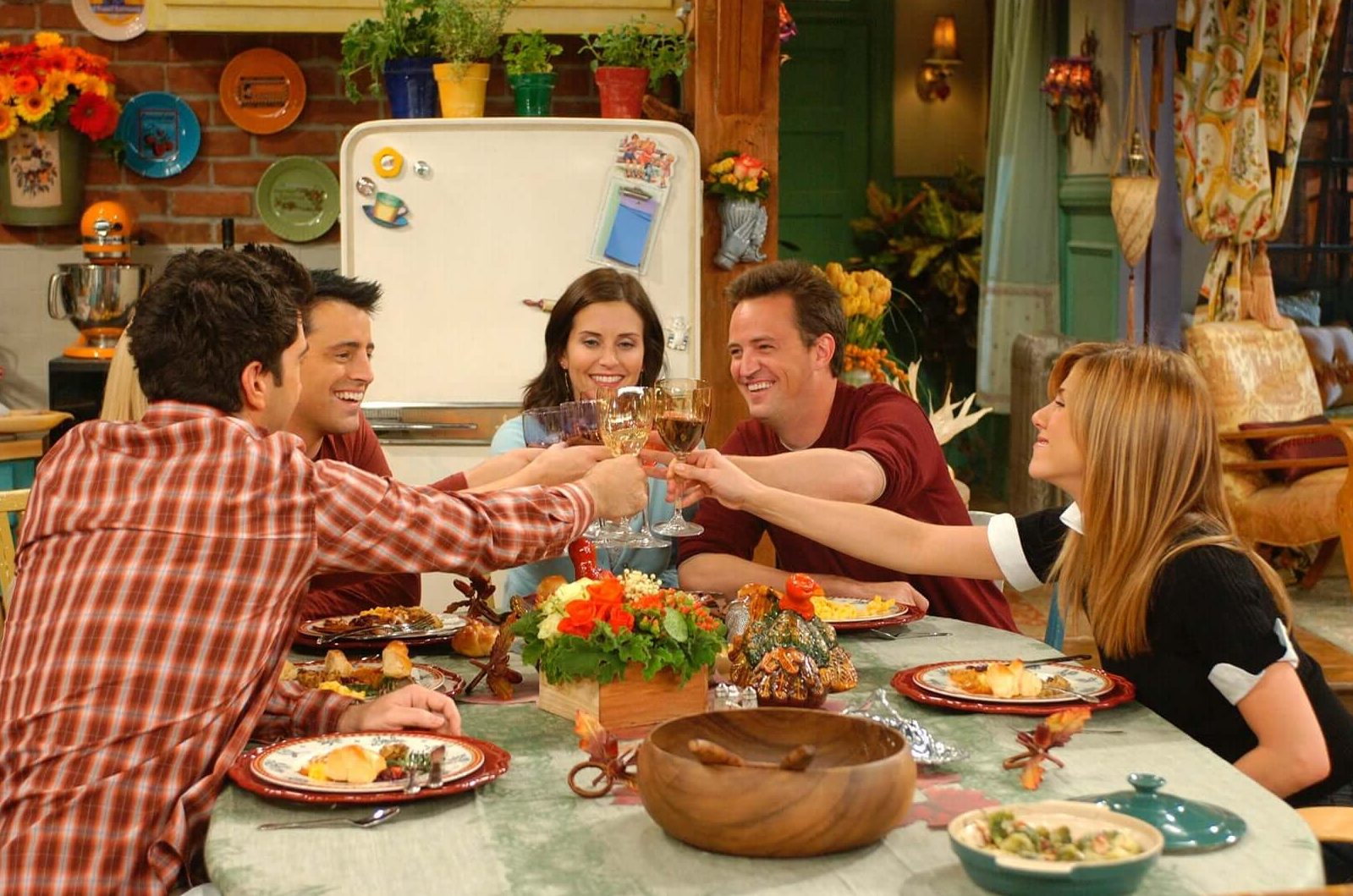 9.”The One Where Chandler Doesn’t Like Dogs” [Friends: Season 7 Episode 8] 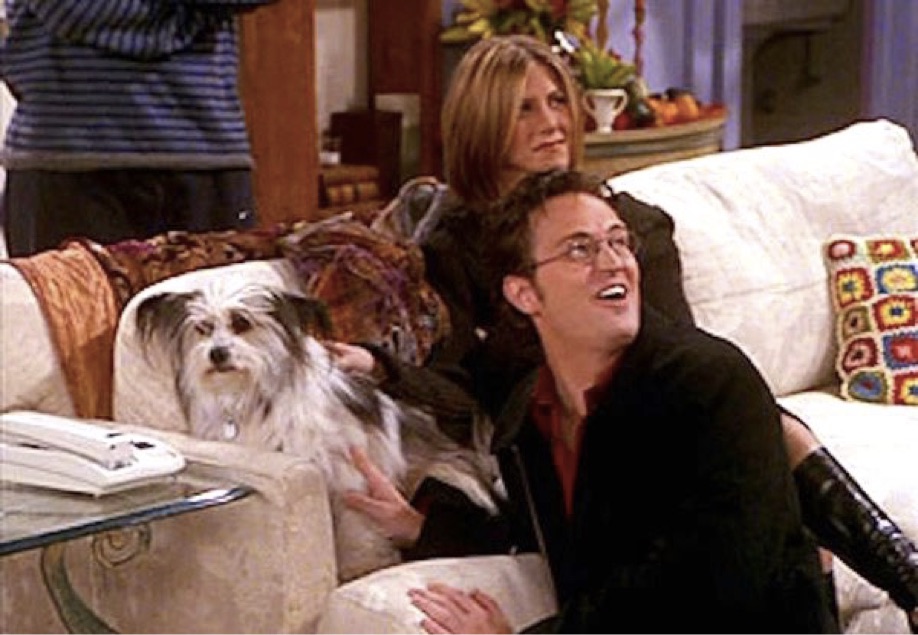 This episode revolves around Phoebe hiding a dog from Chandler at Monica’s apartment, Ross’ struggle to name all the fifty states to win the Thanksgiving dinner, and Joey spilling the beans about Rachael having a crush on her assistant Tag, who was dumped by his girlfriend. Quite a happening Thanksgiving, isn’t it? Watch it here. 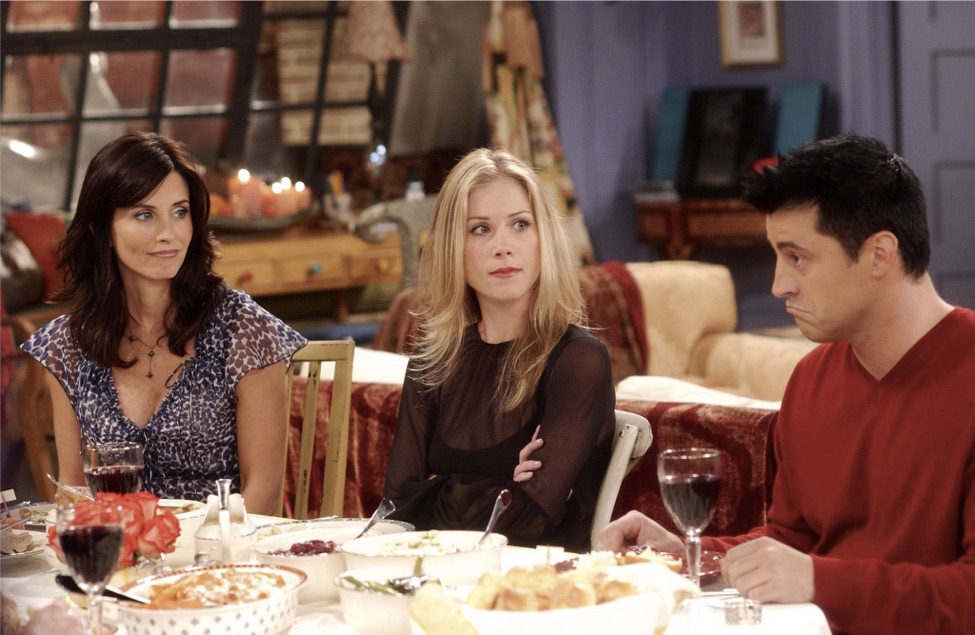 This Thanksgiving episode of Friends revolves around trying to save Monica and Chandler’s wedding china from breaking, Joey realizing he was supposed to be with the “Days of our Lives” star cast in the parade, Rachel’s sister showing up after years to borrow a hair-straightener and how she goes on a spree insulting everyone. In a verbal war of who gets to keep Emma after Ross, Rachel, and Monica die, Chandler’s hurt and keeps sulking until he breaks all the wedding China into pieces. Phewww! Watch it here.

7. “The One Where the Underdog Gets Away” [Friends: Season 1 Episode 9] 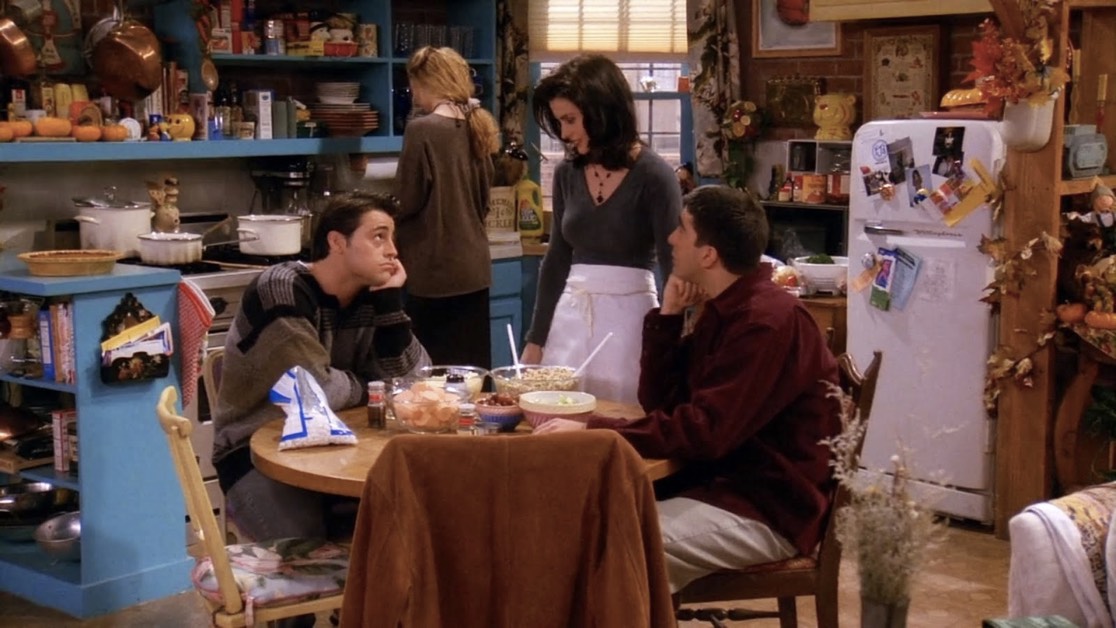 Much of the Thanksgiving in the first season deals with all the characters not being able to do what they wished for. It’s about burning potato delicacies Monica made for everyone based on their taste, Rachel missing the flight, Ross trying to bond with the baby, the uterus, Phoebe’s double Thanksgiving, spotting the ugly naked guy, Joey’s fear for his family with respect to his VD posters, and Chandler’s boycott pilgrim holidays as it reminds him of his parents’ divorce. But the end of all of it all, they are happy! Watch it here. 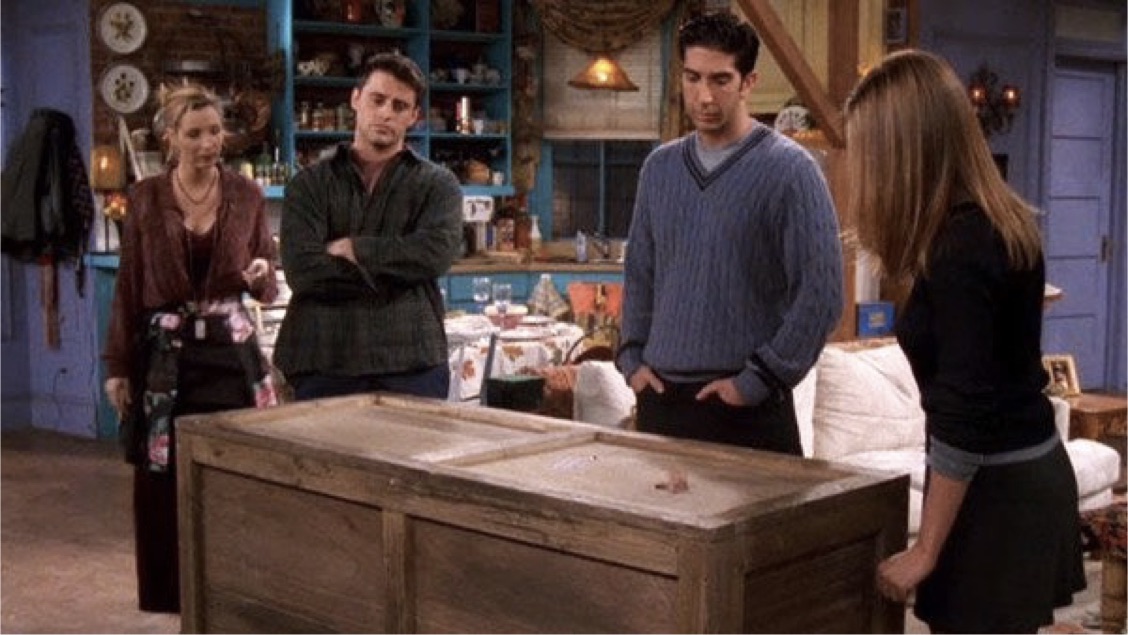 Not a happening Thanksgiving, but it’s FRIENDS guys! This episode revolves around Joey punishing Chandler for kissing Kathy, Monica’s awkward encounter with Richard’s son, and Ross’s fuss about Rachel not taking good care of gifts he presented to Rachel when they were dating. Watch it here. 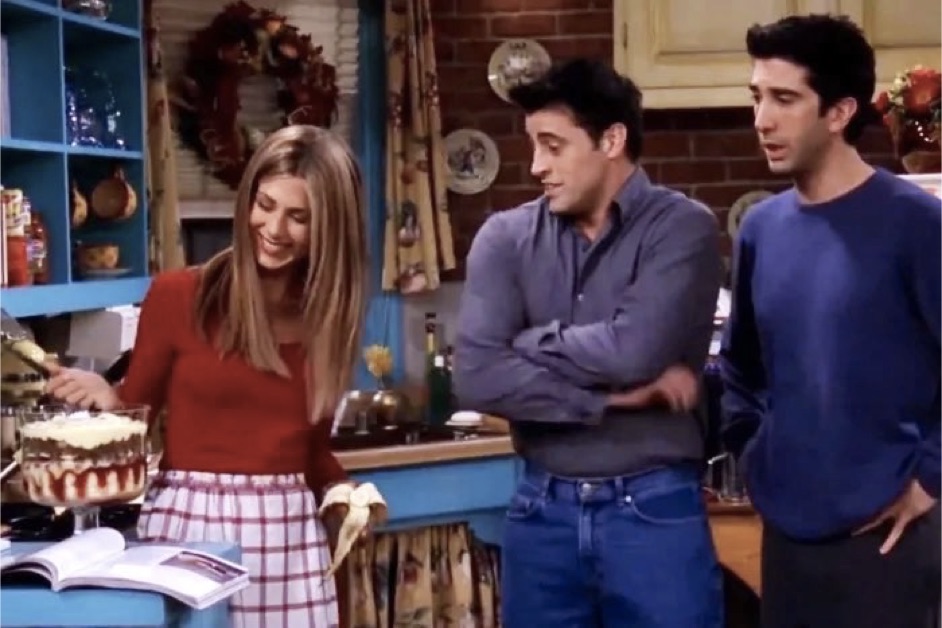 This Thanksgiving Monica and Chandler decide to invite Monica’s parents for dinner and try to woo them, which turns out to be an event where Ross and Monica go on screaming secrets about each other. Meanwhile, Phoebe confesses her love for Jacques Cousteau, Joey wants to leave, and most important of all, Rachel made a trifle layered with beef! Watch it here.

ALSO READ: 15 Inspiring Quotes By Jennifer Aniston That Guide Us Towards Happy Life 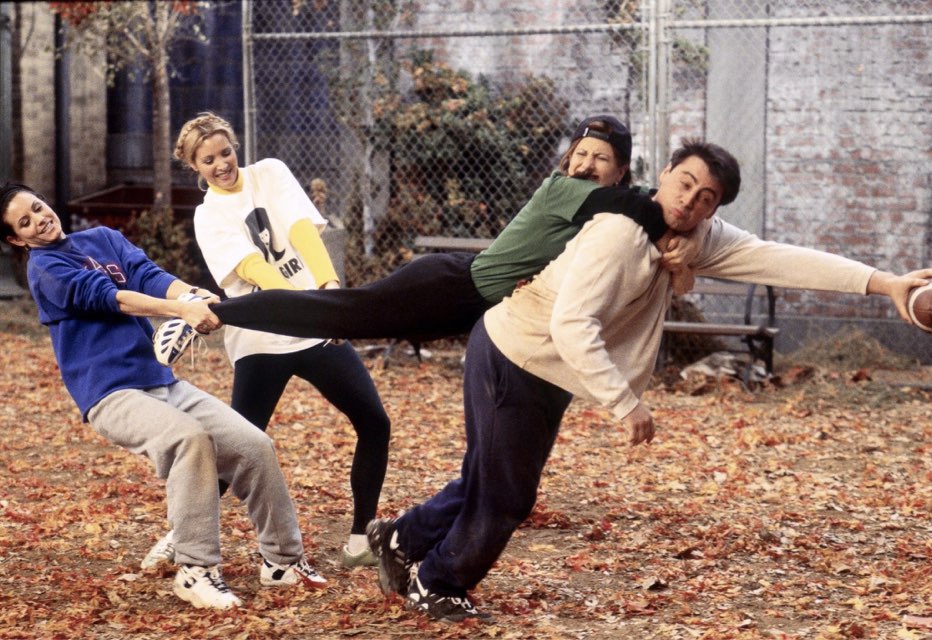 The competition runs in the Geller family and it is proved yet again in the Football game where the Geller cup was once again the center of the story. This Thanksgiving was a complete game episode, a little from the sibling’s past, and an undecided winner in the end! Watch it here.

ALSO READ: 35 Best Thanksgiving Quotes To Express Gratitude To Those You Love

3. “The One With the Late Thanksgiving” [Friends: Season 10 Episode 8] 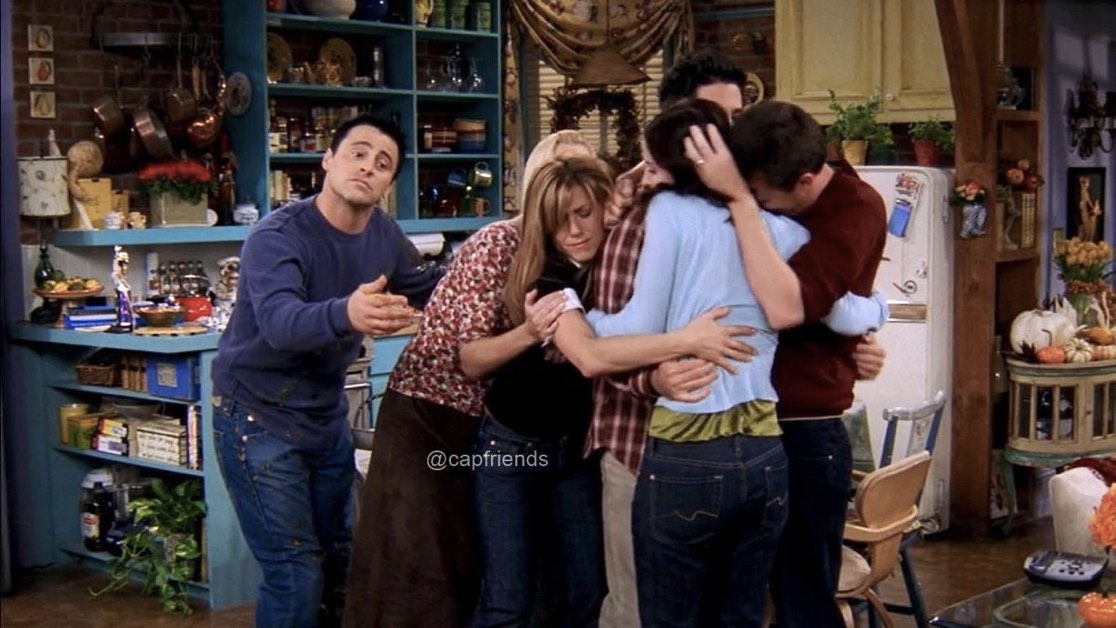 Like every Thanksgiving, Monica cooks food excitedly for everyone but this year Ross, Phoebe, Joey, and Rachel are an hour late for dinner and so they were not allowed inside the apartment. While they all peek into the apartment, Joey manages to get his head stuck, when released he crashes and ruins the dinner on the table. But in the end, one phone call made Monica forget all the mess. Watch it here.

2. “The One With All the Thanksgivings” [Friends Season 5 Episode 8] 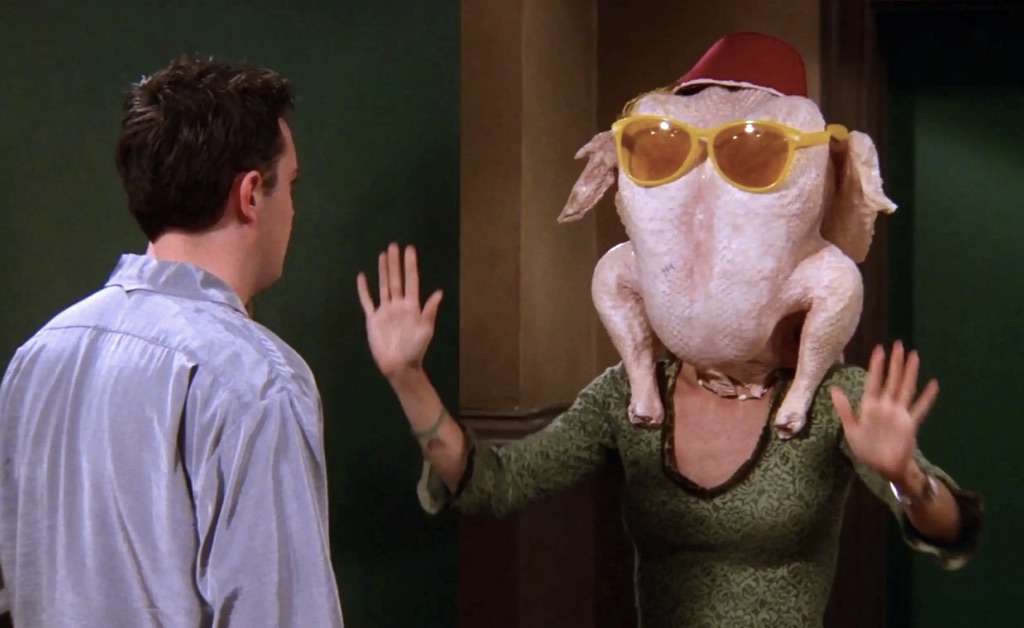 Just so Ross doesn’t feel he has the worst thanksgiving, he makes everyone confess their worst holidays. This episode takes us into flashbacks and gives away important information. This is also the epic episode where Monica wears Turkey over her head to apologize to Chandler because he learned that he lost his toe because he once called Monica ‘fat’. Watch it here. 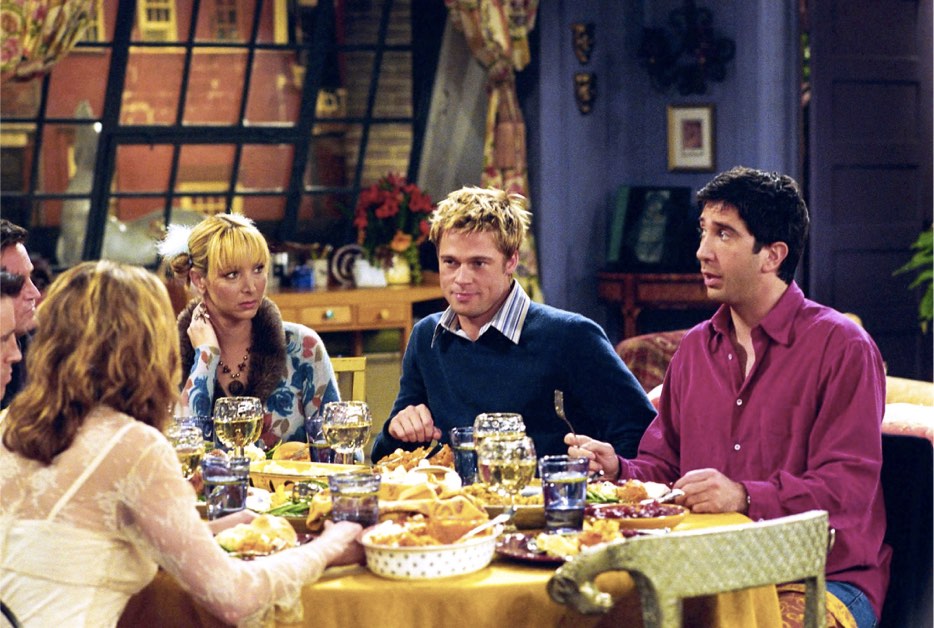 This Thanksgiving also takes you into a flashback, when a friend from the past (Brad Pitt) appears and reveals that he and Ross used to be a member of ‘I Hate Rachel’ Club. It’s all about funny rumors, delicious dinner, a lot of heated-yet-so-funny arguments, and Joey who is adamant about finishing giant Turkey cooked by Monica. Watch it here.

Hope you make your Thanksgiving extra special with these special thanksgiving episodes of Friends!