Being a woman in India is never easy! The increasing incidents of abuse, harassment, and rape make us wonder if women can ever walk free on the streets of our country. 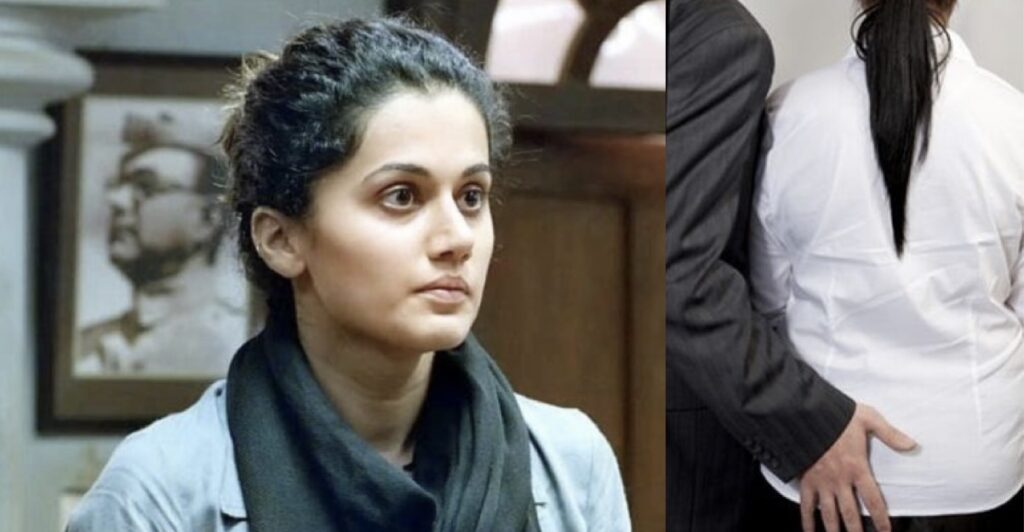 But, in the midst of sadness and disappointment, there are some brave and courageous women who are not only raising their voices against abuse but also taking away shame from the abuse victims.

One such courageous voice is Taapsee Pannu, who recently opened up about a horrific incident when a man tried to touch her from behind on Kareena Kapoor Khan’s radio show What Women Want 2.

Recalling the horrid incident, she said,

“We used to go to the Gurudwara during Gurpurab and I remember there used to be stalls next to it that served food to people outside. The place used to be crowded in such a way that people would always end up bumping into each other. I had awkward experiences before this incident as well. But this time, I had an intuition that something like this would happen as I am going into that kind of crowd. I was mentally prepared for it until I felt a man trying to touch my backside. That’s when I realized that this has happened again.”

Taapsee was brave enough to defend herself and she gave that man a hard lesson.

“This was followed by an instant reaction. I grabbed his finger twisted it and moved fast from that area,”

After hearing Taapsee Pannu’s shocking incident, it is disheartening to see how a woman is not even safe in God’s house.

At IFORHER, we salute every woman who is coming forward to share her story of abuse without any fear. These heartbreaking stories reflect how it’s not the victim of abuse but our society that needs to be ashamed.