Woman Shares How Family Cut Her Off For Divorcing A Toxic Husband, Internet Showers Love

It is heartbreaking how even in the 21st century, many parts of the world see divorce as a failure. And, what is even more saddening is the fact that more often than not women are blamed for not making the marriage work. She is blamed and insulted for not being able to keep the family together. She is insulted for not being selfless enough to stay in an abusive marriage! And, not just society, but sometimes, their own family see them as the ‘bad women’- a bad influence on the families and children.

While speaking with Reddit, a woman shared how her marriage ended up in divorce. Long story short, she gave up her career to support that of her husband’s, shifted to the US, had to depend on him financially as visa issues caused her to remain unemployed and thereby, causing their marriage to turn bitter. 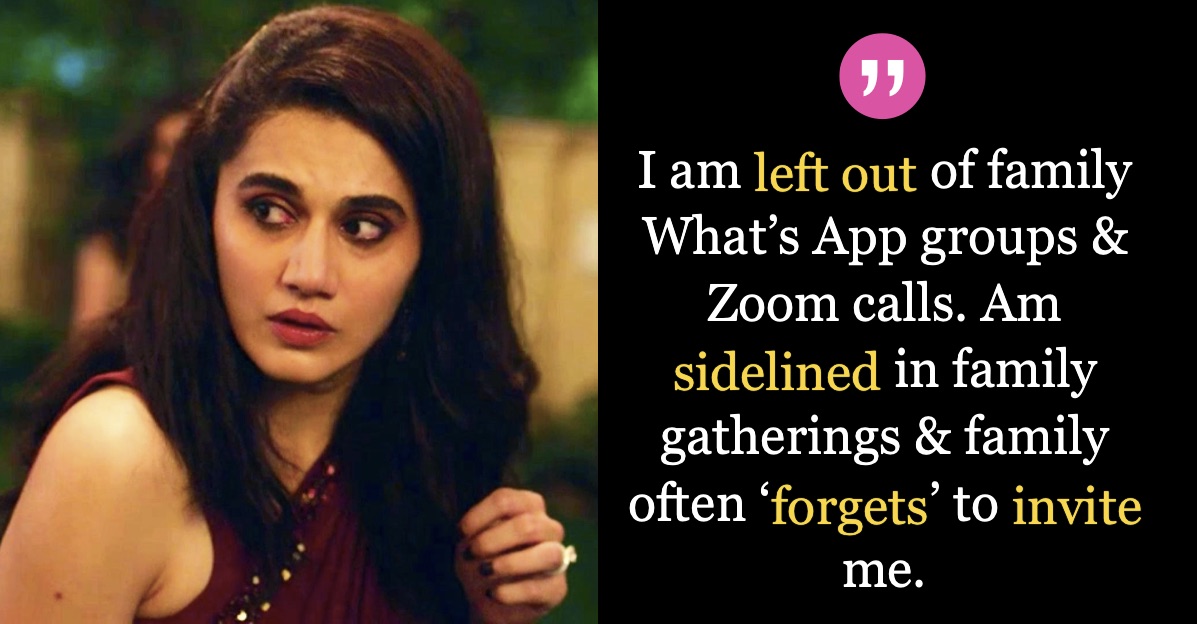 And, when it was time for her visa to get renewed, her husband submitted the documents late. This caused her to return back to India as her visa wasn’t renewed on time. After coming back, her husband shattered all the contacts, eventually leading her to file for divorce.

“I was forced to move back to India and to my devastation, my ex-husband went no contact. After spending months trying to email him and reach him, I filed for an ex-parte divorce in 2008,” she wrote.

But, how her family treated her after the divorce is so heart-wrenching. She shared how after her divorce her family, even her mother started to alienate her. From not being invited to family gatherings to being kept out of family WhatsApp groups – this is how this woman was treated, just because she chose to move out of an unhappy marriage.

“I’ve seen a noticeable difference in how I am treated by my extended family, and even my own mother. I am subtly sidelined in family gatherings, and extended family often ‘forgets’ to invite me. My sibling and his family is personally invited, but somehow folks have a sudden loss of memory when it comes to me.”

She further shares how even her remarriage couldn’t get the stigma erased. Rather, it has got worse.

“I remarried a few years ago and hoped that my remarriage would erase the stigma. To my chagrin, that hasn’t happened. I regularly learn of family gatherings, where not one of my fifty-strong extended family remembers to invite me. I am left out of family What’s App groups and Zoom calls. These people have known me from babyhood, but a traumatic life event like divorce is all it takes to realise how fickle, an impressionable and judgemental close family can be. None of these people have ever asked me, to my face, about the details of my divorce. Yet, the ostracism and erasure are almost complete. I often ask myself why this is so.”

Though she may not be finding support from her own family, but she received support from innumerable people on Reddit. While many lauded her for her brave move, many assured her that it is better to just let go of people who can’t be empathetic.

At IFORHER, we are in awe of this inspiring soul, who isn’t letting society and her own family break her. It is never easy to stand against your own famiy, but how this woman stood against her own mother and family for her dignity and self-respect is quite inspirational. You Go Girl! Thanks for inspiring us!