Ahead Of Marriage, This ‘Dabang’ Cop Fearlessly Arrested Her To-Be Husband For Cheating Others

Recently, internet celebrated Junmoni Rabha, a sub-inspector in Assam’s Nagaon district, as a real hero. This inspiring role model decided to file an FIR against her fiancé for committing fraud. She’s an example of leaders our society needs.

Junmoni got engaged to Rana Pogag pretty quickly. But long before the couple met, Pogag had been cheating people under the pretext of getting them jobs with the Oil and Natural Gas Corporation (ONGC).

As per the sources, he had claimed that he was working with ONGC and went on to ask people for money in exchange for a job with the company.

Introducing himself as a public-relations officer, the conman was soon arrested when the sub-inspector found out he had been scamming people. When Rana Pogag searched his bag, she found fake seals and documents of the ONGC. Without any hesitation, she lodged an FIR against him. Ultimately, Pogag was arrested and sent behind bars for his actions.

Many netizens came forward to celebrate Rana for being a real hero!

The oath to protect the law “at all costs” should override everything else. Glad that the oath means something to some. Bravo Junmoni Rabha👏👏#Assam https://t.co/ZNnqu4qNFT 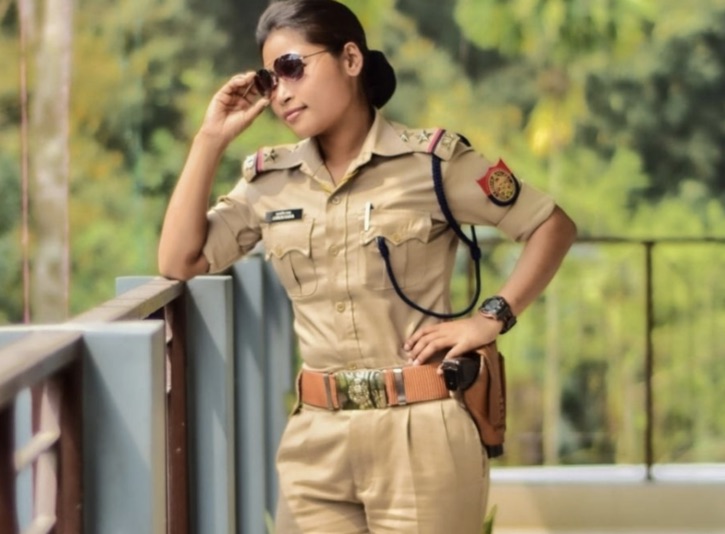 This isn’t the first time Rabha has been hailed as a hero. Sometime back she took on Assam MLA Amiya Kumar Bhuyan for disrespecting her and speaking to her in an unwarranted tone. At IFORHER, we celebrate this real hero and hope many more seek inspiration from her.