While fighting against Domestic abuse, how Shivangi Goyal, the mother of a 7-year-old created a life of dignity for herself and her daughter. Scroll to read more about this inspiring story of true determination and hard work.

Shivangi Goyal, a resident of Pilkhuwa, Hapur in Uttar Pradesh is no less than a real hero. Her inspiring story is a reminder that true determination and hard work conquer all. In a proud moment, recently Shivangi Goyal secured the 177th rank in UPSC.

But what makes Shivangi Goyal’s success story even more inspiring is the fact that this mother of a 7-year-old is a domestic abuse survivor. After suffering harassment and abuse at the hands of her in-laws, she chose to build a life of dignity for herself and her daughter.

Like many unfortunate women across the world, Shivangi Goyal’s married life was filled with brutal instances of domestic abuse and harassment by her in-laws. But, how Shivangi refused to bow down to abuse and fought for her dreams is quite commendable.

Shivangi Goyal cleared her UPSC exam while fighting a divorce case against her husband.

As per a report by India Today, Shivangi shared that she wanted to become an IAS officer even before marriage, but had failed in two attempts. Post which, she got married. But, her married life wasn’t blessed with happiness. After she got married, she recounts, she was abused at her in-laws’ place and was subjected to domestic violence.

Tired of being abused and harassed, she finally returned to her maternal home with her daughter. Her divorce case is still running in court.

When she returned to her family, her father encouraged her to focus on her life and her dreams. It was then, that she started preparing for the UPSC exam once again. She worked really hard and finally her hard work paid off. And, she secured the 177th rank in UPSC.

Shivangi shared how she had been dreaming of this day since her childhood days and finally, it has dawned.  Shivangi also shared that she was in school when her principal had asked her to prepare for UPSC. Since then, it was her dream to become an IAS. To clear UPSC, she did self-study and her subject was sociology.

Shivangi credits her success to her parents and daughter Raina. Shivangi’s father, Rajesh Goyal, is a businessman while her mother is a homemaker. As per the report, Shivangi believes that her achievement is proof that a woman can achieve anything they want and that one mustn’t be afraid of speaking against wrong.

Her Message to married women: “I want to give a message to those married women in a society that if anything wrong happens to them at their in-laws’ house, they should not be afraid. Show them that you can stand on your own feet. Women can do anything they want. If you study well and work hard, you can become an IAS,” she was quoted as saying in the report. 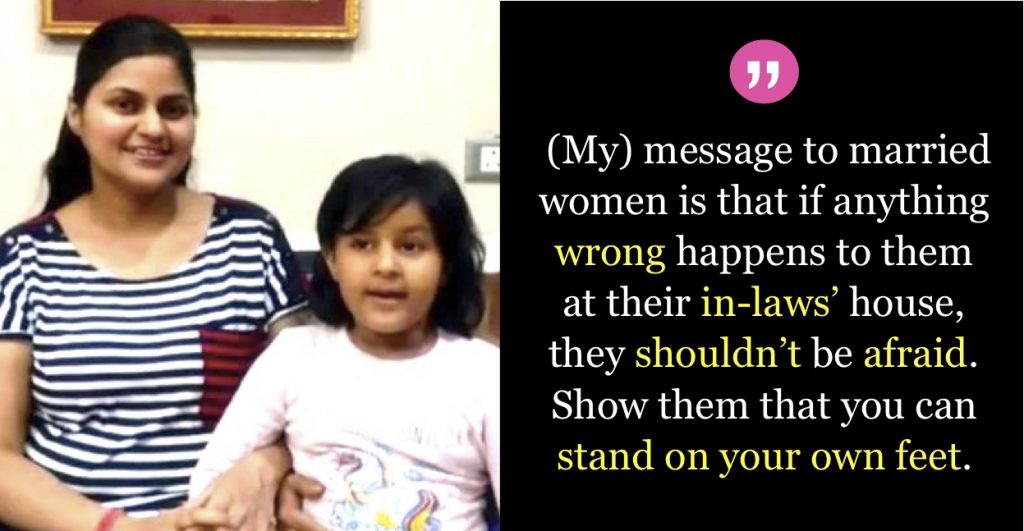