Sudha Murty has inspired millions of men and women across the world for multiple reasons. She inspired us with her simplicity in the world obsessed with luxuries and her acts of kindness towards humanity during the tough times.

She has always been an inspiration for strong, empowered and independent woman. 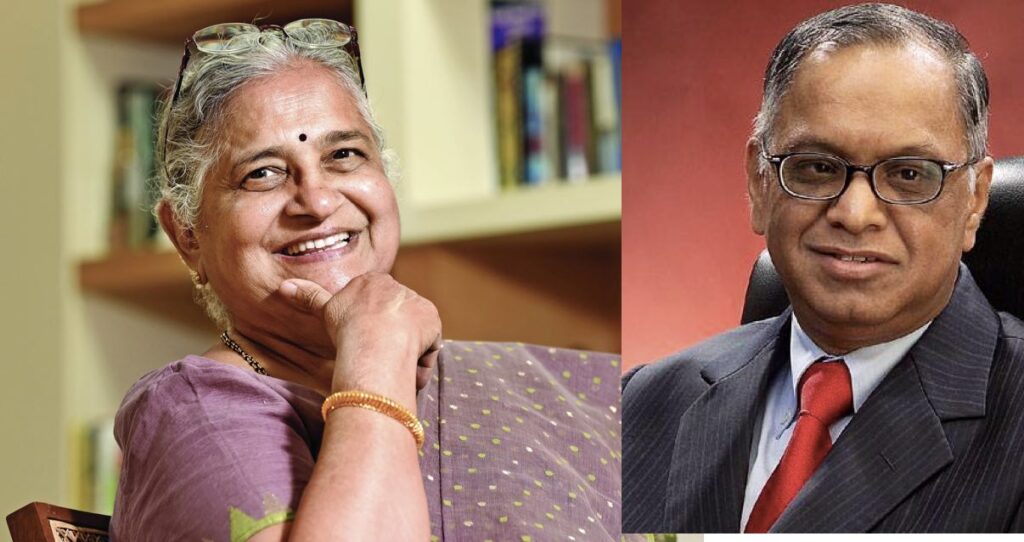 We live in a society, where women are raised to get married. It doesn’t matter how intelligent or qualified they are, society pushes them to lose their own identity after marriage to adopt a new one as being someone’s wife.

While our society may celebrate women who lose their identity in being someone’s wife, Sudha Murty is definitely a rebel that we adore. Sudha Murty may be in love with NR Narayana Murthy but she shares how she doesn’t want to be remembered as his wife.

In an interview, when Sudha was asked about how she met  Murthy, she shared that they met through a common friend who worked in Telco. Sudha often used to borrow books from this common friend, whose several books bore the signature of NR Narayana Murthy. While sharing the details, she added further:

“In my mind’s eye I pictured Murthy as someone bold and confident, but when we eventually met he turned out to be a shy, soft-spoken introvert. We started meeting regularly as part of a group and much later alone.”

How Narayan Murthy proposed Sudha was as unusual and original as both of them. As per sources, one day when the couple were in a rickshaw rattling through the streets of Pune, Narayan Murthy turned to Sudha and said,

“I am 5 feet 4 inches tall. I come from a lower middle-class family. I can never be rich. You are beautiful and intelligent. You can get anyone you want. But will you marry me?”

Everything else is history. Sudha accepted the proposal and they married on February 10, 1978. Unlike what Narayan Murthy believed about him being rich, he later became one of the richest business tycoons in India.

While many would have been loved to be known and remembered as NR Narayan Murthy’s wife, Sudha sold her jewelry for Infosys, has a different yet empowering viewpoint.

In an interview, when Sudha was asked about how she feels about being known as Narayana Murthy’s wife; her admiring reply was:

“I would rather be remembered as an author and social worker than the wife of a billionaire business tycoon.”

In fact, Sudha spells the family name differently from Narayan Murthy because she was told that the ‘h’ is unnecessary.

Over the years, Sudha has made the society realize that she is her own person – a woman who plays various roles other than just being a wife to Narayan Murthy. She has inspired many women to believe in themselves and find their own purpose in life. (Here’s how did Sudha Murthy find her purpose in life?)

In one of her interviews, inspiring other women to believe in themselves, Sudha Murty mentioned:

“I believe women are more courageous than men.”

“Women should know their potential and harvest it for their betterment. Because if she will make herself better, society will be better. Women should give up the attitude – “I can’t do it because I am a female”.

Also Read: When Sudha Murty Was Told Women’s Place Was In Kitchen

At IFORHER, we are in awe of Sudha Murty on how she has used such simple words to make women believe in their worth.

It is saddening how women support their husbands realizing their dreams but when it comes to their own dreams, society wants them to be satisfied being someone’s wife. We hope many would seek inspiration from Sudha Murty for not hesitating from finding their own identity.