Many of us adored the  Bollywood project – Shakuntala Devi – The Human-Computer. Didn’t we? But, there is still a lot more to know about this extraordinary genius.

If like many of us, you are also inquisitive about the life of Shakuntala Devi and what was so extraordinary about her, this post is a must-read. Here’s all that you need to know how Shakuntala Devi was the woman of substance and courage

Don’t make your limits by yourself because God makes our mind with unlimited powers. It is in your hand to use it positively or negatively.

She was a rebel!

Her father belonged to an orthodox Kannada Brahmin family. In order to realize his dream to be a circus performer, he ran away from home.

In the circus, he excelled in trapeze, tightrope, lion taming, and human cannonball acts. After the shows ended and the tents were pulled down, he would spend time with his daughter, and perform card tricks to entertain her.

Though he believed Shakuntala was too young to understand his ‘magic’ tricks, he was surprised when this 3-YO defeated him at his game – because she had perfectly memorized the numbers.

It was then he realized that Shakuntala was a mathematical prodigy with a gifted ability to memorize numbers. 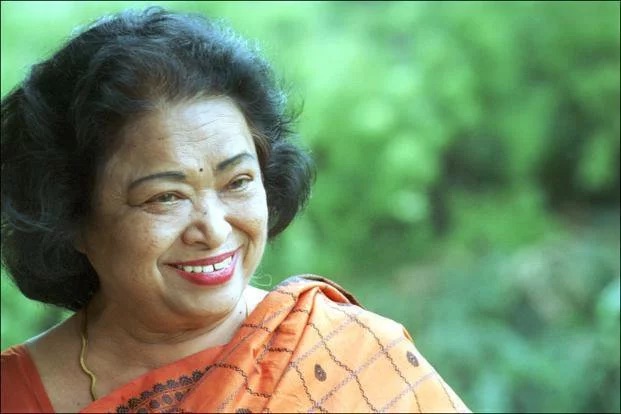 In no time, Shakuntala shot to fame as she showcased her math skills at the circus, and later in roadshows arranged by her father.

“I had become the sole breadwinner of my family, and the responsibility was a huge one for a young child. At the age of 6, I gave my first major show at the University of Mysore, and this was the beginning of my marathon of public performances.”

Shakuntala Devi traveled the world demonstrating her arithmetic talents, including a tour of Europe in 1950 and a performance in New York City in 1976.

Her most successful feats earned her mass recognition as the mental calculator or the popular title of “Human-Computer”. Along came a place in the 1982 edition of The Guinness Book of World Records.

“Numbers have life; they’re not just symbols on paper.”

But what inspires us is the fact that she was so much more than a Human-Computer or a Mathematician.

In the 1960s, when Shakuntala returned to India after showcasing her skills in London, she married Paritosh Bannerji, an IAS officer from Kolkata. Everything was fine till one fine day, her husband came out of the closet and his true sexual preferences came to light.

It was not until 2018 that homosexuality was decriminalized in India. So, the scenario in the way back in the 1970s regarding the issue is unimaginable.

But even this shocking news couldn’t shake her grit.

She not only accepted this hard-hitting reality but also built awareness about the LGBTQ community in the society. While being married to Bannerji, she started speaking to members of the gay community living abroad and in India.

After hearing their struggles, she documented not only their experiences but also society’s expectations and the subdued manner in which they had to live.

Based on her findings, she wrote the book – ‘The World of Homosexuals’ – to let the world know about the struggles.

“Immorality does not consist in being different. It consists of not allowing others to be so. It is not the individual whose sexual relations depart from the social custom who is immoral—but those who are immoral who would penalize him for being different.”

After writing the book, Shakuntala Devi went on to follow her passion for teaching mathematics. She also wrote books that made the subject easy and fun.

“ I cannot transfer my abilities to anyone, but I can think of quicker ways with which to help people develop numerical aptitude.”

As Shakuntala Devi died in April 2013, she couldn’t live long enough to see the decriminalization of Section 377. Her contributions to the community will always be part of her description.

While Shakuntala Devi is renowned across the world for her numerical prowess, no one can deny the unbeatable spirit of this woman. She not only supported her husband’s sexuality but also became a crusader for gay rights!