In today’s world, where women and men are increasingly becoming victims of domestic violence, it is quite disturbing how Alia Bhatt’s new movie Darlings not only normalizes domestic violence but actually creates it a premise for laughs, thereby taking away from the seriousness of the crime. We understand that Bollywood hardly cares about the impact that it has on our society for the sake of profits but normalizing domestic violence against women or men is definitely a new low. 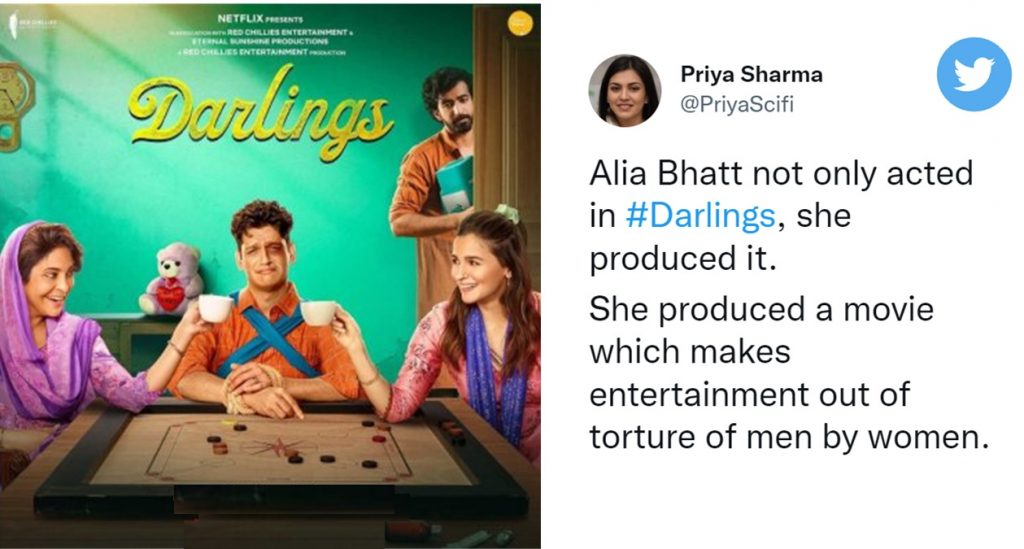 Patriarchy, misogyny, and sexism are the real-world problems that many women face in their marriage on a daily basis. But using a character torturing her husband to avenge herself for laughs is not a dark comedy. Firstly, a domestic abuse victim turning into a vigilante and beating her husband violently, and taking him as a hostage is very far-fetched. Secondly, glorifying any sort of violence that destroys society’s DNA is not something to laugh about. 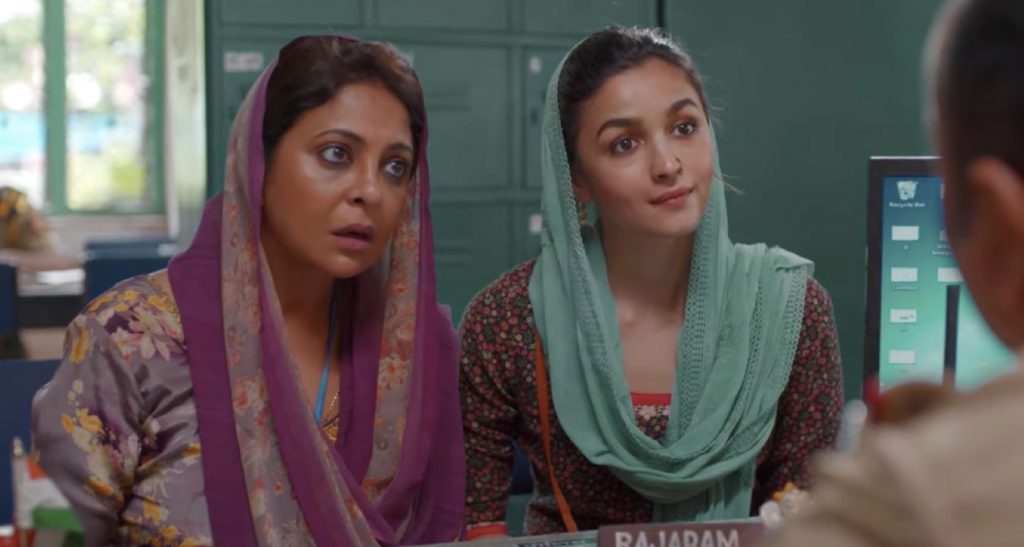 In the Darlings trailer, you will see Badrunissa tying Hamza’s hands and stabbing him. Not just that, she even pulls his hair as the other character (Roshan Mathew) force-feeds him alcohol. And, then there is a scene, where the protagonist’s mother (Shefali Shah) tells Badrunissa to mix rat poison in her husband’s food for ‘alcohol de-addiction and force-feed him food. But, what happens next is a really upsetting scene where Badrunissa violently hit Hamza’s head with a frying pan and says ‘Ab batting shuru’.

Doesn’t matter whether you are men or women, many of these scenes could act as triggers for any domestic abuse survivors. And, what is even more disturbing is how these scenes are carelessly used for laughs. No one in their right mind can find domestic abuse funny.

Sorry, but using domestic abuse survivor’s pain under the banner of dark comedy is only disturbing not funny. 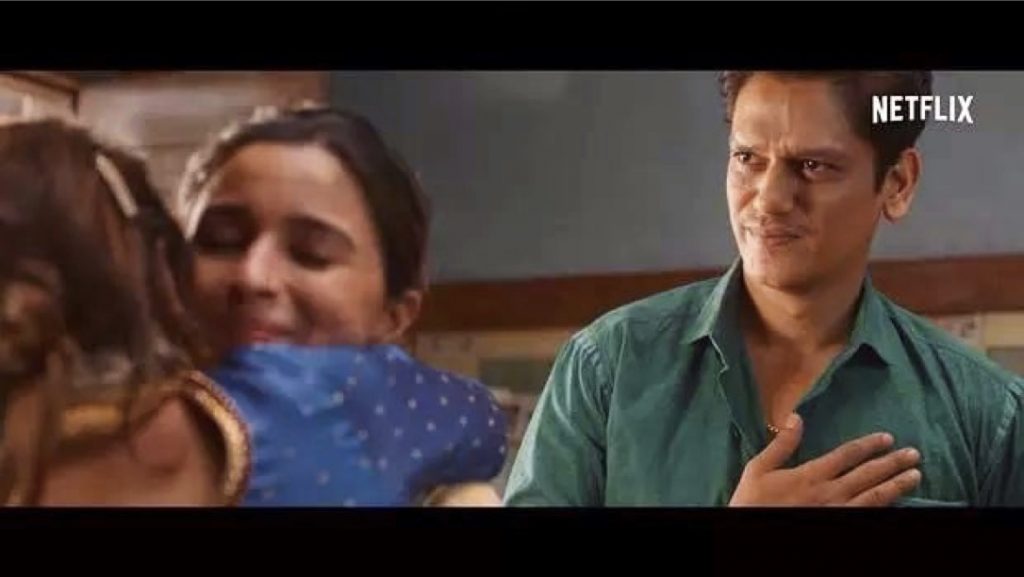 Domestic violence against men is an equally sensitive topic as abuse against women. As feminists, we believe in equality between men and women, we don’t think these torturous scenes should be used as a topic of humor as they could trigger so many domestic abuse victims, irrespective of genders. And, we are not alone who felt it was inappropriate to sell the torture of domestic abuse as humor. Many netizens called out Alia Bhatt for normalizing domestic violence against men and selling it for laughs. They blamed Alia Bhatt for misusing such a sensitive topic for profits. Here’s what people have to say:

Alia Bhatt not only acted in #Darlings, she produced it.

She produced a movie which makes entertainment out of torture of men by women.#BoycottAliaBhatt#BoycottDarlingshttps://t.co/FJYzMR7XnL

Thousands of male victims of domestic were traumatized after watching the trailer of Alia Bhatt’s movie #Darlings.

Now, they are now calling for boycott of Alia Bhatt’s films. #BoycottAliaBhatt

#BoycottAliaBhatt who is endorsing DV on Men.

Imagine if the genders were reversed! pic.twitter.com/OK4EDAe3pS

Not only Alia Bhatt & @NetflixIndia, but every single person who worked on this Misandrist Project called #DarlingsOnNetflix are Male Haters.#BoycottAliaBhatt#BoycottDarlings pic.twitter.com/K3xsmfDrH0

Dear @KirenRijiju,@aliaa08 has a better solution to tackle DV on Women which she proposes in #Darlings.

Tackle DV on Women by DV on Men.

What do you think about Darlings? Tell us in the comments below.