No one can deny that Koffee with Karan has lost its charm. With people losing interest, the internet labeled the recent season as one of the most boring seasons of all time. From being called out for his obsession with Alia to his intrusive questions, the internet has called out Karan for ruining the show.

In midst of declining interest, the internet is calling Koffee with Karan Season 7’s final episode as the most entertaining episode of the whole season. The episode featured Tanmay Bhatt, Kusha Kapila, Danish Sait, and Niharika Nm as the jury. This was the episode when Karan got roasted by his own guests in the most entertaining way possible.

Here are some of the best moments from the final episode of Koffee With Karan Season 7 that won our hearts.

1. On being called out for his obsession with Alia Bhatt

Karan has been called out for his obsession with Alia Bhatt. The Internet has called him out for overpromoting Alia in every episode of Koffee With Karan. Addressing the criticism, Karan asked the jury if he had spoken Alia’s name too many times this season. To which, Tanmay Bhatt had a kick-ass response. KJo went ahead and shared how even Alia herself had called him out for the same and asked him to stop talking about her. 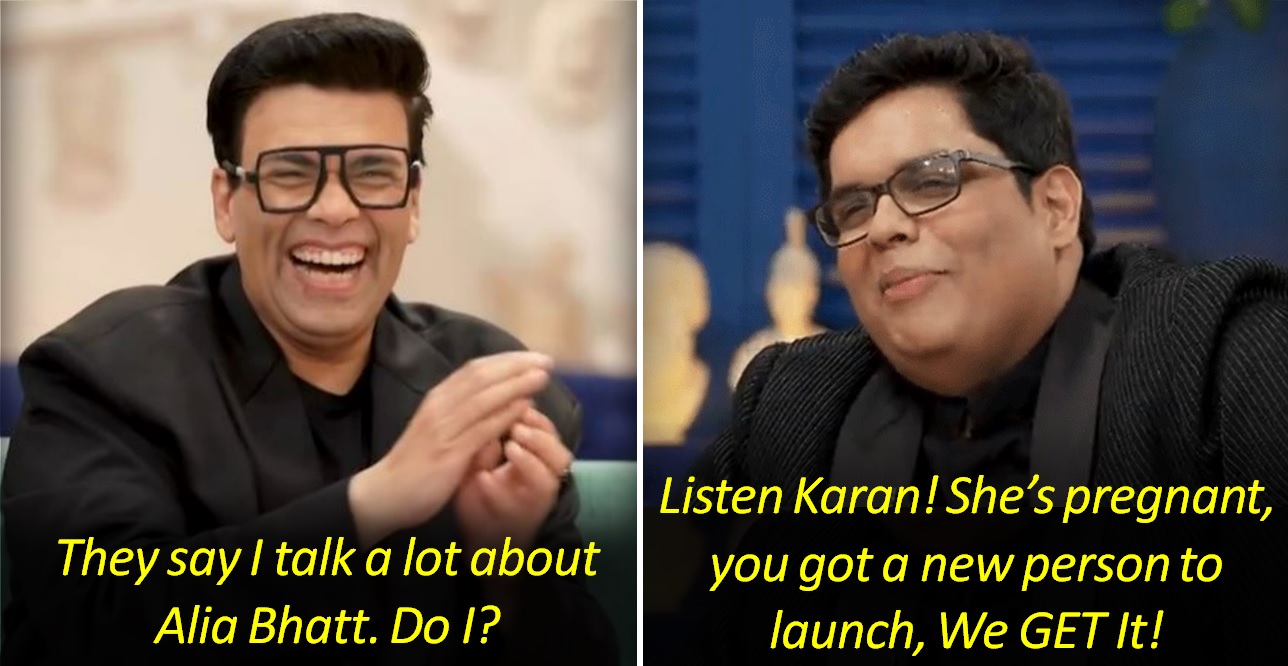 2. On being embarrassed about not being invited to the Vicky-Katrina marriage

Karan shared how he felt embarrassed about not being invited to Vickat wedding. He further revealed how people teased him because they thought he was lying and later even asked him if everything was okay when they realized he wasn’t actually invited. 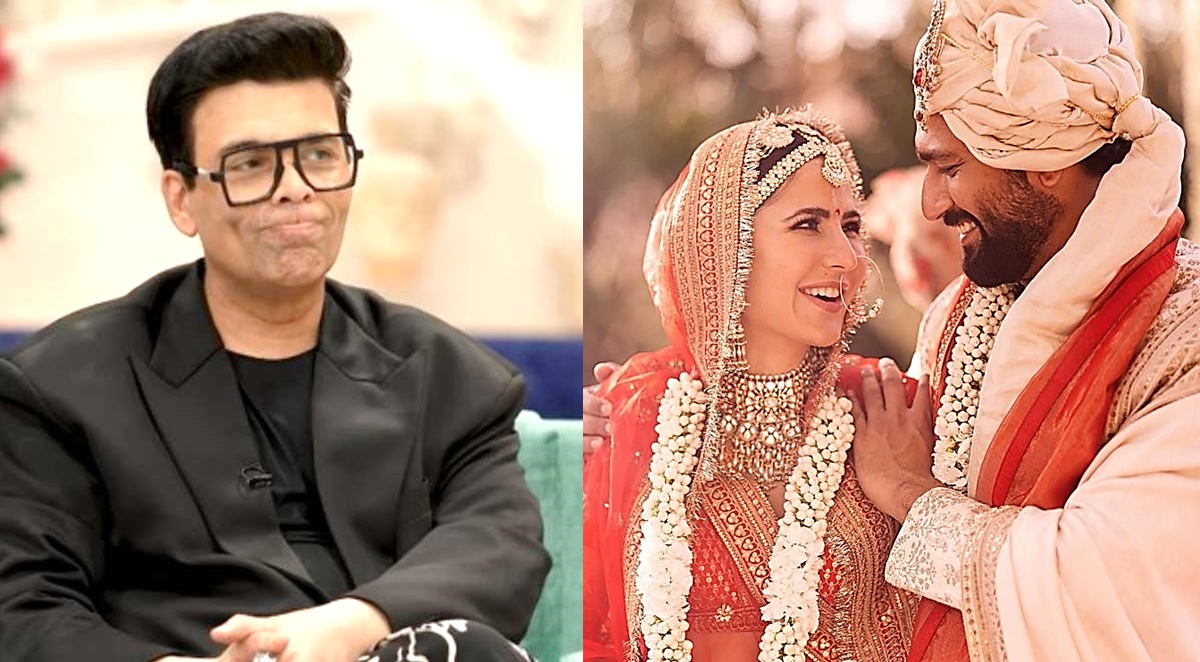 3. When KJo opened up about his anxiety issues

On the show, Karan was asked about how he dealt with negativity that gets published about him online. To which KJo shared a response that touched all the members. 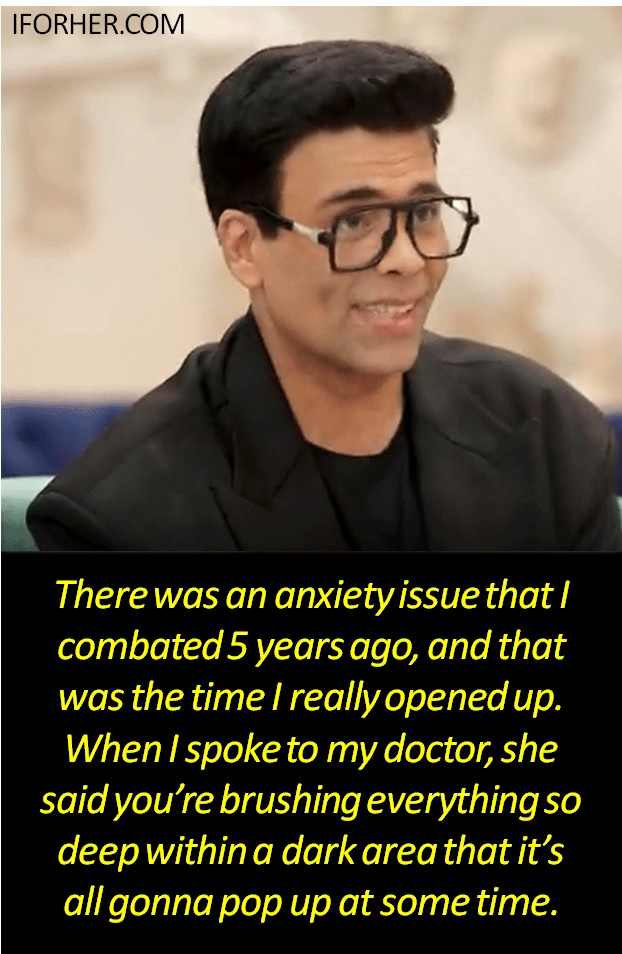 4. On being mean to Sara Ali Khan

After the Janhvi-Sara episode, the internet called out KJo for being mean to Sara.

But, he wasn’t only called out for being mean to Sara. He was also called out for favoring  Janhvi over Sara. During this episode, KJo shared that he had felt bad for Janhvi since she was happy about winning the hamper when the wrong results got displayed due to a technical error. But, that section got cut and did not make it to the released episode.

Remember Sonam Kapoor’s Brahmastra goof-up? When she landed up calling Brahmastra – Shiva No. 1? That moment was selected as the best moment of the show. To share this information, Karan called Sonam and, Sonam had a perfect response. 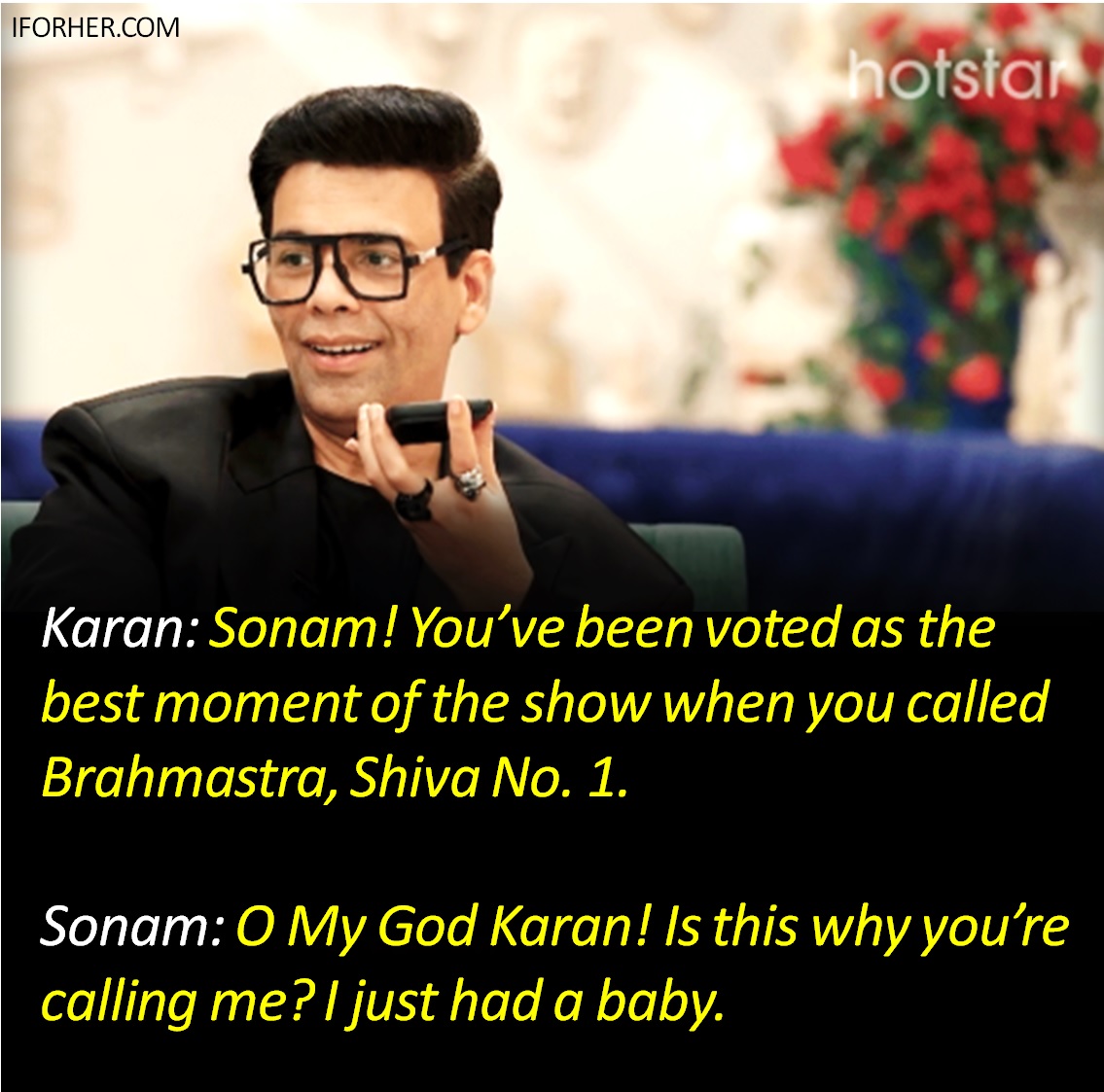 6. When everyone asked Alia Bhatt to speak her ICONIC dialogue from Brahmastra. 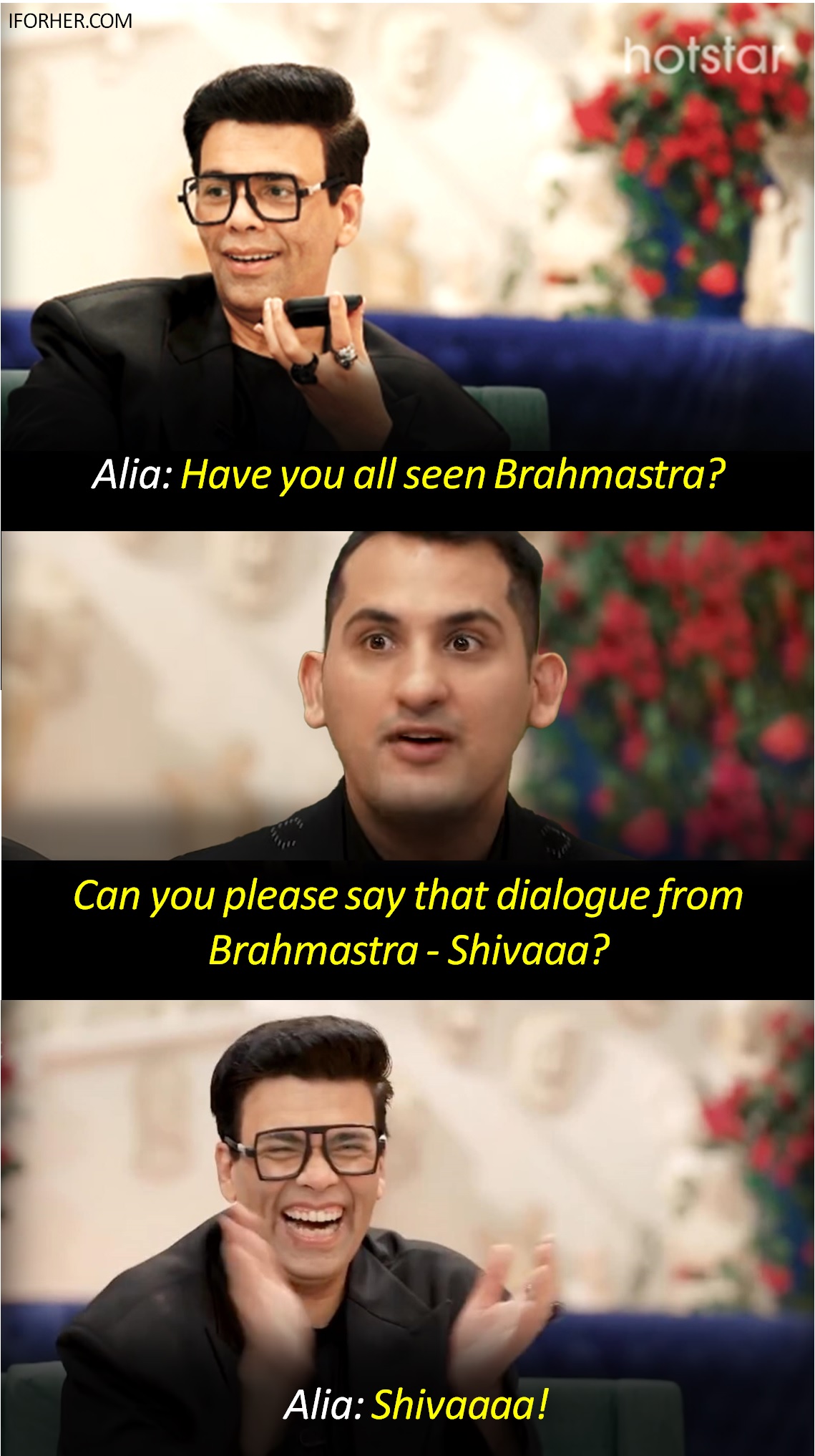 The funniest moment of the show! 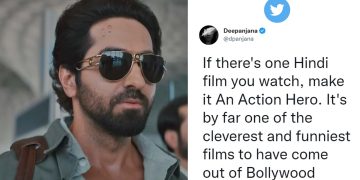