How people are celebrating the release of Shah Rukh Khan’s upcoming movie Pathaan is no less than a festival. Not only the buzz around the movie is exceptional but also how SRK fans are choosing unconventional ways to mark his return after a four-year break.

Here are some stories that show Shah Rukh Khan’s return with Pathaan is one of the most awaited comebacks in the recent times: 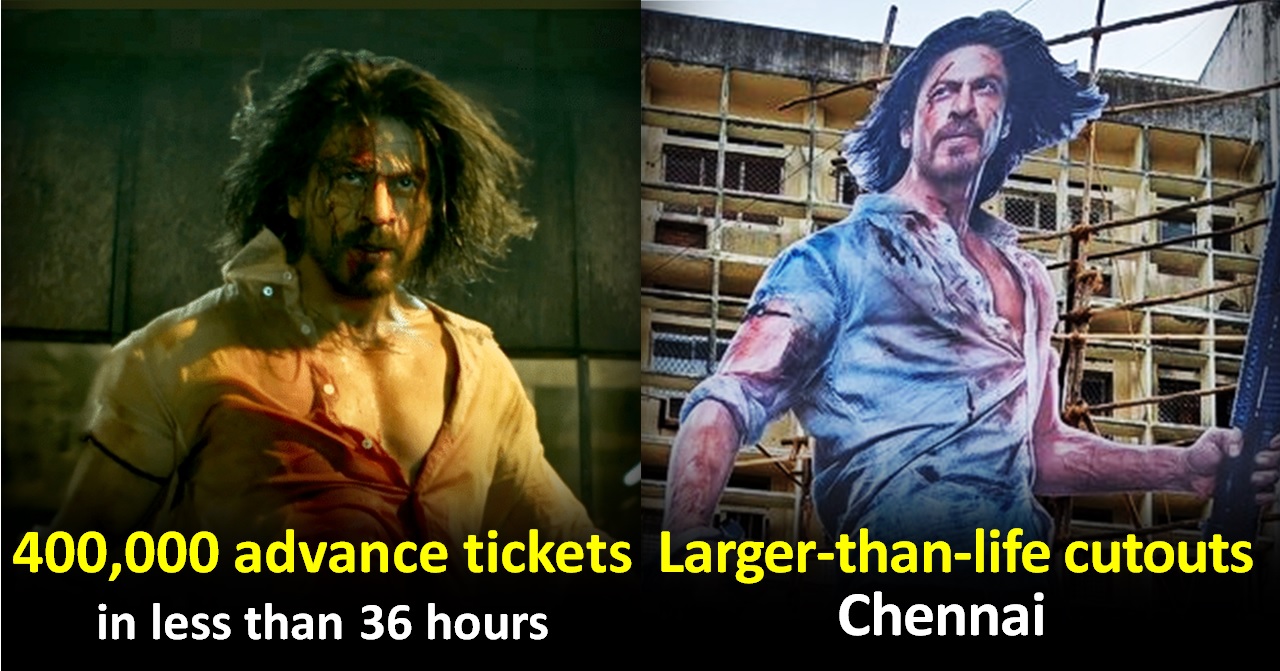 .@bookmyshow crashed due to large visitors

257 seater show sold out in Kolkata in less than 10 mins. Mumbai’s show sold out in 5 mins, bookmyshow was not ready for this havoc! 🔥#Pathaan #ShahRukhKhan #DeepikaPadukone #JohnAbraham #YRF50 #SiddharthAnand pic.twitter.com/JNgp7EIjxa

While the advance ticket bookings for KGF 2 were around Rs 1.2 crore, Pathaan’s bookings have already managed to reach Rs 1.32 crore.

Superstar #ShahRukhKhan‘s #Pathaan has beaten #Yash‘s #KGFChapter2 before its release itself!
If reports are to be believed, Pathaan’s advance bookings in Germany are more than the lifetime collections of KGF: Chapter 2#pathaanadvancebookings https://t.co/h1W1f9iCDS

As per many reports, Pathaan is on its way to beat Baahubali 2’s box office record soon. As per many trade experts, Pathaan will become the BIGGEST non-holiday opener ever.

Pathaan, an action spy thriller is produced by Yash Raj Films. The movie will release in Hindi, Tamil, and Telugu and will hit the theatres on January 25, 2023. Let’s see if Shah Rukh Khan’s Pathaan will be able to mark the return of Bollywood and save it from sinking!