The United Kingdom’s Queen Elizabeth II passed away at the age of 96. In India, the news received mixed reactions. As, while some expressed their grief at the death of the Queen, some shared anger due to colonialism. From Kangana Ranaut to Anil Kapoor to Anupam Kher, many celebrities mourned the loss, and they all got trolled for the same. And, recently, one more name that has been added to the list of celebs who were trolled for mourning the death of Queen Elizabeth is Kareena Kapoor.

Recently, Kareena Kapoor posted a photo of King Charles to pay homage to Queen Elizabeth II. And, many netizens weren’t happy with this gesture as many remembered Queen Elizabeth II as a symbol of oppressive colonial rule in India 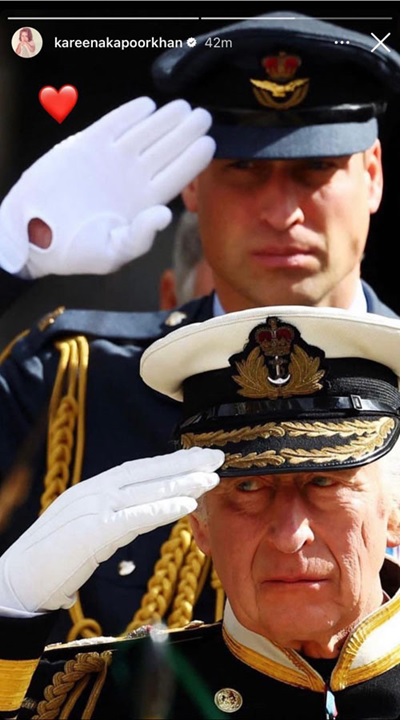 Here’s what people had to say about it:

Another one pointed out, “Well, Saif’s ancestors were Afghani tribal chieftains who were given the ‘nawab’ title and the Patuadi province by the British East India company for siding with them and helping them in their battle against the Marathas in the Anglo- Maratha war of 1804. It’s not like they were actual aristocrats of the subcontinent (so much for the eugenics 😐) Saifu and begum ‘KKK’ has a reason to acknowledge their colonial masters. Ek ♥ to banta hain.”

“I saw footage of brown ppl in the queue doing actual dua in front of Queen’s coffin and another man think he was sikh , bowed down. People need to learn a thing or two about their history,” a netizen said.

“I just don’t understand how can these people be so blissfully ignorant/foolish. Aren’t they supposed to be rich enough to have the means to get a good education and idk developing some basic intellect to think?”, wrote someone.