Ranbir Called ‘Man-Child’ After He Says ‘Very Dependent On Alia; Can’t Do Anything Without Her’

In recent times, Ranbir Kapoor has landed into trouble many times for his problematic statements. Brahmastra actor was entangled in controversy for his beef-eating remarks just before the release of Ayan Mukherji’s film. And, in a different instance,  he was called out for body shaming his pregnant wife Alia during an interview. The internet called him out for his insensitive Phaloed remark.

During an interview, he cracked an insensitive joke on Alia’s weight. He said, “well somebody has phailoed” looking at Alia’s baby bump. At this point, not only Alia is left dumfound but also Ayan Mukerji. 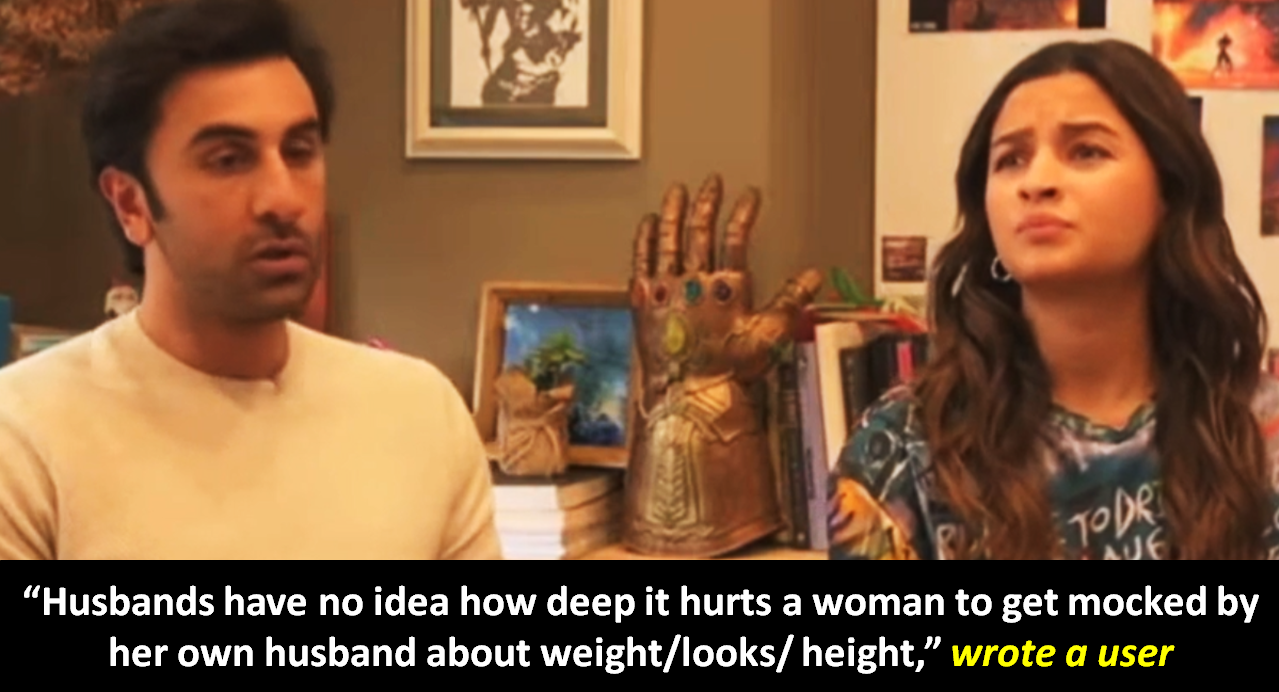 And, now a video of him saying that he’s very dependent on his wife has gone viral on the internet.

In the video, Ranbir Kapoor can be heard saying, “I am actually very dependent on Alia Bhatt. Main bathroom nahi jaata without knowing ki Alia kidhar hain. Main khana nahi khaata without asking is she around. Mere liye bohot jaroori hain ki Alia is around me all the time.”

Ranbir – I always said I’m independent, detached, but I am very dependent on Alia ❤ pic.twitter.com/v4r80GNhhc

And, as soon as the video surfaced online, many netizens across different platforms labeled him as a ‘manchild’ for being overly dependent on his wife. 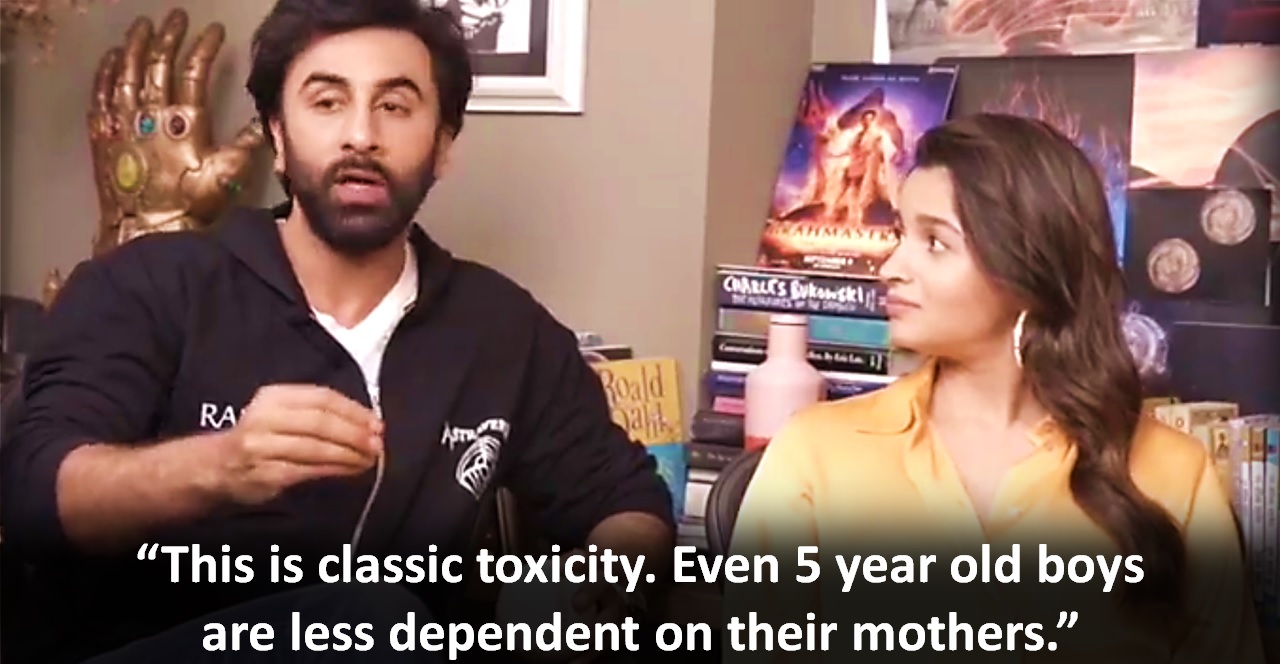 This is what people said: “that my friends…. is how we describe a manchild.” – a user wrote.”Desi marriages be like: take care of this manchild and don’t expect to be treated the same,” a user tweeted. “How odd.. he doesn’t use the washroom unless he knows where his wife is?!” someone wrote. “Idk how people find this cute. This is classic toxicity. Even 5 year old boys are less dependent on their mothers. Stop glorifying attachment issues or whatever,” another person took to social media to comment.

Here’s how others reacted to the video:

that my friends…. is how we describe a manchild. pic.twitter.com/kiRDjJCzUD

Desi marriages be like: take care of this manchild and don’t expect to be treated the same 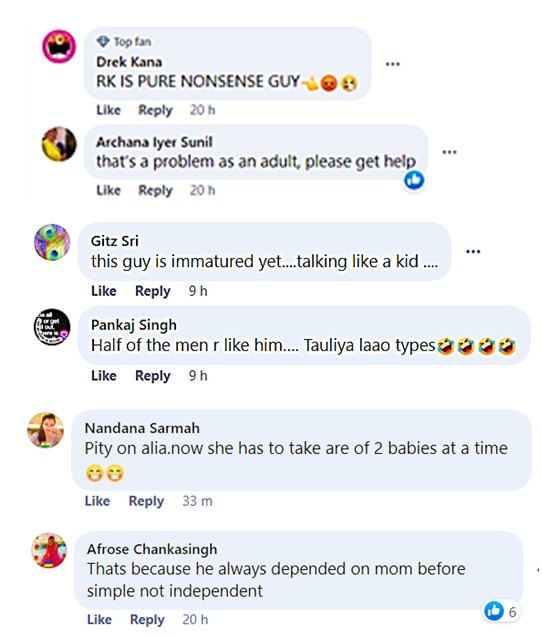 How odd.. he doesn’t use the washroom unless he knows where his wife is?! https://t.co/zeDF7wXC1A

Idk how people find this cute. This is classic toxicity. Even 5 year old boys are less dependent on their mothers. Stop glorifying attachment issues or whatever. https://t.co/WK50rVySpR

It is quite sad how there are many who still believe that acting like a manchild is a sign of love. In the regressive society like ours, where many women are expected to take care of their husbands like little kids, it is heartbreaking how there are Bollywood celebrities still promoting this regressive idea of love! Doesn’t matter how much regressive society romanticizes and glorifies the overdependence of men on women, it is nothing more than an excuse to push women to take care of overly dependent men at expense of their own selves. Dear Manchild, no your wife isn’t your mother! Please grow up!