‘RRR Is Not A Bollywood Film, It’s A Telugu Movie’, Says SS Rajamouli During A Screening In America

Recently, RRR’s win at the Golden Globe gave the whole country a proud moment to celebrate. Directed by SS Rajamouli, RRR movie starred Jr NTR and Ram Charan in the lead role. The movie’s win was celebrated as a win of the Indian cinema. 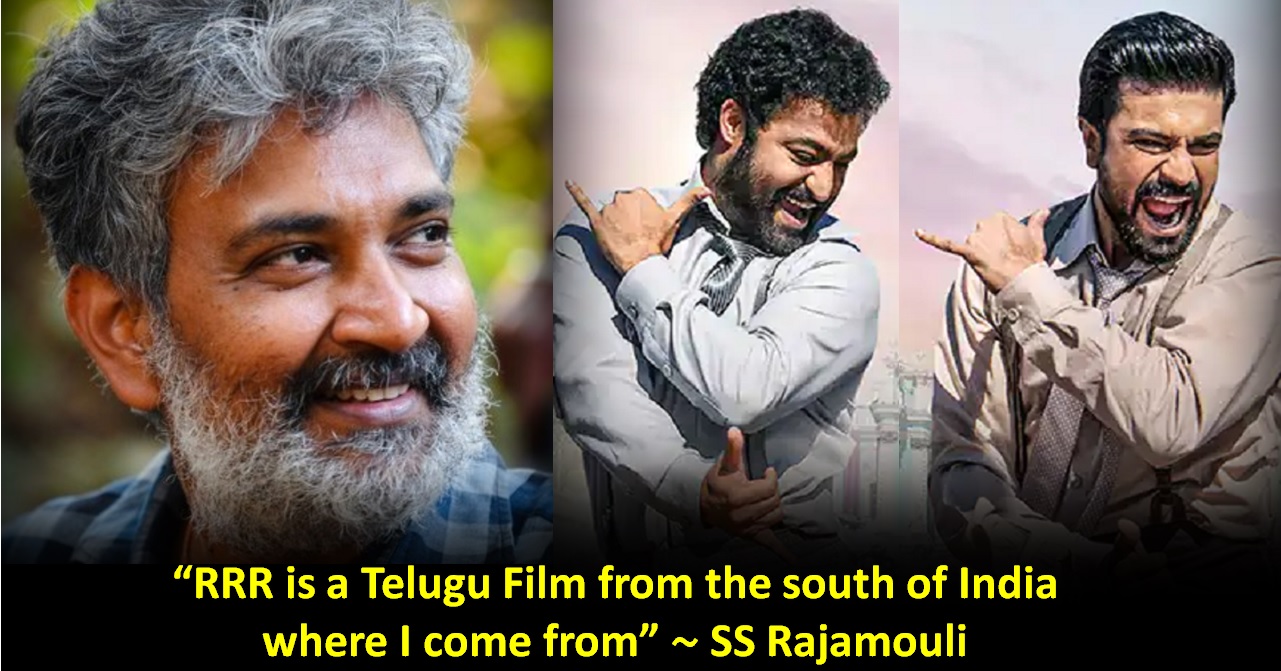 Many Bollywood celebrities like Shah Rukh Khan, Alia Bhatt, and many more came forward to celebrate such a proud moment.

Sir just woke up and started dancing to Naatu Naatu celebrating your win at Golden Globes. Here’s to many more awards & making India so proud!! https://t.co/Xjv9V900Xo

Congratulations to @mmkeeravaani @ssrajamouli and to the entire team of RRR for winning the Golden Globe for best original song #NaatuNaatu Absolutely loved #RRR ❤️ pic.twitter.com/jD88x8uIkV

Congratulations to @mmkeeravaani @ssrajamouli and to the entire team of RRR for winning the Golden Globe for best original song #NaatuNaatu Absolutely loved #RRR ❤️ pic.twitter.com/jD88x8uIkV

“If at the end of the film, if you say I didn’t feel it like three hours, then I know I am a successful filmmaker,” he added.

After RRR won the Golden Globe Award 2023 for Best Original Song at Golden Globe, the movie is making striving hard to win a nomination at the 95th Academy Awards (Oscars).

In an interview with GoldDerby, Jr NTR shared how Japan’s audiences expressed their love for RRR more than India could.

While sharing what he feels, he said, “Before we came here to see what the reaction of the West was, we were in the deep East. This movie collected 500 million Yen in Japan, it is no joke. I was there in Japan witnessing people crying. I felt they have expressed their love for RRR as audiences more than India could.”

“Afterwards, we thought maybe the West talking about it (RRR) on social mediaâ€¦ we thought you know we have our Indian crowds back there, maybe someone’s friend would have gone to the movieâ€¦ maybe it was just one or two people, but no it was not one or two, it did not stop. It started increasing, multiplying and multiplying and then we were like, you know what, I think it’s for real,” he added.

What do you think about this? Tell us in the comments below.