To mark its 25th anniversary, Netflix recently announced the list of upcoming shows and movies for the rest of the year. In the last few months, Netflix has delivered great shows like Delhi Crime Season 2 and hit movies like Darlings. And, now the streaming service has announced its line-up for the year and it’s equally exciting. From ‘The Archies’ to ‘Qala’ to ‘Chakda Xpress’, there are many exciting shows and movies that are lined up on Netflix. Here are the upcoming web series and movies on Netflix that the streaming platform has announced. 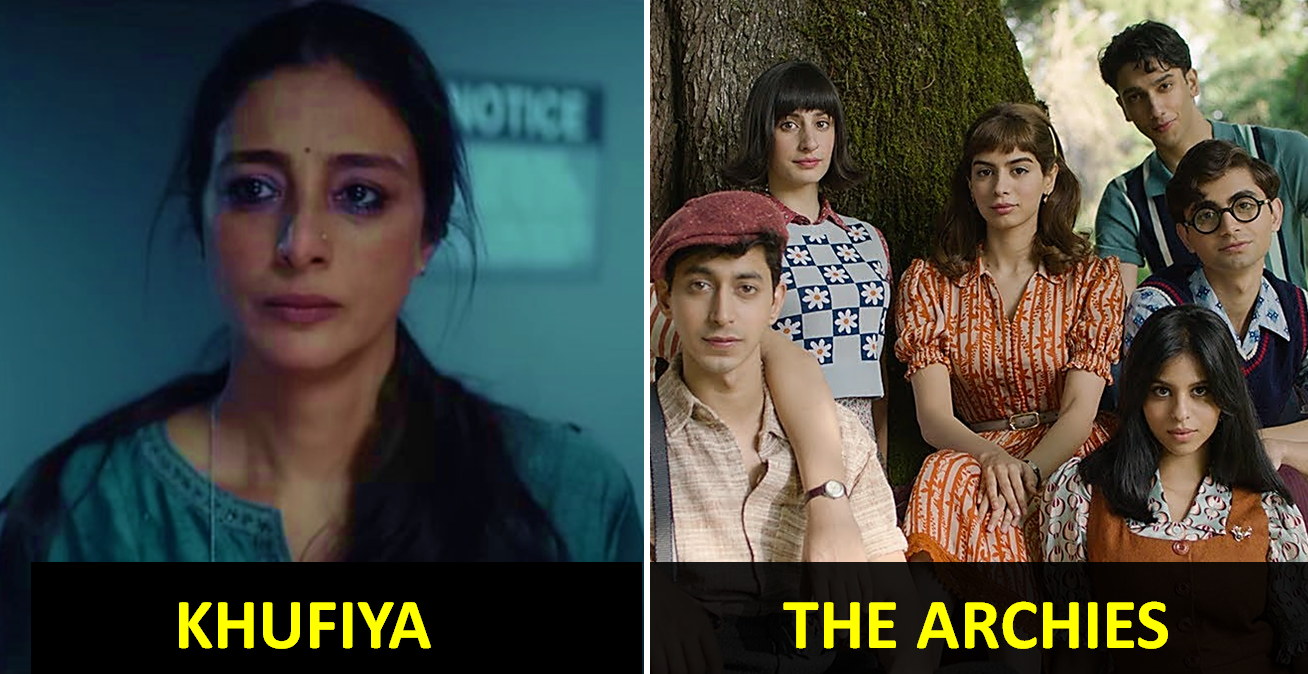 Starring Rajkummar Rao, Radhika Apte, Huma Qureshi, Sukant Goel, Akansha Ranjan Kapoor, and Sikandar Kher, this upcoming drama looks quite promising. Netflix announced the show with a filming video along with pictures of every character with the caption “All these darlings in one film 🤩 Monica, O My Darling coming soon!”

After successful movies like Dasvi and Thursday, Yami Gautam’s new upcoming movie is Chor Nikal Ke Bhaaga. Along with Yami Gautam, the movie stars Sunny Kaushal. Netflix announced the movie with a behind-the-scenes video of the upcoming drama. With the caption, “WARNING: These Chors @yamigautam @sunnykaushal89 are on their way to steal our hearts. Chor Nikal Ke Bhaga, coming soon! ”, the OTT  announced this much-anticipated drama.

Directed by Zoya Akhtar, ‘The Archies’ features Agastya Nanda (Amitabh Bachchan’s grandson), Suhana Khan (Shah Rukh Khan’s daughter), and Khushi Kapoor (Sridevi’s daughter). While the makers were trolled brutally for launching star kids, there were many who were excited too.

While announcing Riteish Deshmukh and Tamannaah Bhatia’s starrer, the platform shared a video along with the caption “A divorce lawyer and a matchmaker are a match?! 🤔Will they make it ❤️ or break it 💔 Watch Plan A Plan B to find out! Coming soon.” The movie revolves around the love-hate relationship between a matchmaker played by Bhatia and a divorce lawyer played by Deshmukh. The movie is expected to release on September 30.

Starring Tabu and Ali Fazal in the lead roles, Khufiya is much-awaited project of Director Vishal Bhardwaj. In one of her earlier interviews, Tabu described the spy thriller as “the realm of intelligence, agents, and espionage but not like a conventional spy thriller that you’ve seen.”

Based on the life of Indian fast bowler Jhulan Goswami, the movie marks the comeback of Anushka Sharma.

Directed by Sujoy Ghosh, the movie marks the OTT debut of Kareena Kapoor Khan. The movie is an adaptation of Keigo Higashino’s novel, written in Japanese. The movie also stars Vijay Varma along with Kareena.

This movie marks the acting debut of Irrfan Khan’s Babil Khan. The movie is directed by Anvitaa Dutt and stars Tripti Dimri and Swastika Mukherjee. The film is about a heartbreaking story of a daughter who craves her mother’s love.

We hope the platform would soon announce the release dates. We are excited about these new releases. Are you?