Recently, Alia Bhatt and Ranbir Kapoor’s much awaited movie Brahmastra Part One: Shiva was released in the cinema halls. And, while people appreciated the makers attempt, many came forward to share how movie lacked script, dialogues and screenplay.

However, even after the criticism, movie has managed to perform well at the box-office. And, now social media is filled with many shares about the film.

Recently, many netizens pointed out how Alia’s character in the movie ‘Isha’ had only one dialogue, which is calling out Ranbir Kapoor’s character’s name ‘Shiva’. 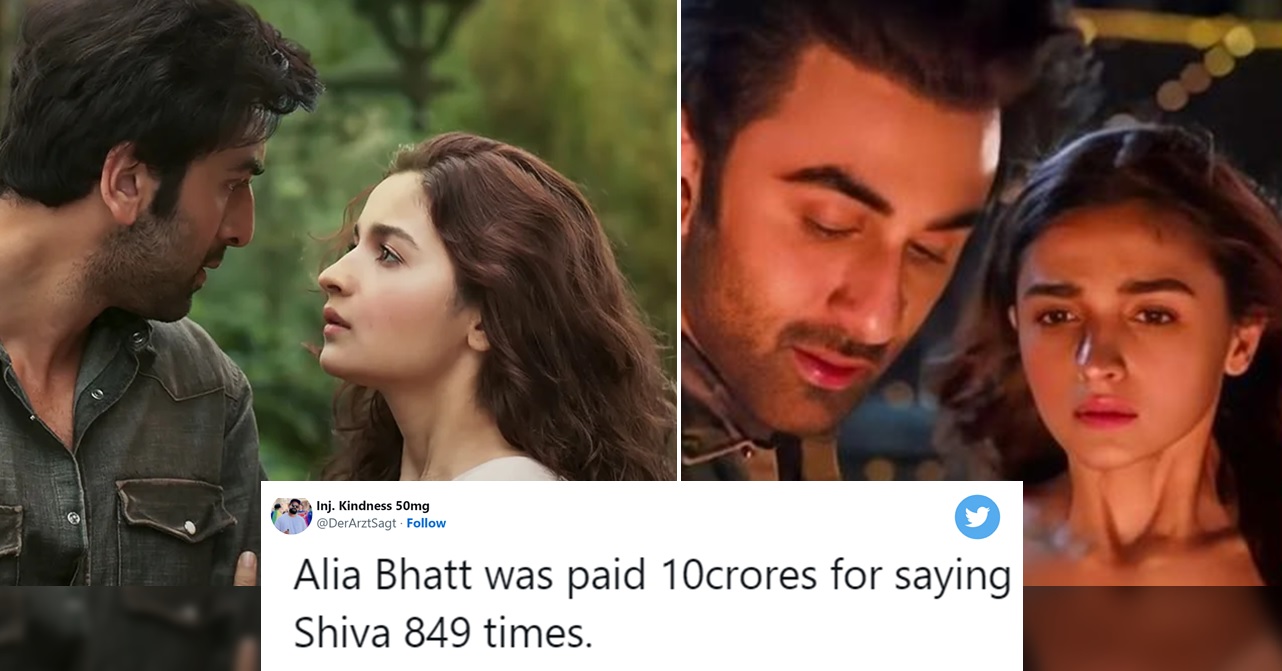 And, now, talented mimicry artist, Chandni, who is quite popular for mimicking actor Alia Bhatt, posted a video of herself imitating Alia’s character Isha from the film. The video went viral in no time as it grabbed the attention of millions of online users. 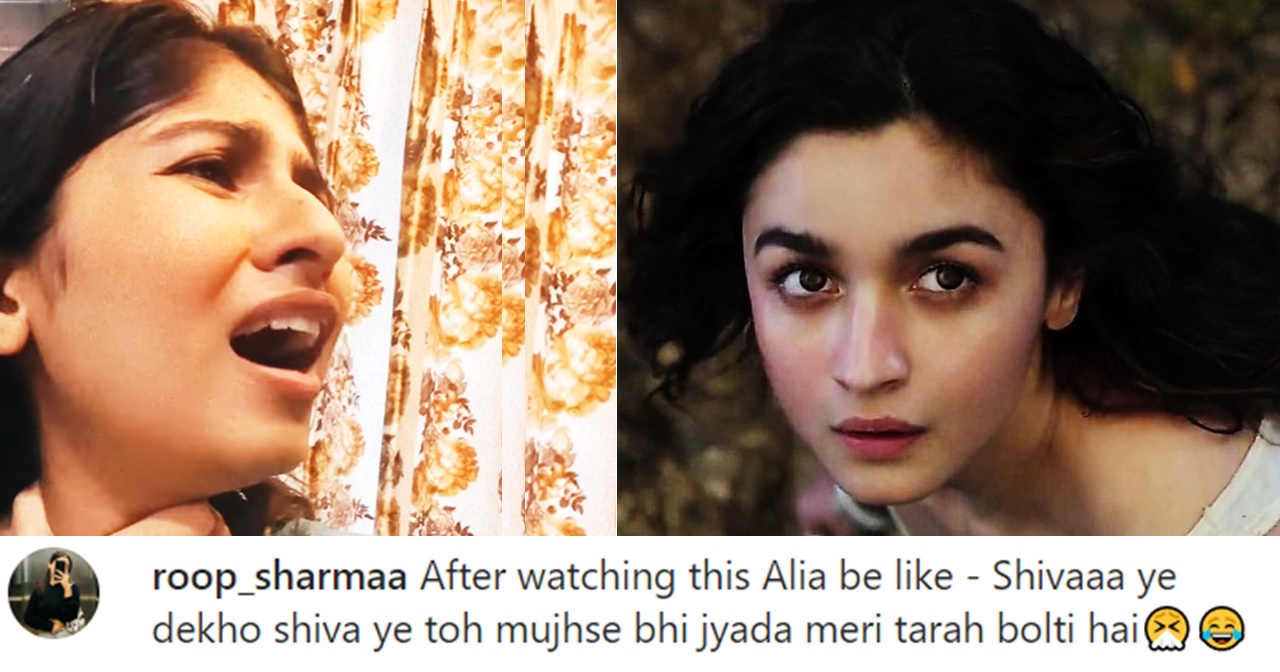 Mimicry artist Chandni did Alia Bhatt’s impression so well that many couldn’t stop laughing. With over 1.3 lakh followers on Instagram, Chandni regularly shares videos of herself mimicking Alia Bhatt. Recently, she shared a video mimicking Alia Bhatt’s character Isha from Brahmastra. The video shows how often Isha, a character played by Alia Bhatt, keeps calling out Shiva, played by Ranbir Kapoor. Chandni shared the video with the caption “Isha tumhara Button hai (Isha is your switch),” Doesn’t matter if you have or haven’t watched the film, you will find this video hilarious. The text insert on the video reads, “Alia Bhatt in Brahmastra.”

Chandni share this video on her Instagram a day ago. And, since then, the video has accumulated over 2.1 million views. Many people came forward to express their views. 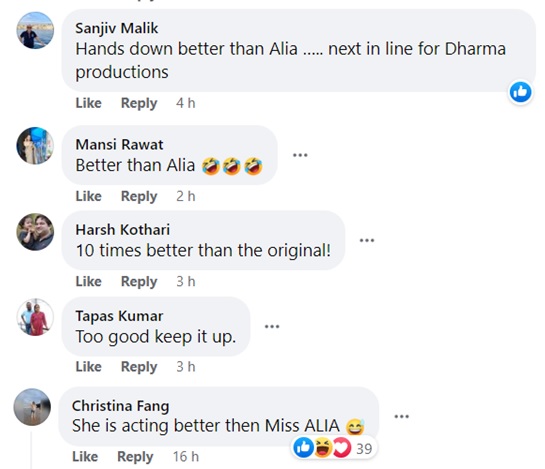 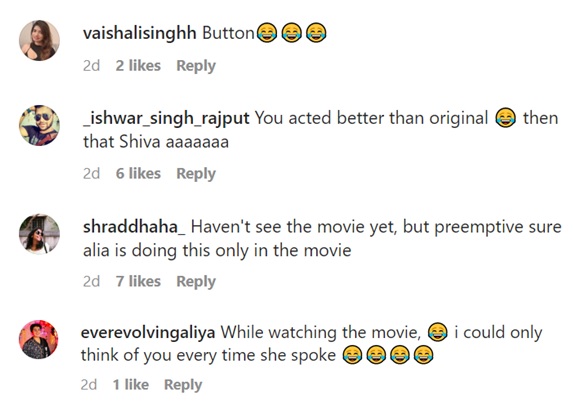 How did you find Chandni’s video? Tell us in the comments below.