Recently, an Uber driver’s hilarious notice on the car seat went viral over social media. A Twitter user named Sohini M posted a picture of the back of a seat that had a notice: “Don’t call me bhaya & uncle.”

This hilarious post initiated an interesting debate online on how people should address those whom they don’t know. 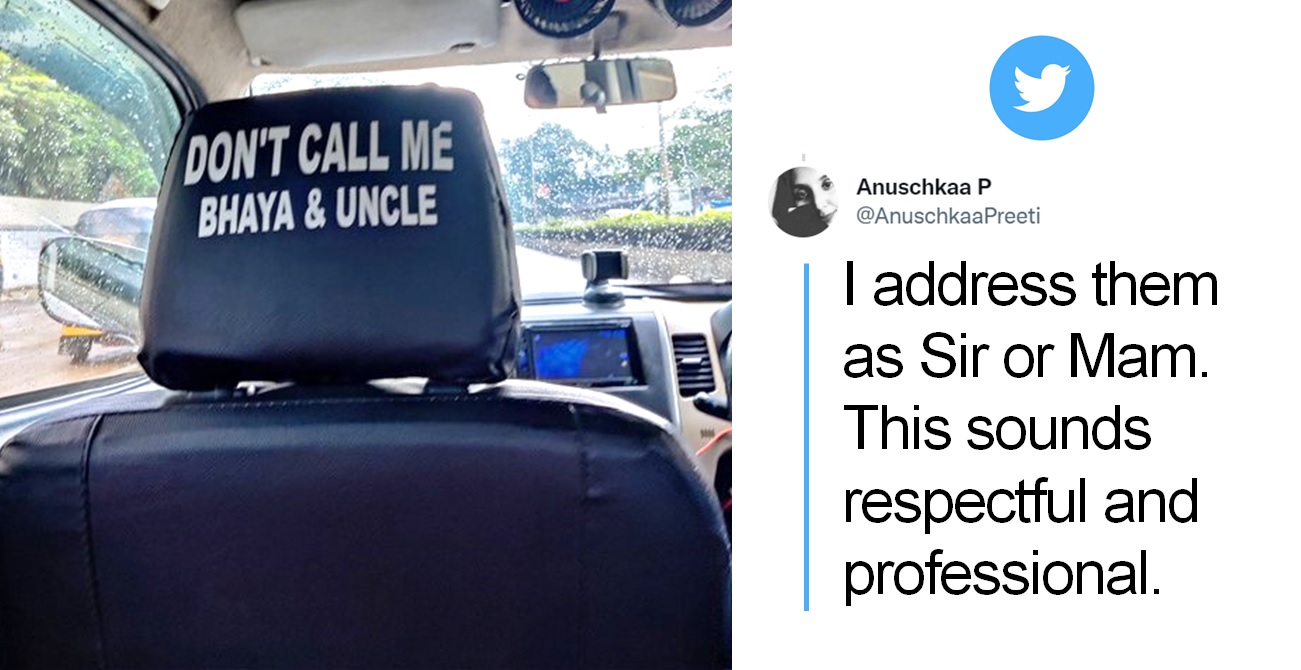 From calling them Sir or Sir to calling them by name, netizens had interesting suggestions. Here are what people said:

I have always stuck to calling people Boss!

I address them as Sir or Mam. This sounds respectful and professional. Also, very safe to use because uncle aunty bhaiyya go wrong at times.

Profession must be respected as it is.

4. Calling them by their name

I prefer to call them by their Name + Ji, instead of calling bhaiya, uncle of sir.

I think that’s fair.we should call them by their name ,putting g.

I just call every driver “driver sahab” because i did it once and the cabby was overwhelmed because no one had ever called him Sahab in the 20 years he had been driving cabs, and he spoke about it to me for a few minutes. I didn’t realise it would be so impactful.

I use Bhaisaahab. More respectful.

6. Calling them Dada or Chief or Bro or Dost

I think we should settle for ” O Dada”

that is I have terms such as chief, boss, and of course, sir/ma’am

I think that’s fair.we should call them by their name ,putting g.

7. To add to the conversation, even Uber had a suggestion!

When in doubt, check the name on the app✨

Do let us know what you think. In case you have an interesting suggestion, tell us in the comments below.