We live in a society that judges women at every step. Sadly, it judges single moms the most. Rather than celebrating the single moms, who raise their kids on their own, we put them to shame. We scrutinize their each and every step and blame them for not being ‘sanskaari’ enough.

But at IFORHER, we celebrate these rebels, who not only show the courage to stand for themselves; but also for their kids! Here are some of the single moms, who inspired many women to walk down on a difficult path of being a single mom on their own! 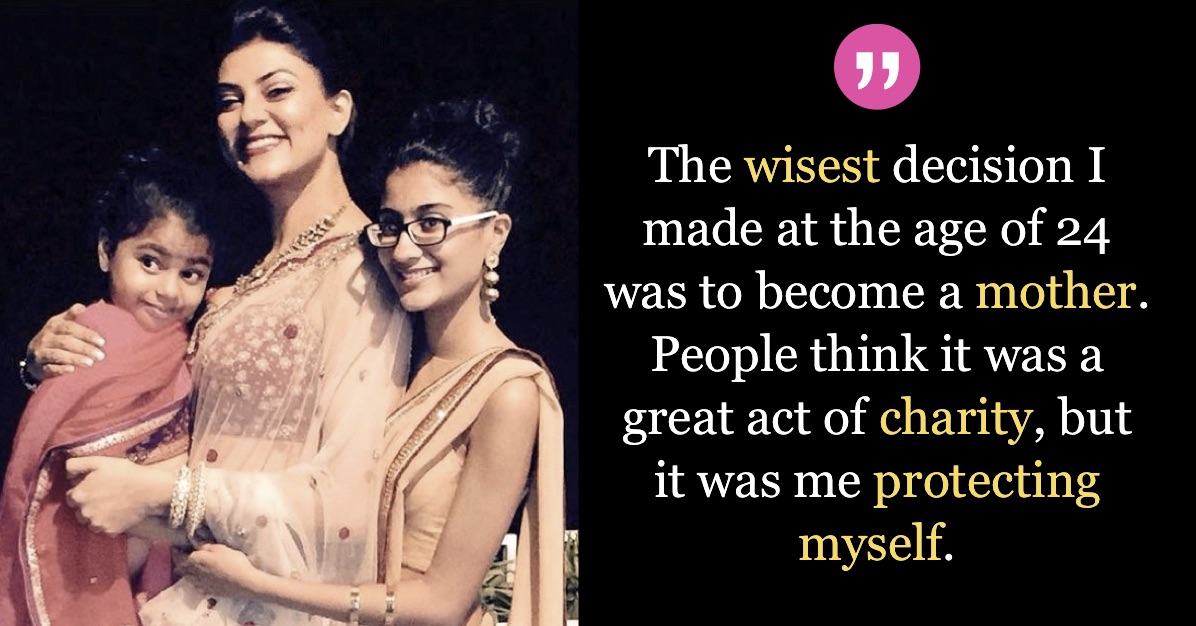 After the bitter divorce from businessman Sanjay Kapur, Karishma Kapoor not only courageously took care of herself but also of her two kids – Samaira and Kiaan. She is not only attending their school activities, but also made a comeback in acting with Mentalhood, a web series that focuses on different aspects of motherhood.

Talking about raising two kids on her own, Karisma said, “Just because you are a single parent, you do not need to make up for the spouse’s love by buying your child everything she wants. Be firm on what you can give and what you do not want to give. Set clear boundaries, timings, structures and routines. Keep to the same schedule and pattern as when you were married.” 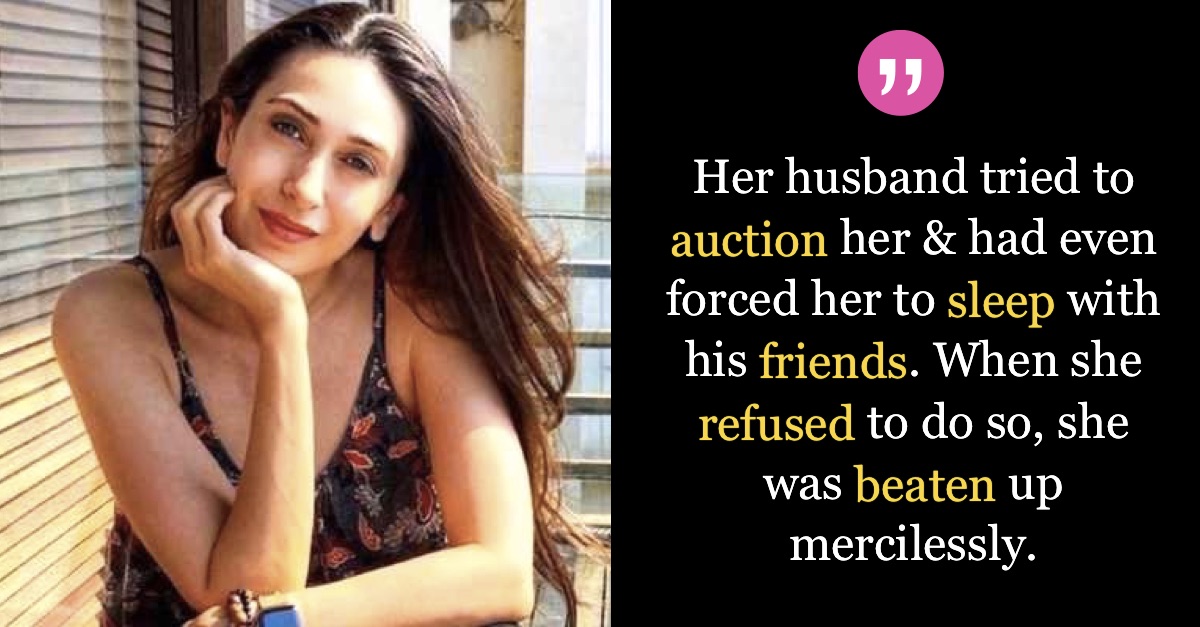 The former Miss Universe, Sushmita Sen fought against the system to adopt two daughters. Sushmita adopted her eldest daughter Renee(19), when she was just 24 years old. Her younger one Alisah is ten. Speaking about her decision to adopt a child at a young age, Sen told IANS, “The wisest decision I made at the age of 24 was to become a mother. It stabilised my life. People think it was a great act of charity, but it was self-preservation. It was me protecting myself.” Recently, Sushmita made an impressive comeback with Disney+ Hostar’s latest series, Aarya. 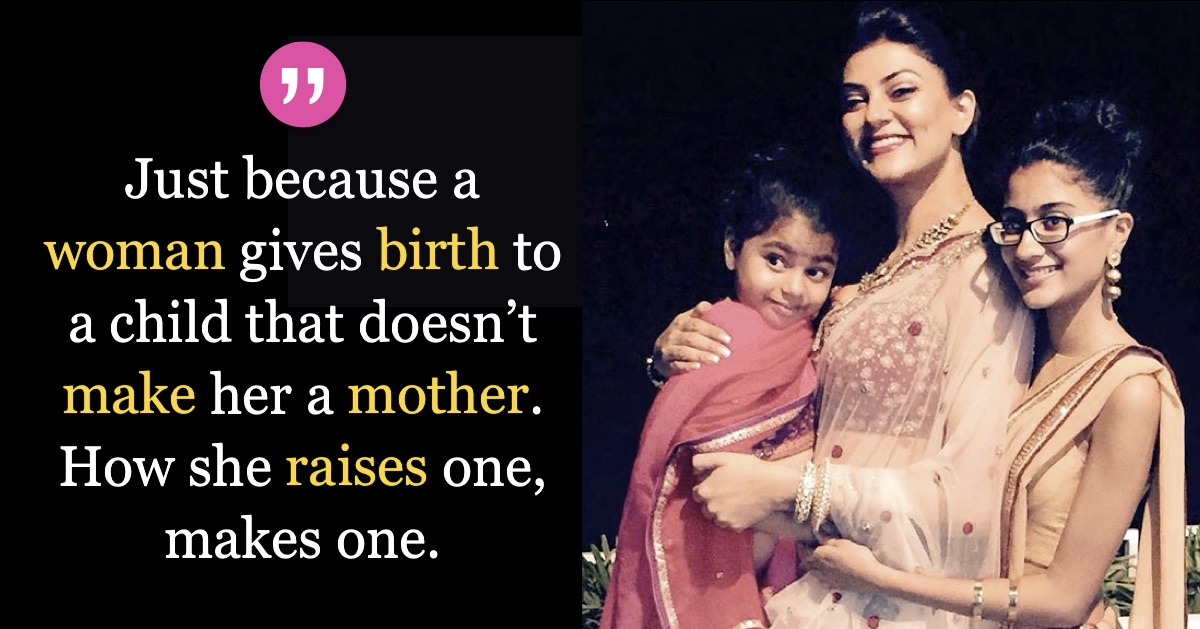 Popular 80s actress, Amrita Singh, mother of two, actor Sara Ali Khan and Ibrahim, separated from Saif Ali Khan in the year 2002. After which, she has been caring for her children on her own.

Amrita’s daughter Sara said in an interview, “My mother is a huge part of who I am. I look up to her a lot. It is not necessarily about being a star kid, but about being her daughter. She has always led her life in a very simple and real way…and it is not because she has been an actor but because even before she became an actor, she was this ‘bindaas’ and honest person. I have lived with her for 23 years, so I hope some of it has rubbed off me.”

Raveena Tandon adopted two girls Chhaya and Pooja as a single mother in 1995. Raveena has shared how adopting these young girls was the best decision of her life. Raveena’s adopted daughters are both happily married now. The actress, who married to businessman Anil Thadani, has two kids with him – Ranbir and Rasha.

In an interview, Raveena in an interview talked about being a single-parent and the equation she shared with her daughters, Chhaya and Pooja after adopting them, and said, “From the time I held the girls’ hands when we were taking our first flight, to walking them down the aisle, to holding my first grandchild in my arms, every moment has been priceless. They love my biological children, Rasha and Ranbirvardhan. They pay it forward by being kind to others. Every Mother’s Day the girls send me cards and letters saying how much they love me. What more can any mother ask for?” 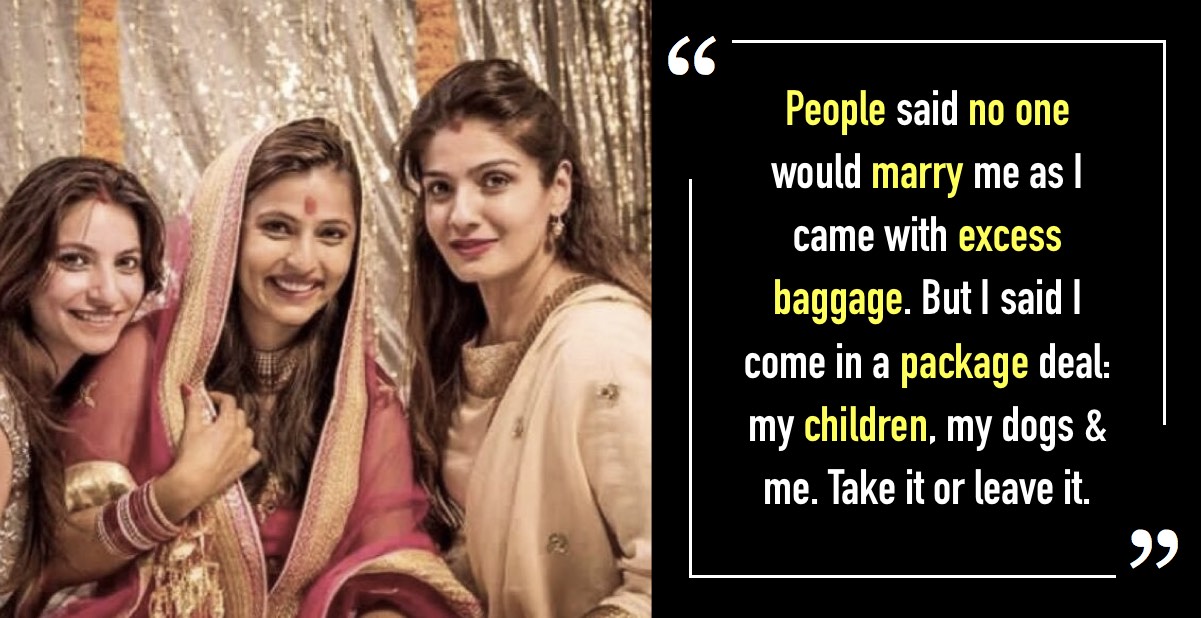 Being a proud mother of famous fashion designer Masaba Gupta, Neena Gupta has inspired so many single mothers to raise kids on their own. After veteran actress decided to raise her kid, that she had with legendary West Indies cricketer Vivian Richards out of wedlock, she faced immense criticism. But she decided to stand tall and, she fought it all.

In an interview give to a news portal, Gupta talked about her relationship with Masaba and said, “I don’t know what I would have done without Masaba. She has nobody else other than me. I have enjoyed her despite going through a lot of hardships. I have not lived a normal woman’s life, as I had to work and spend time with her, but it has given me so much solid satisfaction that it was all worth it.”

At IFORHER, we are in awe of these inspiring single mothers, who have shut society’s negative voices & showed they are heroes without capes!