*Spoilers Alert: The article contains spoilers from the film Sherni

Recently, Vidya Balan’s Sherni, directed by Amit V. Masurkar, was released on Amazon Prime Video. Within no time, it became a favorite of many. While on the surface, it may seem that Sherni is a film that attacks capitalism and senseless human encroachment. But in reality, as the movie progresses, it reveals how the film powerfully attacks and exposes our society’s patriarchal and misogynist thought process.

From focusing on the topic of mansplaining and being judged by your gender and not your qualifications, this movie targets misogyny. But, not many movies tend to focus on how becoming a parent should be a choice and not an obligation. The way this movie captured it, touched our hearts beautifully.

In this powerful scene, Vidya’s mother and her mother-in-law visit her as a surprise and then waste no time in asking for grandchildren.

If not all, most of their comments are targeted at Vidya. And, when Vidya’s mother asks her to have kids, she is quick to clarify that she has no intention of becoming a mother. That’s when, like most Indian parents, her mother tries to scare her about her dark future without kids.

But, what takes away our heart is Vidya’s perfect response to this question: 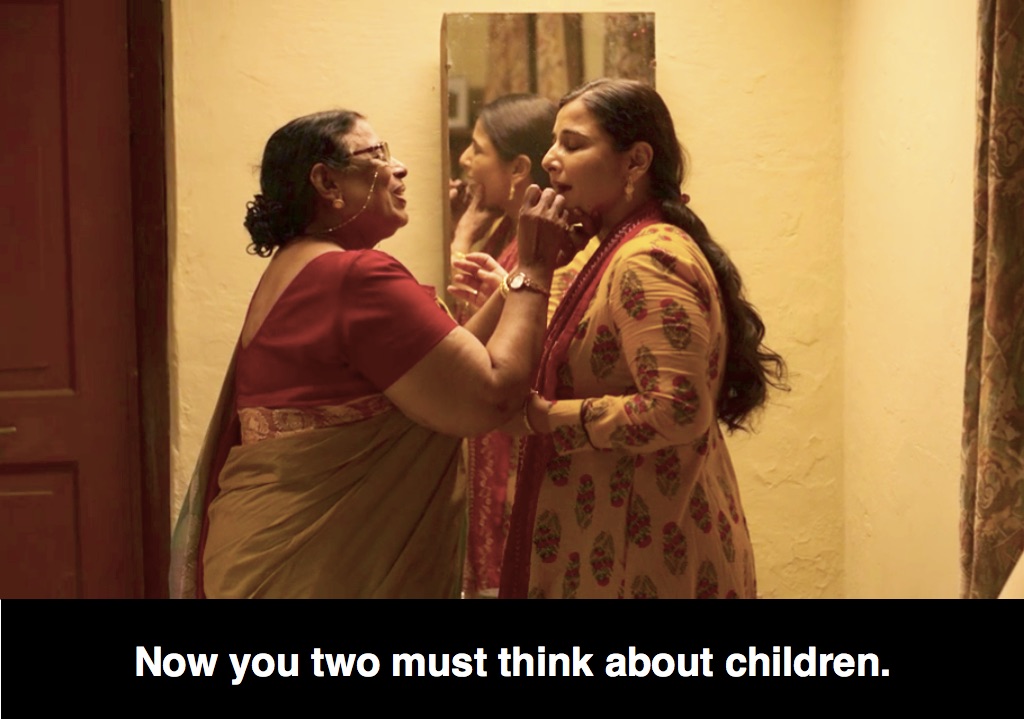 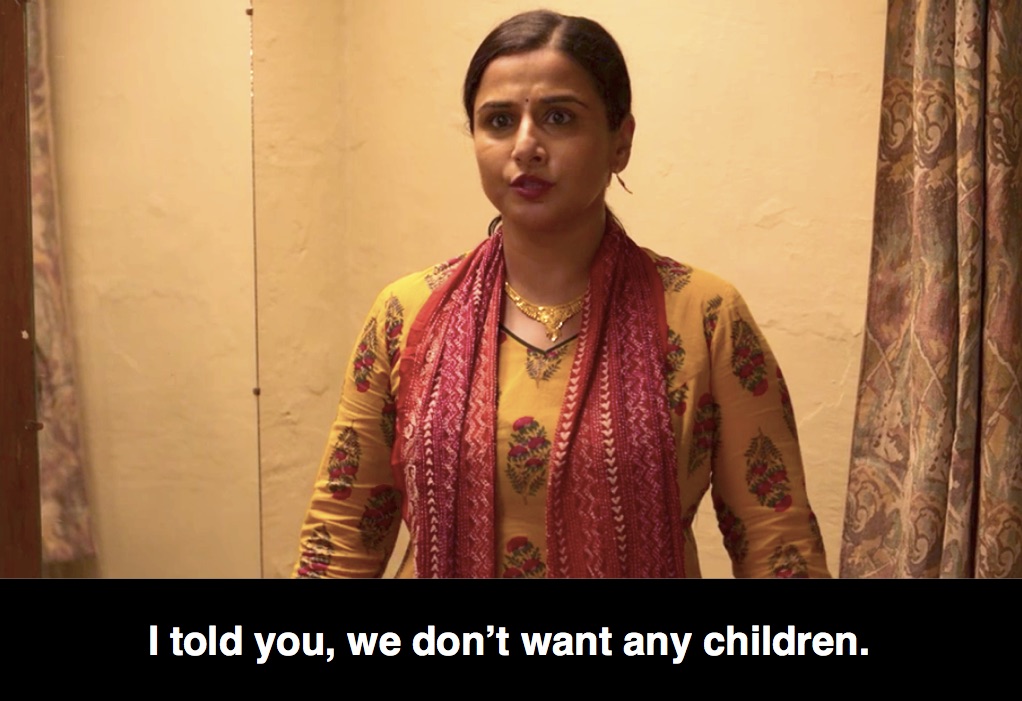 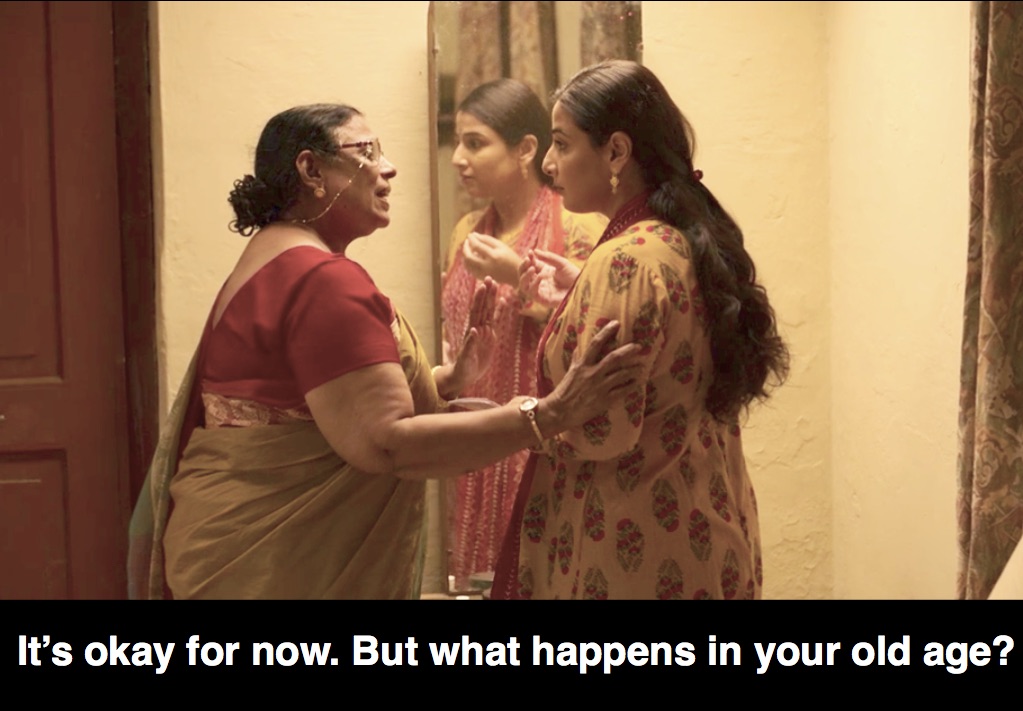 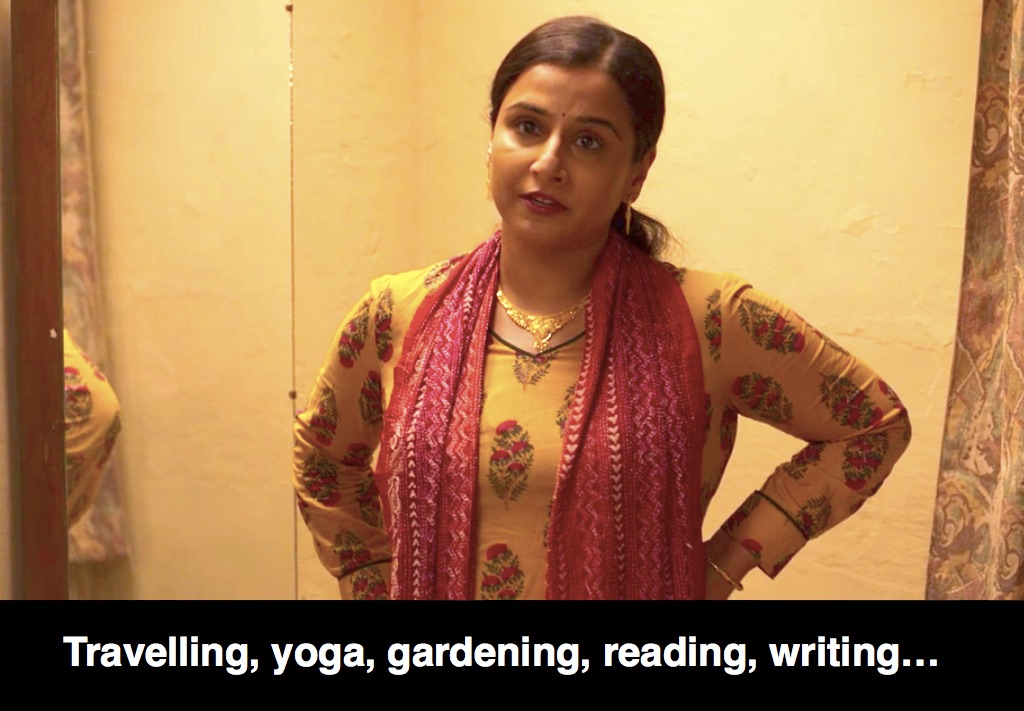 In a country, where married couples are forced into parenthood, this movie shows how married couples and especially women have the right to decide for themselves whether they want to have kids or not. It is high time that we stop making people feel guilty for visualizing a life without kids. It’s not necessarily that everyone wants a life revolving around children.

With changing times, as a society, we need to adjust to the idea that motherhood isn’t every woman’s calling. Or that every married couple doesn’t need a child to ‘complete the family’.

Sign up for Amazon prime here to watch Sherni, and let us know your thoughts.

All images from Amazon Prime Video, unless specified otherwise.