Tabassum Fatima Hashmi (born 4 November 1971), known by the mononym Tabu, is one of the most accomplished actresses in India. She has often played women characters, that are troubled and complicated. For her great performances, she has won two National Film Awards for Best Actress and six Filmfare Awards, including a record four Critics Awards for Best Actress. In 2011, the Government of India awarded her the Padma Shri, the fourth highest civilian honor in the country.

What makes Tabu’s journey so inspiring is the fact that she never followed the set paths. Known to be a rule-breaker, here are Tabu’s famous quotes that would inspire you to follow your own path. 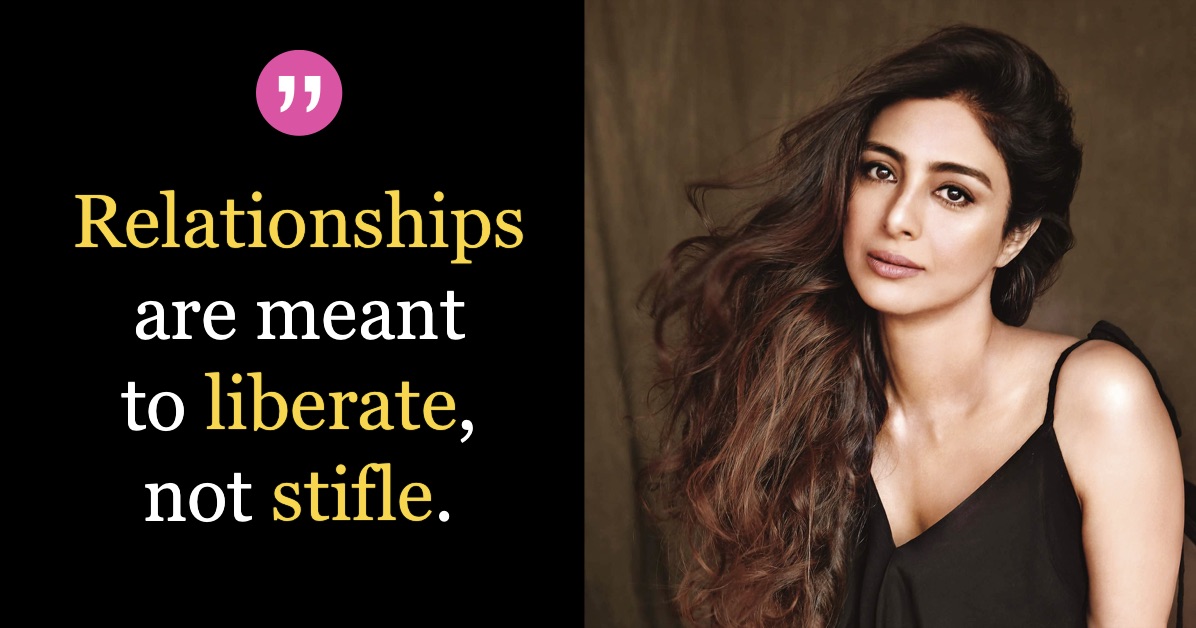 “An ideal relationship is when both individuals grow just by being in each other’s lives. Relationships are meant to liberate, not stifle.”~ Tabu

“I am proud of my height. I don’t care if the heroes are short. That’s their problem.”~ Tabu

14 Inspirational Coco Chanel Quotes Are Powerful Words To Live By

“I followed my own self and individuality so much that it automatically made me a game-changer or set me apart from others. I did not think it was necessary to do things the way others are doing it.”~ Tabu

“I never felt the need to be in the rat race.”~ Tabu

“I don’t think of people as out-and-out black or white.”~ Tabu

“I could never understand the herd mentality. I have always fought to do things my way and have stuck to that.”~ Tabu

“I have never done films to prove a point to anyone; I have done them for myself.”~ Tabu

“I don’t want to be called a feminist, but I don’t disown feminism. Our actions are more important than these labels.”~ Tabu 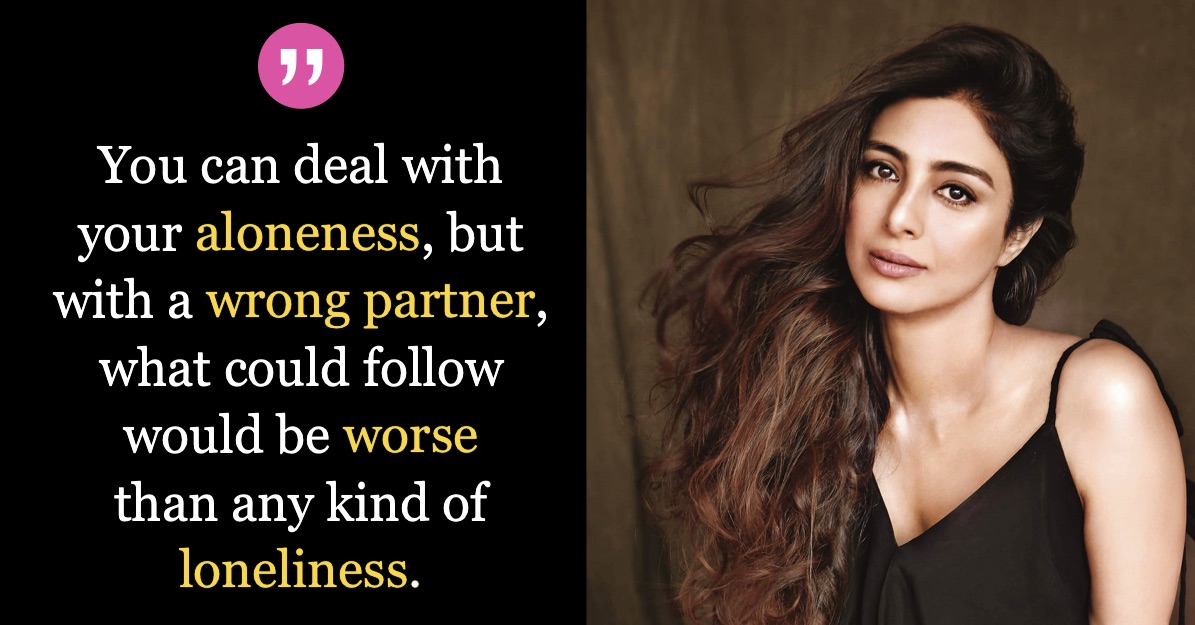 “On your own, you can deal with your aloneness, but with a wrong partner, what could follow would be worse than any kind of loneliness”~ Tabu 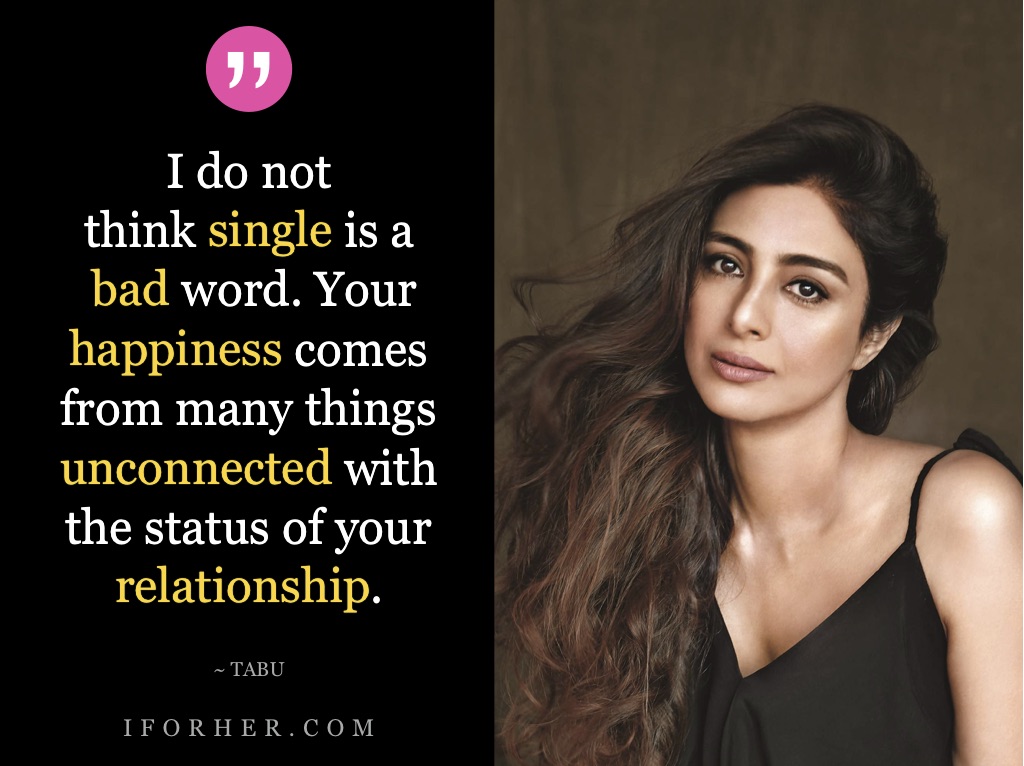 “I do not think single is a bad word. Your happiness comes from many things unconnected with the status of your relationship”~ Tabu

“A man-woman relationship is a complicated thing. When we are young, we have an idea of love. Then we grow, have new experiences, get independent, and outgrow some things.”~ Tabu 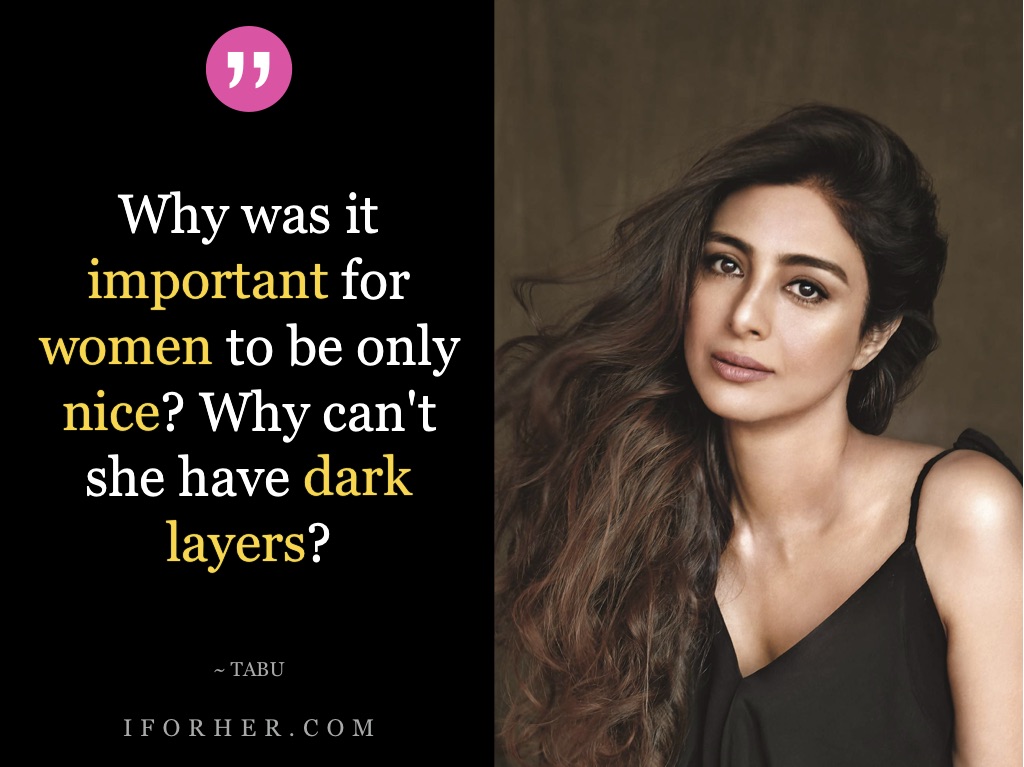 “Why was it important for women to be only nice? Why can’t she have dark layers? So when they came to me – films like ‘Maqbool’ and ‘Astitva’ – they just grabbed me, and I wanted to be part of them.”~ Tabu

“I don’t have the bandwidth to think of competition. I know it’ll wear me out. I’d rather focus on getting better.” ~ Tabu