On Dimple Kapadia’s Birthday, Here Are 7 Powerful Quotes That Show Why She Is A Living Legend 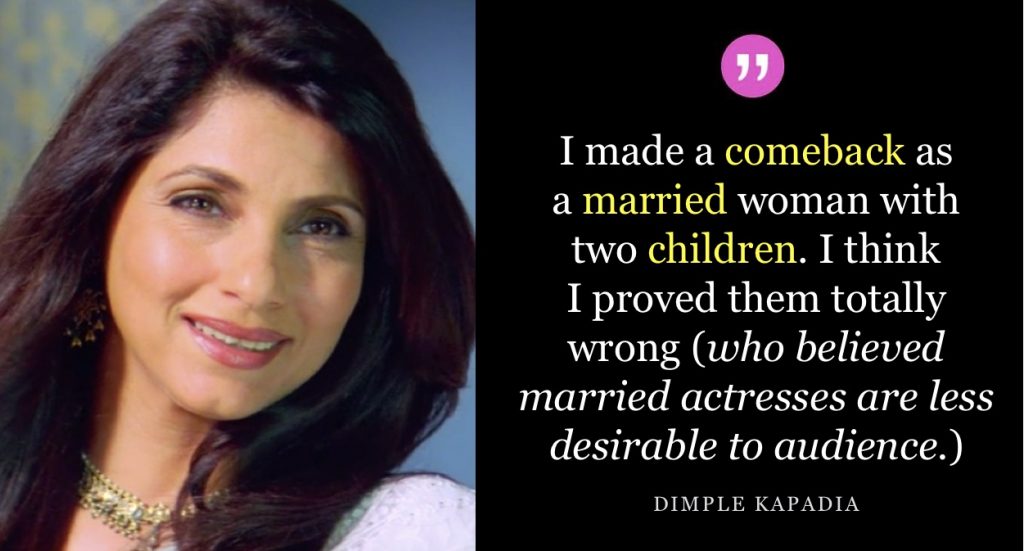 “I made a comeback as a married woman with two children. I think  I proved them totally wrong (who believed married actresses are less desirable to audience.)” – Dimple Kapadia 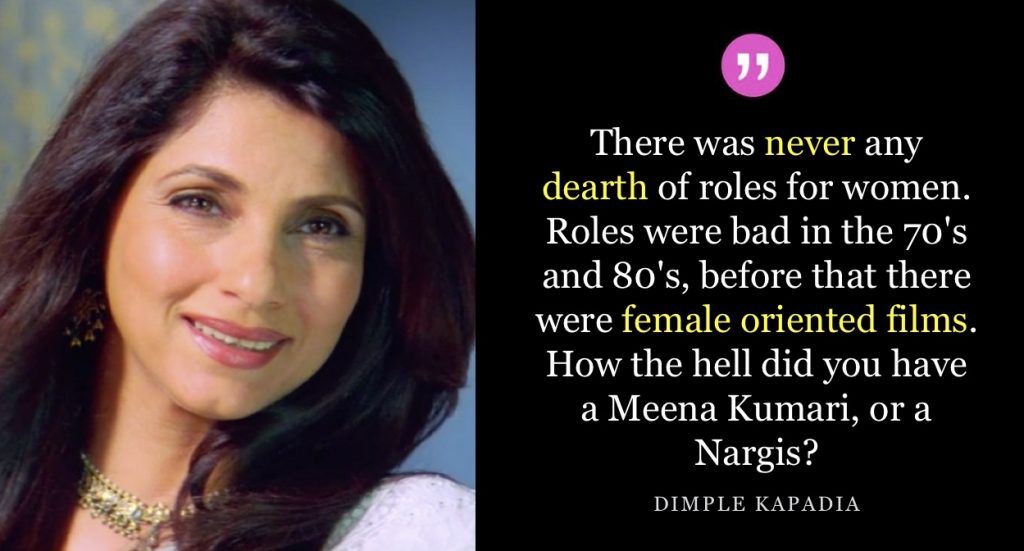 “There was never any dearth of roles for women. Roles were bad in the ’70s and ’80s, before that there were female-oriented films. How the hell did you have a Meena Kumari or a Nargis?” – Dimple Kapadia 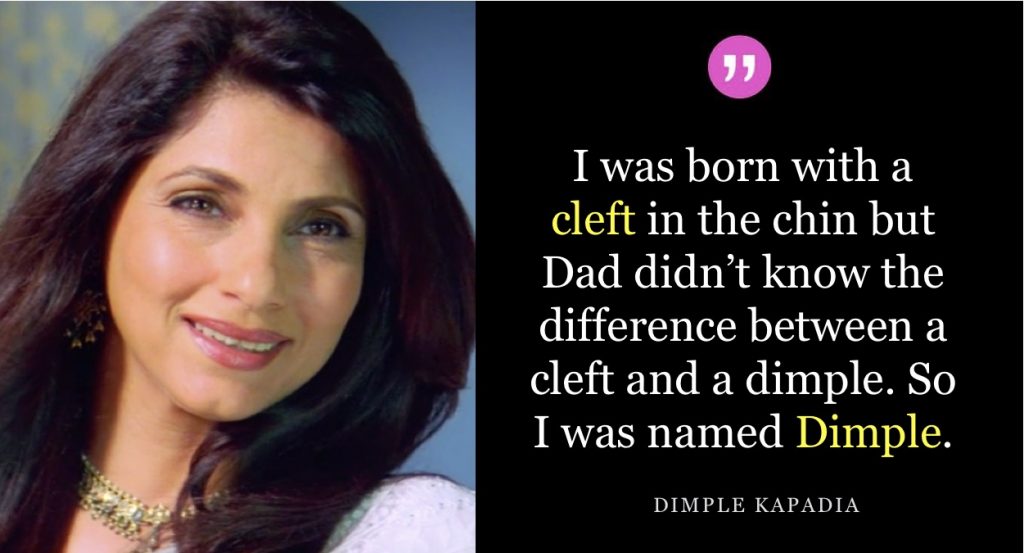 “I was born with a cleft in the chin but Dad didn’t know the difference between a cleft and a dimple. So I was named Dimple.” – Dimple Kapadia 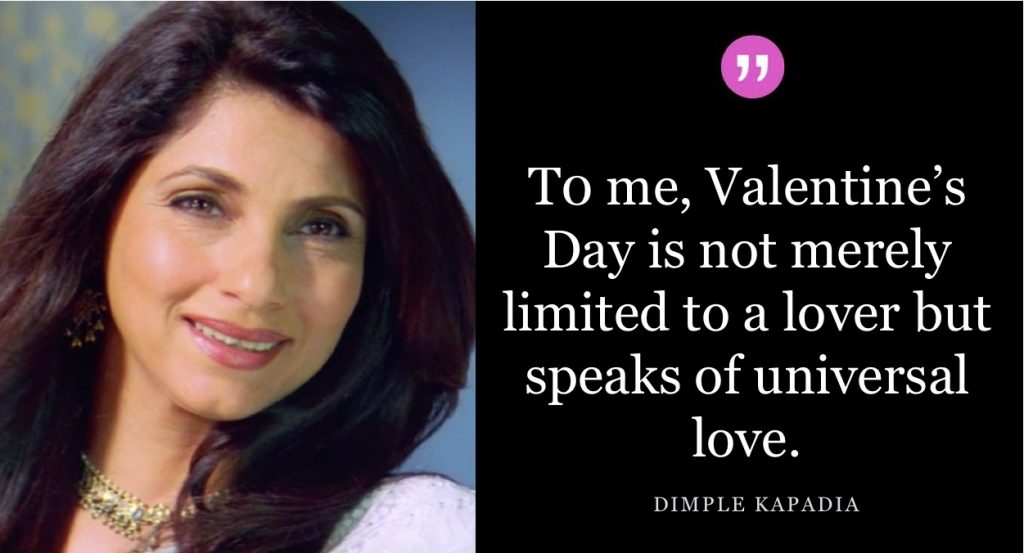 “To me, Valentine’s Day is not merely limited to a lover but speaks of universal love.” – Dimple Kapadia 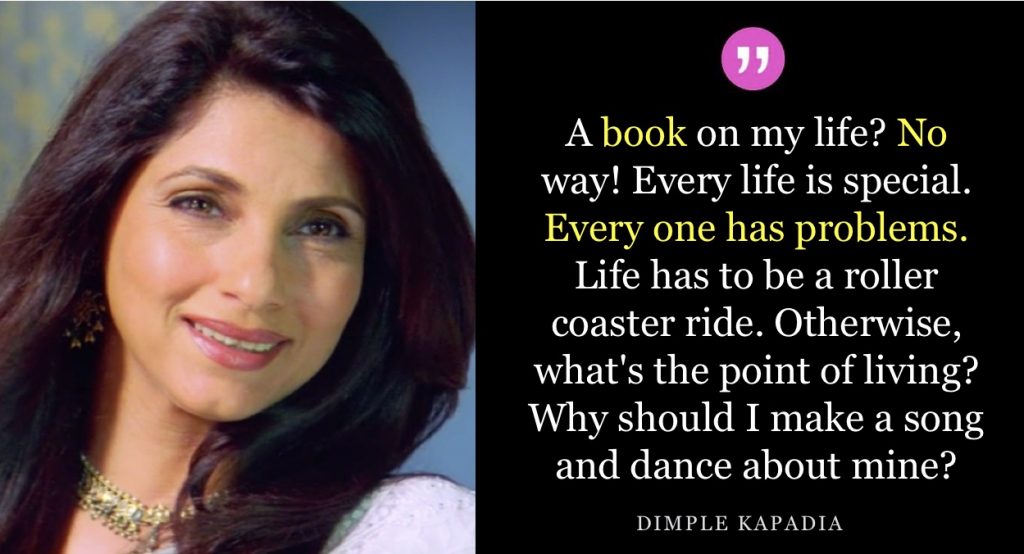 “A book on my life? No way! Every life is special. Everyone has problems. Life has to be a roller coaster ride. Otherwise, what’s the point of living? Why should I make a song and dance about mine?” – Dimple Kapadia 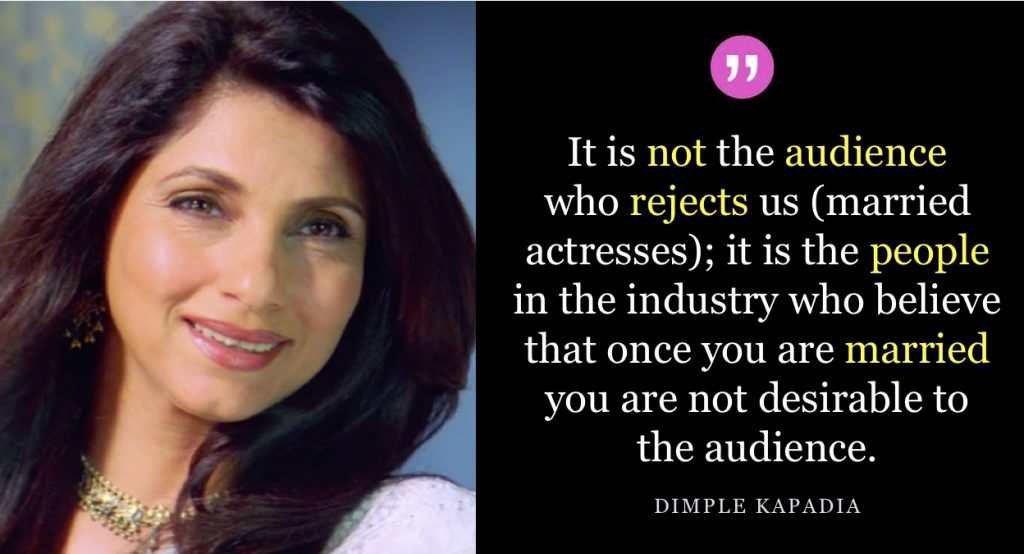 “It is not the audience who rejects us (married actresses); it is the people in the industry who believe that once you are married you are not desirable to the audience.” – Dimple Kapadia 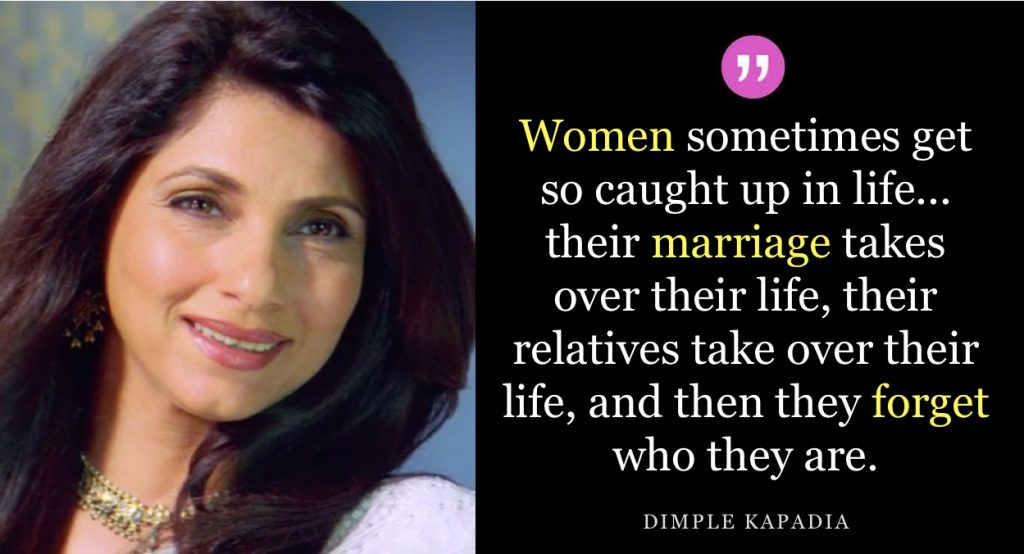 Happy Birthday, Diva! Thanks for inspiring us!