In the times, when many celebs promote the designer’s wedding sarees or lehengas, that cost a bomb, we are so much impressed with these celebs who ditched designer dresses and wore their moms’ or MIL’s attire on their wedding day.

Gul Panag, who is known for shattering stereotypes, wore a beautiful pink lehenga for her wedding. This lehenga was her mother’s and on her sangeet, she wore her mother-in-law’s lehenga!

Sania Mirza is another celebrity, who ditched designer lehenga and wore her mother’s 33-year-old bridal saree at her wedding!

As per the sources, Kareena chose to wear the same traditional gharara that Sharmila Tagore wore at her wedding in 1962. Even Kareena’s sister-in-law Saba Ali Khan shared unmissable throwback photos of Kareena Kapoor Khan and Sharmila Tagore from their respective weddings.

In 1997, when Priyanka Gandhi married Robert Vadra, she chose her grandmother – Indira Gandhi’s saree! This kind of personalized touch to the wedding makes it so much special!

Miheek Bajaj, recently, married actor Rana Daggubati and wore her mother’s bridal lehenga for her baht ceremony. And, no one would deny that she was looking stunning and elegant!

While Priyanka Chopra & Isha Ambani may not have entirely ditched the designer wear, they made sure that they personalize their wedding dress with their mother’s or mother-in-law’s wedding dress!

Do you know Priyanka Chopra’s wedding veil was made out of her mother-in-law’s wedding dress? The veil was so long and so dreamy! 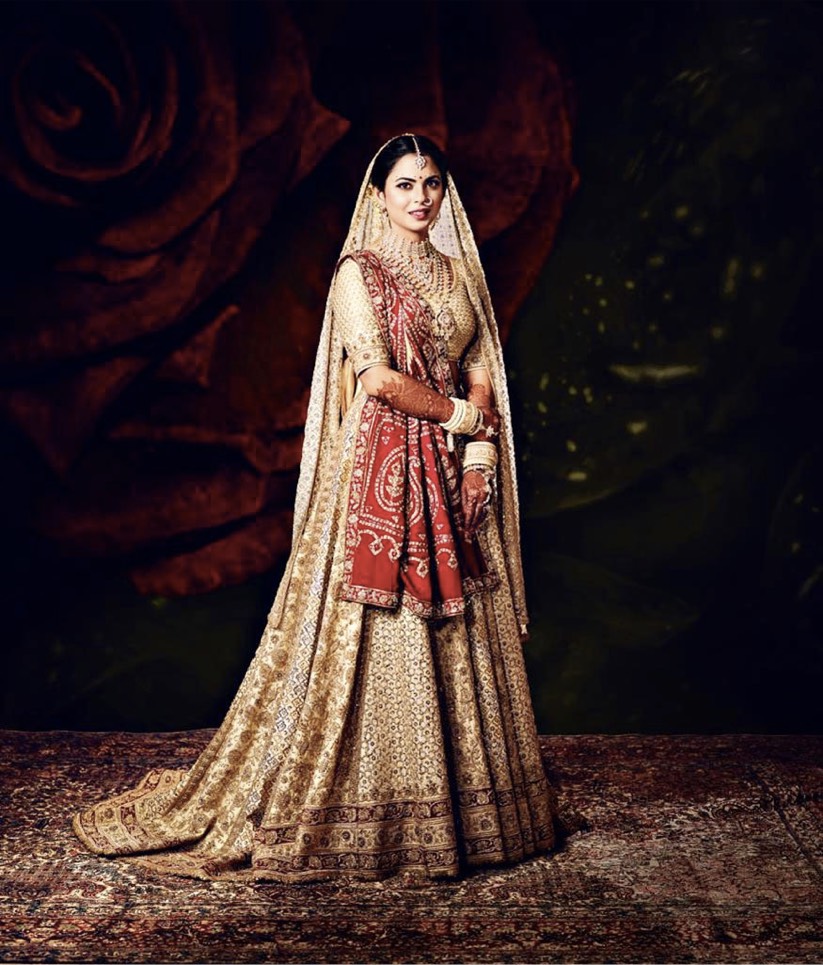