Pankaj Tripathi has touched our hearts on-screen and off-screen multiple times. Be it’s about his heart-touching love story of fighting against the world to marry Mridula or his soul-stirring performances.

“My wife Mridula and I survived on her income in Mumbai. She was a qualified school teacher and she got a job in Mumbai while I did what all out-of-town actors in Mumbai do… Struggle. My first major role was in Dharm in 2007 where I got to work with my namesake, the great Pankaj Kapur.” 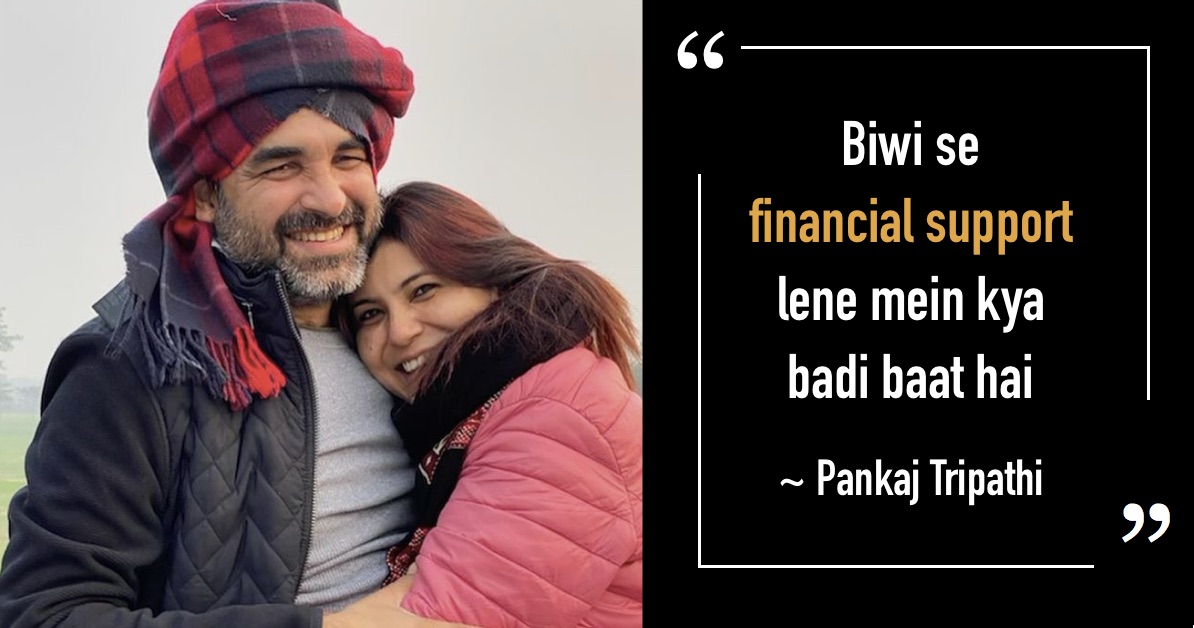 Recently, while talking to Shethepeople, Pankaj Tripathi spoke about why he never shied away from accepting that his wife was the bread-winner and acknowledging her efforts.

Dear Indian Men, You Are Extraordinary Caring Sons, But Why Are You Inconsiderate Husbands

During the interview, Pankaj shares how he fails to understand why it should be a big deal to accept that your wife is the bread-winner. He further shares how it has always been the case, but there was no way for the earlier generations to talk about it. Hence, acknowledging the opportunity that his profession offers, Pankaj Tripathi wants to reach out to a wider audience to talk about his wife’s contribution.

ALSO READ: Best Pankaj Tripathi Quotes That Show Why He Is A Real Hero

While speaking about his wife’s contribution, Pankaj said:

“What I said was the truth, why should anybody hesitate from admitting a truth, whether it’s on national TV or any public forum? And why should people praise you so much for admitting what is the truth?”

“In a male-dominated society it rarely happens that a man would admit his wife ‘earned’ while he was struggling to establish his career.”

“women are known to do the work but they are never acknowledged. That one sentence of acknowledgment makes me my family and my daughter so happy.”

“that if I was earning the money, he was making sure that there was food on the table to eat. He was looking after all the household work. We were two bicycle wheels both balancing each other out.” She goes on to say, “it is one sentence that makes every female very happy.”

At IFORHER, we are in awe of this couple who are spreading such an important message across our patriarchal society. Dear Patriarchal society, stop shaming men and women for not following the stereotypical gender roles. Let them live life on their own terms!