Marriages are never easy. And, with the increasing cases of failed marriages, marriage as an institution is losing its significance. And, one of the key reasons behind many failed marriages is how easily and willfully many people tend to ignore the red flags. One needs to take a lot of factors under consideration, especially in an arranged marriage, before taking a decision to share your life together. It’s better to be sure about certain things than to regret the decision later.

Recently, we stumbled over a very informative Reddit thread, where people shared the red flags they wish they noticed before signing up for arranged marriage. We are sure these inputs will help many to identify red flags before committing to the person. 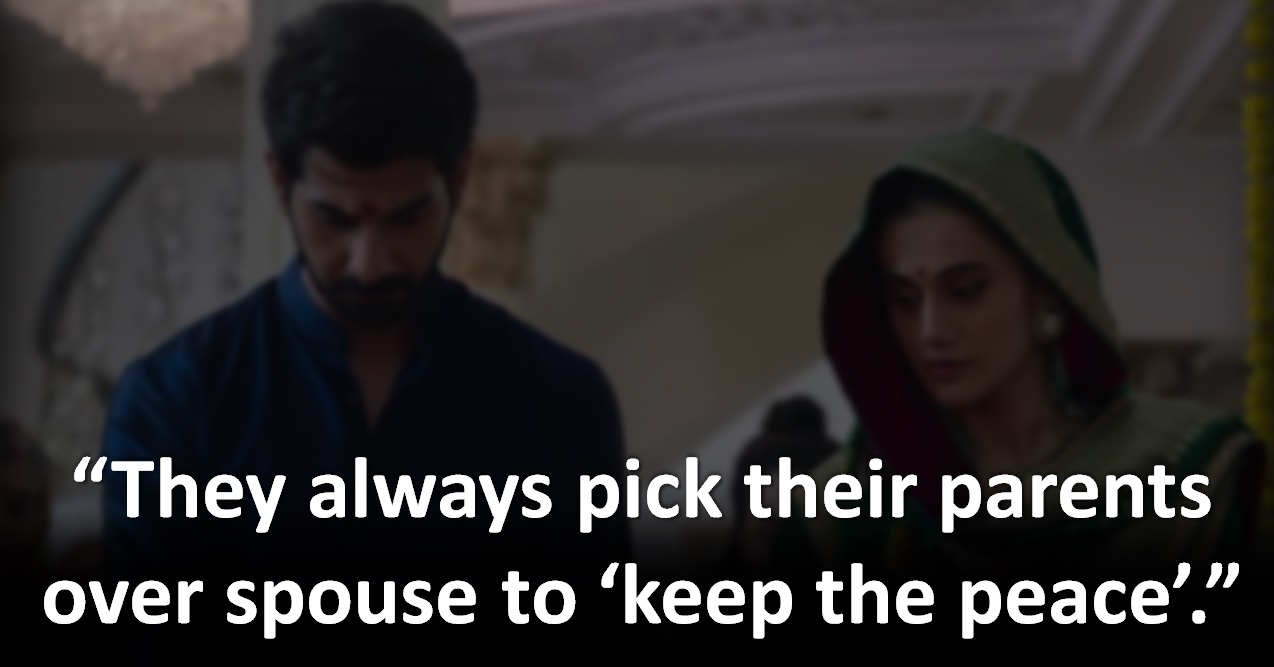 1. “If they always pick parents over the SO to “keep the peace”  – Anonymous

2. “Is rude to waiters, taxi drivers, servants, or anyone else they have power over. It takes a special kind of jerk to be rude to people who don’t have a choice in the matter. You want someone who tries to be respectful and kind to all people.” – dsarma

3. “If they or their family is overly concerned about status or “What will people think” mentality.” – Anonymous

4. “That he didn’t know how to cook or clean. I was so excited to get our own place and be the perfect wife that I just did it all and I was happy about it. Like an idiot lol. 10 years and two kids later I was completely over that shit. Thankfully after a few tough years we figured it out. But damn, had I known I would have started our life a lot differently.” – queenoreo

6. “Excessive sweet talk and romance early on. Kind of an extension to the previous point. This usually hints at a very immature idea of what a relationship and later marriage should mean. Instead, they mimic the “romanticized” version of love that is shown in movies. These guys will not continue the same after marriage or even worse, make you feel like you owe them for their affections.” – Anonymous

7. “Interrupts you when you talk, or clearly isn’t paying attention to what you say.” – dsarma

8. “He yelled and threw (my) things at me. I was so young and foolish. I thought it meant he was passionate and that he loved me more than anyone else…because nobody else in my life loved me enough to get so angry they would throw things. That’s not how it works.”-chaigirl-

9. “Doesn’t have any interests outside of work. As quarantine has taught us, there will be times when you’re both stuck with each other with nobody else as company. Unless you can get along in those times, you’re in for an uphill climb.” – dsarma

11. “Doesn’t know how to cook/do laundry/clean, and has their mom do everything. It’s one thing to live with your parents. It’s another to be a helpless baby as a grown adult.” – dsarma

13. “Refuses to discuss any of their negative qualities honestly. Nobody is perfect, and acknowledging that early on is important. Maybe not on the first meeting, but at some point. You don’t want to end up with someone who only criticises you and doesn’t own up to their own shortcomings.” – dsarma

14. “Made comments about how cute or attractive other women were. Or how sexy my friends were. Weird sexual comments. We were married 3 years when I found out he had a hooker problem and was fucking a few of my friends.” – hammstands

15. “Stonewalling during arguments, insulting me then saying it’s just a joke when I get upset.” – mediocreart023

16. “Has a temper. If someone gets angry frequently, you’re setting yourself up for a difficult life.” – dsarma

17. “There isn’t enough space on reddit to list (I’m divorced) – mom had full control of his world; he was emotionally needy; always the victim in every scenario; no work ethic or independence; overly conservative; had a “show” mode for the public; no boundaries.” – Anonymous

18. “He’s one of those “men can’t show emotions” kinda guy, and I’m a deeply emotional person. Just frustrating a lot of times” – thepoisedduchess

This beautiful yet hard-hitting thread has so many powerful insights. Do you also want to add something to the list? Tell us in the comments below.