1. “When you’re young, you think your dad is Superman. Then you grow up, and you realize he’s just a regular guy who wears a cape.” – Dave Attell

2. “I gave my father $100 and said, ‘Buy yourself something that will make your life easier.’ So he went out and bought a present for my mother.” – Rita Rudner

3. “Sometimes I am amazed that my wife and I created two human beings from scratch yet struggle to assemble the most basic IKEA cabinets.” – Greg Kinnear

4. “I turned out awesome and so good looking for that I salute you, dad. Happy Father’s Day!” – Anonymous 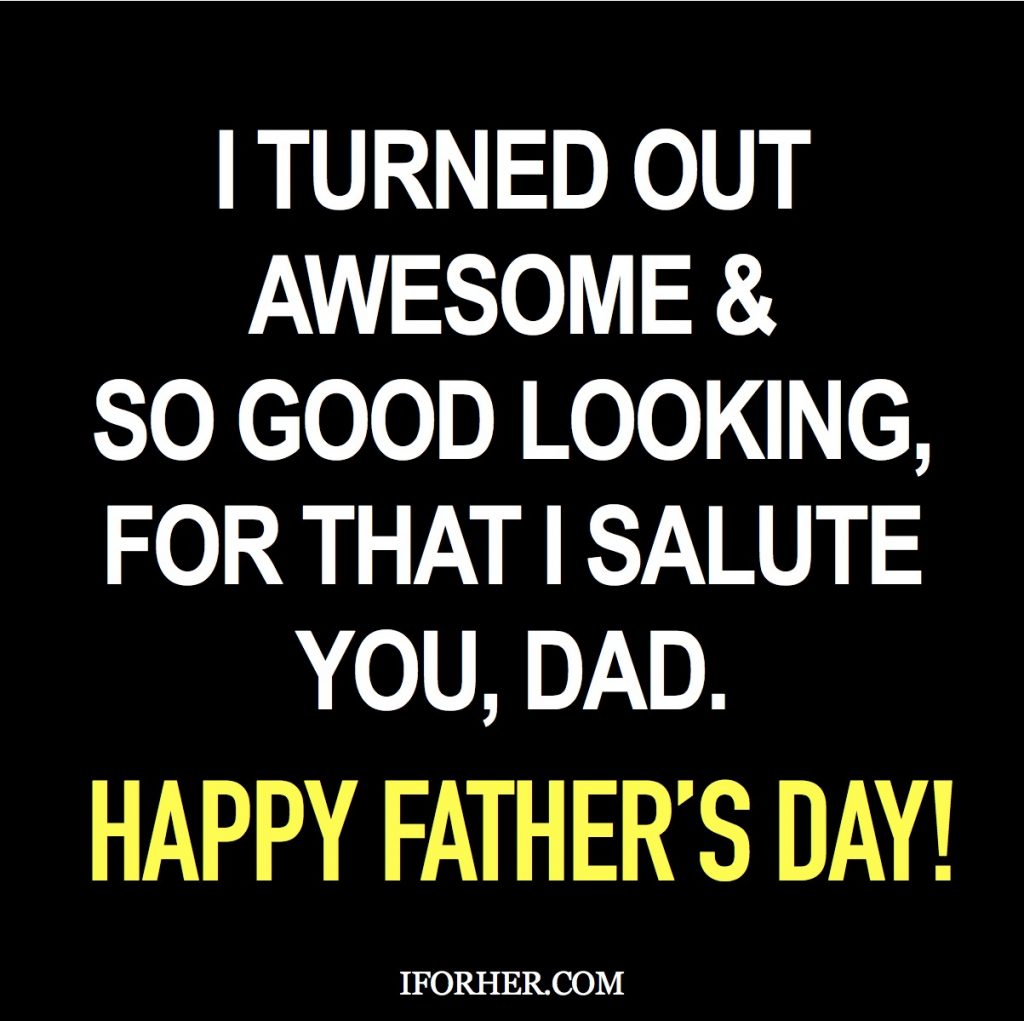 5. “When I was a kid, I said to my father one afternoon, ‘Daddy, will you take me to the zoo?’ He answered, ‘If the zoo wants you, let them come and get you.’” —Jerry Lewis

6. “We wondered why when a child laughed, he belonged to Daddy, and when he had a sagging diaper that smelled like a landfill, ‘He wants his mother.’” —Erma Bombeck.

7. “When I was a boy of 14, my father was so ignorant, I could hardly stand to have the old man around. But when I got to be 21, I was astonished at how much the old man had learned in seven years.” —Mark Twain

8. “Fatherhood is great because you can ruin someone from scratch.” —Jon Stewart 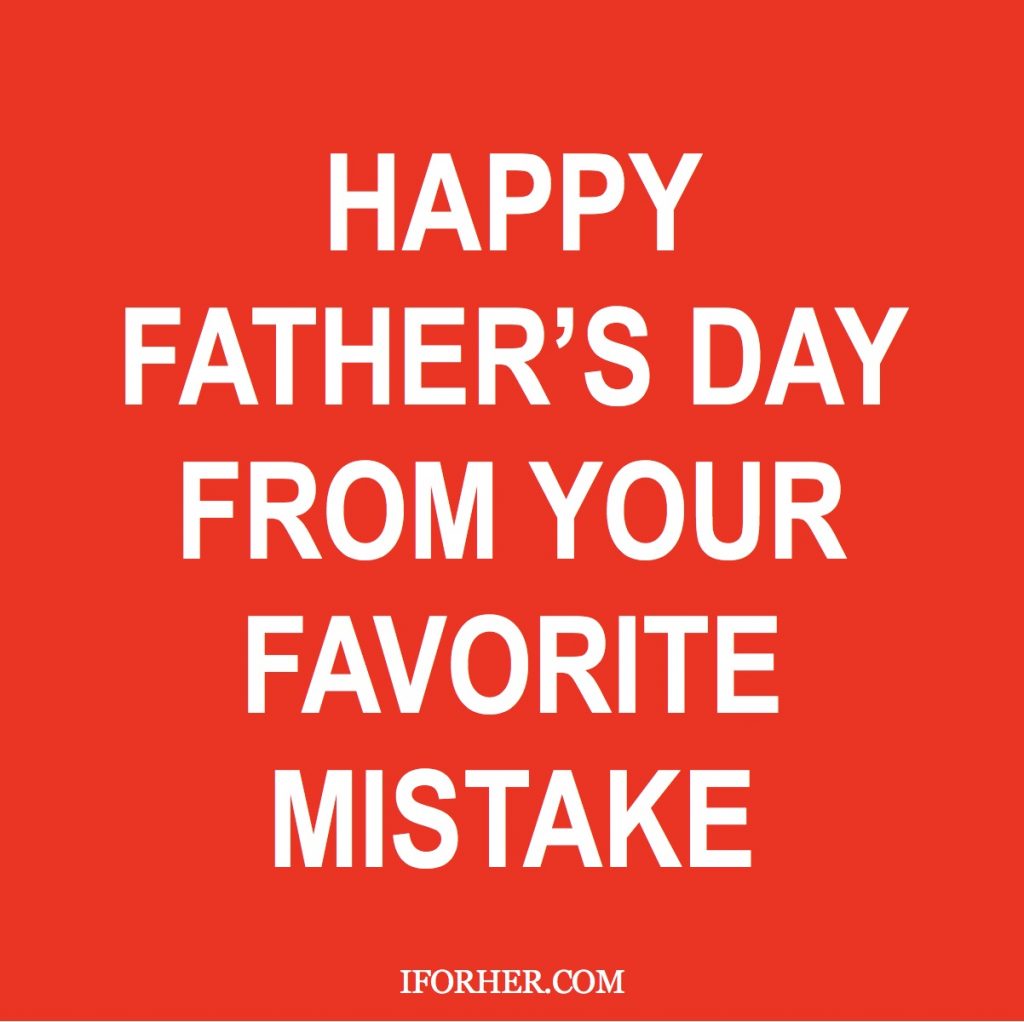 10. “Being a dad is the greatest pain in the ass in the world you could possibly be involved in. That is the ultimate dad-ness, full dad-ness.” – Jerry Seinfeld

11. “On our 6 a.m. walk, my daughter asked where the moon goes each morning. I let her know it’s in heaven visiting daddy’s freedom.” – Ryan Reynolds

15. “I love how we don’t need to say out loud that I am your favorite child.” – Anonymous 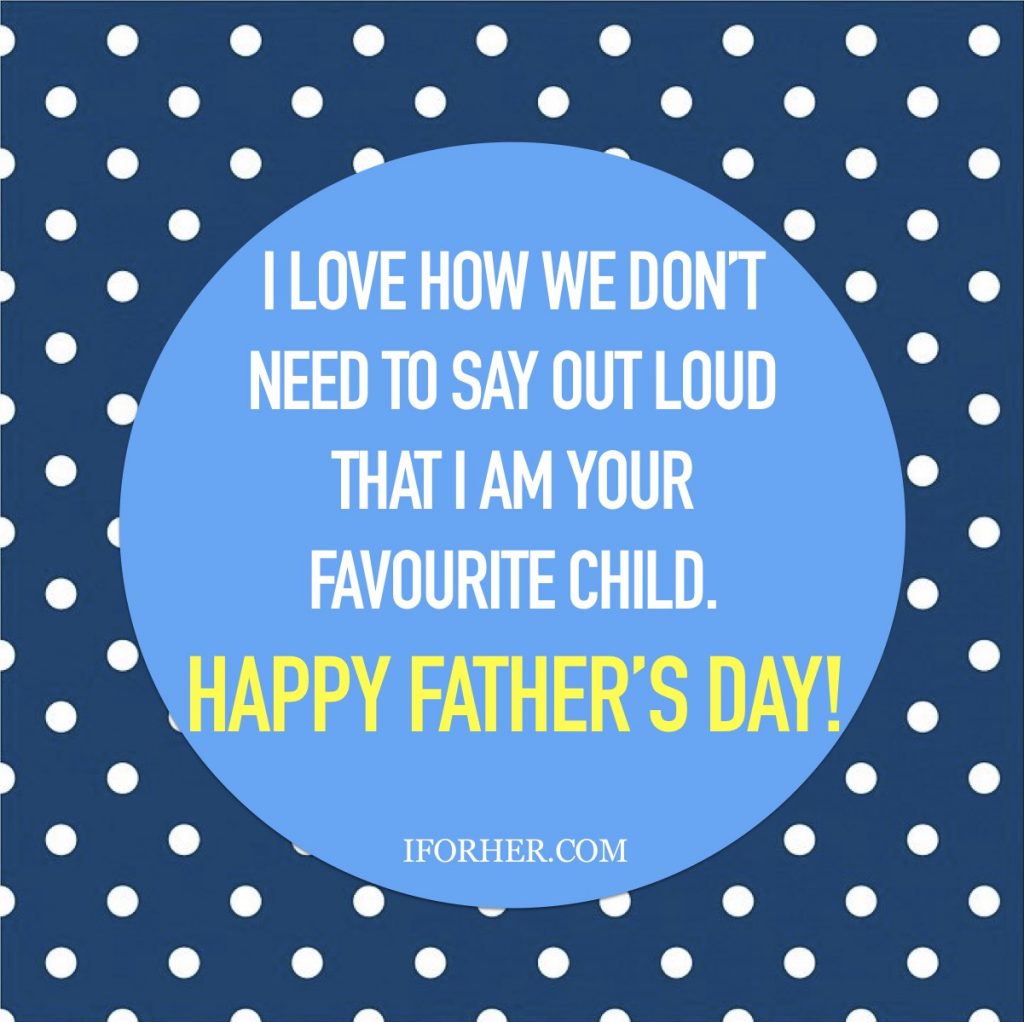 16. “I feel like the success of parenthood is feeling like I failed all day today, but I get to wake up tomorrow and do it again and hopefully they turn out to be a good human being.” – Justin Timberlake

17. “Being a dad isn’t just about eating a huge bag of gummy bears as your wife gives birth. It means being comfortable with the word hero” – Ryan Reynolds

18. “If my kid vanished on a plane like that Jodie Foster movie, I’d spend maybe two or three hours enjoying the legroom and quiet before I started looking.” – Ken Jennings

19. “There should be a children’s song: ‘If you’re happy and you know it, keep it to yourself and let your dad sleep.’” – Jim Gaffigan

20. “I smile because you are my dad. I laugh because there is nothing that you can do about it. Happy Father’s Day!” – Anonymous 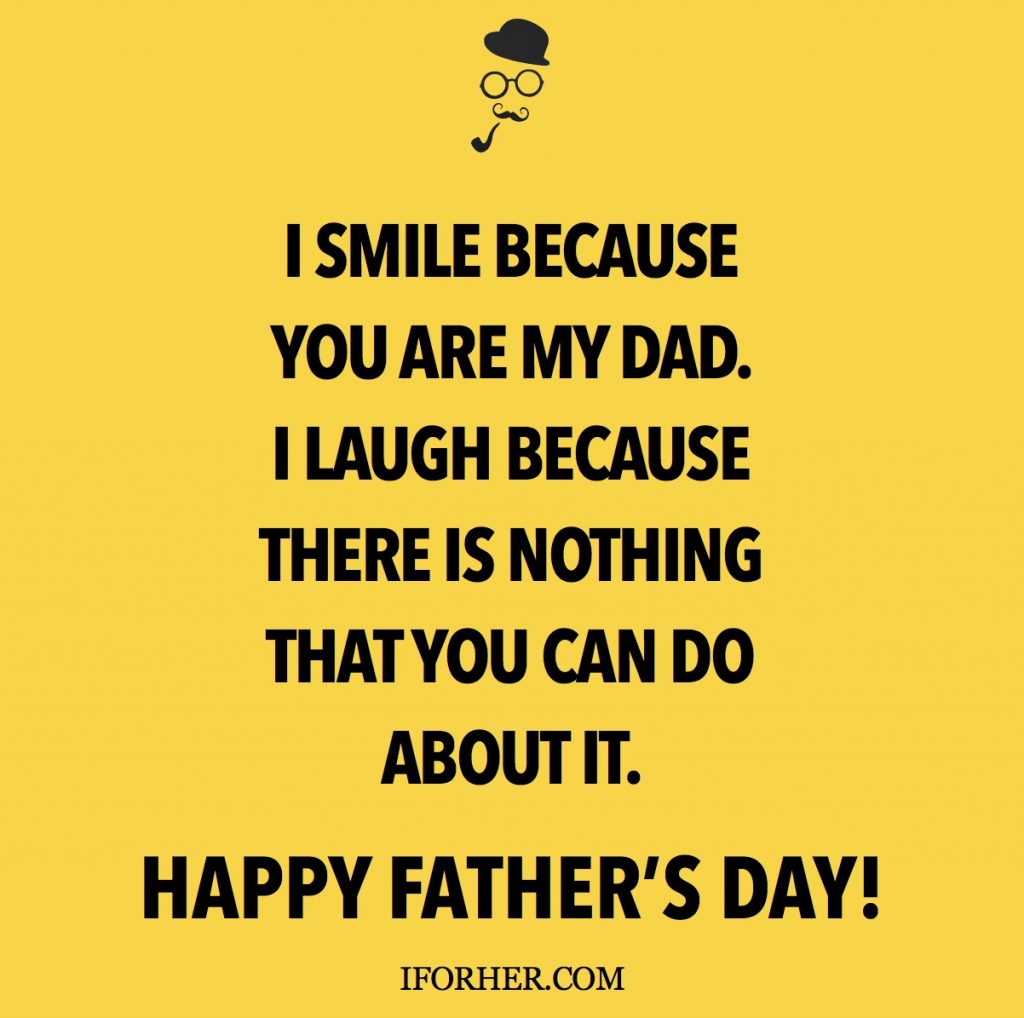 21. “You can tell what was the best year of your father’s life because they seem to freeze that clothing style and ride it out.” – Jerry Seinfeld

22. “The worst part about being a parent is when one of your kids farts and you have to pretend it wasn’t cool.” – Rob Delaney

23. “By the time a man realizes that maybe his father was right, he usually has a son who thinks he’s wrong.” – Charles Wadsworth

25. “My father used to play with my brother and me in the yard. Mother would come out and say, ‘You’re tearing up the grass.’ ‘We’re not raising grass,’ Dad would reply. ‘We’re raising boys.’ – Harmon Killebrew 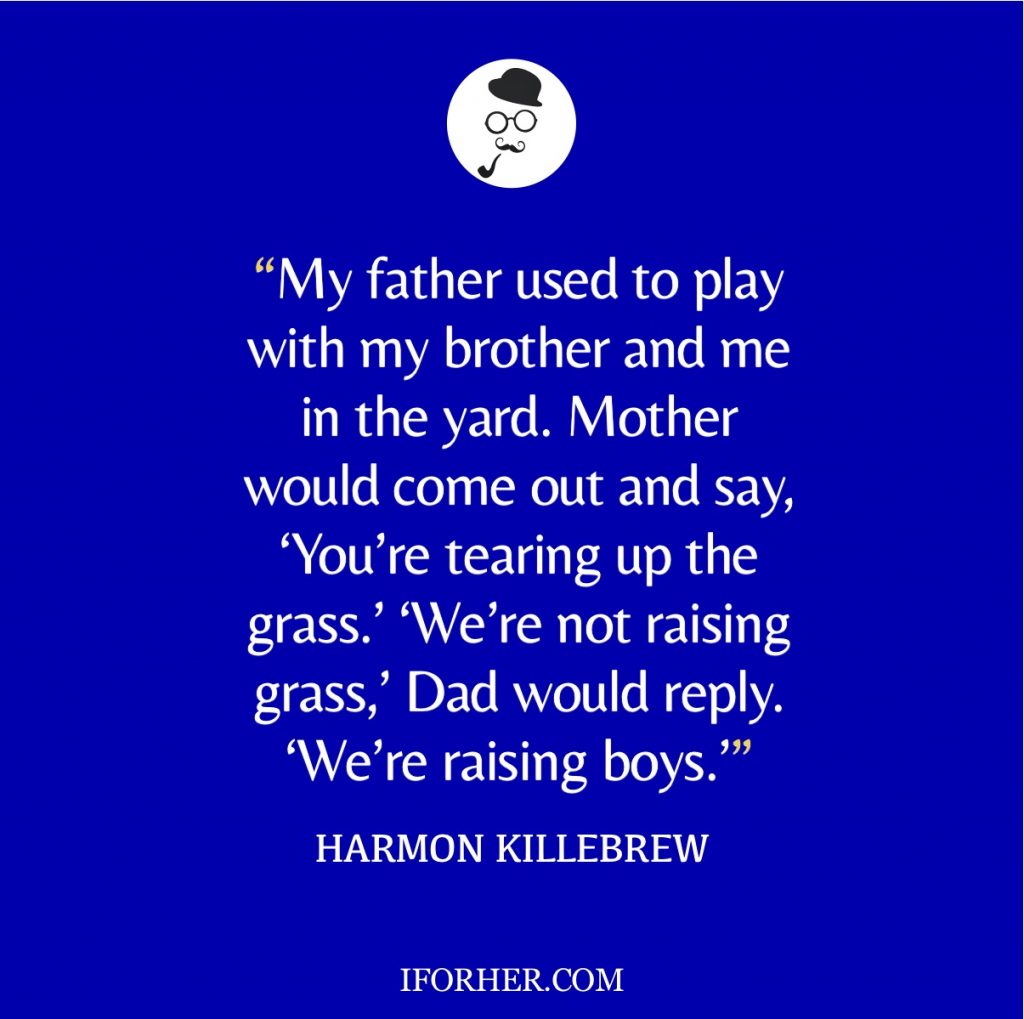 26. “Having a kid is like falling in love for the first time when you’re 12, but every day.”- Mike Myers

27. “Any man can be a father, but it takes someone special to be a dad.” —Anne Geddes

28. “Having children is like living in a frat house—nobody sleeps, everything’s broken, and there’s a lot of throwing up.” —Ray Romano

30. “Happy Father’s Day to someone who knew long  before me that all the boys I brought home were jerks.” ― Anonymous 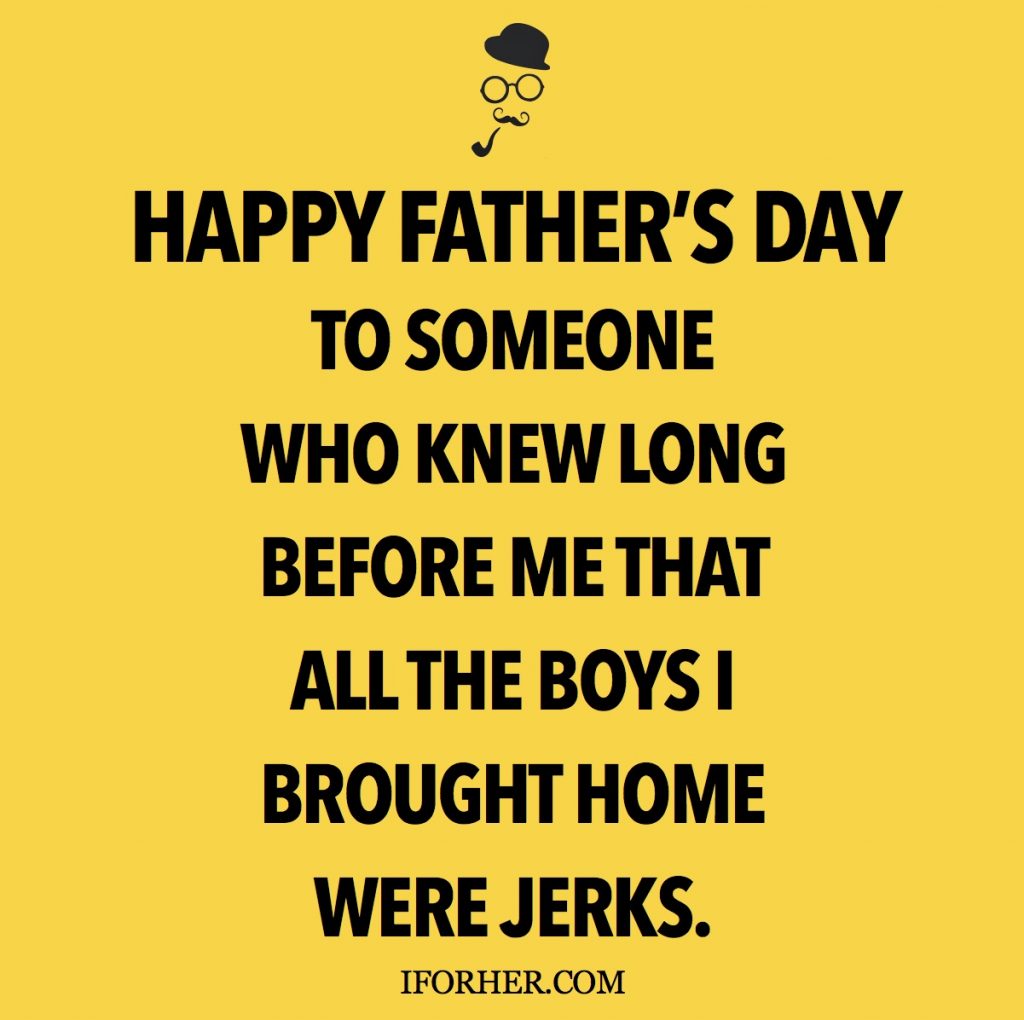 31. “Whenever one of my children says, ‘Goodnight, Daddy,’ I always think to myself, ‘You don’t mean that.” —Jim Gaffigan

32. “It is so embarrassing how I went from a person who did not care about anyone’s children. Then you have them, and you brag about the same stuff that you never cared about. And you tell people, he’s got four teeth like they care.” —Seth Meyers

35. “Happy Father’s Day! Dad, I hope that this gift is only half as disappointing as I am.” – Anonymous 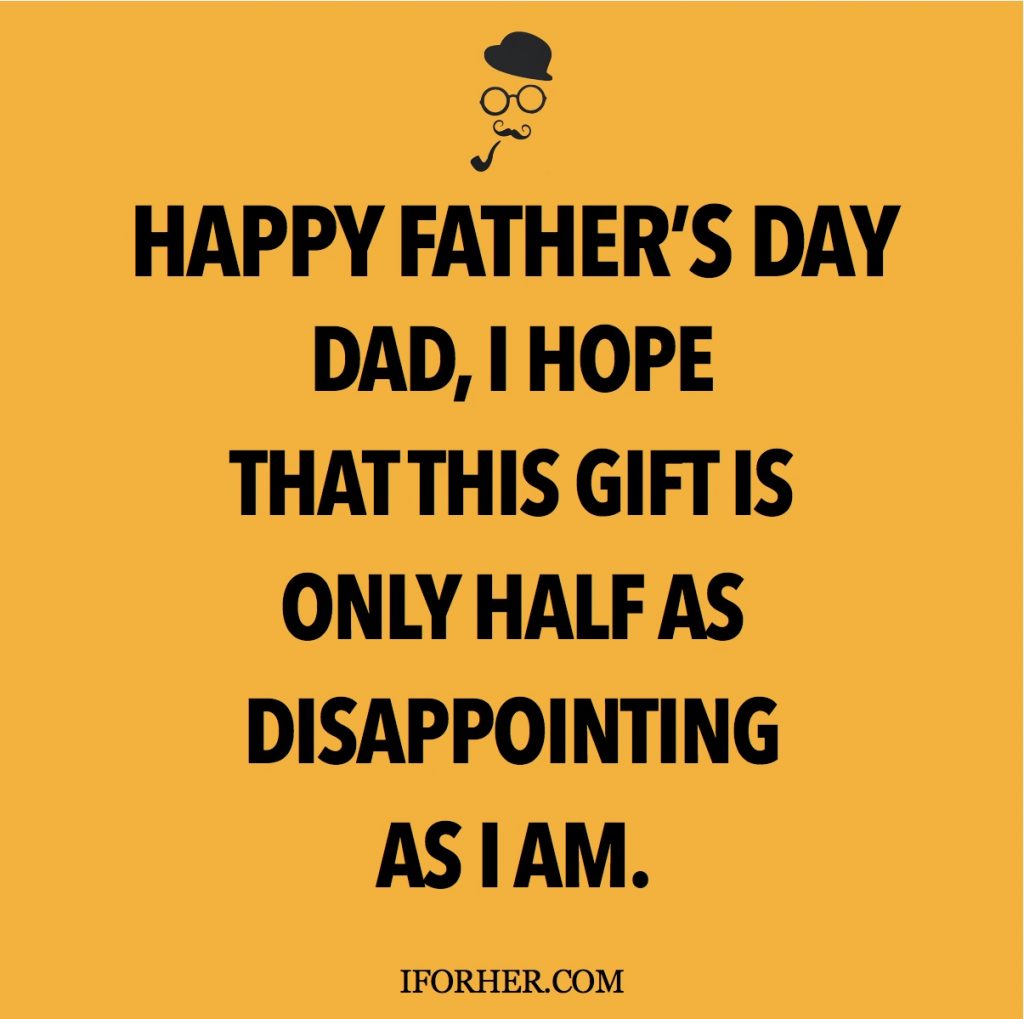 37. “Having children is like having a bowling alley installed in your brain.” – Martin Mull

38. “Nobody appreciates Daddy. I’m talking about the real daddy that handles the [expletive] business. Nobody ever says, ‘Hey, Daddy, thanks for knocking out this rent!’ ‘Hey, Daddy, I sure love this hot water!’ ‘Hey, Daddy, it’s easy to read with all this light!’” – Chris Rock 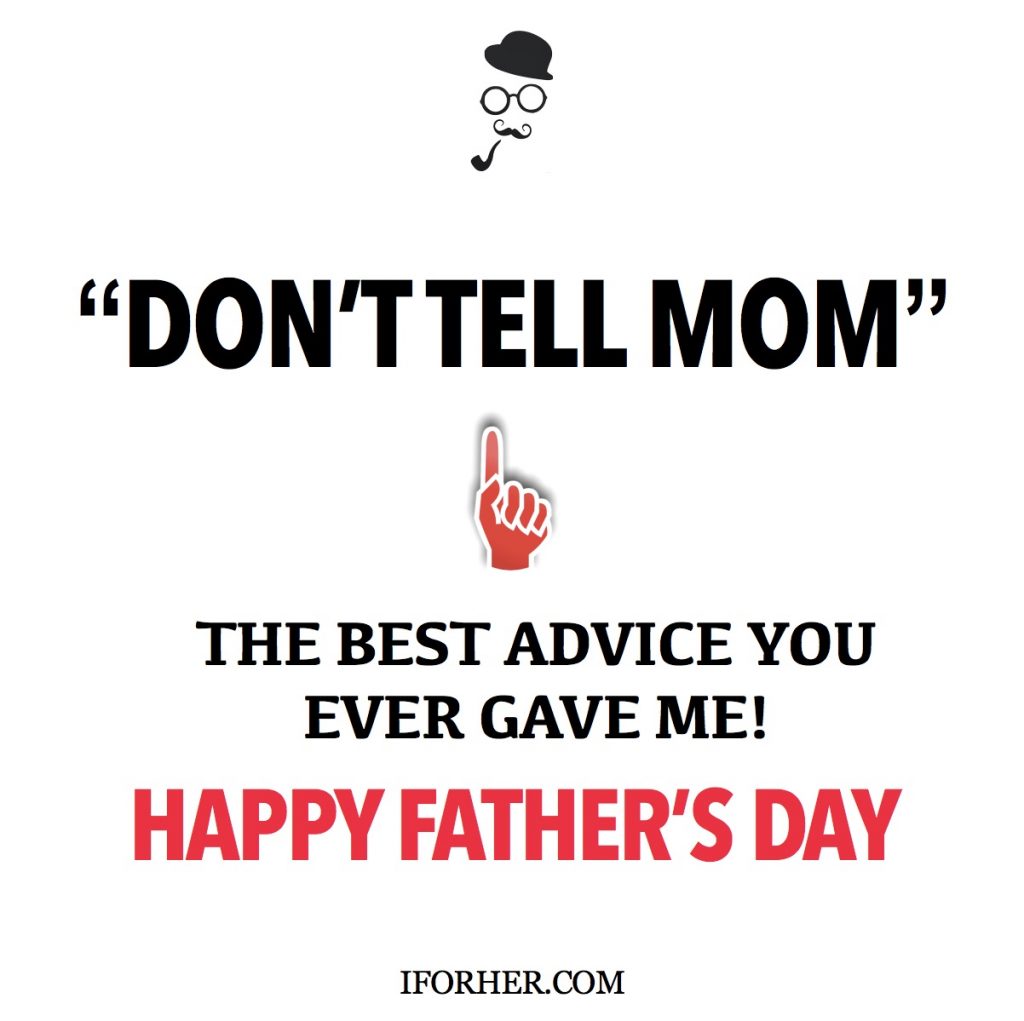 40. “Before I got married I had six theories about raising children; now, I have six children and no theories.” ―John Wilmot

41. “Even though I’m proud my dad invented the rear-view mirror, we’re not as close as we appear.” —Stewart Francis. 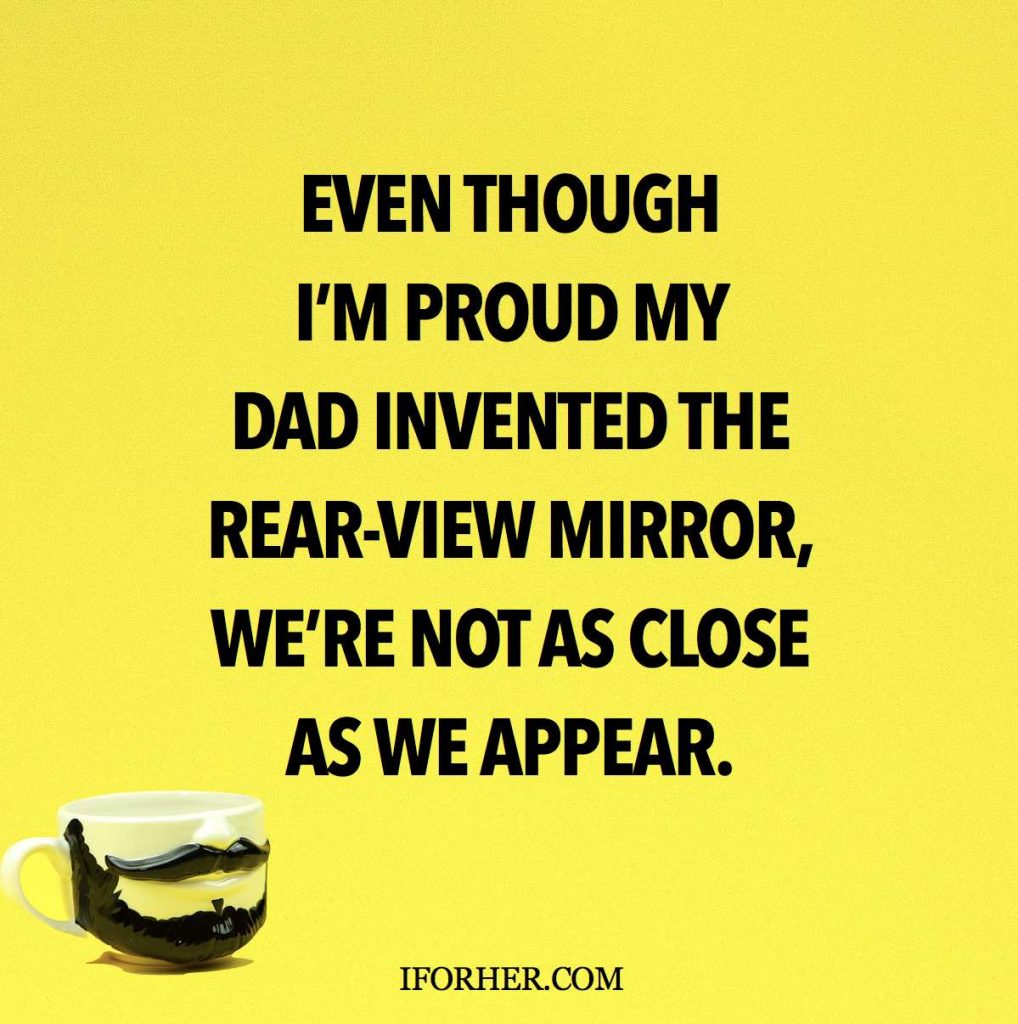 Hope you have found the perfect message out of these funny father’s day quotes for your card!