There have been quite a lot of movies that are released this year 2022. There was a time when you had to catch movies in theatres or you might have to wait for a long time to watch them on TV. But not anymore. Thanks to OTT, within weeks of theatre release, movies are now made available on Netflix, Amazon, Hotstar, and other apps.

So in case you missed watching a hit in the theatre, here’s the list of top movies of 2022 that are now available on OTT platforms. 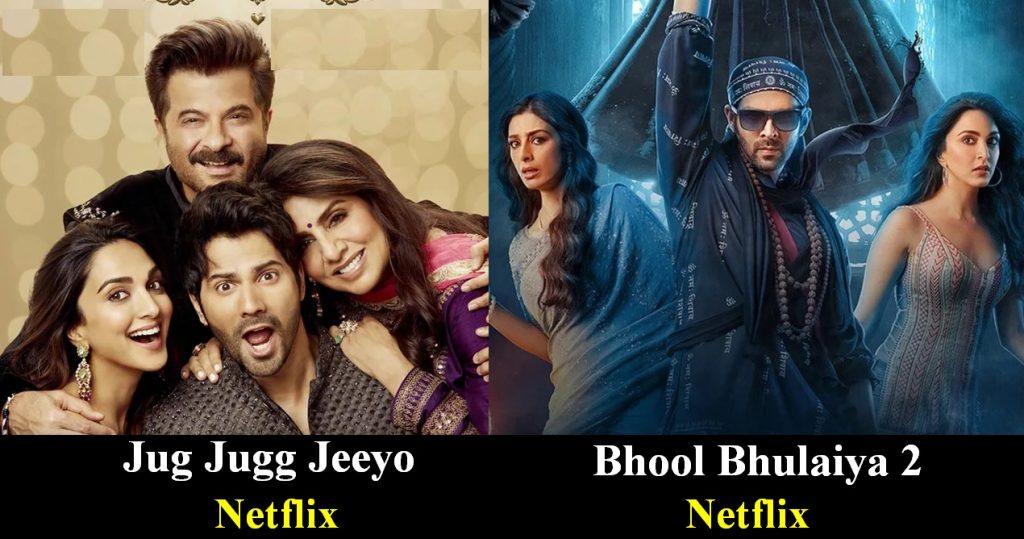 R Madhavan’s directorial debut Rocketry – The Nambi Effect is based on the real-life story of Nambi Narayanan. Nambi Narayanan was a former scientist and aerospace engineer at the Indian Space Research Organization. In 1994, Narayanan was charged with leaking vital defense secrets. He later fought his case and got a verdict from the Supreme Court in 1996. R Madhavan is in the lead and Sharukh Khan is in the guest appearance.

This super-hit period action drama is set in the 1920s. The movie revolves around two legendary revolutionaries away from their homeland and how they begin fighting for their country. Featuring Jr NTR, Ram Charan, Alia Bhatt, Ajay Devgn, and Shriya Saran, this movie is a must-watch.

Annes Bazmee’s Super-hit film Bhool Bhulaiyaa 2 stars Kartik Aaryan, Tabu and Kiara Advani. With the spirit of Manjulika returning, she makes Advani’s body its host to complete her incomplete mission. This movie is one of the most successful movies of 2022. In case you haven’t watched it, do stream it on Netflix.

Alia Bhatt-starrer and Sanjay Leela Bhansali’s directorial Gangubai Kathiawadi has been released on Netflix. The period drama is centered around Bhatt’s protagonist Gangubai and traces her rise in Mumbai in the 1960s. The film’s plot is based on writer S Hussain Zaidi’s book, the Mafia Queens of Mumbai. 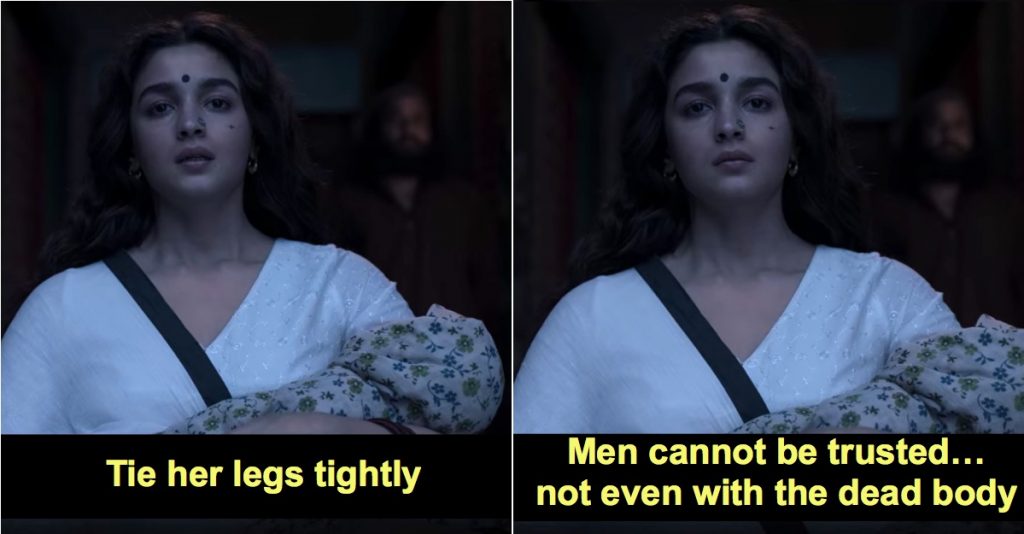 The aviation thriller is about the suspicious case of Captain Vikrant’s flight-landing decision and how his decision under scrutiny. This movie stars Ajay Devgn, Rakul Preet Singh and Amitabh Bachchan in key roles.

One of the most successful movies of 2022, Yash starrer KGF Chapter 2 released on Amazon Prime. In the sequel, the movie revolves around how assassin Rocky, who is now the kingpin of the Kolar Gold Fields, protects his supremacy from those who plan to destroy him. The film also stars Sanjay Dutt, Raveena Tandon, Srinidhi Shetty, and Prakash Raj. 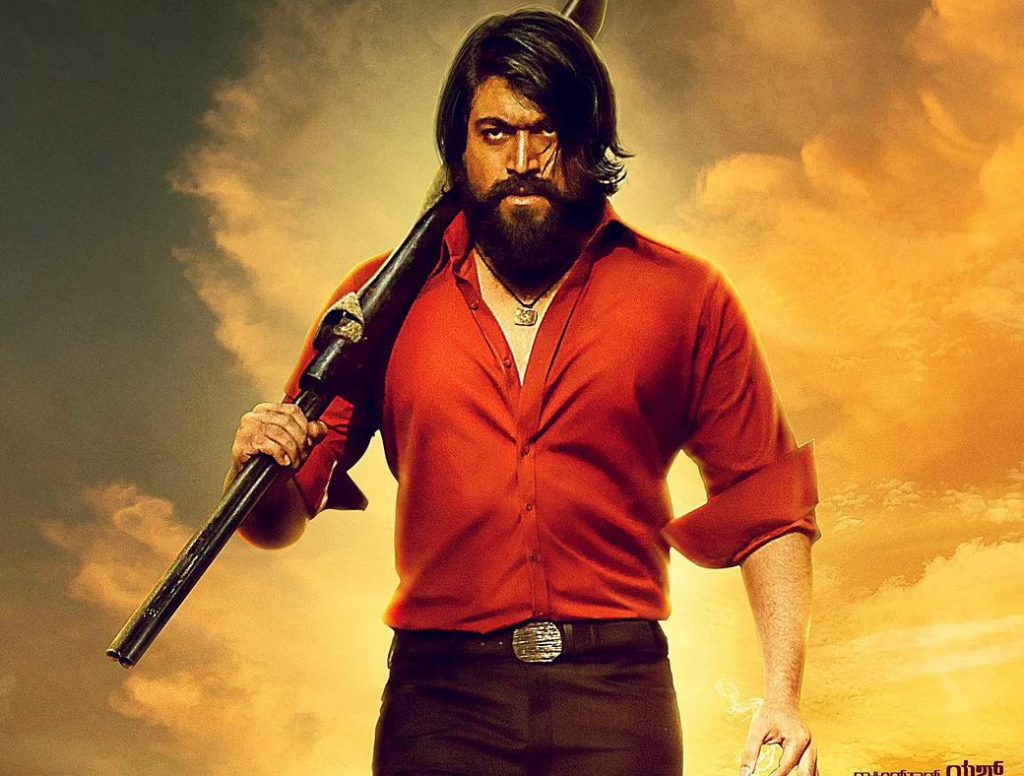 Starring Raj Kumar Rao and Bhumi Pedenekar in the main lead role along with Seema Pahwa and others, this comedy-drama is about a marriage of convenience. Shardul Thakur and Suman Singh enter into a marriage of convenience, but chaos ensues when her girlfriend comes to stay with them. The film is directed by Harshvardhan Kulkarni and produced by Junglee Pictures 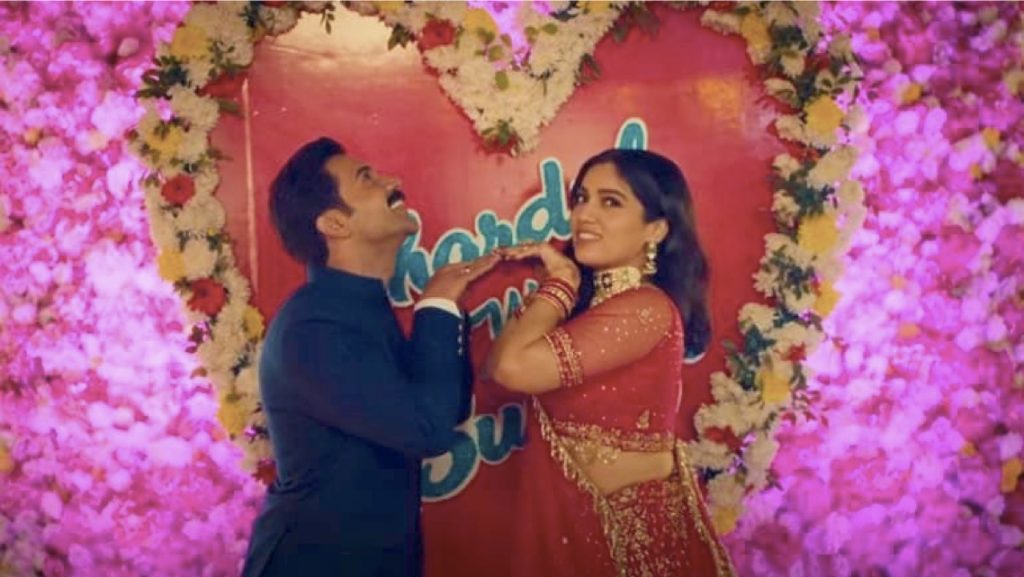 Directed by Anubhav Sinha, the movie features Ayushmann Khurrana, J.D. Chakravarthy, Andrea Kevichüsa, Manoj Pahwa, and Kumud Mishra. This political thriller is a must-watch. The film focuses on an undercover cop, who is on a mission to gain peace in Northeast India. 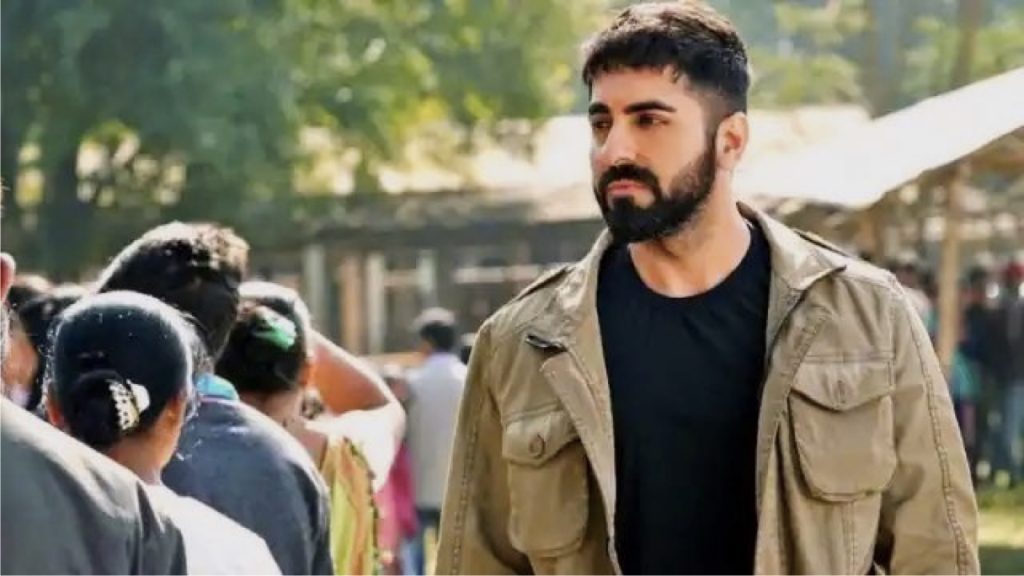 Produced by Mahesh Babu, the movie is based on the life of Maj. Sandeep Unnikrishnan, who fought against terrorists and was killed in action during the 2008 attacks at the Taj Palace Hotel in Mumbai, India. The movie stars Adivi Sesh, Prakash Raj, Sobhita Dhulipala, Saiee Manjrekar, Revathi, Murali Sharma and Anish Kuruvilla in key roles 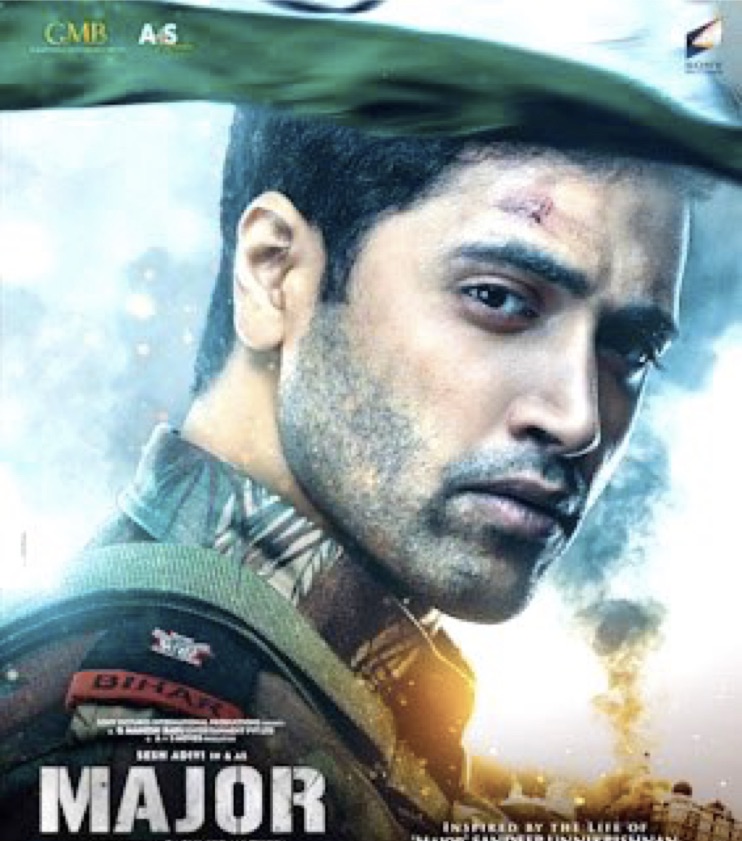 Starring superstar Kamal Haasan in the lead, Vikram turned out to be a blockbuster at box-office. The story is about Vikram, who follows the team of operatives, who are on a deadly operation of capturing brutal murderers.

Released in Jun 2022 in theatres, this comedy-drama film  dropped on Prime video recently. With a star cast of Anil Kapoor, Neetu Singh, Varun Dhawan and Kiara Advani, the movie is a light-hearted take on the complexities of marriage.

Based on the life of Samrat Prithviraj Chauhan, failed to create magic at the box-office. This Akshay Kumar starrer failed to impress audience at multiple levels. In case you want to watch this period film, you can stream it on Prime Video.

Based on the exodus of Kashmiri Pandits during the Kashmir Insurgency in the 1990s, The Kashmir Files became one of the most talked-about movies of the year. Vivek Agnihotri’s movie stars Anupam Kher, Pallavi Joshi, Darshan Kumar and Mithun Chakraborty. The movie was a huge success at the box-office. 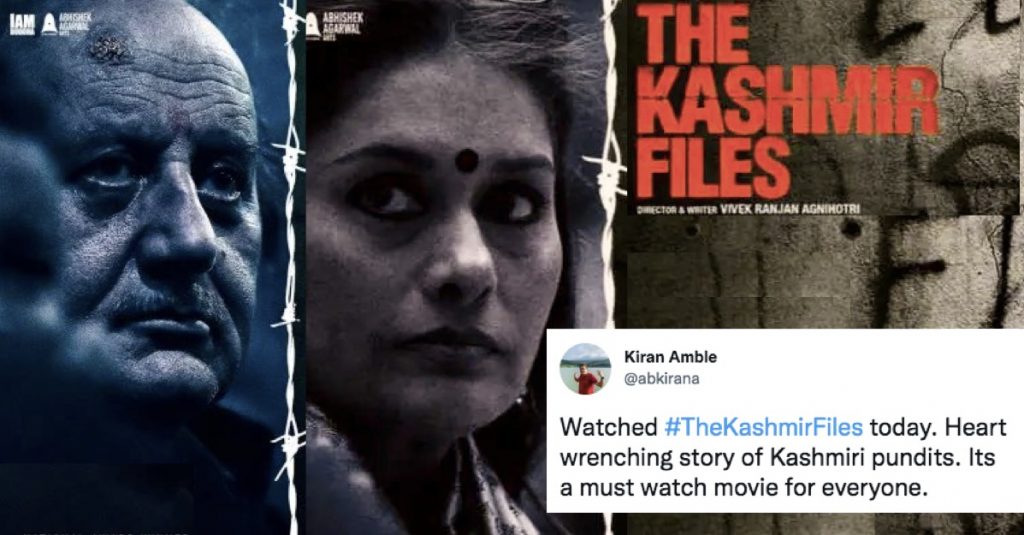 Jersey explores the idea of what makes a good father and how far one is willing to go, while cricket acts as the conduit to move the story forward. Jersey, the Hindi remake of the Nani-starrer 2019 Telugu film by the same name, is in equal measure, about cricket and a father-son relationship. 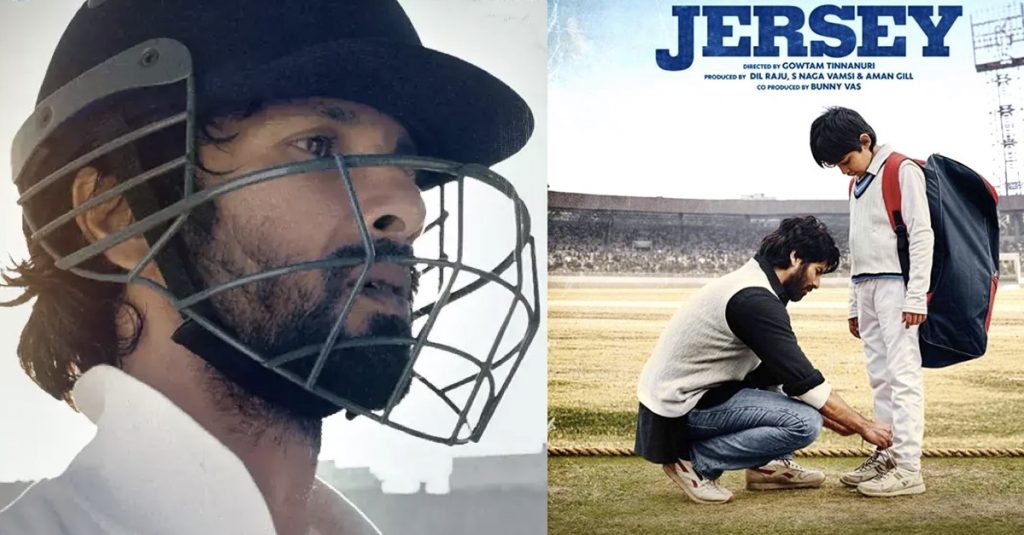 The hard-hitting Ranveer Singh starrer focuses on various social ills. From foeticide to masculine toxicity, this movie is one of the most progressive movies of all time. But, sadly, this well-made movie promoting an important message bombed at the box office. The movie only grossed Rs 23 crores. However, when the movie was released on Amazon Prime, it received a lot of love and appreciation from the audience. 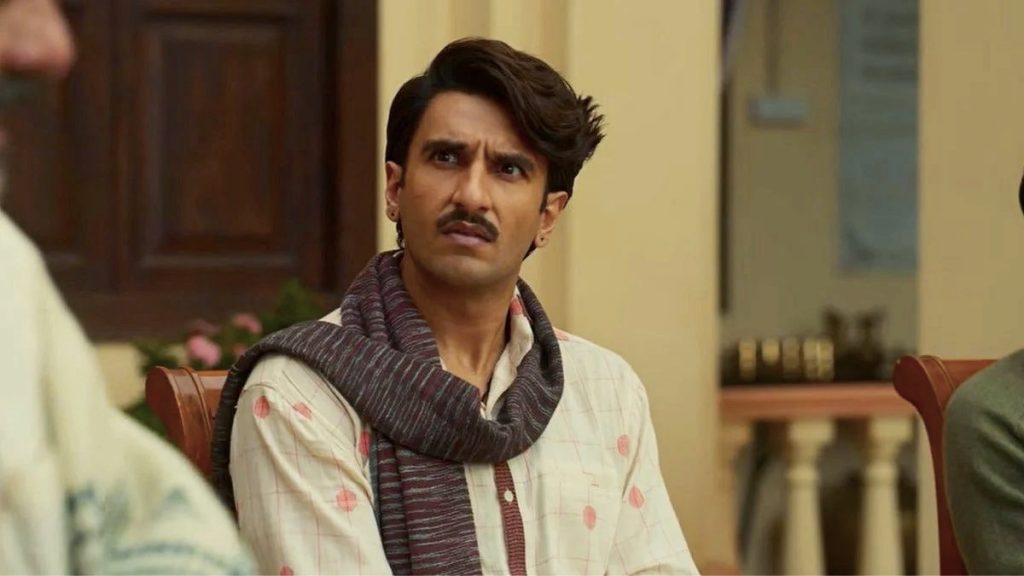