It is so disappointing how even in the 21st century, women are solely held responsible for unpaid domestic chores. From cooking to washing to managing everyone’s routines, these unthankful tasks are considered to be a woman’s job. It is sad how society expects women to bear the burden of these tasks all alone and that too without any appreciation or acknowledgment!

Sadly, Bollywood plays a big role in normalizing these over-the-top expectations as it keeps showing women (or mothers) as people who run the family, without falling apart as if they’re heroes and not normal people. Here are some scenes from Bollywood movies and shows that depict the pressure on women:

Recently, a scene from the Sakshi Tanwar’s series went viral for the same reason. This scene depicted how Sakshi Tanwar’s character despite grieving her daughter’s death, had to prepare tea for everyone who’s visited. Even after facing such a huge tragedy, she is expected to follow a routine that accommodates everyone else. And, sadly, when she almost fails at it, the only person who comes forward to help her, is another woman – her sister-in-law. 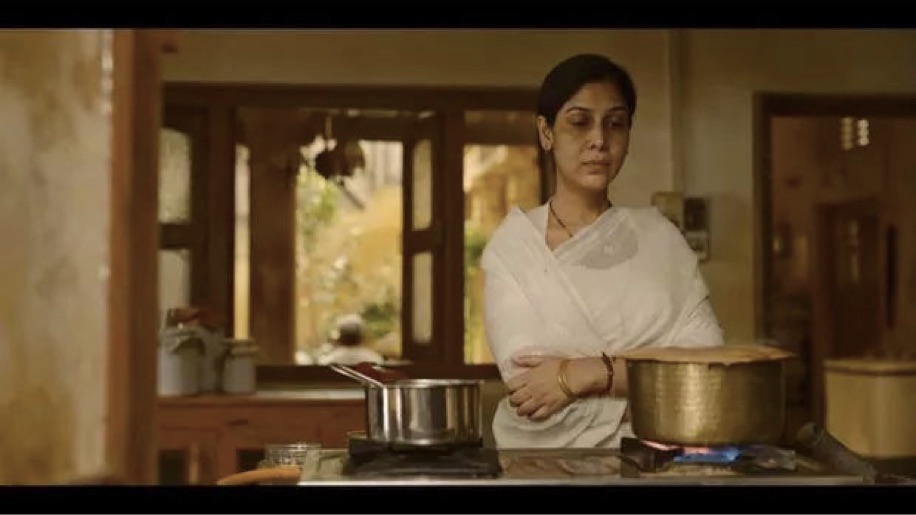 This Neena Gupta starrer is a short film from the anthology, Zindagi In Short. This movie tends to capture how society expects women to fulfill others’ needs. In a particular scene, Sudha (played by Neena Gupta) talks to her daughter over a call. The daughter tells Sudha to not let her father depend on her for everything. But, then, she directs Sudha to timely send the Pinnis she had asked for. When Sudha tries to talk to her daughter, she cuts the call in haste. This is a very honest depiction where families rely on mothers for everything, without taking care of their needs. 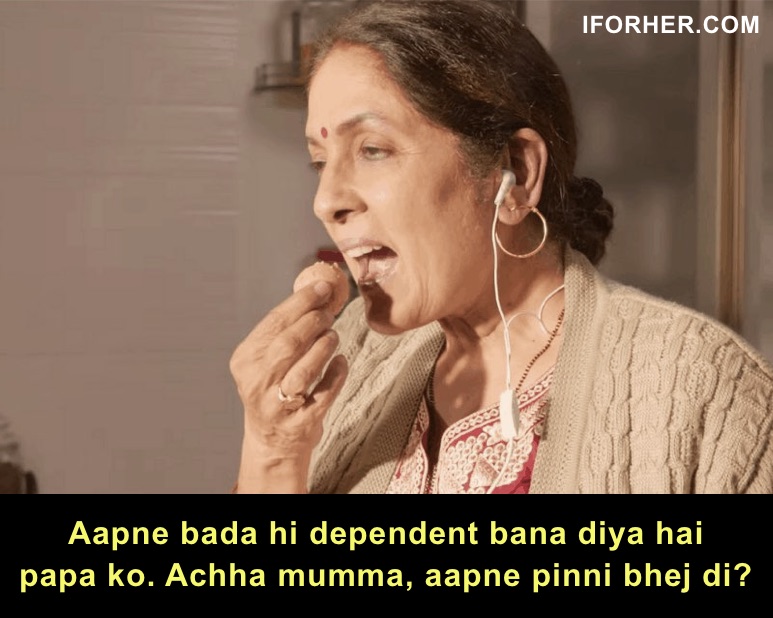 Thappad had so many inspiring messages for our society. In one scene, Amrita (played by Taapsee Pannu) takes care of the entire household without a complaint. Amrita is shown taking care of everyone’s needs in the house. From cooking to making sure that her husband wakes up on time, she does all of it as if it’s only her duty. And, when she has very little time for herself, she sips on her tea. Capturing the reality of so many Indian women, this scene shows how Amirta does all the work without realizing it. 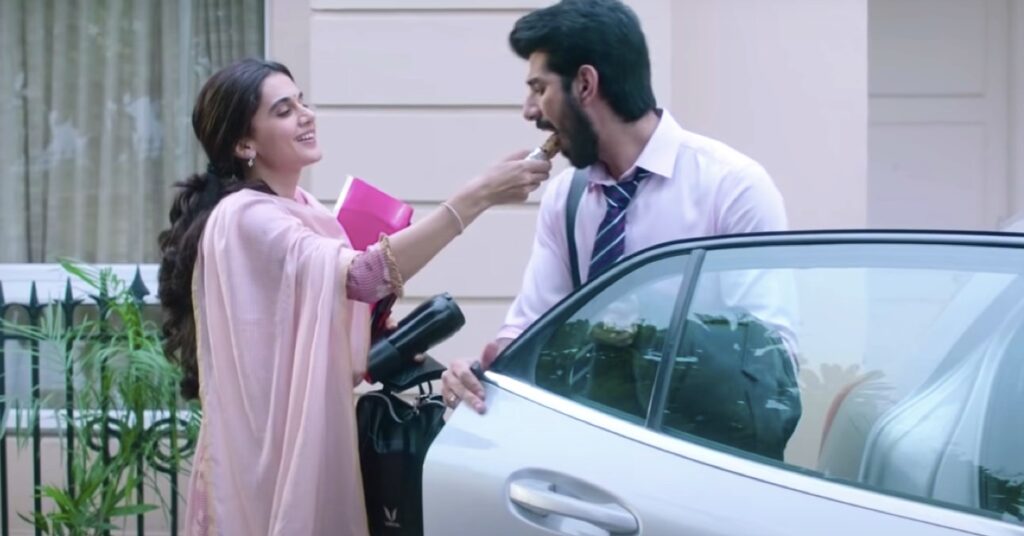 Ila – a homemaker tries to keep her husband happy with the food that he loves, but she hardly gets any recognition for it. In a scene, Ila is shown to be multi-tasking as she is shown getting her daughter ready for school, while she’s also running her daily tasks. It is shown how normal it is for women to do all the unpaid domestic chores. There is no division of the household chores with her husband. Something, that happens very often and is also normalized.

This movie touched so many hearts. While the movie focused on a mother-child relationship, it also showed how mothers are expected to be there, despite everything. In a brutally honest scene, Ishaan’s mother, Maya is shown multi-tasking as she teaches both her sons and makes sure that everything is in place. While she is expected to do all the work at home, she is also expected to take care of her sons and help them with school work. And, don’t forget, she’s also the only parent who’s there for her children emotionally. This movie shows how women are expected to keep doing the work, but when it comes to decision-making, they’re considered fragile. 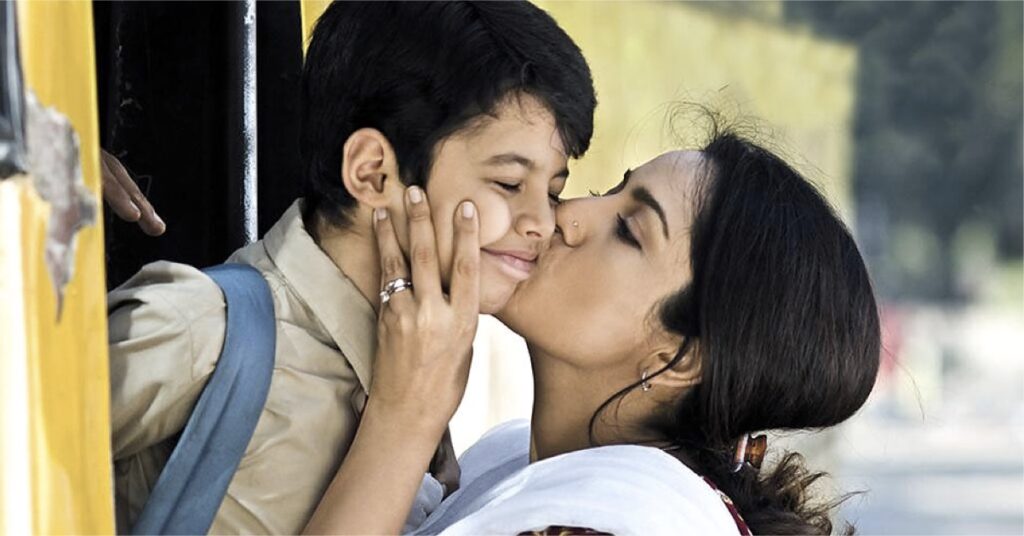 Focusing on the theme of grief and moving on, this movie has one scene where all the women of the house are prepping for meals in the kitchen – whereas, the men are getting ready or just sitting around. As the whole family is mourning, there’s a huge difference between the expectations from men and women. While men are expected to follow no routine, women have to keep doing all the domestic chores, while keeping it together.

This beautiful series is a funny tale of a middle-class family. In a scene, the 3 men of the house offer to help Shanti and cook one meal for her friends. And, by the end of this meal, they are so tired that they have no energy left to clean up the mess, or even cook dinner. It’s at that point that they realize the value of Shanti’s unpaid, and often, unacknowledged labor. 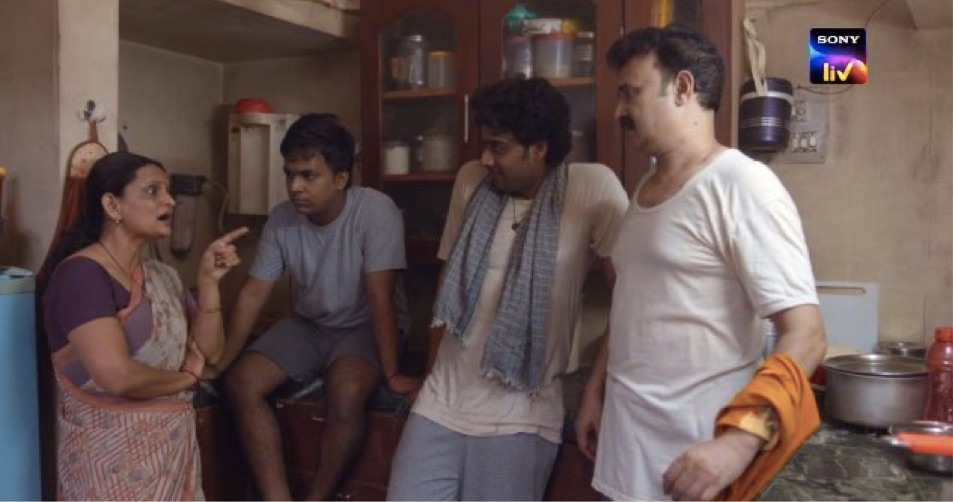 Even in this blockbuster, there is a scene, where Anjali is not only helping in the kitchen but also managing everyone in the house. This scene is an ugly reminder of how in our families, women are ‘supposed’ to manage everyone’s lives.

Even though Dangal is a biographical sports drama film, it still manages to showcase an important message on how society sees and treats women. Though the movie focuses on the father-daughter relationship, the movie also captures how wives are treated in many households. From not having a lot of say in the house to managing most of the household work on her own, Sakshi Tanwar’s character captures the ugly reality of many wives very honestly. There is a scene in the movie where she’s seen hurriedly working on preparing dinner for the family, without eating herself so that her husband is not disappointed.

In a scene, Priyamvada’s mother-in-law (Surekha Sikri) asks her (Neena Gupta) to check for hot water in the bathroom. As she’s already occupied making food for everyone in the house, Gajraj Rao’s character asks his son to check instead. But, at that moment, her mother-in-law intervenes saying that he shouldn’t disturb his son. Another reminder of how our families expect men to rest while women to grind.

It’s the 21st century and we feel society should rework its over-the-top expectations of women. It should stop holding women-only accountable for domestic chores. It’s high time, our men should step forward and start sharing the load.

*All screengrabs are from respective series and movies