Bollywood so-called superstars are struggling as their movies have tanked miserably at the box office in recent times. Be it SRK or Akshay or Salman, the audience and critics have rejected them in their recent performances. In the times when the majority of films are failing to attract audiences at the box office, there is one clear winner i.e. none other than our super talented actress Tabu. 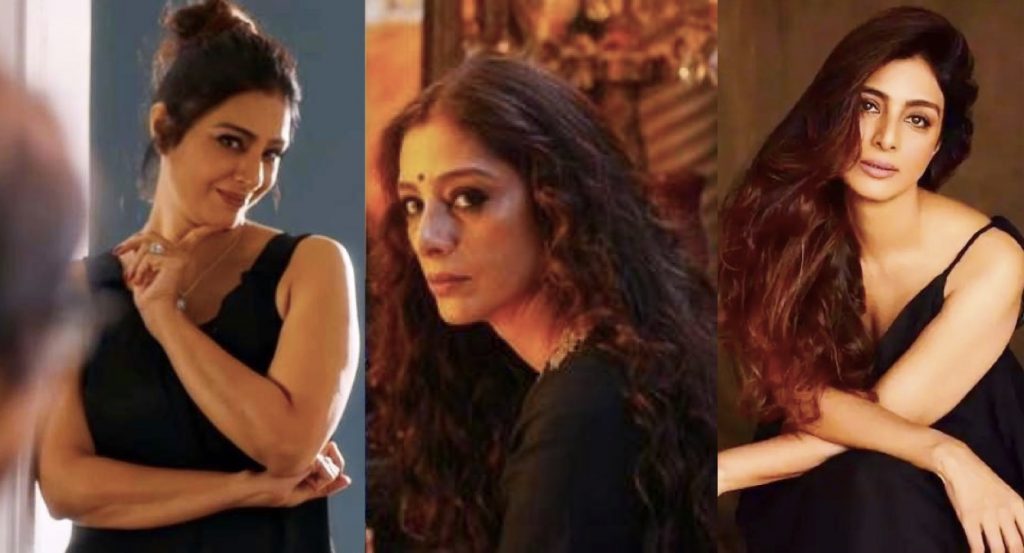 While the biggest superstars deliver flops, Tabu has been consistent at the box office for years now. Since 2014, Tabu has been giving one great performance after the other and what made us applaud her, even more, is how she stood out in each performance.

With Haider & Drishyam being a hit at the box office, Golmaal Again turned out to be a blockbuster. As per the various sources, here are the worldwide box office gross of four recent films starring Tabu:

And the two cameos that she featured include the Salman Khan starrer Bharat in 2019 & Saif Ali Khan starrer Jawaani Jaaneman in 2020. But, that’s not it. Tabu was also featured in a web series titled A Suitable Boy and won acclaim for her performance.

While the box office itself is a reminder of Tabu’s great talent, recently, one Twitter thread put it very aptly. Aniruddha Guha, the screenwriter of Rashmi Rocket (2021) and Malang (2020), started a Twitter thread discussing the performance of Tabu’s movies.

When we talk of ’90s stars still ruling the roost, we only ever mention the male actors. Most of Tabu’s last few films – #BhoolBhulaiyaa2, De De Pyaar De, Andhadhun, Golmaal Again, Drishyam – have been box office hits. Meaty parts in all. Faultless performances. True GOAT. pic.twitter.com/rYF2L29BIg

Unlike the so-called superstar, Tabu is leaving even the younger audience impressed with her talented performances. What sets Tabu apart is how she doesn’t imitate the role but inhabits them. And, that’s the reason why, be it Andhadhun, Drishyam, or Bhool Bhulaiyaa 2, we can’t imagine someone else in the roles she played.

What also sets Tabu apart is that she takes on parts you can’t imagine another actor in. Or may be she makes them her own to a point that no one else can cross your mind. She can be stoically poignant in a Haider, and then go full camp in #BhoolBhulaiyaa2. And nail both. KWEEN! pic.twitter.com/JGyt3WkBpl

Not only she made spectacular movies like Drishyam and Haidar extraordinary but also saved the sinking movies like Bhool Bhulaiyaa 2. In the midst of so-called superstars delivering below-average films, Tabu’s films never fail to impress.

In the industry dominated by male stars, Tabu has created a space for herself with not only great performances but also great box office collections. Tabu has proven herself to be the unsung superstar, who deserves more acknowledgement and praise.