The immense success of Ajay Devgn starrer Dirshyam 2 has left everyone surprised. In the times, when Bollywood movies are struggling at the box office,  Drishyam 2 is making waves. The movie has performed so well that it has exceeded the expectations of the makers as well.

In one of the interviews, Abhishek Pathak shared how he is stunned by Drishyam 2’s success. As per various sources, the film has earned almost Rs 89 crores in just four days. While many are calling Drishyam 2 Bollywood’s comeback, Ajay Devgn has a very intelligent take on it.

During a recent interview, Ajay Devgn shared his two cents if Drishyam 2 will revive the failing Bollywood! While many people may be calling Drishyam 2 Bollywood’s savior, here’s what Ajay Devgn said that made a lot of sense.

While answering the question – If Drishyam 2 is the tonic for ailing Bollywood, Ajay Devgn said to Variety, “To talk about tonic, I feel it needs three or four Drishyams — that is what is required, I hope this is the beginning,”, quoted by IANS.

He further added, “The bottomline is all about entertainment. Also, when I watch a film, I really need to enjoy it, whatever the kinds of emotion it has.”

“I feel it is not very easy to make entertaining films — you have to keep the audiences engaged for two and a half hours. And audiences have become very smart, so you can’t just give them bullshit. Even when you talk about entertainment in commercial cinema, you have to give them something new,” he said. 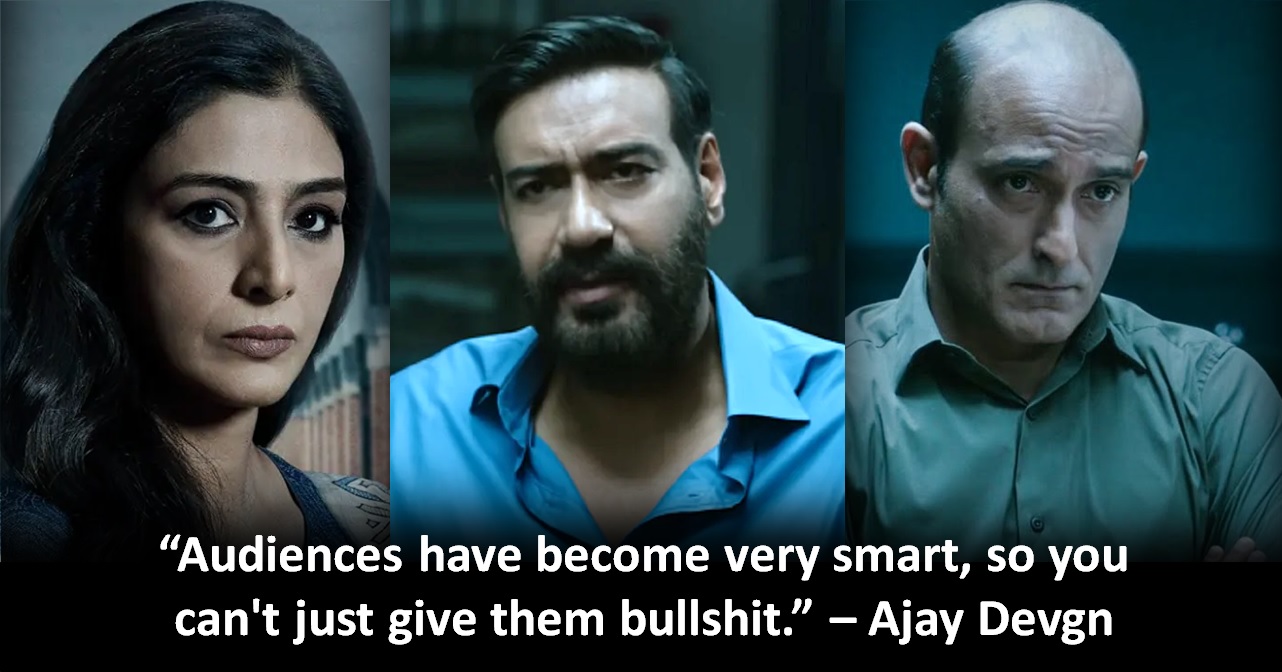 In recent times, Bollywood has blamed its audience for the movie’s failure. From Sanjay Dutt to Arjun Kapoor, many celebs have blamed the audience for not watching their films. For a change, Ajay Devgn has spoken about how the audience of today is intelligent and won’t accept any bullsh*t!

But, thankfully, finally, someone has shared an intelligent take on the Bollywood movies’ failure at the box office. Rather than shaming the audience, how Ajay Devgn showed respect for the audience’s intelligence and their changing tastes makes you admire him even more.

We hope many more Bollywood celebs will seek inspiration from Ajay and rather than blaming the audience for their movies’ failures; would focus on their craft and give the audience better movies.

Have you watched Drishyam 2 yet? Did you like the movie? Tell us in the comment section below.