From time to time, our celebs make dumb statements that make us wonder how they could be so stupid. While promoting her movie – Laal Singh Chaddha – Kareena Kapoor Khan made a stupid and dumb statement that irked the internet.

As the call to boycott Laal Singh Chaddha trends over the internet, Aamir Khan and Kareena Kapoor are trying hard to promote the movie, which took many years to be ready for the cinema halls. 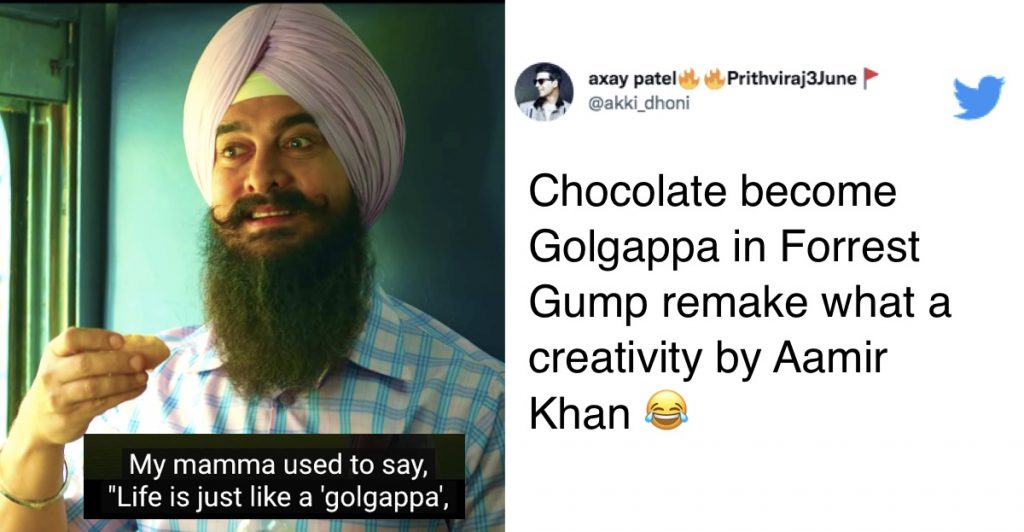 Recently, Kareena Kapoor during a promotional internet made a dumb statement that left netizens irked. While trying to explain how ‘’Laal Singh Chaddha’ could be new for fans, she used some really problematic words. Though Kareena was trying to say that since Forrest Gump is an American movie many Indian haven’t seen it. She further added how for them “Laal Singh Chaddha” will thus just be a story and not a Forrest Gump remake.

While talking to News18, Kareena tried to explain why ‘Laal Singh Chaddha’ would be a new experience for many Indians as”many” would not have seen the original movie—Forrest Gump. 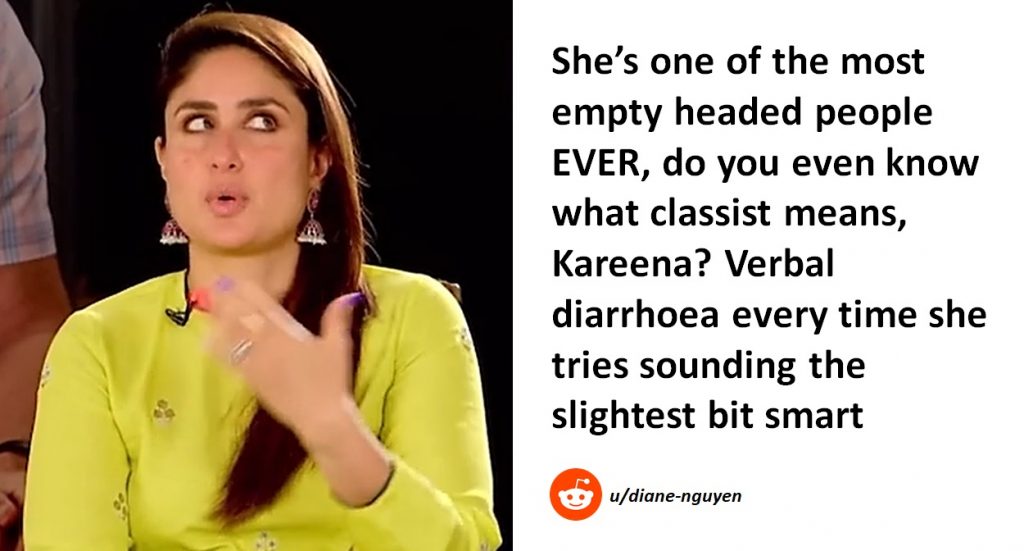 But, as Kareena continued, she went too far when she called LSC an elitist kind of classist film. In her interview she said, “No, because it’s an original adaptation in a different language. Our language and our sentiments are very different from theirs also. So, we’ve adapted it for our Indian screens, and I’m sure people would enjoy it. But many people still haven’t watched ‘Forrest Gump’…the masses would not have seen. It is an elitist kind of classist film. So they (Indian audience) will see it for a story, not because it’s a remake of ‘Forrest Gump’.”

In no time, this particular segment of Kareena Kapoor’s interview started going viral. In a now-viral Reddit thread, many netizens schooled her for mindlessly using phrases. Some called her to stop her mindless use of words, the others asked her not to memorize words from the dictionary.

Reacting to Kareena’s dumb statement, here’s how the internet reacted:

“This is why someone got to tell Bebo not to memorize thesaurus the night before.” – beijingbikini

“Is she even hearing herself? The tiny pause after saying it! She herself realized that it has come out so straight” – Prize_Technician1314

“So the rumors are correct that she is an ultra bimbo, and I had always liked her. It’s annoying to see these celebrities make dumb statements and get away with it. If we only could cancel BW for a month.” – granolasauce

“Forrest Gump an elitist film? It was a huge mainstream success that everyone saw. Hollywood by default is elite to these people.” – SherKhanMD

“That’s why children you must get an education. Classist, archake wtf” – Traditionalcow82

“God she’s one of the most empty headed people EVER, do you even know what classist means, Kareena? Verbal diarrhoea every time she tries sounding the slightest bit smart” – diane-nguyen

“At this point the LSC team should release press memos for promotion instead of their actors doing promotional interviews. Train wreck this lady has been for this film.” – Blurrlannister

“We have Aamir who is literally begging people asking them to watch the movie and on the other side we have this snob who keeps pushing people away from the movie. Great jodi!” – schrute_dwight1

This isn’t the first time, Kareena Kapoor Khan has been trolled for her statements. It is quite disappointing how our so-called celebs make such dumb statements on the national platforms without any regret.

What do you think about this statement? Tell us in the comments!