IITs are the most reputed colleges for getting a B.Tech. in India. It is like a dream come true for Indian students to be able to make it to IIT. Most of the IITians work in reputed firms all over the world, but there are some who are inspiring millions. They are CEOs, owners, actors, comedians, chefs, politicians and many more. Each success story is different and has so much to inspire all of us. Read the story of 18 of the best IITians of India who chose to lead instead of being led. 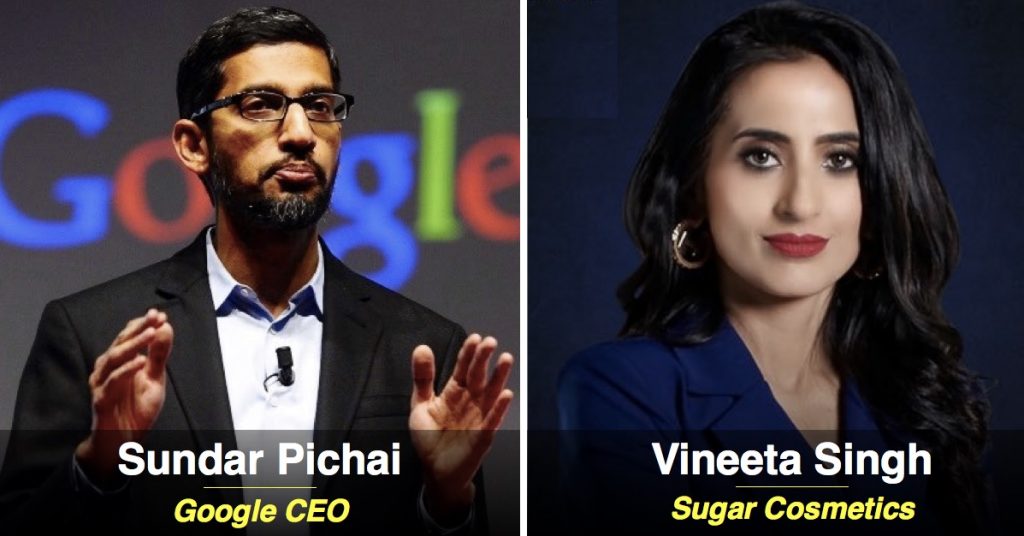 Born in Madurai, Tamil Nadu, Sundar Pichai is the CEO of Google and Alphabet and serves on Alphabet’s Board of Directors. He studied B.Tech in Metallurgy Engineering from IIT Kharagpur. Sundar Pichai is among the most successful and well-known personalities across the globe. 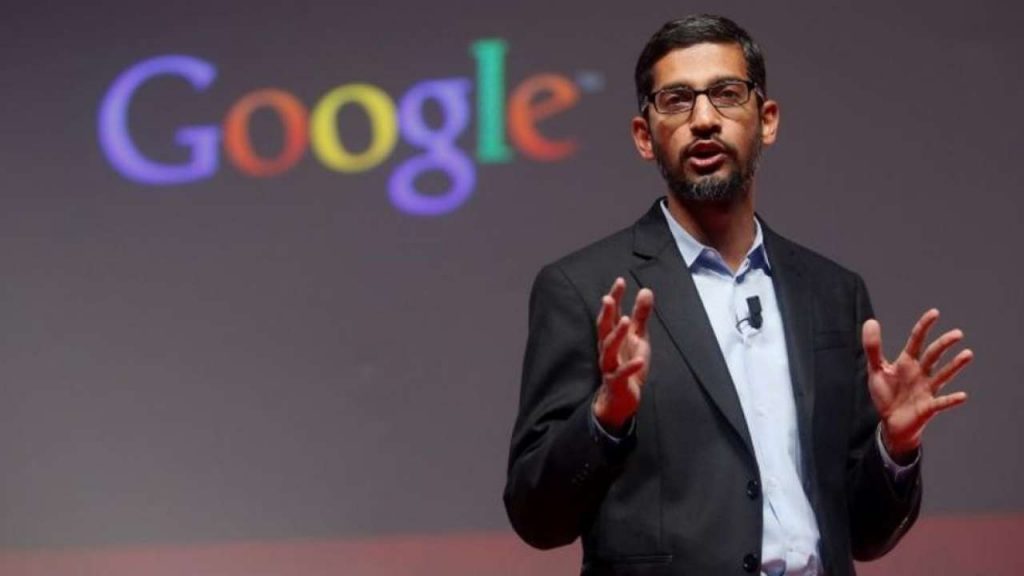 Graduate in Computer science from IIT Bombay, Bhavish Aggarwal is the co-founder of Ola Cabs. He was included in Time magazine’s 100 Most Influential People of 2018. 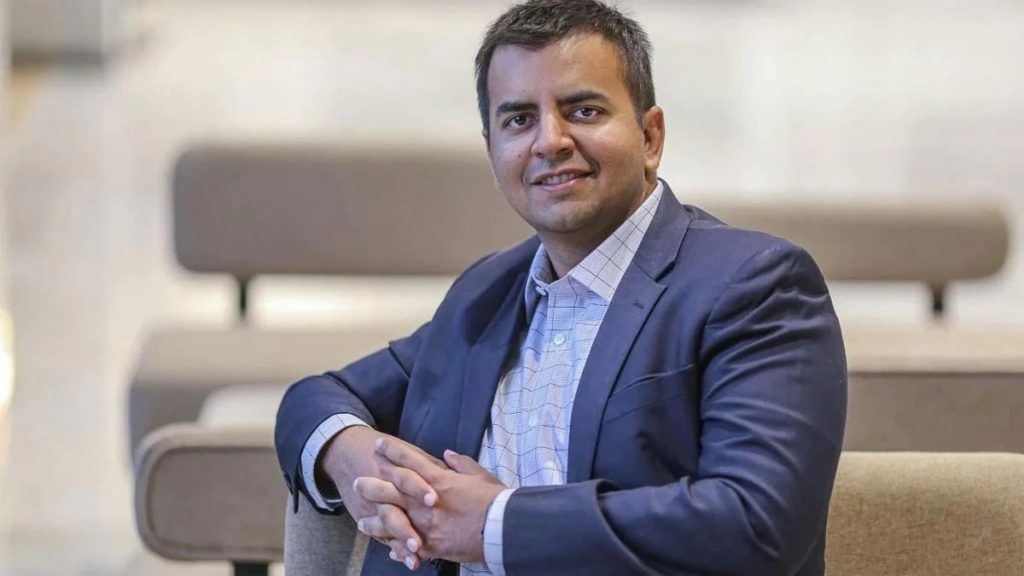 Vinod is one of the best IITians from India and is a well-known personality all over the world. He studied at IIT Delhi. Vinod Khosla founded Khosla Ventures, a Silicon Valley venture capital firm. He was on the Forbes 400 list in 2021. 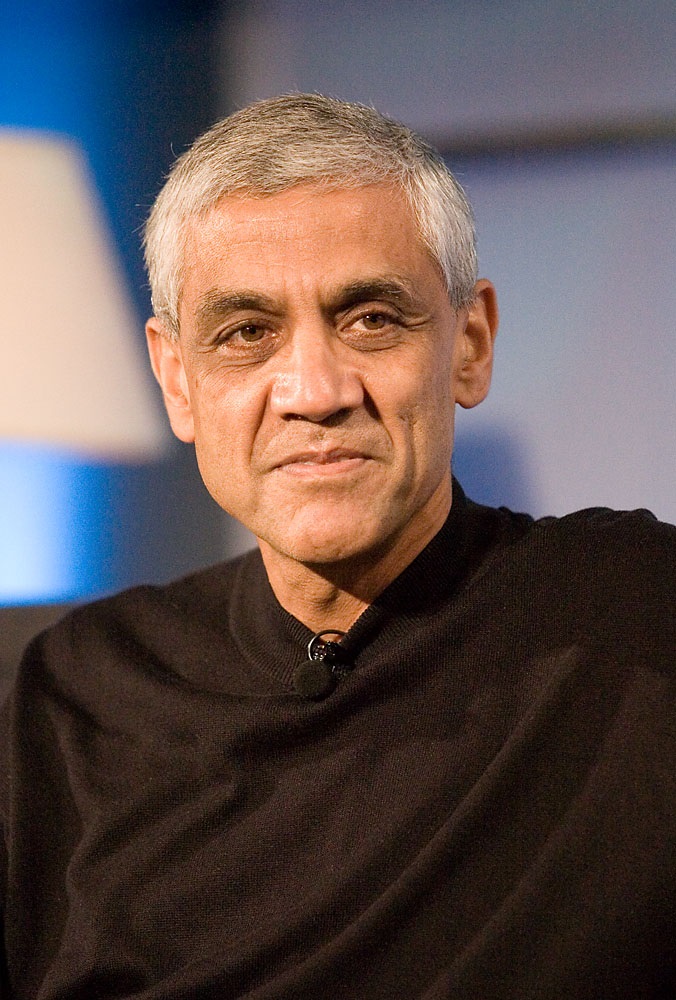 Chief Minister of National capital Delhi and founder of Aam Aadmi Party, Arvind Kejriwal is among the best IITians of India. Engineer turned politician, Arvind Kejriwal was a notable member of the anti-corruption movement in India. 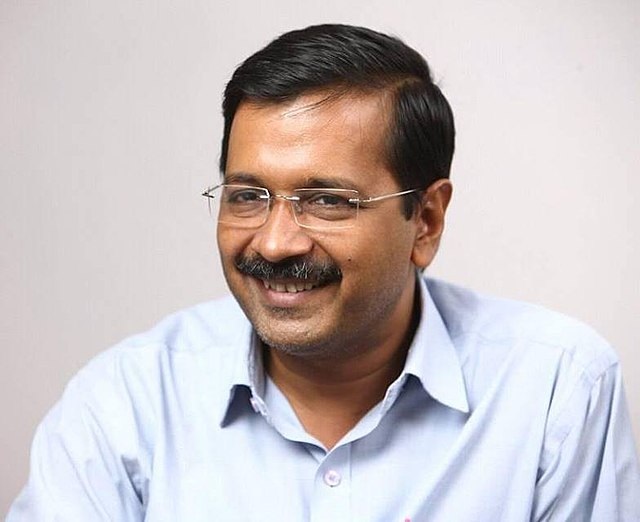 Kiran Bedi, who did her PhD from IIT-D’s Department of Social Sciences in 1993, became the first Indian female officer in the Indian Police Service and started her service in 1972.

Raghuram Govind Rajan is on the list of best IITians of India who are doing wonders. He received the Director’s Gold Medal from IIT Delhi in 1985. He is an Indian economist and the former Governor of the Reserve Bank of India. 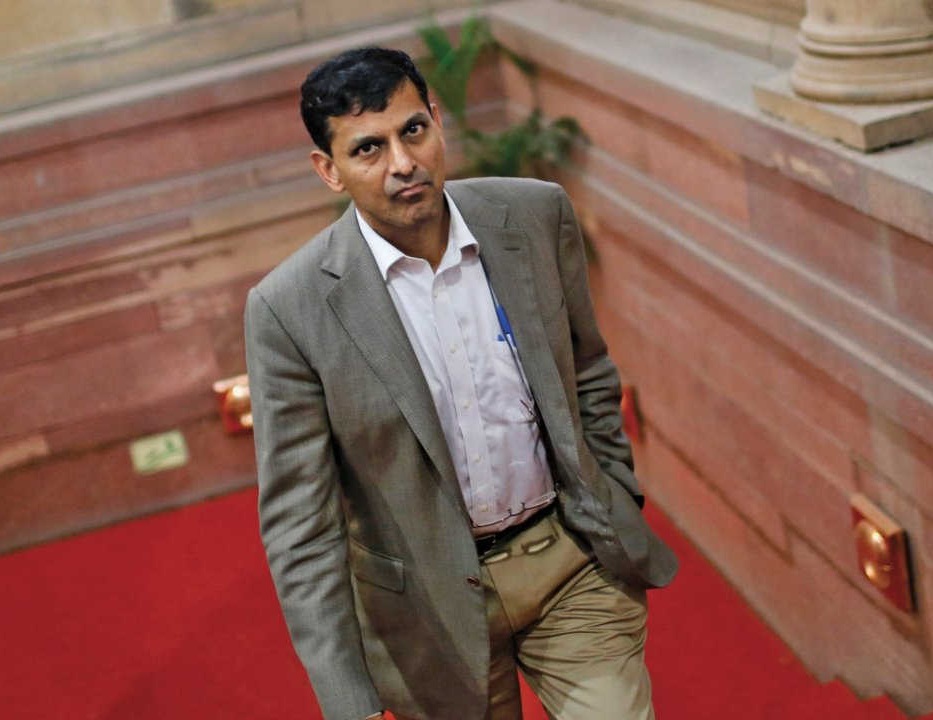 With a degree in Mathematics and Computing from IIT Delhi, Deepinder founded India’s biggest food discovery & delivery app Zomato. Before starting his own venture, Deepinder Goyal worked with Bain & Company. 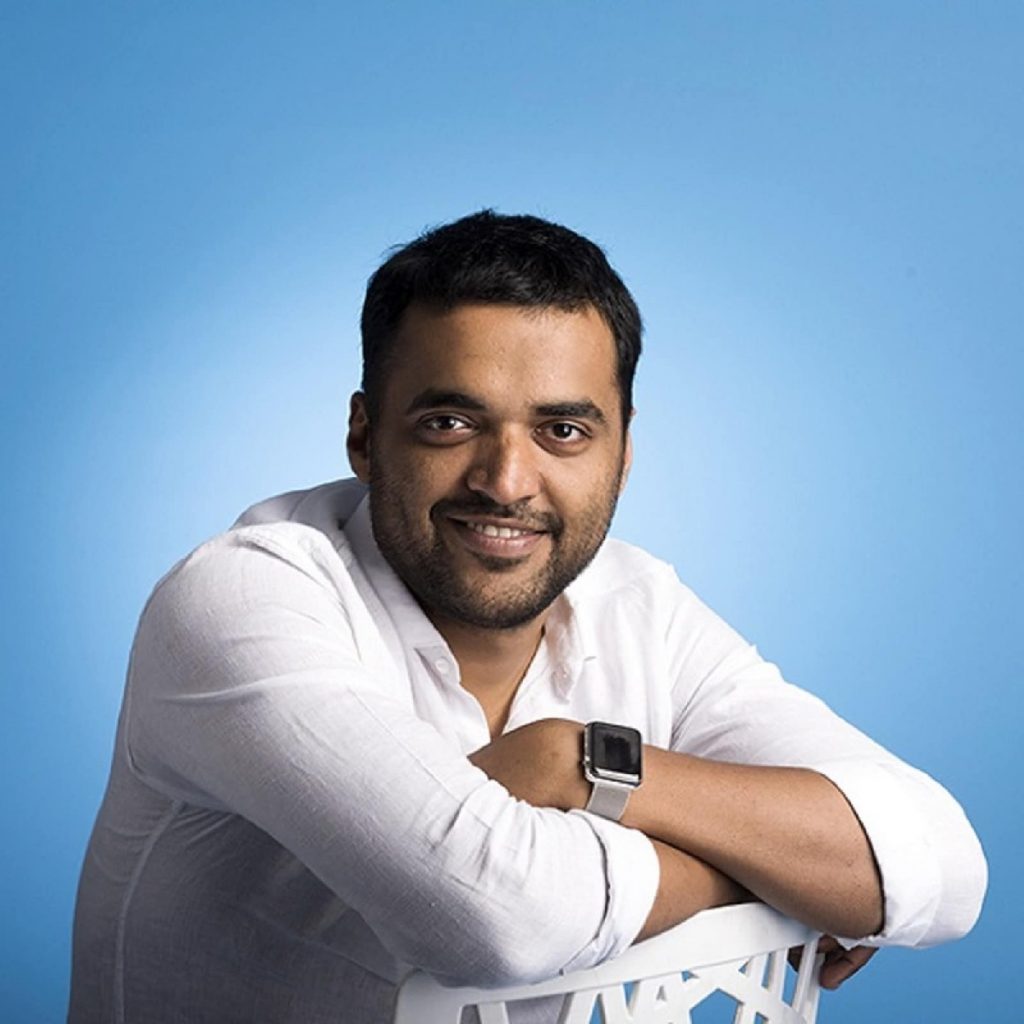 Columnist and author of India’s bestselling books, Chetan studied at IIT and IIM. He was included in Time magazine’s list of World’s 100 Most Influential People in 2010. 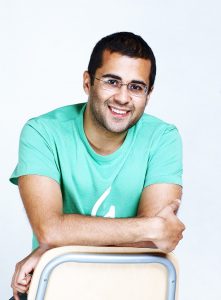 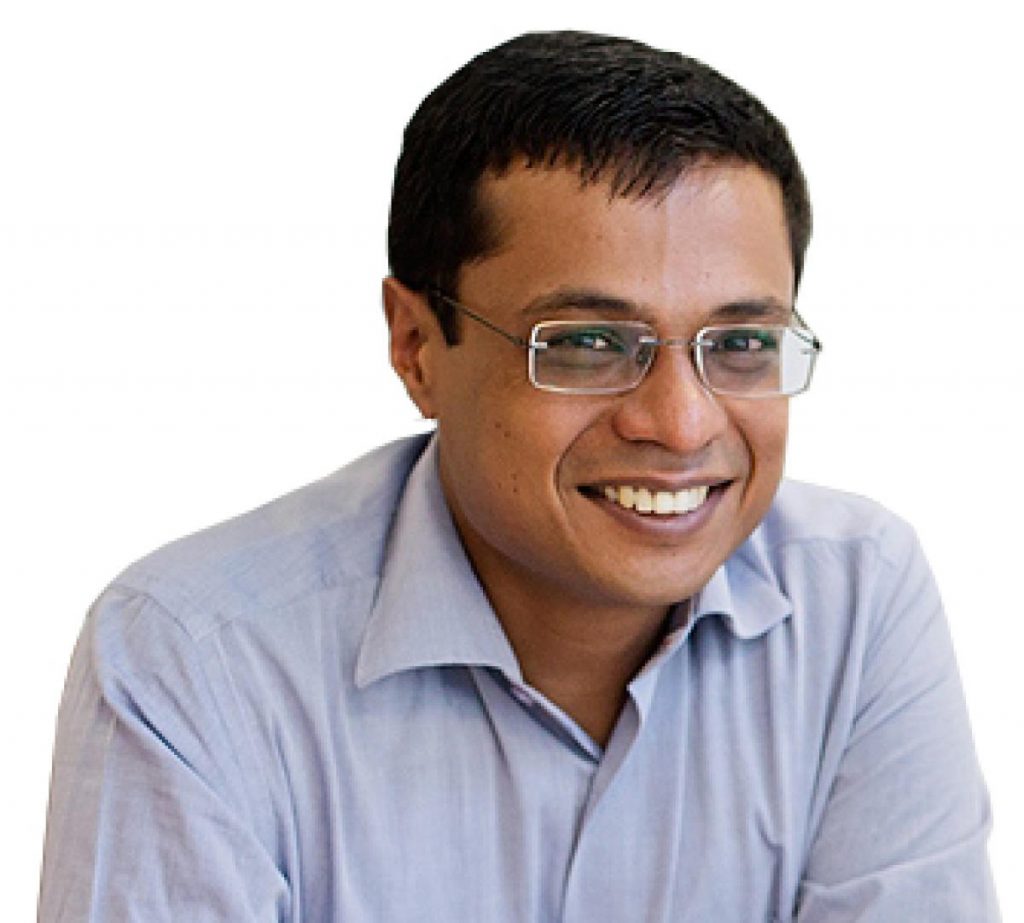 Ruchi Kalra is an Indian entrepreneur, who is the co-founder of OfBusiness and Oxyzo Financial Services startups that turned into unicorns. Alum of IIT-Delhi, Ruchi did her MBA from the Indian School of Business, Hyderabad. 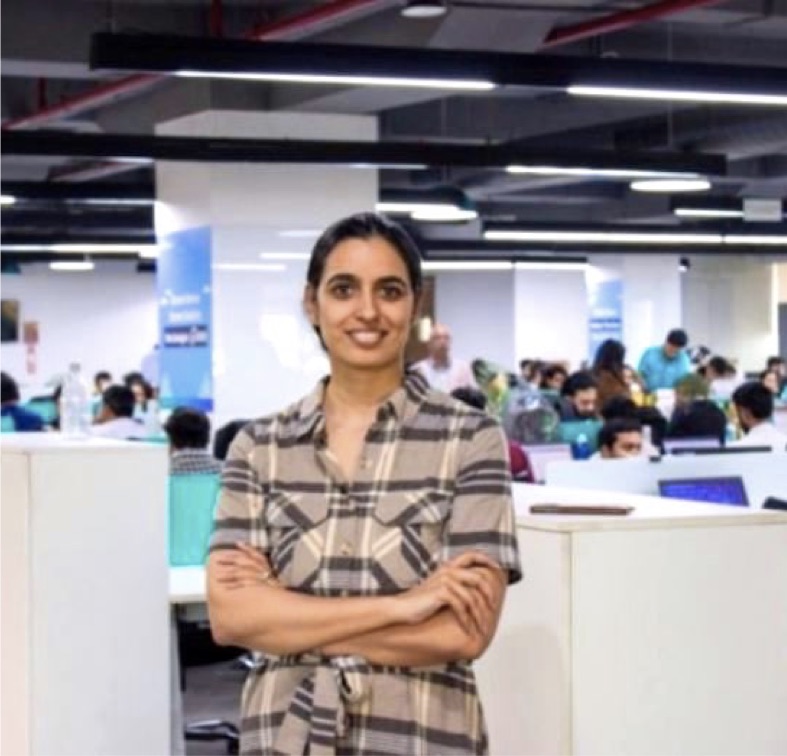 The face of the Web-series, Panchayat and TVF’s Kota Factory, Jitendra Kumar aka Jeetu Bhaiya probably tops the list of IITians who became successful actors. He earned B.Tech. degree from IIT Kharagpur, and went on to choose a career in a completely different field. 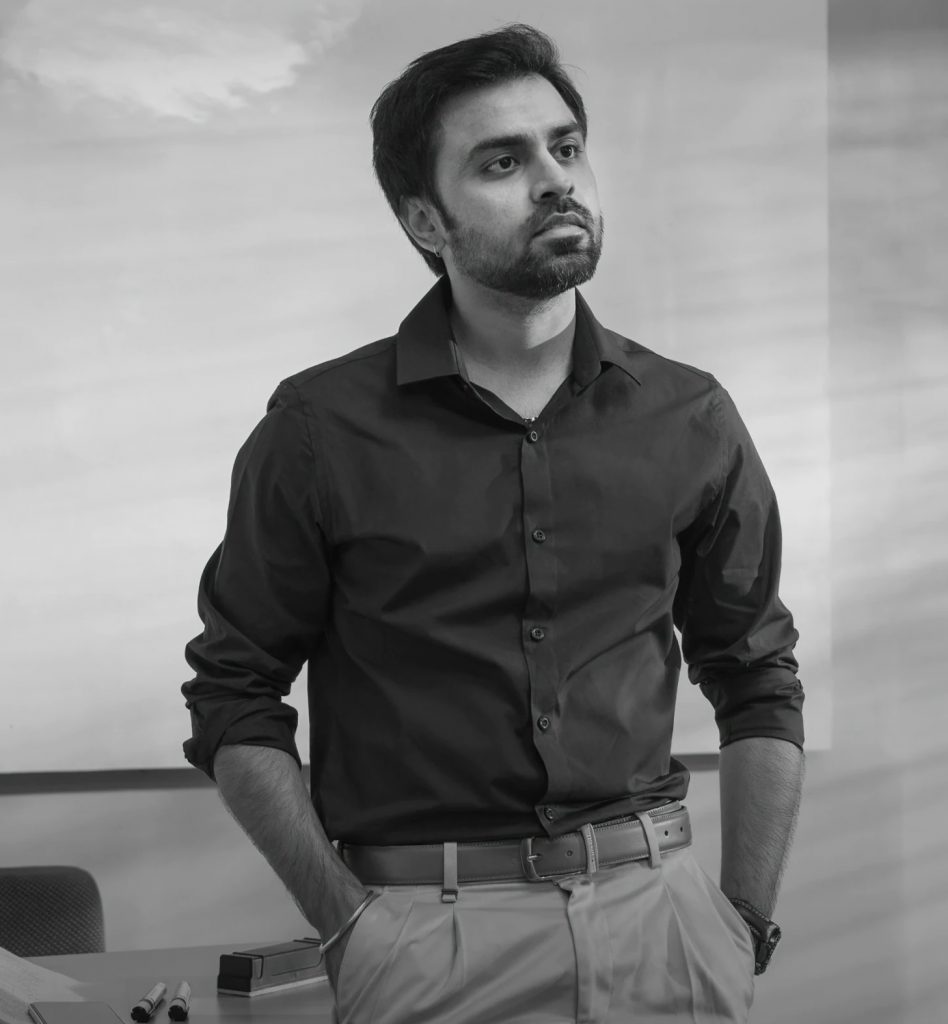 Graduated from IIT Madras, Vineeta Singh is a famous Indian entrepreneur, who co-founded Sugar cosmetics with her husband. You can read her inspiring story here. 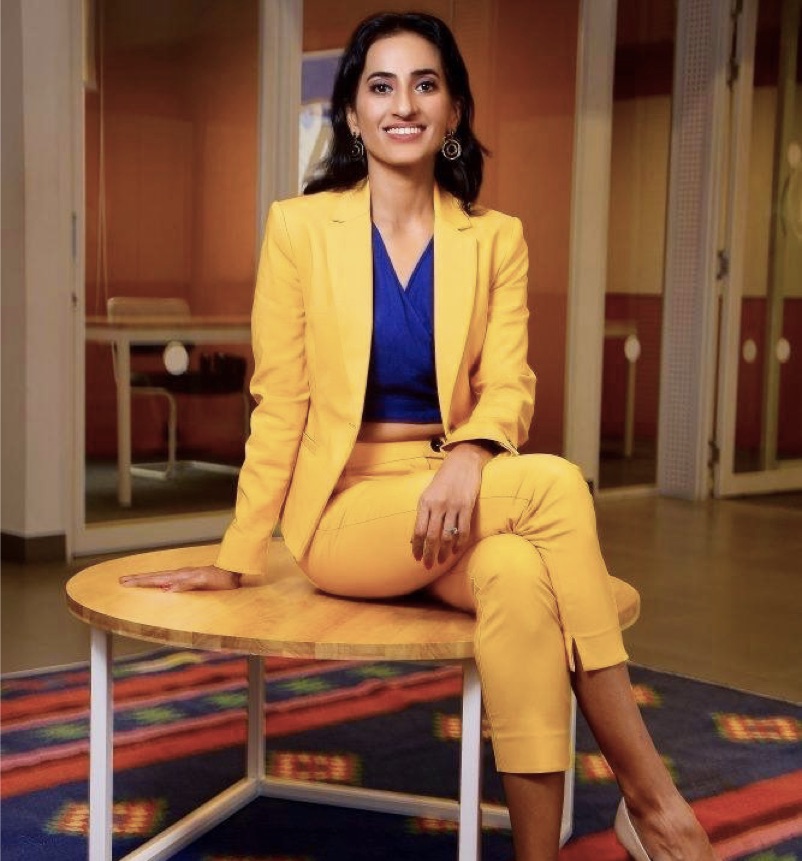 Graduate from IIT Delhi, Rohit Bansal is an Indian entrepreneur who co-founded Snapdeal, an e-commerce company. 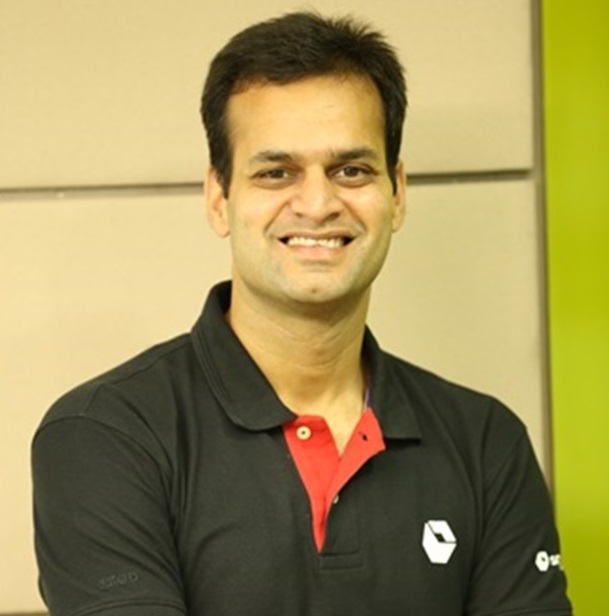 The founder of Springboard earlier known as SlideRule is a platform that encourages learning and provides an alternative to the education system, Parul Gupta, is not just a student of IIT but of Wharton and UCLA. 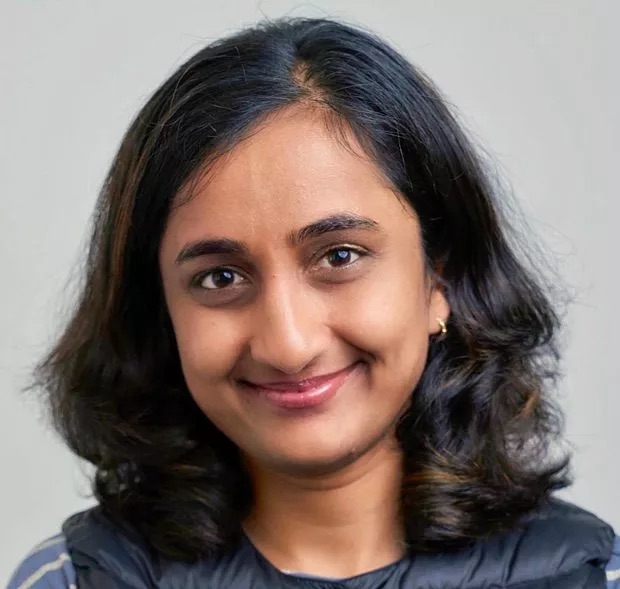 He is on the list of best IITians of India who quit their full-time job to pursue their passion. Biswa Kalyan Rath is a stand-up comedian, writer, YouTuber and best known for his work in Netflix’s comedy film Brahman Naman. 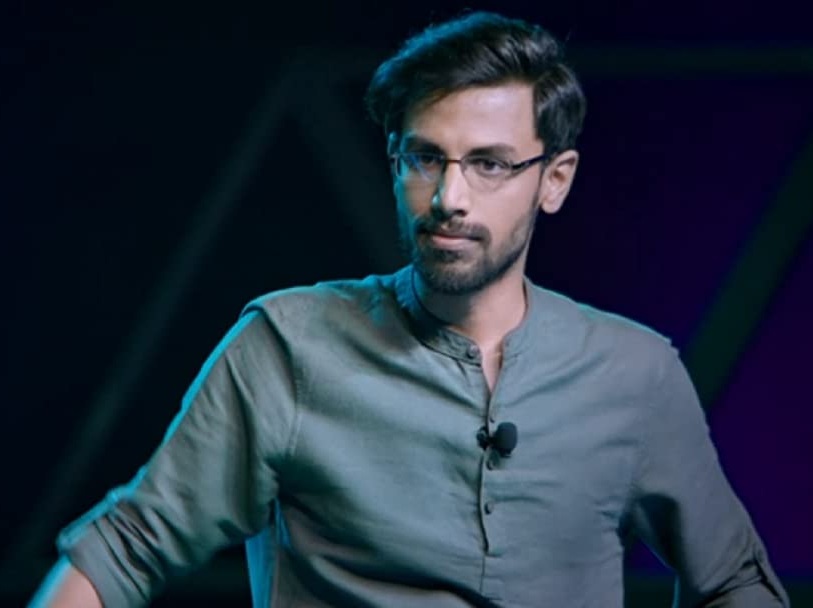 Manohar Parrikar was the first IITian to become a Chief Minister in India. He served as the chief minister of Goa three times and did great work for the state. He was also the Defence Minister of India between 2014 to 2017. 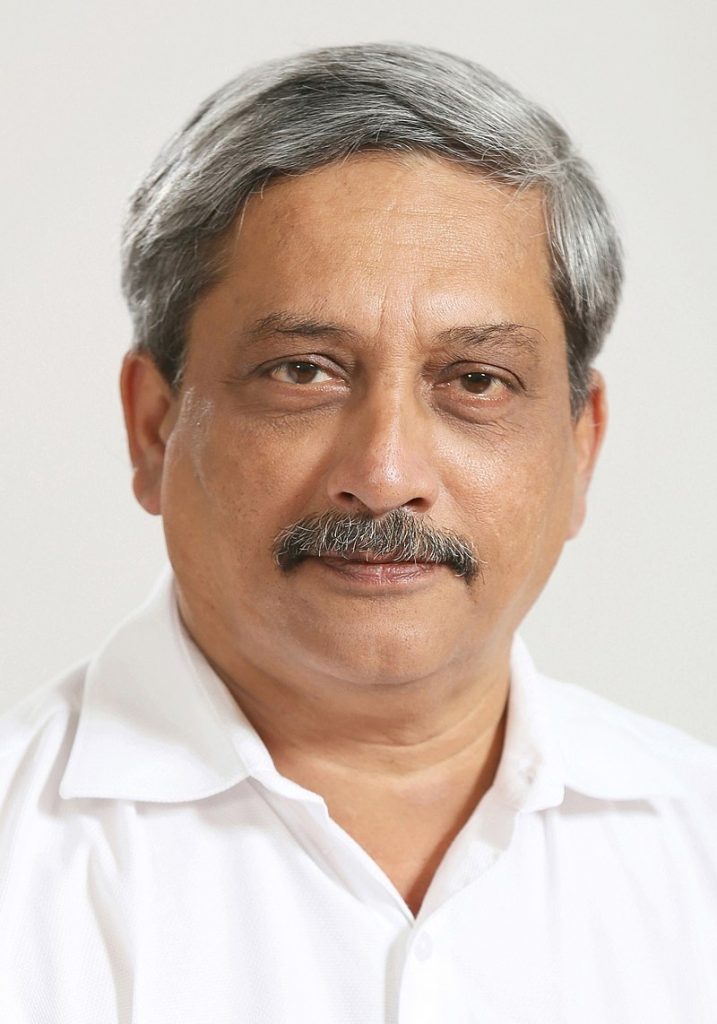 Gazal Kalra is an IIT-Delhi alumnus and holds an MBA degree from Stanford University Graduate School of Business besides a Master’s degree in Public Administration from Harvard Kennedy School of Government. Post studies, Gazal joined hands with Deepak Garg to co-found one of the most successful yet challenging venture – Rivigo.

He is the co-founder and former chairman of one of India’s largest technology companies, Infosys. Murthy also received India’s highest honour, the Padma Shri, in the year 2000. 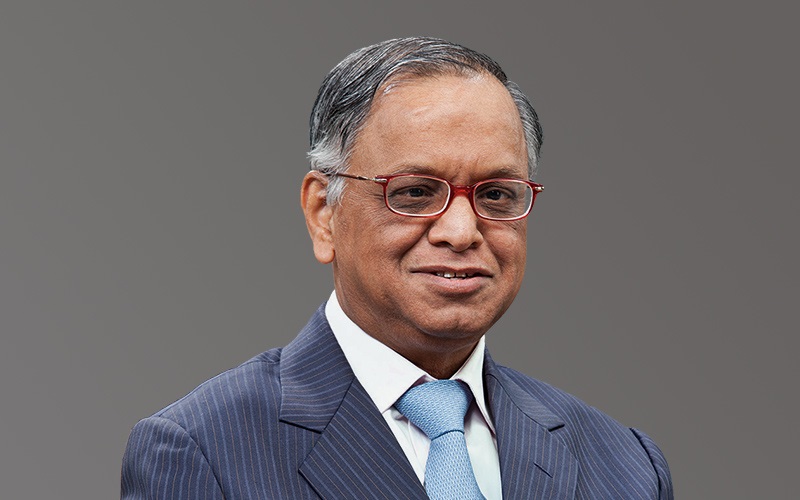 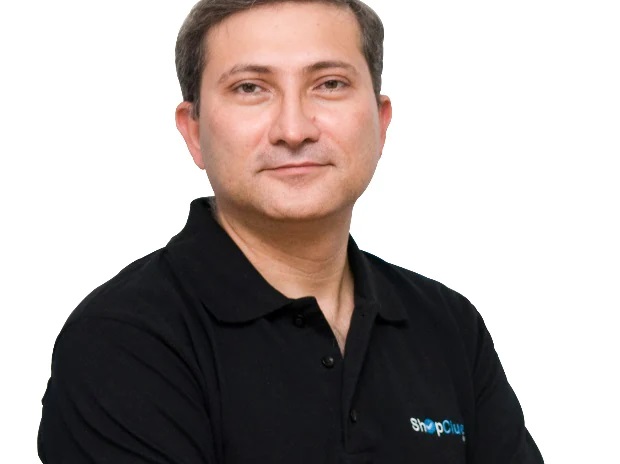 Anu Meena is running a company named AgroWave which aims to help farmers and is also an alumnus of IIT Delhi.

Last but not least on the list of best IITians of India, is the current CEO of Twitter, Parag Agrawal. Born in Ajmer town of Rajasthan state, he completed his education at IIT, Bombay and Stanford University. Parag joined Twitter in 2011 and went on to become the CEO in November 2021. 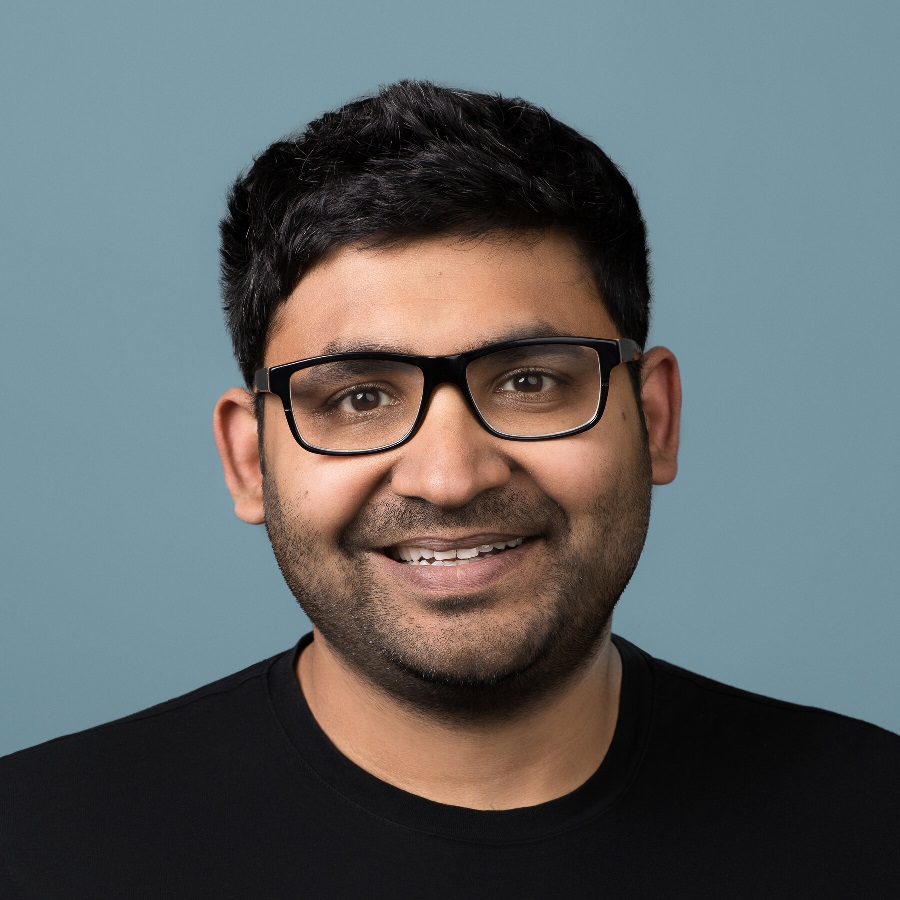